What’s coming to replace it is something with all the benefits of gold, without all the troubling aspects.

Nomad Capitalist CEO, Andrew Henderson, recently interviewed Michael Saylor, which you can view in the video below.  Saylor’s company has moved its treasury into Bitcoin and now owns almost 71,000 bitcoins.

And he couldn’t be happier about it.

In this article, we’ll examine why Michael Saylor believes Bitcoin is the up and coming digital gold, what the implications of that are, and why you should get in on the action now.

Michael Saylor on Why You Need Bitcoin

Michael Saylor was a skeptic of Bitcoin until last year. He felt it was just online gambling and not something he needed or really even understood. However, with the lockdowns last March and the changes brought about by the pandemic in 2020, he began to reassess what he knew about finance and economics.

The challenges of the pandemic brought an aggressive fiscal response by central banks around the world. The real result of that was that the money supply that had been expanding by 5% every year, started expanding by 20-25% during this year. It’s now expected to have a monetary inflation environment more around 15% a year for the next 5 years – instead of 5%.

As Michael noted, what happens when the cost of capital goes to 15% is that companies will need to change how they’re operating in order to get bigger returns to keep up. The 8% returns from our current market will not be enough.

The only way you get over the hurdle rate is to either grow 20%, like Amazon, Google, or Facebook, or to leverage up. You have to borrow billions, buy back stock, cut your share count in half and that will leverage up your cash flows which are growing less than that cost of capital.

When the monetary supplies are expanding at 15% a year, that shakes people out of their comfort zone and into a search for something new. That’s how Michael Saylor discovered Bitcoin. He needed a safe haven asset that was not pegged to fiat cash flows.

He has compared owning Bitcoin to owning a block of Manhattan in cyberspace. It’s a long duration, safe-haven asset. You can’t debase it. It’s not a fiat-based derivative like a bond or a stock.

So, if you’re looking to the long term, Michael Saylor says owning bitcoin is like encrypting your monetary energy in a way that will preserve it without any degradation over the long term.

He pointed out how businesses that are plugging into this digital monetary network are working. Whereas businesses running on top of traditional fiat Euros and dollars are choppy. The road to success is through Bitcoin.

Why Bitcoin is the Next Big Technological Advancement

Michael Saylor predicts that we’ll start seeing an avalanche of smart CEOs and high net worth individuals switching over to Bitcoin.

He pointed out that while gold got 18% returns this year, if you bought Bitcoin, you got 290% returns – and that has been going on every year for a while now. Bitcoin has been running 200% on average every year for the past decade.

So, Michael Saylor’s answer to what will happen when countries start to join in and want to regulate the cryptocurrency market was to ask how many years you have in your life – because you’re wasting time not joining the next technological advancement.

As more people and then governments get involved, regulation will most likely be a part of it and that might not be all bad. For many, regulations bring trust and ensure legitimacy – which then brings more investors.

He feels that if he shows you something with 200% returns a year – while the average returns are 10% a year and the best returns are 20% a year – if you wait to join in, you’re giving up the opportunity to progress.

According to Saylor, gold is antiquated monetary storage that peaked in the 19th century. It’s not working now. The reason it doesn’t work is because you can corrupt it, you can confiscate it, you can hypothecate it and lie about it and it’s impractical to move it with you should you decide you want to change locations. It no longer works in our digital age.

Gold is an old idea and it’s too slow for the 21st century.

It’s being replaced by something better – something that moves at the speed of light and is pure monetary energy.

“You can cling to gold, but it’s like clinging to your Kodak stock because you like photos instead of buying Apple. Or like Rand McNally maps compared to Google maps.”

The Future of Bitcoin and CryptoCurrency

Michael Saylor urges individuals and countries that want to prosper to embrace this new digital monetary network. In terms of the future, he claims the best thing you can do is to make yourself and your property mobile.

For him, things like real estate, stocks and bonds, and even companies can lose their value or cause you to be stuck in one location. He urges you to own the most movable, liquid property on earth.

What is the single most mobile, tangible property you can own on earth – more mobile than sovereign debt, cash, gold, a house in the Hamptons, oil contracts, ships, shares of stocks, etc.? 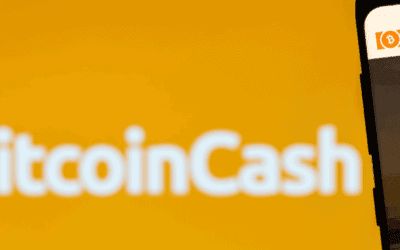 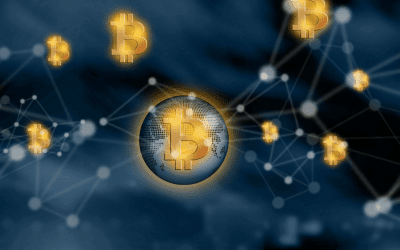