10 countries with the safest offshore banks in 2021

Updated May 13, 2021 Dateline: Mexico City, Mexico If you’re new to the world of offshore banking, you may be concerned about bank safety. After all, some may still believe that their money will simply vanish if they move it overseas.  You may not know that almost every developed country has some form of deposit insurance for banking clients. And you may be surprised to learn that the United States was only ranked the fortieth most stable banking system at the peak of the financial crisis. While we do talk about emerging offshore banking jurisdictions that offer higher interest rates and will play a larger role in the future, those seeking conservative banking options will appreciate knowing the safest offshore banking countries. Each year, Global Finance Magazine publishes a report called the “50 Safest Banks.” We’ve analyzed the report and listed countries with the greatest number of the world’s safest banks. Other countries offer very safe banking, but just don’t have as many banks topping the global list. Of course, you should always do your own due diligence before opening an offshore bank account, but these countries scored high in the 2020 global financial rankings. Here is our list of the most secure, stable banks for protecting your assets abroad. 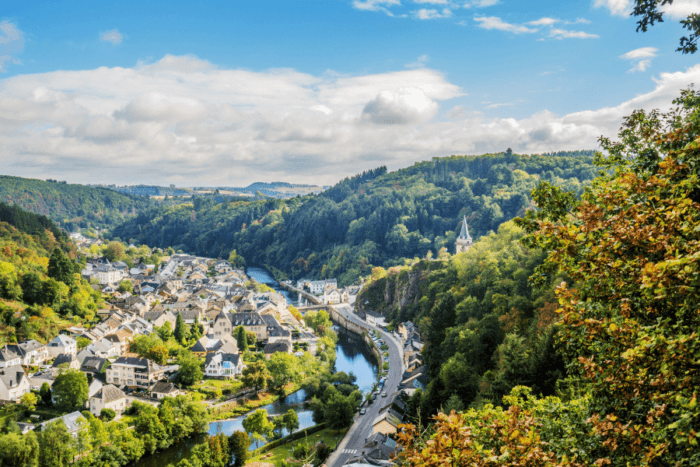 This tiny European country is one of the richest in the world and is usually associated with stability and economic freedom. Though it ranks highly as a safe banking place, it does not work as an option for most American entrepreneurs.

Luxembourg, this small nation of just over half a million, was listed as one of the top 5 richest countries in the world per capita. Unsurprisingly, it holds a great reputation in banking security. Unfortunately, for US citizens, Luxembourg may not be an option, as few Luxembourg banks accept US persons as clients. But if you do get a chance, then Banque et Caisse d’Epargne de l’Etat ranks as #20 on the list of the world’s safest banks. Most firms do not do business with Americans. However, Luxembourg tops our list of the top 5 most valuable passports for visa-free travel. Luxembourg is generally associated with stability and financial expertise and is, thus, in good context here. This highly developed Asian country tops many of our lists, including the safest country in the world. It also appeared in our discussion on safe-haven currencies.

South Korea is not usually at the forefront of discussions for nomads and offshore experts. However, this highly-developed Asian nation tops many of our lists including the safest country in the world, and it also appeared in our discussion on safe-haven currencies. We also recently wrote about South Korean residency and citizenship in this guide, for those interested in a passport that also offers visa-free access to the United States. South Korea frequently comes in on the top 25 safe banks list — with Korea Development Bank (#18), Export-Import Bank of Korea (#19), and Industrial Bank of Korea (#22). Entrepreneurs and investors interested in banking in Asia might want to look no further than these bank options. Additionally, they will find a culture that respects business and finance and offers the banking infrastructure needed to support those ventures. Singapore banks are some of the safest banks in the world; their skyline screams banking unlike any other.

Singapore is undeniably our favorite place to bank here at Nomad Capitalist. It is home to some of the world’s best offshore banks. According to Global Finance, the tiny Asian financial center is home to three of the world’s safest banks: DBS (#14), OCBC (#15), and UOB (#17). By a separate account, OCBC is the “world’s strongest bank.” Singapore has built the best offshore banking center in the world by acknowledging one simple truth: capital goes where it’s treated best. The fact that Singapore has one of the highest numbers of ultra-wealthy people in the world makes it a great place to bank. It is getting harder to open an offshore account in Singapore, but it’s still possible. And since so many wealthy Asians are ignoring Switzerland in favor of Singapore, it’s an excellent sign that it’s the place to bank. 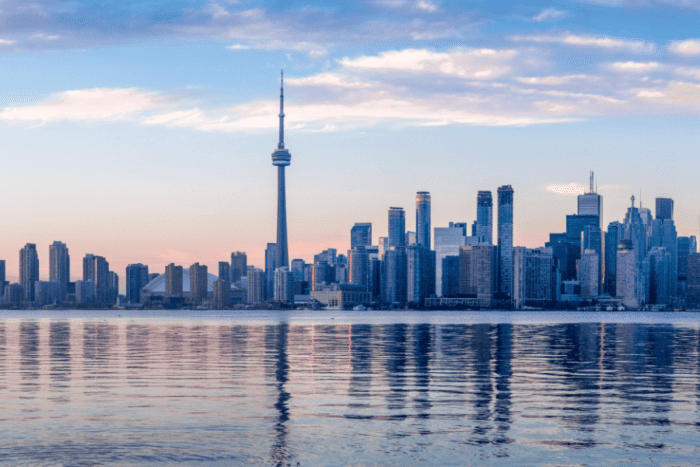 While Canada may not be “offshore” for some, it does have several of the world’s safest offshore banks.

For Americans, Canada might not be the first thing that comes to mind when thinking of “offshore banking.” Nevertheless, it has some of the world’s safest banks. Unfortunately, those banks are often off-limits to Americans, especially the ones that pay more aggressive interest rates. While banks like TD Bank have made strong pushes into the US market and have been forced to spend an estimated $100 million to comply with Foreign Account Tax Compliance Act (FATCA), smaller Canadian banks have shut their doors to toxic American clients. It’s a shame because they do have some of the safest banks, including the aforementioned TD Bank (#12) and the Royal bank of Canada (#11). There are also other reputable banks such as the Bank of Nova Scotia (#27), Bank of Montreal (#28), CIBC (#30), and the Federation des Caisses Desjardins du Québec (#34). Even though France is not a desirable destination for nomads when it comes to its tax policy and business regulation, it does take a place on our list due to its safe banking.

France is not a country we often talk about at Nomad Capitalist due to its lack of desirability from a tax-planning standpoint and its generally bureaucratic ways. As one of the countries in the world with the highest capital gains tax and income tax — reaching 75% at times — this European Union power center still ranked five times in the top 50 safest banks. Last year, France’s top three safest banks were the Caisse des Depots et Consignations (#10), SFIL (#25), and HSBC France (#43). Though, you may also want to read about France’s potential want for the end of the US dollar. 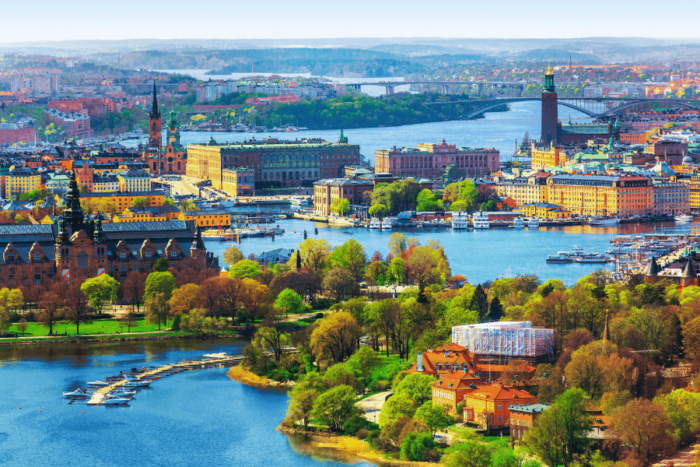 Sweden is one of the European countries with the safest banks, but that comes with a certain drawback since it is also one of the highest tax countries in the world.

Sweden is known by many as a bastion of security, safety, and order both in Europe and around the world. The Swedish passport is rated #2 on our Nomad Passport Index.  And in terms of banking, the country has multiple safe banks including Swedish Export Credit Corporation (#9), Svenska Handelsbanken (#16), and SEB (#31), some of which may be recognizable for those who have traveled in Scandinavia. Sweden is a remarkable economic and social success but with that comes certain drawbacks. It is also the nation with one of the highest tax rates in the world, something which is a concern for those based there but that can be avoided by living elsewhere. In terms of banking, Sweden may offer you the stability you are looking for in Northern Europe. Plus, they will be able to speak English competently throughout the process. 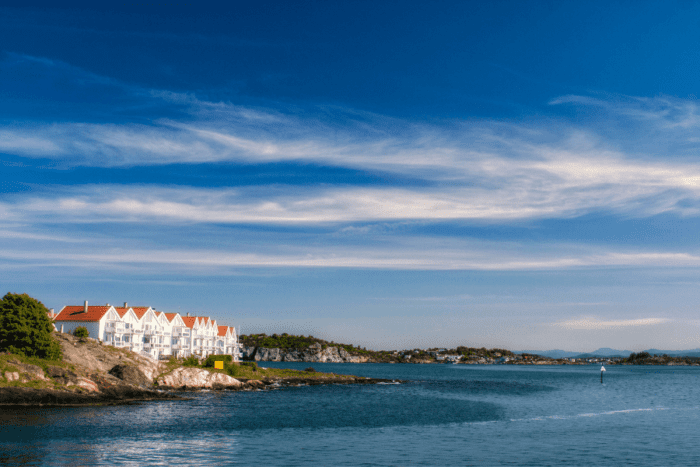 While it may be possible to open one of the safest bank accounts in Norway, you may want to deposit a little extra for all those burgers.

Norway is one of the best countries in which to be born. It’s also the 2nd happiest country in the world. If that wasn’t enough to pique your interest, it also has Kommunalbanken; which is rated as one of the safest banks in the world (#7). But be careful, Norway is also home to the 2nd most expensive Big Mac Burger in the world. Though, high wages can make up for this.  And while banking is possible for foreigners in Norway, there are several caveats. For example, if you’re a non-resident, you may only be able to open a savings account and most banks will require that you deposit at least $110,000. 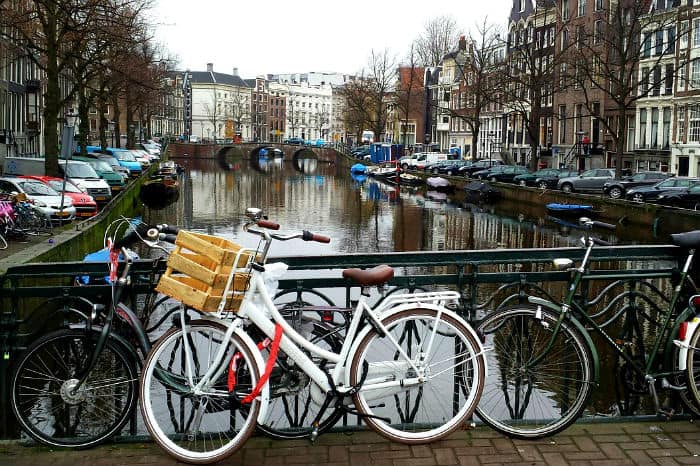 The Netherlands is not an offshore banking hub, but they do have several of the world’s safest banks

The good news for the Netherlands is that it is one of the safest countries in which to bank. But for us, its membership in the European Union is a bit troubling — particularly after what happened to Cyprus. However, on paper, bank accounts in the Netherlands are protected by bank deposit insurance for up to 100,000 euros, the EU minimum. The country is home to three of the top 50 offshore banks, including Bank Nederlandse Gemeenten(#3), Nederlandse Waterschapsbank (#5), and Rabobank (#39). 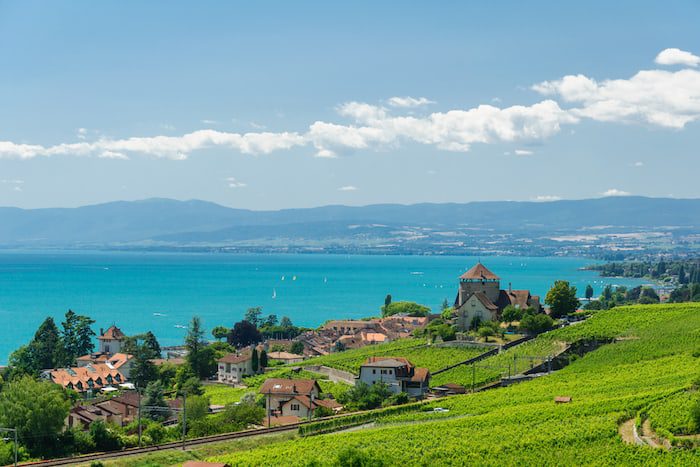 Switzerland is a notorious worldwide standard for financial safe-havens.

Switzerland and banking are almost synonymous with anyone around the world.  This highly developed, multilingual European country has become the global standard for financial stability throughout several generations. And Zuercher Kantonalbank continues to rank as #2 in the world’s safest banks. Many have dreamed of having a “Swiss bank account” or taking advantage of the many financial benefits of this non-EU nation and its currency, the Swiss franc, despite it being pegged to the Euro. However, while Switzerland was once the only tax haven, it is now increasingly inaccessible for offshore purposes. As we have discussed, Switzerland is no longer the universal answer for bank secrecy. Banks here have become increasingly bureaucratic and highly regulated in more recent years. And other countries have stepped up their game in becoming financial safe-havens. Though interestingly enough, Switzerland has no restrictions on the amount of cash carried into or out of the country. It is also an “old school” choice for offshore gold storage and remains one of the least corrupt countries in the world. 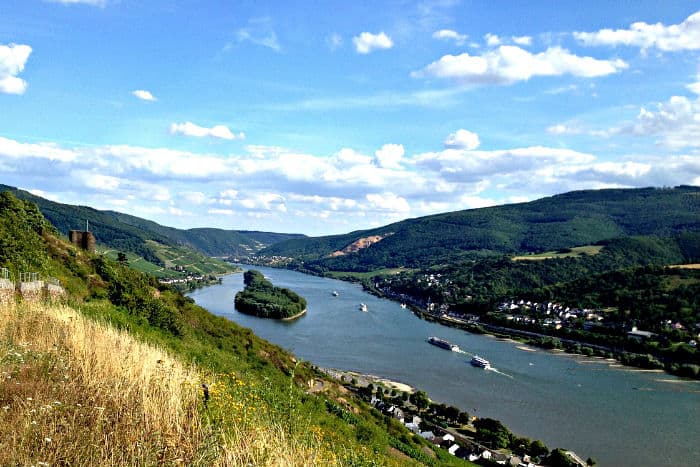 Americans may be surprised to learn they can open offshore accounts in Germany (albeit at low-interest rates), which has topped the list of the world’s safest banks.

Germany is home to KfW, the #1 safest bank in the world, according to Global Finance. In all, Germany is home to seven of the world’s fifty safest banks, including Landwirtschaftliche Rentenbank (#4), L-Bank (#6), NRW Bank (#8), and more. As one of Europe’s stronger economies, Germans take their banking system seriously. And while bank secrecy in Germany isn’t what it is in other German-speaking countries, such as Austria or Switzerland, Germans are concerned about things like capital controls. It was the Germans that convinced the European Union to issue a high-value 500-euro banknote so they could more easily keep the hard currency at home. And now that much of Europe is bankrupt, it seems German banks are more attractive. A few German banks accept foreigners, including Americans, but the accounts offered are typically general retail accounts with low-interest rates and little option for currency diversification.

THOUGHTS FOR US CITIZENS

Amazingly, a few US banks are still ranked in the “World’s Best Banks” survey. Don’t get too excited, though; other countries had many more banks top the list. With laws like FATCA ready to be fully implemented, Americans, in particular, should take caution to move some of their assets into safe offshore banks before it’s too late.  And the team at Nomad Capitalist is ready to help you with that. You might also want to see our list of 56 banks in 18 countries that are not only safe banks but easy to open a bank account with. Then you can be sure that you are well-versed in the world’s best offshore banks.