Travel to Russia Visa-Free with These Passports

Through the years, Russia has claimed its place as one of the world’s superpowers. While its economy has steadily grown since the past wars, visa-free travel to Russia still isn’t that common.

Sure, there are ways for you to travel to Russia, although most of the passports that we hold require a visa.

But what is the Russia visa free countries list that were granted visa-free access to the country?

While the thought of traveling to Russia without a visa might seem impossible, it’s doable.

Various countries around the world were given special access to Russia. This means that they can enter the country without a visa and have special privileges during their stay.

Why is this important? Because we, at Nomad Capitalist, urge our readers and clients to go where they’re treated best and legally reduce their taxes.

Perhaps one of the things you might need the most for your business is a passport with a more open relationship with Russia.

So in this article, we’re going to tell you some of the passports that allow you to travel to Russia without a visa.

Can You Travel to Russia Without a Visa?

Generally, visas to Russia aren’t that hard to come by. So there is no reason for you to worry.

This is especially true if you’re a seven or an eight-figure entrepreneur, because Russia is open when it comes to foreign investors. So obtaining a visa from Russia technically won’t be that much of a problem.

However, we get why some people opt to have a citizenship that has a more open visa relationship with Russia.

If you’re currently holding a passport that isn’t considered top-tier, then you’ll know how much of a hassle it can be to apply for a visa.

Now, while certain visa applications are relatively straightforward, there’s still some time that you’ll have to wait.

If you don’t have visa-free access to a certain country, then you’ll have to wait for their particular embassy or consulate to grant you that visa.

If you’re needed on an urgent business trip and you don’t have a visa ready, it can be quite troublesome. 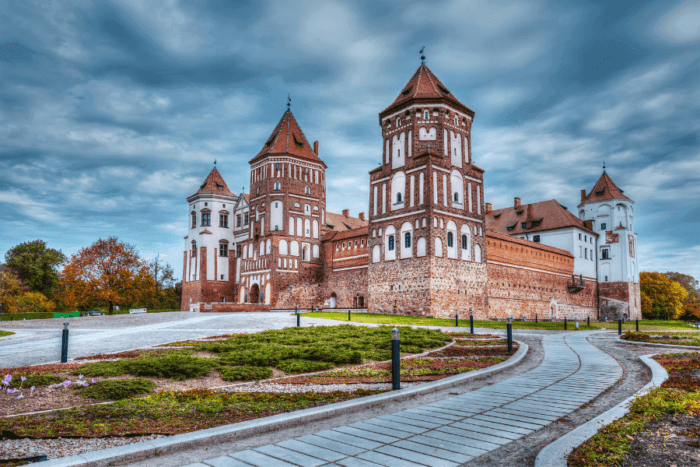 Since it shares its borders with Russia, it makes sense that Belarus would be given visa-free travel to Russia.

While it’s complicated to get a second passport from Belarus, it’s not impossible to get a second residence there. And if you can prove that you have ancestry in the country, you can qualify for their Citizenship by Descent Program.

Not only that, but Belarus is also one of the few countries that is granted a 90-day visa-free travel to Russia. 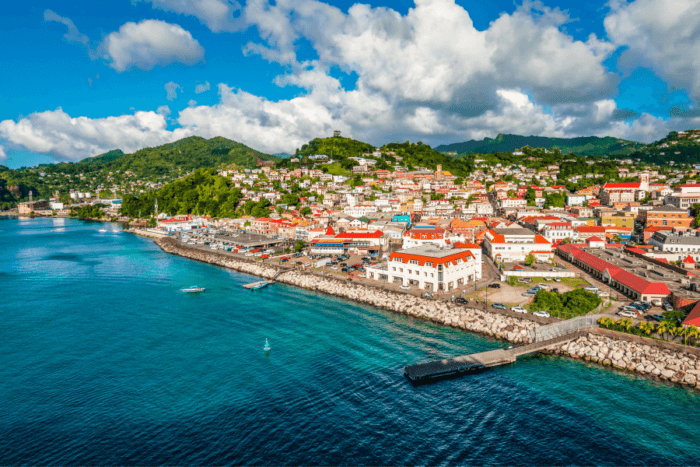 This might seem a bit far-fetched to most people, but Russia has a great relationship with the Caribbean.

For this reason, Grenada is one of the countries that was offered a 90-day visa-free travel to Russia.

Now, it’s considered easy to obtain both a second residence and a second passport in Grenada. The latter is thanks to the Caribbean’s Citizenship by Investment Program. So you can get your passport from Grenada in as little as six months.

Generally, both the Caribbean and Russia are open regarding economic ties with both regions.

This is why it pays to invest in a Grenadian passport. 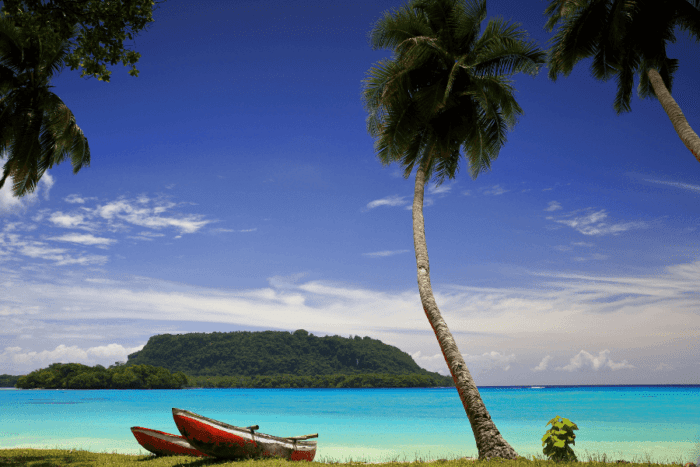 Another passport that you can obtain that is donation-based is none other than Vanuatu.

You can obtain a Vanuatu passport by participating in their Citizenship by Investment Program. This is another quick passport, as it can be awarded to you in as little as six months after the due diligence.

Not only that, but Vanuatu is also another country that can travel to Russia without any necessary visa. Plus, they can stay in the country for 90 days.

This is why Vanuatu has been one of the most sought-after passports by investment in the last few years. It also helps that offshore banking for most people is tax-free in the country. So most entrepreneurs and investors like to take advantage of this offer. 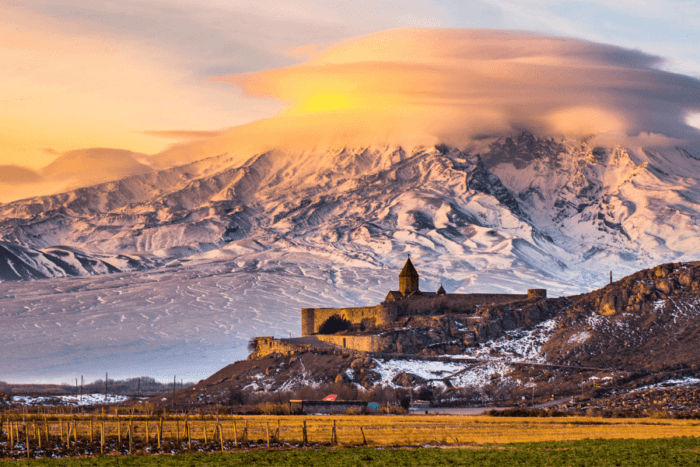 Armenia is another country that was given visa-free access to Russia for 90 days.

In recent years, Armenia has slowly opened up to its neighboring countries and the rest of the world. So a second residence or a second passport in Armenia might be a great investment opportunity.

Not only can you travel to Russia without a visa if you have an Armenian passport, but there are also opportunities to hire, invest, and bank in the country.

While obtaining a second passport from Armenia can be a bit difficult, it’s definitely not impossible. Those who have Armenian ancestry can apply through their Citizenship by Descent Program. 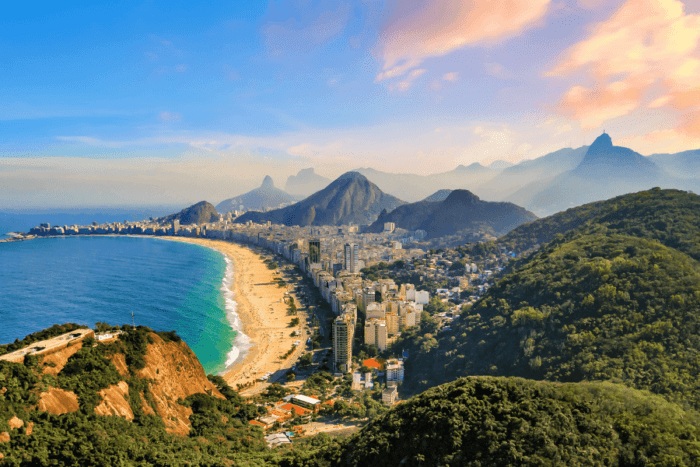 One of the countries in South America that has visa-free access to Russia is Brazil.

While you can obtain citizenship in Brazil, it’s best to remember that you can only get it through investment, birth, or marriage.

Generally, Russia has great economic ties with most countries in South America. This is why most countries that can travel to Russia without a visa are from this region. 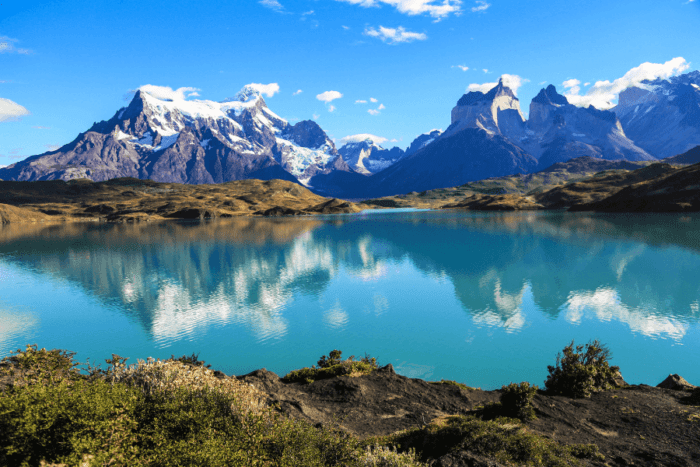 As we’ve mentioned above, countries in South America generally have visa-free access to Russia.

Not only can you travel to Russia using a Chilean passport, but they also have visa-free access to the United States.

Chile is one of the only countries in South America with that level of access to two of the world’s superpowers.

We are asking you this question: why not Chile?

While obtaining a second passport from Chile comes with time, it’s doable. Plus, you can also get a permanent residence permit in the country, giving you some great perks and investment opportunities. 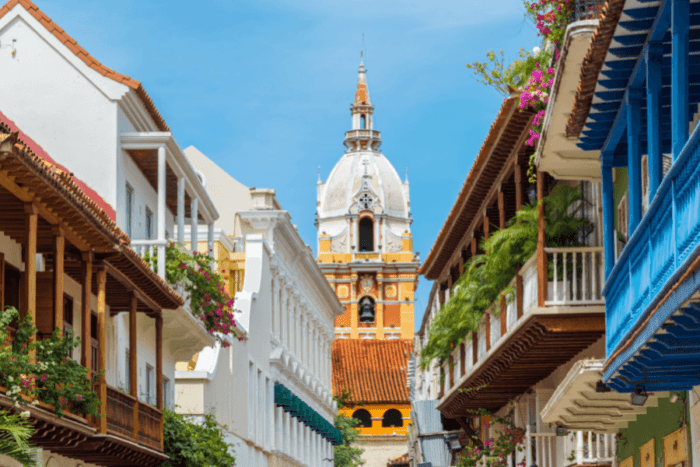 Another country from South America that you wouldn’t think had a lot of visa-free privileges is none other than Colombia.

In the last few months, there have been massive protests in the streets of Colombia. However, this doesn’t take away from the fact that they have some of the greatest visa-free privileges in the world.

Not only that but obtaining a second residence or a second passport in Colombia is an option for those who are willing to invest in certain investments around the country. 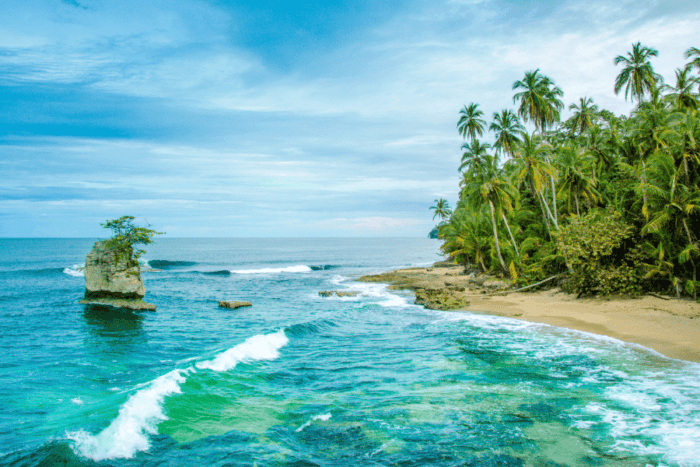 Some countries in Central America, like Guatemala, Costa Rica, and El Salvador, have visa-free access to Russia.

In Guatemala, it’s easy to achieve a second residence even though you’re not a seven to eight-figure entrepreneur or investor. This is why it’s a relatively popular country for those who are simply starting.

Contrary to Guatemala, it’s getting harder to achieve a second residence in Costa Rica. While it’s not impossible to do so, but it’s getting a bit more expensive as the appeal skyrockets in the last few years.

While this country isn’t that popular outside of Latin America, El Salvador’s passport is one of the fastest-improving passports in the world.

These three countries can travel to Russia without a visa, and they can be worth checking out if you want to obtain a passport from Central America. 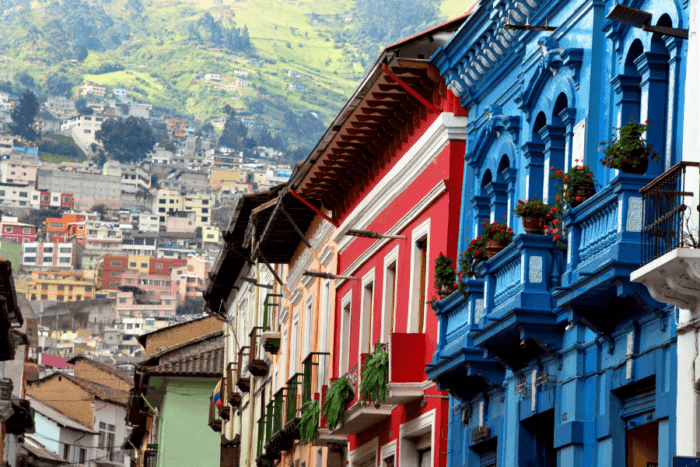 Another set of passports that can be great to travel to Russia with are passports from Ecuador and Uruguay.

Throughout the years, Ecuador has claimed popularity as an expat haven. Not only in South America but around the world.

Plus, obtaining a second residence in Ecuador is as easy as opening your bank account in the country. It’s as easy as that.

In Uruguay, taxes are a bit more bearable as the country isn’t raising taxes even though we’re in the middle of a pandemic. This is something that has led more people and economies to look at Uruguay.

Obtaining a second residence or a second passport is doable in Uruguay, but only if you fall under different criteria. 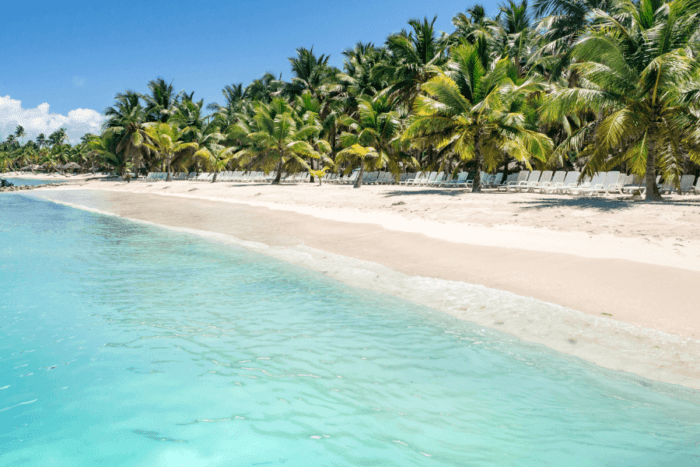 As mentioned, Russia has a better relationship with most countries in the Caribbean.

If you simply want a Dominican Republic passport, you can get it through their Citizenship by Investment program. 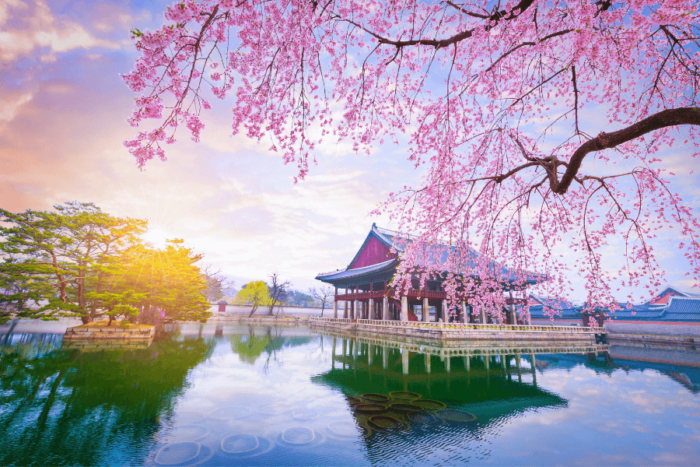 While obtaining a second passport from South Korea isn’t that popular, it still maintains its place as one of the best passports in the world.

It’s possible to obtain a temporary residence permit which can inevitably lead to a permanent residence permit in South Korea. Although, most people opt not to pursue this as a second passport since you’ll have to renounce your other citizenships in favor of this one.

So this isn’t a very popular option out of all the others.

Although, South Korea is also one of the countries that can travel to Russia without a visa. So that’s one of the reasons that you can go for this citizenship if you want to. 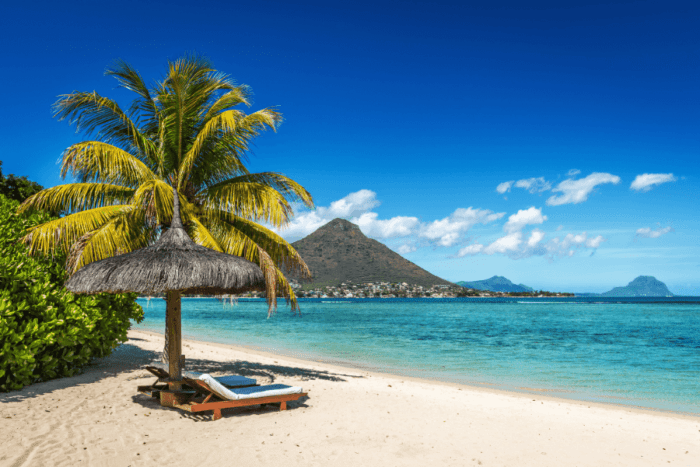 Another impressive passport that you can get is Mauritius’.

If you’re an entrepreneur or an investor who wants to incorporate your businesses offshore, then you can do so in Mauritius. Plus, you can also take advantage of the tax reductions that the country will give you.

Not only that, but you can travel to Russia using a Mauritius passport. You can also travel to China, the United Kingdom, and the European Union using a passport from Mauritius.

It holds a certain kind of power, so a passport from Mauritius is one of the best passports to have. Especially if you’re thinking about diversifying your second passport portfolio. 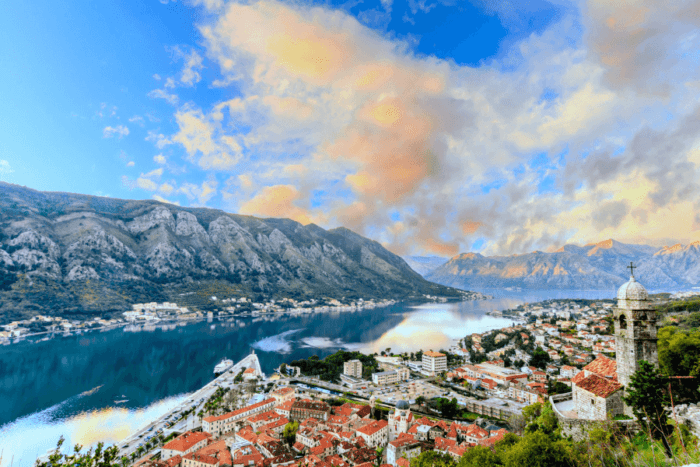 The last set of passports that can give you visa-free access to Russia are from Serbia, North Macedonia, and Montenegro.

A passport from Serbia is considered to be one of the fastest-improving passports in the world. So this can be great insurance when it comes to diversifying your second passport portfolio.

You can opt for a second residence in North Macedonia, and you can qualify for this if you invest in real estate.

When it comes to Montenegro, citizenship is possible through their Citizenship by Investment Program. Plus, this country is slowly opening up its borders to most countries around the world. So it can be a great passport to invest in while its price isn’t skyrocketing.

Choosing the Best Passport to Travel to Russia

If you’re a seven to eight-figure entrepreneur or investor, then you’ll have various options to travel to Russia. Investing in a passport from some countries is a great opportunity to ease your travelling process.

Here at Nomad Capitalist, a team of professionals will help you achieve your second passport goals. Reach out to us now.