If you read this site frequently, you’ve seen my articles on offshore banking in Singapore and in Hong Kong. Having some if not all of your money in various offshore jurisdictions is a key element of financial freedom.

Yet beyond the established offshore financial centers, new countries are vying to grab their share of the offshore banking market. As I say, when one offshore center goes bust, another tax haven will open to fill the void.

So, if you want to know what to look for in an offshore bank and which banks I recommend, you can check out our article on the best offshore banks. But for our opinions on the best emerging markets for banking offshore, keep an eye on these countries… 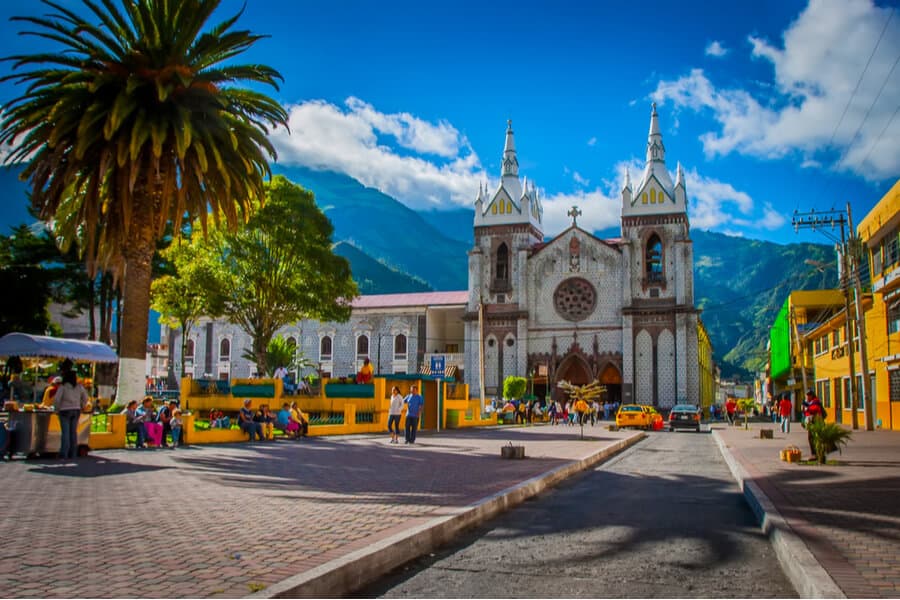 Colorful streets, majestic cathedrals, and great local credit unions all add to the appeal of Ecuador as one of the best emerging markets for offshore banking.

Located in the beautiful northern regions of the Andes mountains, Ecuador is emerging as a hotspot for investing.

Generally, it’s not the banks that are good, but the credit unions. You can open an account as a non-resident if you deposit enough – generally around $40,000 – which is a fairly low deposit minimum for investments.

By doing so, you can get temporary residency, but it won’t lead to citizenship unless you live there for at least 9 months of the year.

Most importantly, right now Ecuador is offering about 7% interest rates while all the other banks in the region have lowered their rates. They have always been higher – even higher than Cambodia at some points and higher than Mongolia, which had the highest rates worldwide back in the 2010s.

One thing that makes Ecuador one of the best emerging markets for offshore banking is that, for Americans or people wanting to hold US dollars because they believe that’s a strong currency, the official currency of Ecuador is the US dollar.

In terms of working remotely, it’s not as friendly. But if you like the Latin American feel, it’s a good place to go. It’s highly ranked among places for expats. In addition, you can easily combine your offshore investment with getting a second residency if you put in enough.

It’s no secret that I am excited about how things are going in Armenia. It’s one of the best emerging markets on all fronts. They have a great workforce and are highly focused on supporting entrepreneurial growth.

Their currency has kept pace with the USD for the past five years and they have even talked about lowering their taxes and changing regulations to make it easier to do business there. Overall, it’s heading in a great direction and is even a great option for looking into a second residency.

Where you usually get 8% returns in the top, best-managed mutual funds in the US, the Armenian Dram paid out approximately 9.5% to 10.5% interest on deposits during the last five years. We have named the dram the most stable currency that you’ve probably overlooked since they have kept this growth while also keeping inflation to only 2-3%.

In terms of hiring a remote workforce, enjoying high returns on bank investments, gaining a second residency, and benefitting from investment opportunities, Armenia is hard to beat.

Nestled in the Caucuses south of Russia, Georgia also appeared on our list of underestimated economies. The country slashed the number of taxes from twenty-one to just six and said it has more work to do to increase economic freedom in the small country.

The country knows it has to take big action to increase its position in Europe, and that’s what it has been doing. Georgian banks also pay 5% on one-year US dollar term deposits, and 8-9% on one-year deposits in Georgian lari.

Opening an account in Georgia can take as little as 10 minutes, requires minimal paperwork, and it’s possible to open with a little under $10 for your deposit.

With all this being said, it is important to note that all the growth and international interest has caused Georgia to change some requirements, which is starting to make it harder to bank there. This is something we’ll keep our eyes on for further developments.

Even the best emerging markets can change their tune as they develop and no longer need as many investment dollars from foreigners.

But for now, it is a country with great interest rates, a free market, and a growing economy – which make for a great place to set up an offshore bank account.

There are already massive amounts of money swirling around the Middle East, and Dubai is a banking hub for many of the region’s ultra-rich. But for foreign investors looking for the best emerging markets where they can bank, the United Arab Emirates has only recently begun offering more globally viable options.

Just as Dubai has made a splash into the offshore corporation market (albeit with a very expensive offering), I suspect their banking services will become equally as attractive.

Consider that Muslim countries such as Malaysia and Indonesia have plenty of growth potential left, and many individuals in those countries will likely need Islamic banking services not readily available in well-developed Asian offshore financial centers. Dubai is rising to meet this more global demand, and you can benefit.

Many of the banks there cater to corporate accounts focused on crypto-related businesses, fintech, and low-risk businesses. Some require larger deposit minimums and some require a local UAE resident to be one of the shareholders, but many are opening to foreign markets and businesses.

In fact, we recently discussed it as one of the best countries for priority banking for high-net-worth individuals. 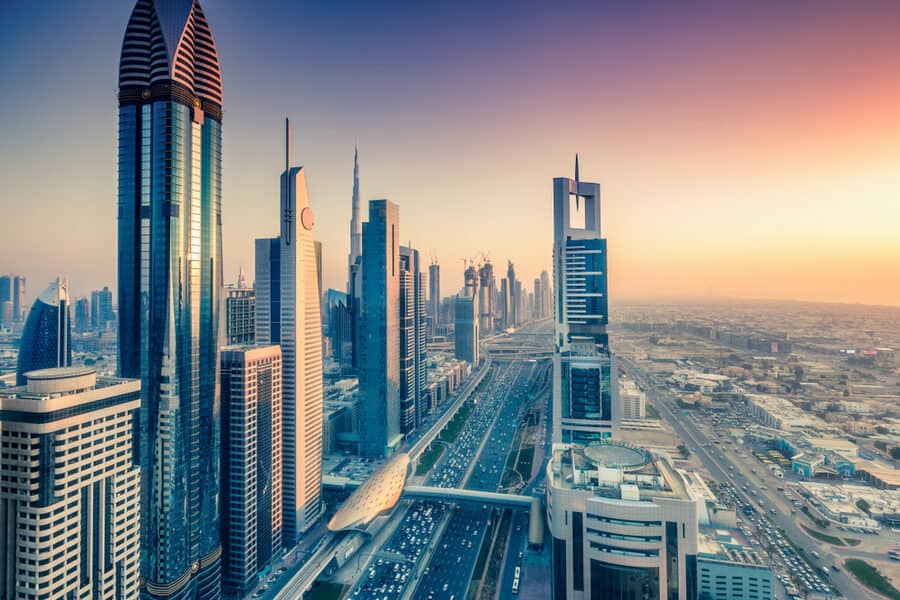 Dubai is one of the best emerging markets for anyone looking to do business in the Middle East and is quickly becoming a competitive financial center.

One of the hidden gems of South America, Uruguay’s banking sector is stable, well-managed, and more accessible than that of its economically-freer-than-the-United-States neighbor Chile. Uruguay has its own domestic banks as well as correspondence banks from European states, where the country has ties.

While Uruguay is relaxing some of its secrecy rules (the country was one of the last to allow bearer shares), it’s still a stable place to bank.

If Brazil ever picks up its former steam, I suspect a lot of wealthy Brazilians will want a nearby home for their money, while those subject to Argentina capital controls wish they had moved their money there long ago.

Overall, its one of the best emerging markets in the region for offshore banking.

One of the world’s freest economies (much more so than the United States), Mauritius banks have been on a roll as of late. After weathering their own domestic economic downturn, Mauritius banks expanded their overseas operations and kept their loan books in good condition.

Non-performing loans have been in decline. As investment in Africa increases – especially from China – Mauritius will play a key role as an offshore financial center for money flowing onto the continent.

Don’t let the western stereotypes about Africa fool you; Mauritius will play a role in offshore finance in years to come. It’s also a good candidate for basing your offshore IBC and reducing your corporate tax rate.

Whether you are just getting started in the offshore world or you have already implemented a holistic offshore strategy, markets like the ones we have discussed are a great way to start and build your offshore investments and financial holdings.

If you are just getting started, follow our Nomad Baby Steps and begin your offshore explorations by traveling to and setting up a bank account in one of the best emerging markets from this list. When you do, you will realize that there is far more to gain than to fear overseas.

In fact, you might discover as we have that there isn’t much to fear at all.

The opportunities, interest rates, and safety that these emerging markets offer when it comes to offshore banking is one of the great examples of just how much there is to explore and gain from going offshore.

And if you want our help to figure it all out, feel free to reach out.