I recently got a question from a reader who asked about Flag Theory and why it is important as opposed to simply finding a new place to live, work, and invest.

The ideas we discuss here on Nomad Capitalist are rooted in Flag Theory, the concept that says you should diversify your efforts and your assets across different countries so that no one government can control you. And as I pointed out to the reader, simply leaving the United States (or Canada, the UK, etc.) for some “perfect” new country doesn’t achieve that.

Just look at how many people left their country in Asia or eastern Europe to come to The Land of the Free twenty years ago. Their homelands are booming while they’ve jumped from the frying pan into the fire.

Just last month, I shared with you how to earn up to a 1% yield per month in affordably priced real estate in Nicaragua.

Certain types of real estate in Nicaragua are seen as such a good investment there that the army invests their pension funds in it.

But reading over some legal documents today, I’m reminded about yet another reason to consider adding emerging market real estate to your portfolio. It’s the same reason to consider diversifying out of countries with greedy governments to begin with.

Quite simply, emerging market real estate tends to offer more freedom to manage your property as you like.

Allow me to explain. We know that the larger and more powerful a government gets, the more they tend to tighten the noose on the average citizen. The United States is a perfect example of this. Years ago when they were begging people to come and build the economy, there was no such thing as regulation. You could do whatever you wanted. As a result, people flocked to the Wild Wild West to stake their fortune.

Now, after decades as the “economic superpower” of the world, The Land of the Free is anything but free. Turn on the news and you’ll see stories of poor saps who bought land in a rural area to build their dream home, only to have the Environmental Protection Agency threaten them with millions in fines because some rare species of marsh grass grows on their land.

Owning emerging market real estate is one way to get better returns. Emerging markets tend to offer free markets and a pro-landlord, pro-property owner point of view… the same way the United States used to operate before the government got drunk on power.

Sure, there are exceptions. For example, I’m currently about a one hour drive from the nation of Belarus, Europe’s last remaining advocate of the Soviet Union and the only dictatorship on the continent.

Belarus isn’t exactly a magnet for real estate investors. Then again, no one ever claimed they were an emerging market. They’re not emerging into anything. And that’s how the communists that run the place like it.

For the most part, the world’s up-and-coming jurisdictions offer greater freedom for real estate owners. But you have to get your timing right.

For example, I was reading the other day that Panama City, Panama now has a law forbidding short-term apartment rentals of less than 45 days. There are a few workarounds, but renting your condo as a vacation rental or VRBO is likely now illegal under Panama law.

While I doubt many readers of this site view France as a place to invest in anything, there are a lot of Westerners who dream of owning a flat in Paris to retire to. That’s all well and good, except for the fact that short-term rentals under 30 days are also illegal in Paris.

The same French government that used legal grandstanding to stop unregulated taxi services also forbids property owners from renting their property as they wish. Considering the tourist traffic Paris gets, you could imagine real estate there could fetch a pretty penny as a short-term rental.

These silly laws are largely the result of lobbying from the local hotel industry, which doesn’t want vacationers renting condos and avoiding $20/day internet charges at their hotels. Chalk one up for crony capitalism.

Of course, your property values can’t be maximized in an environment that limits how you use your property. If Paris allowed short-term rentals, I imagine prices in the more touristed parts of town would go up as investors realized they could get above average yields renting to families on vacation.

The bottom line is that buying real estate in jurisdictions with big, bloated government can usually only serve to decrease your appreciation potential (or decrease your property value overall), while also reducing your yield.

The real reason emerging market real estate is so attractive

I understand that many foreigners may find comfort in an established bureaucracy that they believe will protect them if something goes wrong with their real estate deal. Ask the average American if he’d feel more comfortable buying real estate in France or in Cambodia and I suspect the majority of respondents would say France.

However, emerging market real estate is an attractive investment, not only because of its stronger appreciation and yield potential, but also because those factors are improved by the lack of investors. 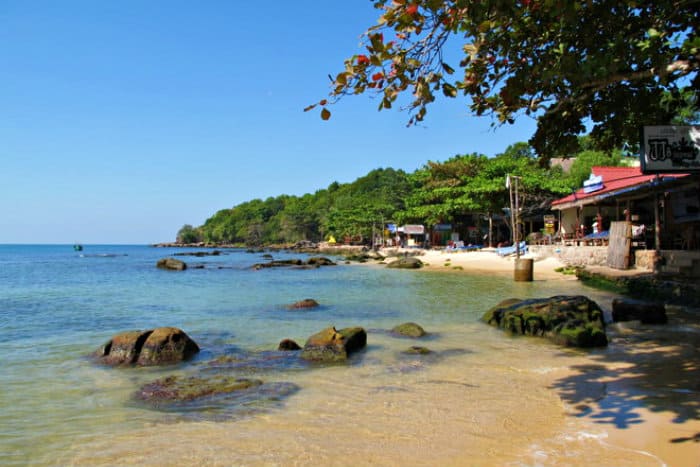 I’m a fan of dirt cheap emerging market real estate in Cambodia, including in the beach town of Sihanoukville.

If you want to trip over other people and overpay for an investment, go where everyone else is going. In fact, forget France; for years, everyone and their dog has suggested Panama as the go-to place to invest in Central America.

I don’t have anything against Panama. It’s a nice place with diversity, reasonable cost of living, and plenty to do. If you’re concerned about quality healthcare, they’ve got medical tourism facilities waiting for you.

However, if you’re looking at real estate strictly as an investment, I prefer Nicaragua. Very few people are talking about Nicaragua, and some Americans still conjure up images of civil war when they think of the place. (They’re a few decades too late.)

Emerging market real estate is “emerging” for a reason: it’s not on everyone’s radar yet, and some people are too afraid to jump in.

The reality is that I’m just as concerned about expropriation in the United States as I am in Nicaragua. In fact, if you’re a US citizen, I’d say there’s a greater chance you’ll do something that will piss off your own government that will cause them to seize your assets before Nicaragua’s government decides to redistribute land again.

All around the world, I see examples of how most people follow the herd while I research the less popular alternatives. In Thailand, people are rushing to buy $1 million condos that are held more as a store of value than for appreciation. Yet a small group of investors are quietly buying up beachfront property in neighboring Cambodia for as little as $20,000.

Regardless of what you think about the legal protections in Cambodia, I’d feel more comfortable owning property there than in the imperious police state that is Bangkok.

As I told the reader who asked the question, the point of diversifying your assets out of your home country is to achieve greater freedom and greater returns. Investing in real estate in emerging markets gives you the opportunity to get what you wouldn’t get leaving your money at home. Don’t make the mistake of following the crowd to places that offer mediocre yields and appreciation.