My visit to Dubai to finalize a new citizenship

This is Week TwentyOne of the 26 week series #MyEconomicCitizenship. Each week I give you a glimpse into my life as I share the ups and downs experienced in pursuit of a second passport through economic citizenship. Each feature includes my weekly journal walking you through the process of obtaining economic citizenship, followed by an in-depth look at some of the most important topics people considering economic citizenship should understand. The series is presented by Nomad Capitalist in partnership with Peter Macfarlane & Associates, whom I worked with to obtain my passport. To read the entire series, just click here.

Last week we spoke about how quickly I was conditionally approved for economic citizenship in the Comoros Islands. Days after submitting my application I received notice of the approval with an invitation to meet in Dubai to finish up the final steps of the application process.

While they would come to me for a fee, it was easier, cheaper, and more fun to go there myself. In fact, for any economic citizenship program — whether it’s Dubai for the Comoros, or Dominica or wherever — the cost of paying THEIR people to come to you is higher than you going there.

And so it was that I found myself in Dubai just days after receiving notification of my approval. The experience was a unique one, so much so that I have included it in my new book that will be coming out soon. The following is an excerpt from the book:

“Put your finger here”, Laurent said in his French accent. I had flown to Dubai on 24 hours notice to be holed up in a junior suite at the Four Seasons with a guy who came to meet me with nothing more than an aluminum briefcase that looked like it could protect against stray gunfire.

Perhaps I’d found myself in the wrong place at the wrong time.

My guest’s salt and pepper coiffure feigned the look of a US Senator. But I wasn’t here to discuss politics, at least not in that way; the man sitting across from me was taking fingerprints for my soon to be issued passport.

“You can hold this”, he said, casually handing me a green passport with the words “Union des Comores” scrawled across the top. I had never held a green passport before, probably because the majority of green passports are issued by African or Muslim countries, and only one of them — Macao — has any kind of decent travel.

Nevertheless, I was a kid in a candy store. The French guy could have spent all day punching in numbers and scanning my birth certificate for all I know; I was happy just to flip through this empty passport and dream of how it could be mine.

It was quite the act of salesmanship to be honest. Give a guy a blank passport to flip through and let the rest happen on its own. Normally, this works best when a pet shop owner tells a family to take the puppy dog home… just for this weekend. The return rate on that deal must be all of zero. Just as I was thinking how brilliant Laurent’s subtle sales pitch was, he stood up.

“Congratulations”, he said, his hand outstretched for mine. “I’m proud to welcome you as the newest citizen of the Comoros Islands”, as he handed me my new citizenship identification and passport numbers.

Here I was in a hotel room in Dubai, about to become a citizen of a country I had never been to, with a passport cover written in two languages I do not read, and all it took was sending a few documents, promising I wasn’t a terrorist, and flying to meet a guy in air-conditioned comfort. The hotel even threw in a free fruit basket. Laurent, however, refused not only a fresh mango, but also my offer to buy him tea in the lobby, no doubt afraid of the type of public threats that the aluminum briefcase prompted.

“Now all you need to do is send the money”, he quipped on his way out.

Unlike any other citizenship process

Economic citizenship feels different than any other citizenship process. As you can garner from my experience, it very much felt like a business transaction, but a good one. It even felt pleasant, which isn’t something every economic citizenship program can offer. Compared to some of the stories I’ve heard about obtaining citizenship by investment in Caribbean countries, my experience was much more welcoming. Which, while it doesn’t add anything to the value of the passport, was nice.

I have shared some of my thoughts on this in the book as well:

Alas, the process of obtaining another nationality is rarely as simple as showing up to claim some far-flung citizenship in a modern-day nod to homesteading, but with passports instead of dirt. This was entirely a business deal. In exchange for $45,000, the Comoros Islands… would grant me citizenship and all of the rights that come with it, including that green Comorian passport….

Few people could find the Comoros Islands on a map, but that’s exactly what I was betting on. My birth citizenship in the United States was from a country everyone can find on the map. Okay, everyone except a few Americans. Having an entirely different type of passport was an interesting form of diversification.

Having a second citizenship, and the travel document that comes with it, is an excellent way to diversify yourself so that you’re never subject to only one government.

Now that I sent the money and have my green Comorian passport in return, I’m even more sure that the Comoros was the right decision for me. It won’t be the right decision for everyone, which means you need to know yourself and your needs before you decide to dedicate the time and effort to submitting an application and flying across the world to become a citizen of another country.

Not everyone will need a second passport, and an even smaller group among those people will choose to go the route of economic citizenship. But the option is there and, from my experience, can work out to be a very convenient business transaction.

Get your economic citizenship & second passport

My goal in doing this series is to help as many people as possible become global citizens by obtaining second citizenship. I live this stuff, in part, so that I can better help individuals like you reduce taxes, obtain a second passport and experience more freedom.

If you’d like to work with me directly to create a wholistic global citizenship strategy, then click here. We’ll go through an entire deep dive process to determine exactly what you need — from passports to residency to where you’re going to live — all so we can get you to your end goals.

If you’re just interested in getting a passport and already know which passport is the right choice for you, then you can go directly to Peter MacFarlane & Associates’ website and contact them by clicking here.

If you’re still determining which approach you should take, feel free to keep reading this series to garner all the knowledge you need to form a vision and actionable plan for the future. 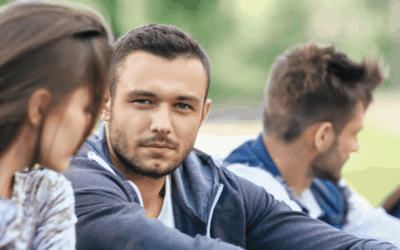 Dateline: Kuala Lumpur, Malaysia If you’re looking for something to be outraged and mad about, you...

Pitcairn Island: When is Free Land Worth the Price?