Here at Nomad Capitalist, we talk a lot about how important it is to open your first offshore bank account. It acts as your gateway to global citizenship as it is the first easy step you can take into international financial waters.

These days, you have plenty of options, from opening an account online from the comfort of your home to traveling to any number of countries. But not all banks are created equally. And for our high-net-worth readers, going to some far-flung place with $3 and opening an account isn’t an attractive option.

When you are looking to protect your wealth, cheap doesn’t cut it. Cheap isn’t even an option. You want to know that your money is in the best possible hands and that you will receive the highest treatment as a valued customer.

So, where should the multimillionaire bank offshore?

Historically, banking offshore was the province of the ultra-wealthy and immediately associated with people stashing money they didn’t want to pay taxes on in places like Switzerland. While that has been true in the past, we’ve come into a new era of transparency.

The real benefit of banking offshore in today’s world is diversification. It’s about going where you are treated best – opening accounts at the best banks, getting access to the best currencies, and having the tools you need to build a global lifestyle.

The offshore banking hubs of the past will not always help you achieve this.

In fact, our list of the best offshore banks doesn’t include a single bank from Switzerland. When I tried to open an account in Switzerland after renouncing my US citizenship, I found out that they not only reject US citizens but they also reject anyone who isn’t a Swiss resident.

A lot has changed in the world of offshore banking.

What hasn’t changed is that there are still private banks. If you have a million – or two, or five, or more – to put in an account, there are many banks in developed countries that will be happy to take you.

The Bank of Singapore, for example, will give you a private account manager if you deposit $2,000,000 USD.

If you’re a high or ultra-high-net-worth individual looking to open an offshore account, I would look into the new Asian wealth centers. Opening an account in Hong Kong or Singapore may be the best option for someone who has that amount of money that they are looking to simply park somewhere.

It could also be worth looking into any number of up-and-coming countries that are out to make offshore banking easier for entrepreneurs. Georgia, Armenia, or Panama could play a very beneficial role in your offshore banking plan.

What to Seek and Avoid in Offshore Banks 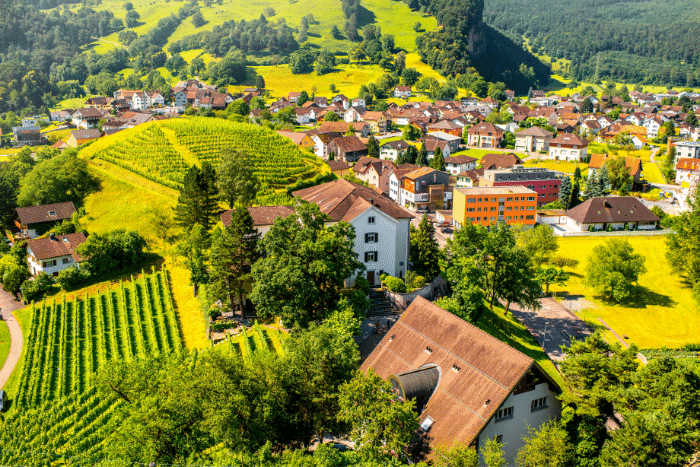 Like Switzerland, the long-time European banking jurisdiction of Liechtenstein has become too much of a hassle to be an attractive option for an HNWI.

There are generally two types of banks to avoid when you’re looking to go offshore as a high-net-worth individual: the traditional US/Swiss banks and the big, international mega-banks.

The problem with US banks is that, when you really get down into their expertise, they have a very local mindset. It doesn’t matter how focused the bank is on high-net-worth individuals or how much experience they say they have with international business, they really only know the US.

If you have to explain to the bank teller how to spell Istanbul because they’ve never even heard of it, you’re going to the wrong bank.

As I’ve already mentioned, Swiss banks are largely a pain to deal with, especially if you’re a US citizen or even a former US citizen. Whether you’re depositing five or fifty million dollars, they will bombard you with paperwork and draw the process out.

The juice is not worth the squeeze.

Swiss banks are a prime example of old-school marketing that doesn’t live up to the hype.

When I’m looking for anything – a place to live, to invest, or to bank – I want to avoid the marketing hype. Both US and Swiss banks are some of the big name brands in offshore banking, but the problem with chasing brand name instead of real value is that you end up with more problems than solutions.

The other place I avoid generally for that reason is Liechtenstein. They have a very particular kind of person they’re looking for and it feels like a fight to open an account there.

If I’m trying to open an account with my five million, I don’t want to feel like I have to fight the bank to get in. I want to work with a bank that wants me.

Working with the big, international mega-banks will create similar problems for you. HSBC, Citibank, Chase, and others with branches all over the world are not worth your time. In saying that, working with banks on a local or regional level is fine, but you’re going to run into problems as soon as you go international.

BNP Paribas Bank in France is a great option.

In Singapore, you could go to the Bank of Singapore or DBS Private Wealth. While Singapore is generally seen as one of the name brands of offshore banking, it delivers on the market hype with real value.

Staying in Asia, KEB Hana Bank is also worth your time.

If, after exploring other options and avenues, your heart is set on Switzerland, you could try Credit Suisse. 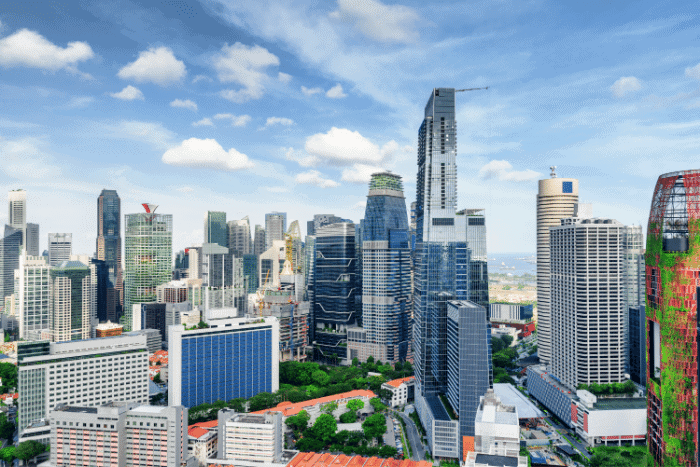 Priority banking in Singapore’s offshore banks is a great option for individuals with a high net worth.

Somewhere in between the mass market banks that want a $1 or $1,000 deposit and the private banks in Liechtenstein that come with a $2,000,000 requirement and all the fancy perks is the priority bank.

If you go to Singapore and walk into any of the big three banks out there, you’ll easily see the difference between them and banks in places like Liechtenstein or Switzerland. Putting a quarter of a million into an account will get you an account manager, but they won’t be as good or as stable thanks to a high turnover rate. And it won’t be nearly as sexy, but they’re still going to bring you tea or champagne while you wait.

Most importantly, opening an account with a priority bank like one of those in Singapore will allow you to use the bank as your global anchor, making it easier for the people you do business with to understand your nomadic lifestyle on a financial and legal level.

Now, Singapore is the new wealth hub for the 21st century, but you shouldn’t stop there.

Go to the UAE and put $100,000 in a priority account there. Then, go to Georgia and create a priority banking relationship with a deposit of $20,000. Depending on where you’re from, you could even go to the US and become a Chase Private Client with $250,000.

Set up a series of banks around the world with one as a kind of lynchpin so that you can get the best of all worlds.

In our modern era, the two million dollar product isn’t going to be that much superior to what you’re going to get for a quarter of a million.

Not for the price you’ll be paying.

It’s an entirely different story if you’re looking into the twenty or thirty million levels. Accounts like Chase’s Private Wealth are going to be superior to any priority account you’d be able to open.

But, for a six- or seven-figure entrepreneur, having a network of priority bank accounts will go a long way to protecting your wealth and opening up new opportunities. 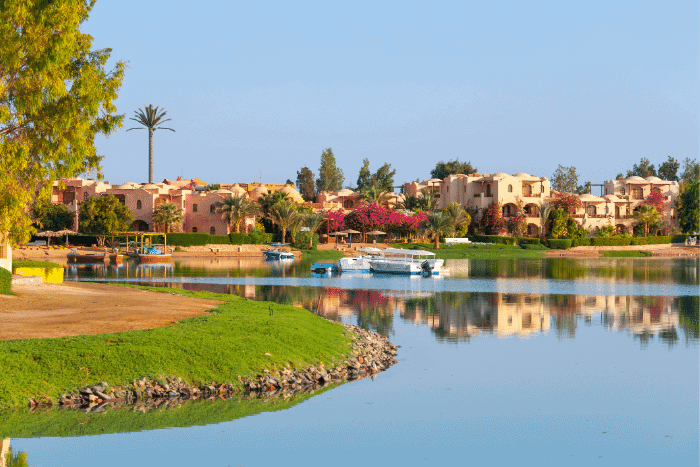 You can invest in promising property markets like Egypt by having a priority bank account in the region.

One of the opportunities you will afford yourself by building a portfolio of banks is the ability to invest and do business in other regions of the world.

I was talking to a friend of mine from Egypt recently about buying real estate in Cairo. It’s one of the cheapest cities in the world to buy real estate (per meter), but there are issues on the governance level that would need to get cleared up before I could really consider investing there.

Regional banks are key to investing in different areas of the world. They have a natural advantage because they know the region better than any other bank. They also help you hold different currencies and consolidate the investments you’re making in local countries.

For example, Asia is a place where many people want to invest. Many banks in the region will give you access to investments that you can only get in Asia.

So, while opening one offshore bank account is a good first step, it shouldn’t be your last.

Finally, having multiple priority banking accounts around the world builds on the basic principles of diversification.

It’s important to have redundancies while living the Nomadic Capitalist lifestyle. You don’t really want to have just one bank that you’re working with. Your entire lifestyle could fall apart if anything were to happen to that one bank.

If that account gets frozen for whatever reason, you have nowhere else to turn to keep up with your bills or payroll. If that bank starts de-risking, like HSBC has with American citizens, and wants to get rid of people who are living where you are, you don’t want to be stuck holding the bag with all your money in one bank.

If you’re a high-net-worth individual, a network of banks will do the most to protect you in case of any trouble.

And this protection extends beyond problems with individual banks. Using a network of offshore banks from around the world can protect you if any one of the countries where these banks are based goes through any instability or change.

If increased government regulations make one of your banks less desirable to work with, you don’t have to hurriedly find somewhere else. If the value of a currency declines dramatically, you have somewhere else to take your money.

The more diverse your banking portfolio, the more protected you are.

So, expand your horizons and build a banking portfolio that will help you go where you’re treated best.