Ever since the Lord of the Rings movies introduced us to the breathtaking fantasy landscapes of New Zealand, high net worth individuals started going there to enjoy the nature, protect their assets, establish a place to retire, and possibly pursue citizenship.

I understand the appeal. Here at  Nomad Capitalist, we have already helped various individuals to relocate. But, quite frankly, unless you’re dead set on living there, I would propose many other alternative countries for expats before suggesting New Zealand.

Cards on the table, I’m biased – New Zealand is not for me.

I prefer a lively and vibrant environment. I like big cities and being near the action.  Given its relatively slow pace and isolated location deep in the southern hemisphere, I personally have little interest in New Zealand.

However, Nomad Capitalist isn’t about what’s best for me but what is most convenient for you.

Typically, the clients who approach us about New Zealand tend to be in their 40s or 50s, and most have families with children. Their attraction to the country seems to focus on the undeniable tranquility and the overall general quality of life which they hope to enjoy.

They also point out the potential tax benefits, which are legitimate, at least to some extent.

New Zealand does not, for example, have many of the peripheral taxes, such as gift taxes, that you will typically find in other developed countries such as the United States, UK and Australia.

Besides, it offers a limited tax exemption, at least for a period of time, and this can offer additional benefits for some individuals.

What you won’t see on the brochures and headlines is that emigrating there on a permanent basis is complicated and requires a fair amount of advance planning, which has associated costs.

But even after all that hassle, you might be rejected. This may surprise you, but New Zealand rejects nearly half of all applicants.

We’ve personally seen ultra-high net worth individuals make substantial investments, wait in line for long periods of time, and still face complications with their applications. Before you ask, no they didn’t have a complicated background and they were Americans.

For these reasons, when comparing the overall value and the relatively expensive cost of the residence program and its associated complications, I find that New Zealand may not always be one of the best countries for expats. I’m not necessarily trying to talk anyone out of New Zealand if that is your preference, but I do think it is important to consider alternatives – so here’s a list of five of them. 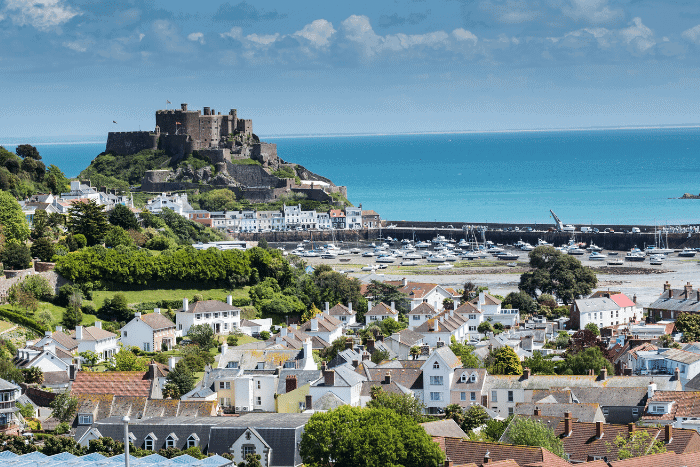 Most people don’t even know of Jersey’s existence, and the wealthy people who appreciate their privacy there wouldn’t want it any other way.

Part of the reason it’s overlooked is that it is a part of the United Kingdom. Despite being a self-governing 45-square-mile island on the Channel, London and Paris are only an hour away and tend to get all the attention.

We recently had a client here at Nomad Capitalist interested in Jersey when she learned that it has an affluent population, great schools, superb hospitals, a high quality of life, and overall great benefits. It is the perfect place to purchase an estate manor and just sit back and enjoy the garden.

From a tax perspective, it is important to note that Jersey does not offer a tax exemption. However, it does offer a flat tax, whereby you pay a lump sum of approximately  £145,000 annually in exchange for living there and enjoying all the associated benefits, similar to New Zealand.

Granted, on paper, this looks like a hefty bill. But think of it this way: if your net worth is over ten million pounds, you will be paying under 1% taxes per year. Suddenly, Jersey becomes quite attractive.

So desirable, in fact, that I included it as second on my list of “The Best Tax-Friendly Countries for High-Net-Worth Expats”.

It’s also worth mentioning that, after some time, you can naturalize as a British citizen, and this is an overall stronger passport than New Zealand. 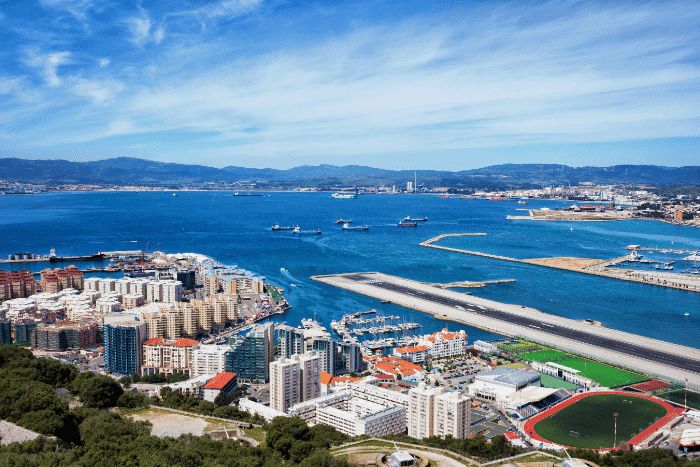 If you’re the type of person who enjoys British culture but hates the weather, this might be for you.

This British Overseas territory is just off the tip of Spain and neighbors Northern Africa. It has historically been a place where cultures meet and it is no different today.

It certainly has a different vibe than Jersey, but it is also connected to the UK and offers similar benefits of eventual British citizenship, top-notch infrastructure and education, as well as a beautiful landscape in a serene environment.

Not only that, but it comes at a much lower cost.

Gibraltar offers a flat tax option whereby you pay approximately £30,000 annually to live there; and with certain types of investments, structured properly, you may be able to reduce it to zero or near zero tax.

As such,  if you find Jersey to be a bit expensive and stuffy for your taste, then Gibraltar might be a better location to consider.

If you’re interested, learn how to obtain second residency in Gibraltar. 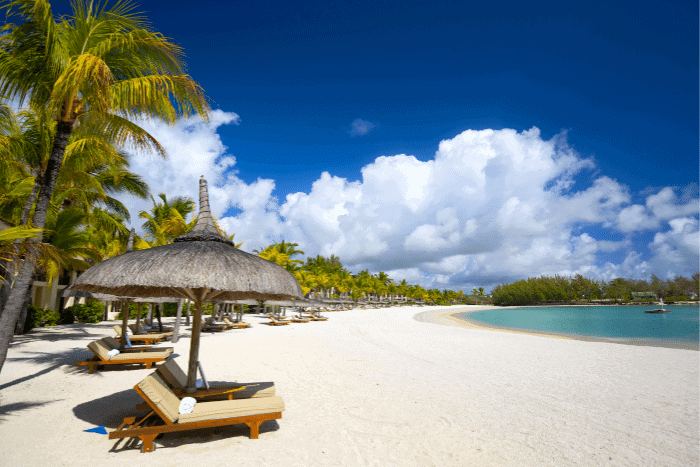 If you really want to “get away from it all”, Mauritius is an ideal location – it’s in the Indian Ocean, approximately 2,000 kilometers off the southeastern coast of Africa, completely off the radar with a tropical environment.

The main difference between Mauritius and our other options is that it is not an Anglo community and is instead Francophone.

Mauritius is sometimes referred to as “The Singapore of Africa” since it is very well managed and generally safe, offers a great rule of law,  is stable, and perhaps most importantly, it offers absolute seclusion.

Mauritius also offers great tax advantages, including favorable offshore company structures. In some cases, annual income taxes may be as low as 3%. But again, proper planning is required.

If you buy certain types of real estate in the range of a half-million US Dollars, you may be able to gain citizenship within just two years – with a bit of research and some savviness, you might be able to turn a profit and gain access to great travel options.

For those with weaker passports, or simply wishing to trade theirs in, you’ll be delighted to hear that Mauritius also offers a great passport. In fact, it is the second most powerful passport in Africa with visa-free travel to 148 countries.

Owing to its independence and remote location, Mauritius managed to create great relations with otherwise geopolitical rivals. As opposed to other countries forced to pick a team, Mauritius has easy access to a wide variety of countries, including Europe, China, Russia, and others.

So, if you like the idea of being part of a country that gets along well with most of the world while also offering tax benefits and a great living environment, then Mauritius may be right for you. 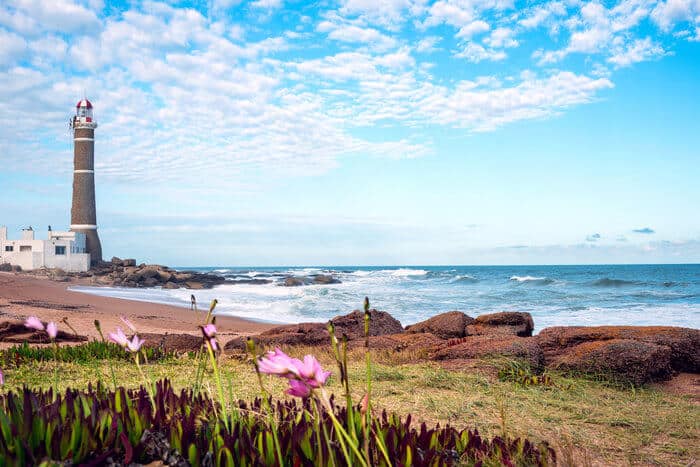 “The Switzerland of South America” – as some like to call it given its overall stability and highly reputable banking sector –  is often overlooked, but worthy of consideration.

Geographically, Uruguay is located on the east coast of South America, and while it is certainly not an island like the other countries I’ve mentioned, it is fairly tranquil.

Its location allows you to enjoy a relatively peaceful environment without going too far off-grid – after all, Buenos Aires is just around the corner.

Now, to be frank, South America has had its share of basket cases.  Some countries in that region have suffered through some very unstable governments that changed repeatedly, resulting in challenging environments and unpredictable business and tax regulations.

Uruguay, however, has been the exception. In fact, it has proven to be a bastion of stability.

It is also relatively accessible since residency is generally easy to obtain, without a great deal of cost or hassle. Lifestyle costs are also very cheap, especially when compared to New Zealand, and it offers a tax exemption possibility.

To top it all off, Uruguay has many beautiful cities and quiet countrysides where you could settle down. And though it may not be the most exciting place in the world, it is nevertheless in close proximity to at least a few emerging economies showing potential in the region. For example, Colombia is a quick plane ride away and could provide some interesting nearby investment opportunities.

When considering different countries for expats, Uruguay may be a better option over New Zealand for high-net-worth individuals who are looking to preserve capital and maintain liquidity. Overall, this South American oasis is a fairly inexpensive, hassle-free option when developing an offshore plan. 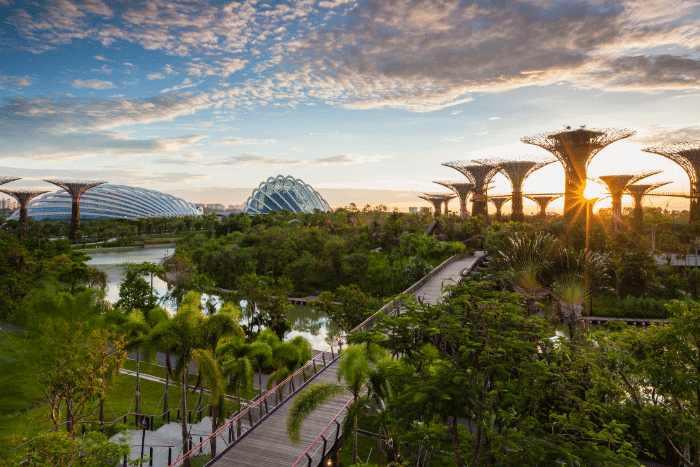 There are few countries for expats more international and accomplished than Singapore – about a fifth of its population has a net worth of one million dollars, and a good portion of the rest are on their way to getting it.

From an investment perspective, the problem with Singapore is that it has become more difficult to get in and much more expensive.

It is difficult to obtain permanent residency, and even more complicated to get citizenship; but even so, Singapore’s residency program in exchange for investment may still provide a better option than New Zealand.

However, if you’re looking for a well-managed country with top-notch infrastructure and close proximity to the business world, then Singapore may be right for you.

Of course, it is more tropical and extremely dense and does not offer the same tranquillity as some other countries.  However, from a wealth preservation and quality of life standpoint, it is certainly an option worth considering.

Sometimes, a location becomes fashionable for a variety of reasons, maybe even dumb luck. When that happens, we usually get a stampede of people banging on our door asking us to help them live there.

While we at Nomad Capitalist have certainly helped a number of people pursue a strategy for New Zealand, I would nevertheless encourage you to explore other options.

If something is popular, it doesn’t necessarily mean that it’s actually worthwhile.

All five of the countries that we have discussed here offer similar benefits to that of New Zealand, but generally at a lower cost and significantly less hassle.  Each is worthy of consideration when developing an offshore plan that is right for you.

Still, everyone has unique needs and there may be a different country (or countries) that works better for you. If one of these countries for expats has piqued your interest or you want help finding another alternative, let’s develop a plan together to come up with your ideal location and offshore plan.