If you have spent any time on our blog, you probably already know that there are a number of ways to get a second passport, depending on how badly you want one.

We recently discussed 13 citizenships you could get rather easily by using one of the oldest tricks in the book: marrying a foreigner.

However, obtaining second citizenship for your children and future generations is just as important – if not more so.

For years, surveys such as The Best Places to Be Born, the Better Life Index, the Human Development Report, and many Quality of Life Indices have chronicled where children are likely to have it best.

I recently discussed this in my article on tips for parents-to-be, suggesting that parents who apply our principles of international diversification practice something called “birth tourism.”

If you live in the United States, you have probably heard the term “anchor baby” – when a non-citizen gives birth to a child in a country with birthright citizenship to gain residence and citizenship advantages – positioned in a bad light. However, there is nothing stopping you from using the same principle to give your kids a head start in other countries around the world.

Parents have a unique opportunity to choose the best country to give birth in. It’s an opportunity even western citizens should consider since even the “first world” United Kingdom failed to crack the top 20 places in which to give birth, falling behind the likes of Montenegro and Lithuania. The study concluded that children born in Britain suffer higher infant mortality rates than many emerging countries. How Does Birth Tourism Work?

Birth tourism is simple: give birth in a country that grants citizenship based on jus soli and provides benefits to all children born there. This will not only give your child a better qualify of life but also entitle them to a second passport immediately from birth. In many cases, parents of such children enjoy a faster naturalization timeline as well.

The process of “jus soli” is generally available to anyone who has a child within the territory of a country with birthright citizenship, even if they are a temporary resident or an illegal alien. The only people whose children do not qualify for instant citizenship are diplomats.

These countries offer what is called “absolute jus soli,” meaning that the biggest hurdle you’ll face in some countries is having to register your bundle of joy with the local authorities to secure their passport.

The United States and Canada are the only “first world countries” that offer unconditional citizenship to children born in the territory, although there are plenty of other excellent places that I would actually prefer to live in that offer this as well.

Here in Asia, Mainland Chinese parents often seek to give birth in Hong Kong to obtain the “right of abode” for their children. (Hong Kongers are Chinese citizens, but with special privileges to reside in Hong Kong.)

Of course, we know that the United States offers birthright citizenship for the same reasons that ancient Rome did: to increase the number of US tax-payers needed to pay off the country’s catastrophic debts.

Giving birth to a child in the United States is setting them up for a lifetime of taxes which they can’t even get out of without renouncing their citizenship. That means even opening a bank account for their college savings will require you to file paperwork with the US government.

For those who want to bestow their child with a second citizenship outside of the highly taxed western world, there are a number of places that offer “jus soli” or birthright of the soil.

Any child born within that country’s territory becomes a citizen at birth, and there are dozens of countries whose laws allow the practice. So, which countries automatically give a passport and citizenship to children born there, regardless of the nationality of the child’s parents?

Almost two decades ago, Ireland amended its constitution to end their practice as the last European country offering unconditional citizenship rights to children born to two foreign parents. Malta had amended theirs earlier, too. Other countries, such as Australia, have similarly tightened their laws.

But when you follow the birth tourism blueprint, you can forget about dual citizenship and give your child multiple citizenships.

Here is the full list of the best countries in which to give birth when seeking birth tourism options, excluding countries where a ban on the practice is currently underway.

*For a child to become a Chilean citizen at birth, their parents must already have a temporary or permanent residence in Chile at the time of their birth.

**As of September 2020, Portugal is just a few formalities away from expanding its jus soli laws granting birthright citizenship to children born on Portuguese soil. Currently, children born in Portugal to foreign nationals can obtain citizenship at birth if at least one parent has been a resident for two years or more. The new law would reduce that timeline to one year.

This is an especially attractive change for Golden Visa investors in Portugal as they will now have the opportunity to bestow Portuguese citizenship on their children after just one year of residence. 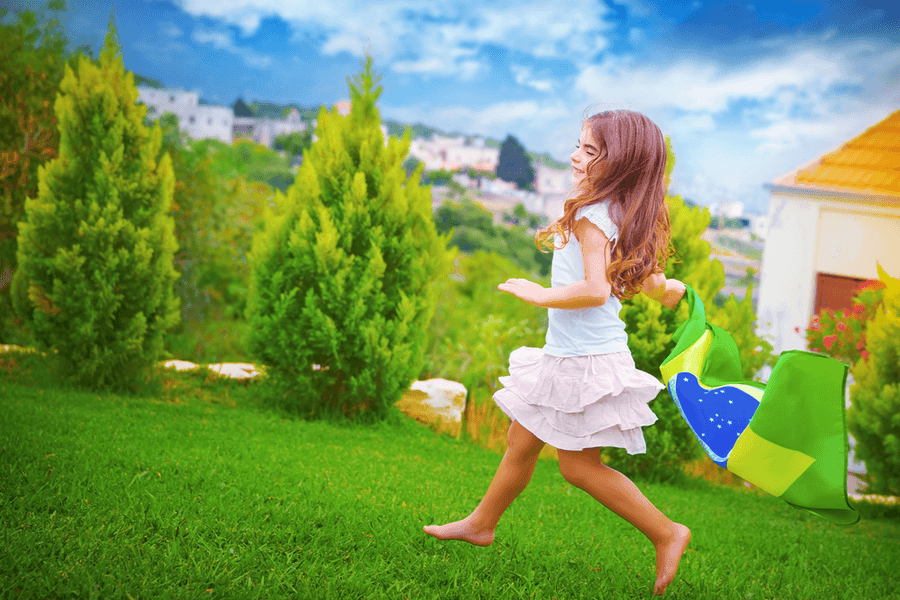 With favorable laws for both children born on Brazilian soil and their parents, as well as high-quality medical institutions, Brazil is one of our favorite birth tourism destinations.

Panama, Brazil, Mexico, and Argentina are particularly noted for their quality medical care, including for world-class facilities that make giving birth there not only easy but much cheaper than any country in the West.

Two of the countries — Dominica and St. Kitts and Nevis — sell economic citizenships for six-figure price tags and even charge for your children to receive a passport, as well. Other countries that used to offer citizenship by investment programs, such as Belize, are also attractive birth tourism options.

Similar to how US persons complain of illegal immigrants getting access to welfare benefits for their US citizen child, several countries on this list offer the ability to fast track your own naturalization as the parent of a local child.

In Brazil, the wait is only one year, prompting my friend Neil Strauss to suggest “knocking up a Brazilian girl” in his book Emergency. But in all seriousness, even foreigners on tourist visas can give birth on Brazilian soil, earning their child immediate Brazilian citizenship and a one-year timeline to their own naturalization. You can learn more about Brazil’s birthright citizenship laws here.

Most other countries will fast track the parents’ naturalization so that you will be able to get citizenship in two to seven years.

And surprisingly, some of these countries offer remarkably good passports. Holders of passports from Argentina, Costa Rica, Mexico, Panama, St. Kitts and Nevis, Uruguay, and Venezuela enjoy visa-free travel to all of Central and South America as well Europe’s borderless Schengen Area and almost every country in Europe.

Some even offer travel privileges to countries that westerners do not have visa-free access to, like Russia.

Guatemala passport holders enjoy all of these privileges save the right to travel to Mexico. Nicaragua citizens enjoy Schengen area access, but more limited options within the Americas. And even some of the lesser passports here allow for visa-free travel of some sort to the UK, Ireland, Malaysia, and Singapore.

For someone interested in raising their family in the world’s emerging markets, the Peruvian passport allows for more visa-free travel to Southeast Asia and South American countries than most “first world” passports.

Outside of Canada and Chile, none of these citizenships will allow your child to visit the United States visa-free. But if you’re reading this, you might actually view that as an added benefit rather than a detriment.

Keeping your child in a growing, more laissez-faire environment is the best way to make the most of his or her birth tourism citizenship.

Be careful that you have the most up-to-date information before giving birth overseas, as a number of countries have ended their policy of giving citizenship based on birthplace; these include Australia, most recently, as well as New Zealand, Ireland, France, Malta, the Dominican Republic (which led to tens of thousands of deportations), and India.

Of course, only you can determine how far you want to take the second citizenship and birth tourism game in an effort to bestow as many nationalities on your children as possible.

And if you happen to be pregnant now, you could always book your hospital stay and join us for one of our upcoming events on the beach.