Why Chinese millionaires are internationalizing their assets

It’s an open secret in many parts of the world that the leaders at the top, and their families, have offshore bank accounts to protect themselves against the currencies that they themselves are busy devaluing.

It’s the very definition of tyranny: imposing one set of draconian, soul-sucking rules on your “citizens” while doing the exact opposite to protect yourself. Even in countries viewed as less corrupt, leaders benefit from inside information, sweetheart deals, and laws they themselves don’t have to follow. (Obamacare, anyone?)

We frequently talk about how most people in the bankrupt western world don’t tend to notice this. They don’t see the destruction of their liberties or the coming collapse of the system.

After all, this is a country where a show about duck whistles beats out all six cable news channels combined, and where “Snooki” has over six million Twitter followers hanging on her every word (today, it was about how she didn’t answer a single question right on Jeopardy!).

In the world’s emerging economies, however, recent history serves as a grim reminder for many about just what to expect from the government. Here in Cambodia, people don’t hold the central bank or parts of the government in high regard — not because it’s the worst government on earth, but because such a brutal regime is barely even in their rearview mirror.

In China, more wealthy families are looking to offshore banking in places like Hong Kong and Singapore. I shared with you a few months ago that more than half of Chinese millionaires want to leave the country, mainly to protect their capital and find better educational opportunities for their children.

That trend continues to this day. As the number of rich Chinese ascending to millionaire status slows, those with cash are increasingly looking for options to escape the currency controls in place on the Mainland.

Those trends are causing an explosion of private banking activity catering to Chinese. There are a lot of property and manufacturing magnates with lots of money but not a lot of knowledge on how to keep it safe.

What’s more, more than half of Chinese nationals who emigrate to Hong Kong do so through shady passports from African nations like Ghana. Once they have a second passport, rich Chinese can bypass Hong Kong’s restriction on mainlanders buying residency status there. 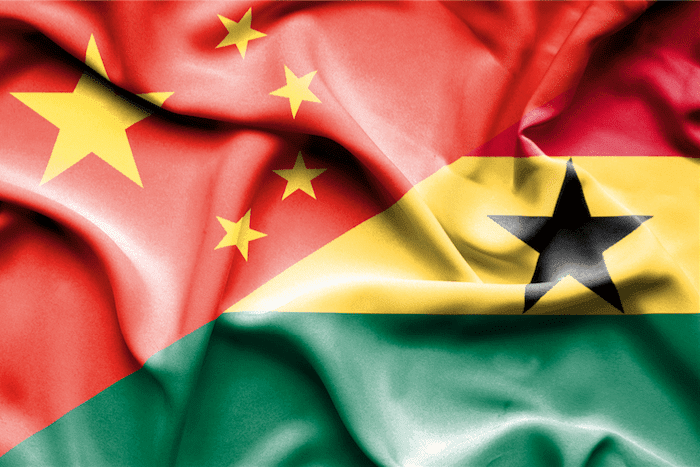 When you REALLY want to leave your home country: Wealthy Chinese have gone so far as to get Ghana passports in order to expatriate to top destinations.

When it comes to protecting their assets, wealthy Chinese know that government — theirs or any other — is not their friend. Because of that, they’re diversifying what they have around the world

They are buying property in places like the Philippines, Canada, and even the Land of the Free.

They’re banking in some of the freest jurisdictions in the world, often in Euros or other foreign currencies.

They’re getting passports anywhere they can to open the door to expatriation, and sending their children to schools across the globe to learn English and bring back western business skills.

Even in an economy with the size and potential for the insularity of China, the Chinese understand that they don’t have to sit around and wait for greater freedoms or opportunities to come to them.

They go to the opportunities.

That’s one reason I’ve always felt at home in China. A pragmatic attitude that focuses on getting things done is simply part of the culture.

Other global millionaires focusing on internationalization

And it’s not just the Chinese who are building their own escape hatches with internationalization, either.

Wealthy Russians have long been seeking their own offshore options. It was widely known that, for years before the “stability levy”, Russian oligarchs and businessmen kept their money in Cyprus bank accounts. Unfortunately, that plan didn’t work too well for them.

Fortunately, wealthy Russians — eager to gain access to Europe’s borderless Schengen area — have also been buying up real estate throughout Europe, from Spain and Portugal to Latvia, where purchasing overseas real estate can get one a residence card.

Like their Chinese counterparts, Russians and others in emerging economies around the world see the writing on the wall. They’re taking steps to protect themselves, whether it’s within their own arbitrary borders or not.

You could argue these large groups of the New Rich are in a different situation because THEIR country is REALLY oppressive… as opposed to the tyranny-lite you’ve got going on where you live. But as the old proverb says, “pride cometh before the fall”.