From James Bond to Grace Kelly, Monaco has been both a home and a vacation spot for many celebrities and wealthy elite, both fictional and real.

Monaco is located near the south of France with France on three sides and the French Riviera, the Mediterranean Sea to its south. This beautiful country is a tourist hot spot.

Monaco is also one of the only tax-free countries in Europe. Its tax haven status attracts a lot of wealthy entrepreneurs and expats.

Monaco is a small country. It only covers a 0.78 square mile area. Packed into this small country is a population of 38,300, and around one-third of the Monaco population are millionaires.

All of this makes Monaco one of the best places for expats to retire. 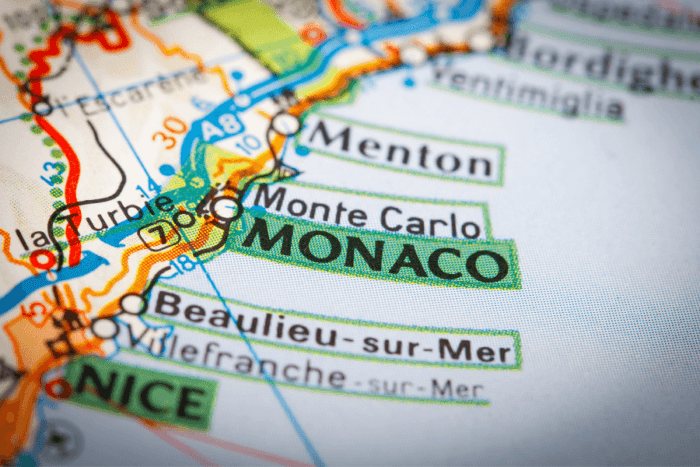 Monaco is a small country located along the beautiful French Riviera.

Monaco is located south of France along the French Riviera.

What is the capital of Monaco?

Monaco is a city-state. This makes Monaco the capital of Monaco.

What is the Best Time of the Year to Live in Monaco? 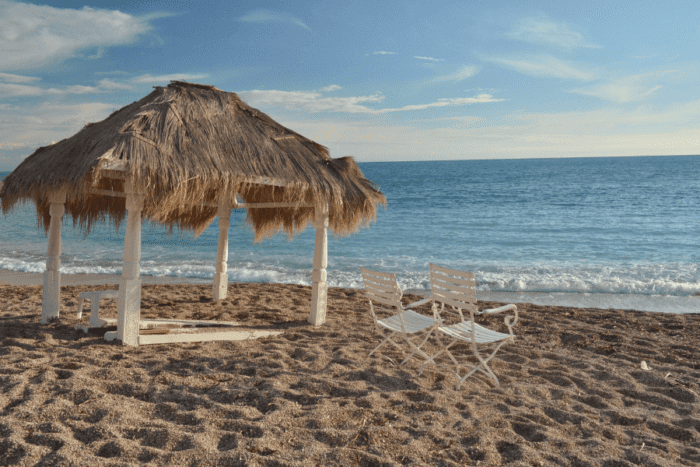 Monaco has warm and mild climates all year long.

Monaco has a pretty mild climate for most of the year. Summers in Monaco are long and warm. Winters tend to be short and mild.

The average temperature in Monaco is around 60°F – 80°F in the summer and 53°F in the winter. Monaco and the surrounding areas usually see sunshine 300 days of the year. The nice weather makes living in Monaco a great option year-round.

The Best Neighborhoods in Monaco 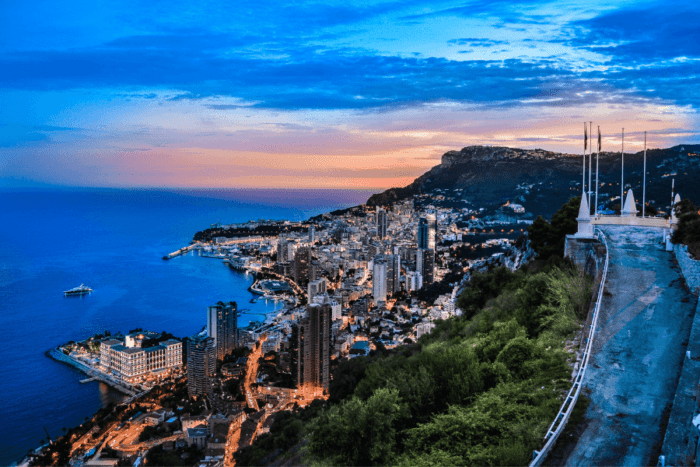 There are many options for living in Monaco, from Monte Carlo to La Condamine.

Even though Monaco is a small space — it’s smaller than Central Park — it can be divided into four quarters.

Where is Monte Carlo, Monaco located?

Monte Carlo is at the heart of Monaco. It is a great area for shopping and the location of the Monte Carlo Casino, Hotel de Paris, and Cafe de Paris.

Monaco-Ville, sometimes called Le Rocher, is located in the south-central area of Monaco. This is the oldest district in Monaco where the Prince’s Palace and Cathedral of Our Lady Immaculate are located.

Fontvieille is located in the southernmost part of Monaco. This area is built on land reclaimed from the sea, which lends itself to one of Fontvieille’s most notable features, Fontvieille Port. Here you will see a variety of luxury yachts. This is also where the Stade Louis II and other sports arenas are located.

The Moneghetti district of Monaco has many skyscrapers and condos. The only railway station in Monaco is located in Moneghetti. You can take the train to France or Italy.

Saint Michel, La Colle, Les Revoires, and Moneghetti have cheaper property prices than other areas of Monaco. However, prices are still higher than many other places in the world.

What is the Quality of Life in Monaco? 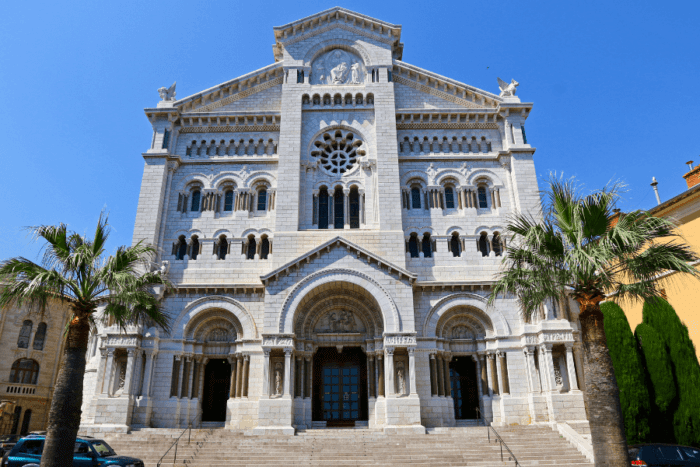 The Monaco population has a higher than average life expectancy.

Monaco offers a high quality of life. Monaco is one of the safest countries in the world. People in the Monaco population live longer on average with one of the longest life expectancies in the world at 85.8 years.

Monaco also has a low unemployment rate. The Monaco population is made up of successful entrepreneurs, celebrities, and even royalty. The poverty rate in Monaco is 0%.

What is the Cost of Living in Monaco? 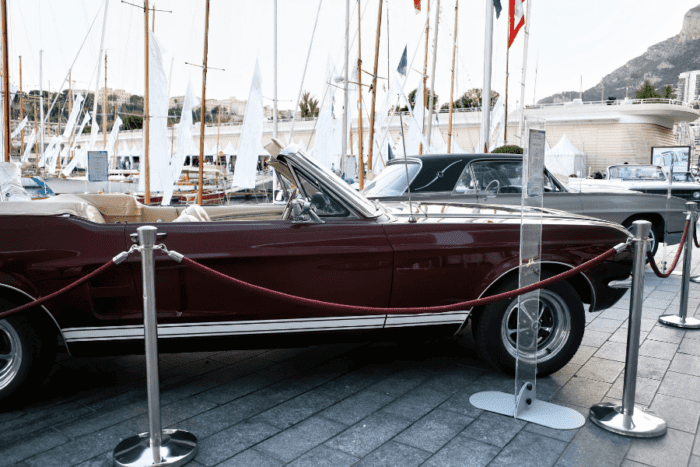 Those living in Monaco have to pay a high cost of living to afford a high quality of life.

Excluding the cost of rent, it would cost a family of four living in Monaco around $5,650 dollars each month. A single person’s monthly expenses in Monaco without rent would be around $1,550.

A gallon of gas costs around $7, although you can easily walk or take public transportation to get around this very small country.

Real estate in Monaco can cost over $4,500 per square foot, which makes it one of the most expensive markets in the world. A home can cost over $5 million.

The Best Co-Working Spaces in Monaco 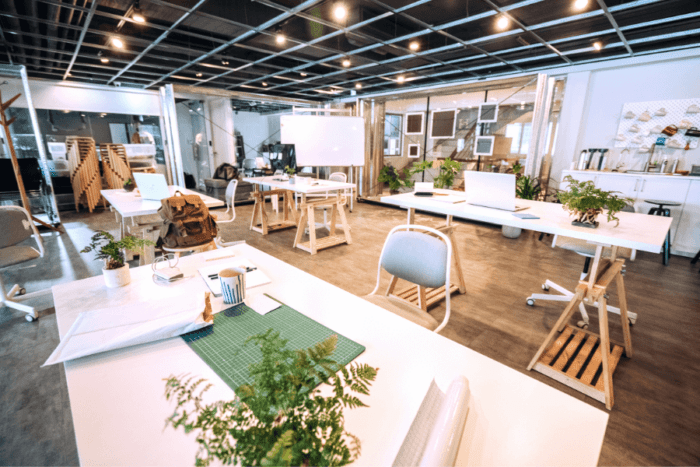 You can work in one of many different co-working spaces in Monaco.

With a limited amount of space in Monaco, it may make more sense for those living in Monaco to use a coworking space.

Regus: Regus has a coworking office in the Monte Carlo Sun. You can rent an office space for $673 each month or a coworking space for $576 each month. Meeting rooms are available for an hourly fee of $71. There are 24 private offices, 35 coworking desks, and one meeting room. These offices are open to members 24/7.

International Business Center: Exclusive offices at the Monaco International Business Center start at $1836 per month. These offices can host one to six people and come with 24/7 access, access to a meeting room for four hours each month, office equipment, and air conditioning and heating. A hot desk costs $36 per day. A co-working workstation costs $306 per week or $673 monthly.

How Accessible is Monaco? 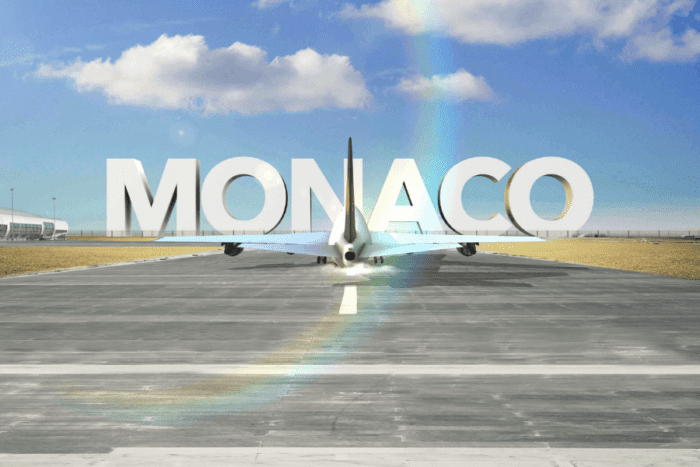 Monaco can be accessed via the Nice Cote d’Azur Airport, the Monaco Heliport, train, bus, or car.

The closest large airport to Monaco is the Nice Cote d’Azur Airport, which is located about 30 minutes away in France.

There is a small airport, the Monaco Heliport, located in the Fontvieille area of Monaco that connects to the Nice Airport and a few other major cities.

How Safe is Monaco? 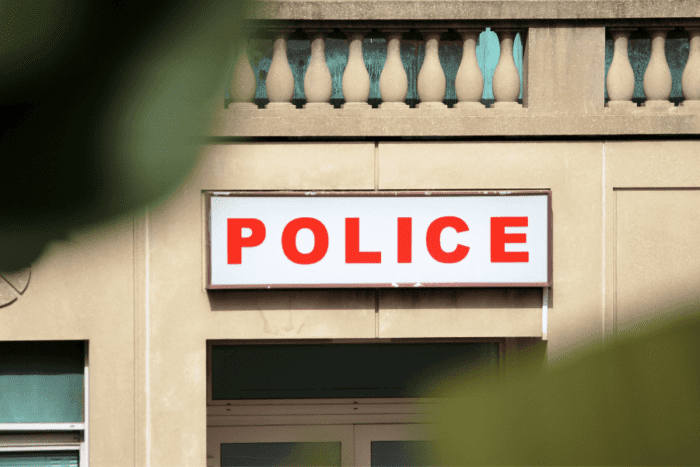 Monaco is one of the safest countries in the world with a large ratio of police force to Monaco population.

Living in Monaco is very safe. Monaco is considered one of the safest countries in the world. The entire town of Monaco is monitored by a 24-hour video surveillance system. They also have the most policemen per head out of any country — one police officer for every 100 residents of the Monaco population.

What are the Best Places to Eat and Drink in Monaco? 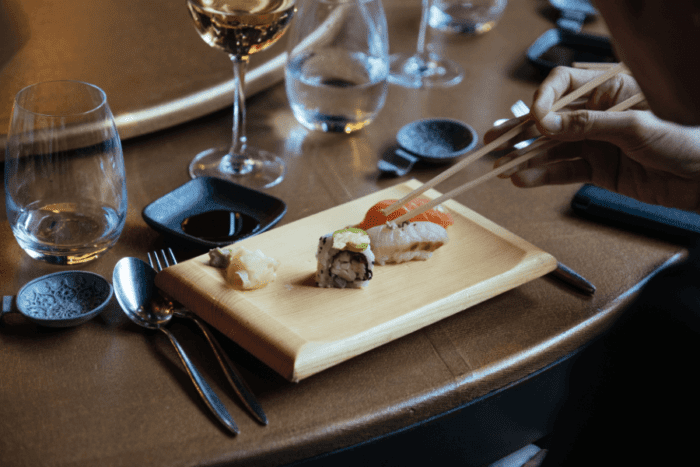 The Monaco population can enjoy a variety of cuisine, from Mediterranian to Japanese.

Le Louis XV – Alain Ducasse a l’Hotel de Paris – Le Louis XV is a three Michelin star restaurant located in Monte Carlo. In 2003, it was ranked as the third best restaurant in the world. Since then, it has continued to impress.

Blue Bay – The Blue Bay is located in the Monte-Carlo Bay Hotel and Resort. This Michelin star restaurant has an ocean view, valet parking, and serves Mediterranean, Caribbean, and seafood cuisine.

Yoshi – Yoshi is a Michelin Star Japanese restaurant located in the Hotel Metropole along the French Riviera. Check out their sashimi, nigiri, sake, or Japanese green tea.

Cafe de Paris – The Cafe de Paris Monte Carlo has been around for 150 years. This cafe is a great place to get coffee or tea. You can also order Mediterranean meals and make sure to end your experience there with some ice cream.

Il Terrazzino – Il Terrazzino is the perfect place to get a taste of Italy while in Monaco. The chef makes Neapolitan meals inspired by his home. The average cost for a meal here is a bit cheaper than the other places we’ve mentioned.

What is There to Do and See in Monaco?

Monaco Grand Prix – If you get a chance to be in Monaco during the Formula One Grand Prix in May, be sure not to miss it. At other times of the year, you can still find high-end luxury cars in the streets of Monaco.

How Open is the Culture to Outsiders? 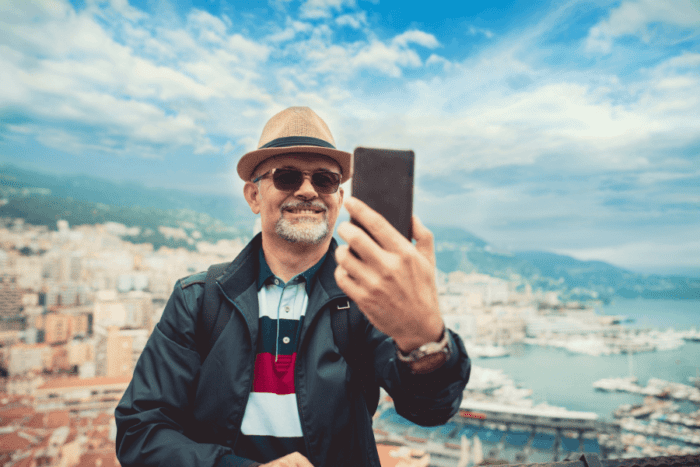 People of all different nationalities are living in Monaco.

Monaco is a popular tourist destination and attracts residents from all over the world.

Monaco has a mix of people from all nationalities. There are over 130 different nationalities that can be found in Monaco, and over 75% of Monaco residents were born outside of Monaco.

Monaco has no direct taxation, making it a tax haven. Monaco does not charge its residents income tax — income tax was abolished there in 1869. Monaco also has no capital gains tax or wealth tax.

While there isn’t a property tax in Monaco, there is a rental tax of 1% and a 33.3% tax on real estate when it is sold.

Companies that are incorporated in Monaco do not have to pay any tax unless over a quarter of their revenue is coming from outside of the country. Those companies are taxed 33.3%.

Monaco’s value-added tax (VAT) tax is the same as that of France — 20% for goods and services with a reduced rate of 10% for specific products. The VAT tax for food and transportation is 5.5% and there is a 2.1% special rate VAT tax for newspapers, cultural performances, and medicines.

There are three ways to get residency in Monaco.

When you first get your residency in Monaco, you’ll get a temporary residence card (carte de sejour temporaire). This lasts for twelve months and can be renewed twice.

Afterwards, you can upgrade to an ordinary residence card (carte de sejour ordinaire.) This card lasts for three years and can be renewed as many times as you need.

After nine years of residency in Monaco, you can apply for a privileged residence card (carte de sejour privilegie). This residence card lasts ten years, but in order to maintain it, you have to reside in Monaco for a minimum of 183 days each year.

In order to get residency, you’ll first need a long-stay visa. Then you need to provide proof of accommodation and have sufficient financial resources.

You can find a step-by-step process for applying for Monaco residency here.

Can You Get Citizenship in Monaco? 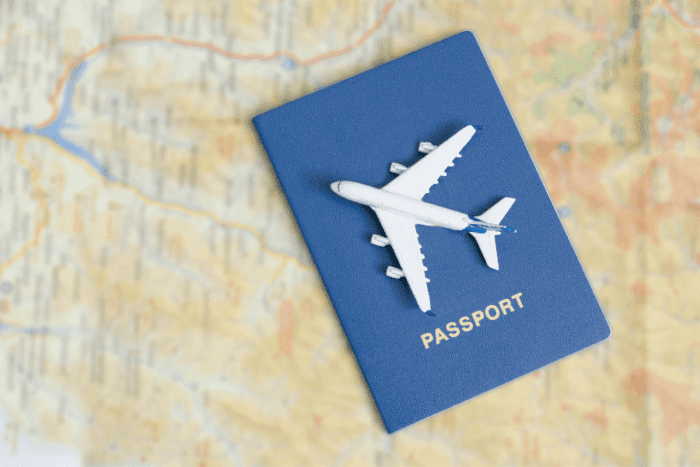 Do you need a Monaco citizenship to retire in Monaco?

While it is possible to get residency in Monaco, getting citizenship in Monaco isn’t very easy.

If you would like to get Monaco citizenship, you’ll need to have resided in Monaco for ten continuous years minimum.  At this point, citizenship isn’t guaranteed.

Remember that you don’t technically need citizenship to stay or live in Monaco. You can stay there long-term with residency.

If you are really wanting to get a second passport, there are other options. It might be a better option to get citizenship by investment in the Caribbean or citizenship by descent elsewhere if you can.

Living in Monaco can be a great option for expats. There are lots of things to do — and you won’t need to worry about feeling unsafe.

The cost of living is expensive, but it matches the high quality of life. The Monaco population of high-worth individuals is accustomed to living a life of grandeur and luxury.

If you want to find out how Monaco can be incorporated into your holistic tax plan, you can contact the Nomad Capitalist team.