Hospitals and real estate in Nicaragua & Social Security for renunciants

I’ve had a productive two weeks in Nicaragua and I’ve shared a number of interesting opportunities here. Tomorrow I’m heading to the USA for a quick three day visit, so while I’m mentally preparing myself for the lack of freedom that awaits, I thought I would answer a few questions I’ve received from readers. 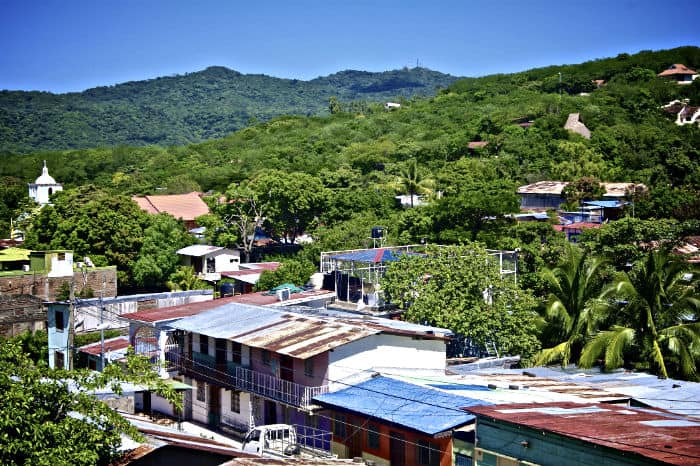 How to rent property in beach resorts like San Juan del Sur, Nicaragua

Hey Andrew, It seems like you’re living quite the life. I was excited to see you were in San Juan del Sur since we have been thinking of spending more time there. My husband is from near there and we have considered purchasing property in Nicaragua to use for vacations and eventually to retire to years from now. I was wondering, do you know anything about the safety of a property like that while it was unoccupied? What would you recommend?

San Juan del Sur is a beautiful place. Personally, it’s not the kind of place I could live permanently; I need a bit more to do. However, if you love to surf, or just love quiet, ultra-laid back beach towns, it’s a perfect place to be part or even all of the year.

Real estate in Nicaragua is relatively well developed, including the property market in cities like San Juan del Sur, Granada, and other expat-friendly places. There are quite a number of real estate agents, including plenty of American and British expats in the business. Some are better than others — I had a miserable experience with Century 21 in San Juan del Sur, for instance — but there is plenty of choice.

That means that renting a vacation property is pretty straightforward. If you purchase a property that’s worth renting, it will be easy to rent out anywhere from 30% to 80% of the time, according to my preferred real estate contact. Obviously, the more desirable the property, the more it will rent.

Property managers deal with the tenants, take their cut, and send you the rest. Simple. If you prefer longer-term tenants, there are certain properties that make for better seasonal rentals, such as to a snowbird couple. A good real estate agent could advise you on which property best suits your needs.

There are also properties in parts of Nicaragua sold under “109 rules”. Owners may use these properties up to 109 days per year, then the condominium or hotel rents out the rest of the nights on their behalf, keeping a management fee and passing along the proceeds.

As to the safety of investing in Nicaragua real estate, I believe the risk of expropriation is relatively close to zero. Consider that governments like those in The Land of the Free use fancy lingo like “eminent domain” to expropriate land already.

There are some issues with titles on some parcels of land, thanks to “agrarian reform” and other land grabs during the civil war decades ago. As I said yesterday, though, the old communist governments want to be part of the cool kids’ table and have found capitalism.

Title issues typically don’t impact the areas where expats want to live, like San Juan del Sur, but it’s well-advised to hire a local lawyer for 0.5-1% of the purchase price to make sure your property has a clean title. Even those that don’t can often be settled by paying the original owner and the benefit of past expropriation. Prices can sometimes still be surprisingly reasonable in this scenario.

I want to move abroad, possibly to Central or South America, but I’m in my late fifties and worried about my wife and I having good health care. What can you recommend?

I would prefer to receive my health care outside of the United States. Costs there are so outrageous that it makes your head hurt. Even once you qualify for Medicare, the co-pays and extra plans you need can runs well into the hundreds of dollars per month per person. You could get a good expat health insurance policy for less than that.

I’m a little biased, but I don’t think care in this part of the world is quite as good or as inexpensive as it would be in Malaysia or Thailand. Prices there are so amazingly reasonable, and the quality of care so good that it would make your head spin.

However, I did get a physical at the top facility in Nicaragua — the Metropolitan Hospital in Managua. It cost all of $35 and the doctor was amazingly friendly. He even gave me his phone number and email address if I had followup questions. For an extra $16.50, I got a lab test done and I had the results in my email inbox by the time I got back to my hotel.

Panama is perhaps Central America’s best known country for medical tourism. You wouldn’t need to live there necessarily in order to get care; it’s a short flight from anywhere in the region, if not a bit expensive (Managua to Panama City flights clocked in at about $200 one-way during my stay).

John Hopkins has a hospital in Panama, and there may be the potential to even use Medicare benefits there. I guess the flat broke entitlement system in the US needs every cost advantage it can get to stay afloat.

Hi Andrew, Thanks for all you do. I have a concern… I don’t want to renounce my citizenship and give up a nice Social Security income I’ve built up. What is your recommendation?

Renouncing your US citizenship is obviously a decision that most people don’t take lightly. If you’re looking to live as an expat in another country, consider one that gives you credit toward future citizenship in a reasonable period of time.

Here in Central America, Panama citizenship can be obtained in five years if you take the right residency path. Nicaragua citizenship can be had in seven years. Of course, if you can get a second passport through your ancestral ties, or through an investment, even better. Until then, you can’t consider renouncing.

And many expats don’t ever intend to give up their citizenship. If you’re of Social Security age, why not claim all of the benefits you’re entitled to and help bankrupt the system faster while living in a nice place far away from the gestapo?

As to Social Security benefits, they are not forfeited just because you renounce your citizenship. Remember, the government still wants you to think that there’s some Social Security account with your name on it somewhere, like Al Gore holding a lockbox for your personal benefit.

There are some cases in which you may need to return to The Land of the Free once or twice a year in order to keep the benefits coming. If you have a “bona fide residence” in another country, you can spend up to 120 days per year in the United States without invoking the wrath of the IRS in most cases. Ask your tax or legal counsel for the specifics regarding your situation, which is also based on which country you want to move to.

The US government won’t send Social Security payments to places like Iraq, Cuba, or North Korea, but I doubt those places are on your radar.

Overall, the opportunities for health and wealth outside of the bankrupt west remain strong.