The new US “Startup Visa” for foreign entrepreneurs (is it worth it?)

Last Updated: August 11, 2021 Dateline: Tbilisi: Georgia Go where you’re treated best. We talk quite a lot around here about those five magic words. Whether it’s placing your gold in the best countries for offshore gold storage, banking in the world’s best banks, setting up your business in a country with favorable tax policies, or simply going where you can best enjoy life — “go where you’re treated best” is undoubtedly the Nomad Capitalist mantra.  However, people have been following that creed for thousands of years. Whether they were the original nomads constantly in search of the best pastures, gold prospectors, or religious pilgrims looking for a place to freely live their beliefs, the world has always been full of people on the move. People went to wherever had the best conditions for living an abundant life. And, for several centuries, the US was a prime location for people willing to pull up their roots in search of something better. Naturally — despite the controversy and challenges that immigration seems to cause there — the US did, and does, benefit from all those enterprising individuals. Simply put, those brave enough to leave the comfort of home are usually the ones with enough vision and drive to build and achieve great things. Even in recent years, over half of US-based start-ups valued at $1 billion or more were started by immigrants. In fact, these 50 companies are valued at $248 billion collectively, and each one creates an average of 1,200 jobs per company, with the majority being in the US. These start-up immigrants hail from places as far away as Argentina, Colombia, Ireland, and South Africa, and as close as Canada for Uber’s co-founder, Garret Camp. While there are many immigrants from Western European countries such as the United Kingdom, Germany, France, Ireland, Holland, and Norway, immigrants from Armenia, Azerbaijan, and Russia have contributed several billion-dollar companies as well. And to round out the list, Israel, China, Iraq, Singapore, and South Korea all have at least one billion-dollar start-up founder in the US as well. While it appears that the world is well-represented among the movers and the shakers in the US start-up scene, it is far from what it could be. The US immigration system is anything but an open-arms policy for the world’s best and brightest. And, unsurprisingly, it seems that the best and brightest are beginning to look elsewhere. In this article, we’ll discuss US immigration, what the US start-up visa is and how to get it, and why the International Entrepreneur Rule (IER) is still imperfect.

The Tables are Beginning to Turn

Several years back, I noticed something interesting during a stay in Southeast Asia — while young people were still looking to get out and find the best opportunities, very few of them mentioned anything about the US. Silicon Valley hadn’t just lost its appeal as the innovation capital of the world, but it was being replaced by new entrepreneurial ecosystems. These innovators were looking to places like Qatar, Dubai, Australia, Singapore, Israel, and India — not the US. Opportunities are everywhere now, and foreigners don’t need the US like they did in the past. As one technology designer in India told Vivek Wadhwa, “Why should I move to Silicon Valley when I have a market 10 times as large here?” And I would add, why insist on moving to the US when taxes are high, and residency is nearly impossible? Wadhwa estimates that by 2026, over 1.5 million skilled workers will be in “immigration limbo” in the US. Even worse, only 140,000 green cards are made available each year for such applicants. He explains the consequences: “Hundreds of thousands of highly skilled workers as well as the graduates of top American universities have returned home because of America’s flawed immigration policies. They are in leadership roles at top research labs and at the unicorns in China and India. America has lost an entire generation of entrepreneurs and innovators and bolstered its global competition.” Indeed, many industry leaders and tech titans claim that the restricted immigration policies in the US keep the country from competing with the rest of the world and therefore greatly limit innovation. Even if the number of available H1-B visas were to go up, it would do nothing to draw in entrepreneurs who want to start their own businesses on US soil.

The International Entrepreneur Rule – The US “Start-up Visa”

The International Entrepreneur Rule can help you get a “start-up visa” in the US.

That is one reason why the White House has created the IER. As we all know, immigration is a hot button issue in the US. So, while President Obama’s common-sense immigration reform plan always included a “start-up visa” for international entrepreneurs, the bipartisan immigration bill that passed the Senate in 2013 got shot down in the House shortly thereafter. After that, the Obama Administration made a last-ditch effort to create some form of the original plan, within the extent of Obama’s executive legal power.  Through the Department of Homeland Security (DHS), a President has parole authority, meaning he or she can grant temporary entrance into the US to certain individuals. On August 26, 2016, DHS proposed the IER, allowing foreigners to enter or remain in the US to work at qualifying start-ups. It was passed in 2017 but was then repressed under the Trump Administration as he tried to squash it. This resulted in only 30 filing attempts and one approval between 2017 and 2019. Luckily, the Biden Administration brought back the rule in May of 2021 and foreign entrepreneurs can again be hopeful. While the IER program is not a real start-up visa program , it does offer an immigration solution. It is an entrepreneur parole of sorts. However, it is important to note that those who use it will not be granted an actual visa, visa stamp, or green card. As Wadhwa puts it, “this is not a slam dunk for entrepreneurs wanting to come to the US — and it provides no clear path to permanent residency.” Still, it’s better than nothing.

How to Qualify for the US “Start-up Visa”

If, despite its limitations, the US is still the best place for your particular start-up, here’s what you need to know about the IER program and how to qualify. It will be granted on a case-by-case basis for entrepreneurs of existing start-ups. Keep in mind:

Up to three entrepreneurs per start-up can be granted IER parole, and the spouses and children of the entrepreneur may also be eligible However, while the IER parole can allow you to reside in the US and work on your startup, as Wadhwa previously stated, this parole is not a long-term solution. Unfortunately, it can be terminated at any time by the Department of Homeland Security (DHS), and it doesn’t provide a path to permanent residency. That means that all entrepreneurs need to plan for beyond the allowable parole time frame and see if they can qualify for any other type of visa, given that they want to continue to stay in the US. 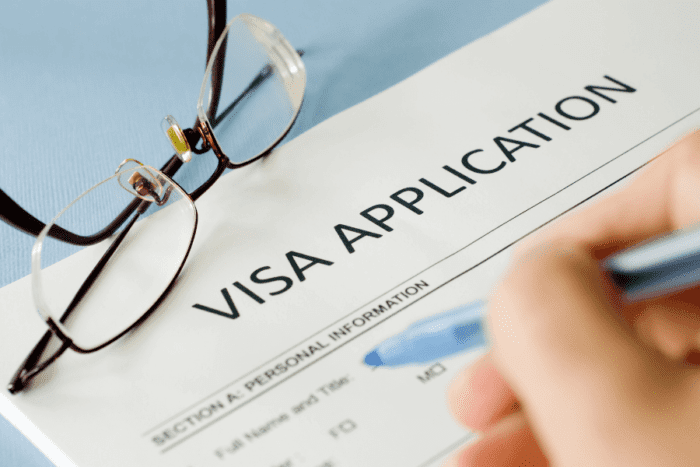 The new IER will mostly help foreign students who began working on a venture, new technology, or product while in the US, but cannot continue their work due to the limitations of student visas and the visas available after graduation. Unfortunately, it will not solve all the issues with the US immigration system. For instance, many graduates depend on H1-B visas. However, due to the low number of available H-1B visas, thousands of talented, educated workers are kicked out of the country each year. Just look at these Penn State students who were sent packing the moment they graduated. In 2019, there were more than 188,000 high-skilled foreign workers who received the H-1B Visa in the US. However, in 2020 during the pandemic, that number dropped drastically.  While the current administration is taking steps to address the immigration agenda and dig out from the mishaps of the previous one, the US economy is losing out on all the benefits the foreign-born tech and entrepreneurial talent could bring — whether they contribute to existing businesses or create their own. Sure, the IER will allow people to stay, but most immigrant entrepreneurs are only successful at getting their business off the ground after they get residency. Who’s going to invest in a company when the founder may eventually have to leave the US? For example, one successful immigrant entrepreneur had to wait seven years for his visa before he could officially launch his tech start-up, valued at $1.9 billion. In my book, that’s an immigration system that is seven years too slow.  In the end, there’s no doubt that the US needs better immigration reform before becoming a truly attractive place for foreign-born entrepreneurs.

Moving Beyond the United States for Start-up Visas

Until then, the US will continue to lose entire generations of entrepreneurs and innovators to the rest of the world. While this is a huge loss for the US, it’s not a loss for the entrepreneurs who will take their talent and innovation with them to places where they’ll discover even more opportunities than the US could ever offer. There will always be people around the world who want to come to a developed country to work. Many of those workers would be willing to go to Canada, Europe, Hong Kong, Australia, or any number of other places. And many of them are realizing that emerging and frontier markets may offer the greatest opportunities of all. The global economy is far more competitive these days. And I’ve said it for years – the Singapores and Hong Kongs of the world are increasing as countries realize the incredible benefits of efficiency, pro-business policies, and attractive immigration systems that allow the best and brightest into their borders. In the grand scheme of things, the US is becoming just another dot on the map for many foreigners. Talent, like capital, goes where it is treated best.

Summary: The New US Start-up Visa 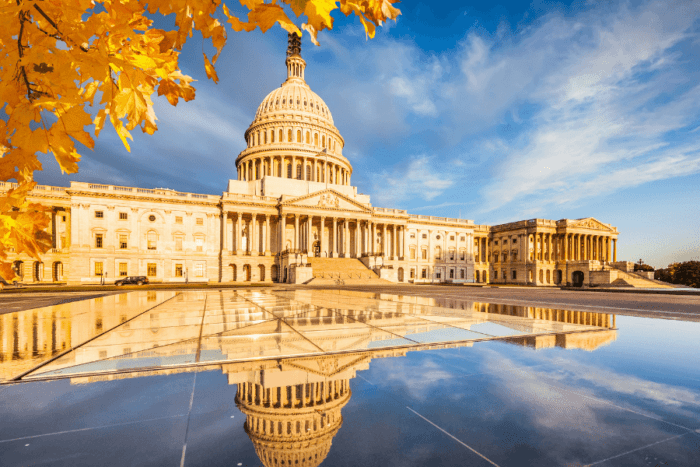 To create a strategy for your US “start-up visa”, contact Nomad Capitalist today.

If you’re an entrepreneur who wants to create a start-up in the US, then the IER program might just be your ticket. Especially if you already have access to US investors. While it’s not a perfect program and it doesn’t directly lead to permanent residency, it can help you get started in “the land of the free.” However, it will be important to keep in mind that immigration laws are constantly changing, and each Administration will have its own agenda on this topic. If you want to investigate strategies to create the perfect location for your start-up – in the US or elsewhere – contact Nomad Capitalist today. We’re ready to help.