Most people don’t travel. In fact, almost half of US citizens don’t have a passport. Unsurprisingly, the world’s infrastructure is not designed with the digital nomad or Nomad Capitalist lifestyle in mind.

As such, at times there are trivial banking issues that surface when living abroad that could be solved within minutes under normal circumstances but can be a major problem if you are on the other side of the globe and lose a card or need to renew one.

Experience taught me to keep this type of thing under consideration. Several years ago, I was traveling in Romania and my bank flagged my activity as unusual. Long story short, after several frantic calls abroad, I was told the solution was to simply go to my closest local branch and they would sort me out in a matter of minutes.

They didn’t particularly care though when I mentioned that “my closest local branch” was a continent and an ocean away.

I was locked out of this account for months and I had to manage to work around it and make do. This experience taught me a valuable lesson, which is to be prepared and not just expect that banks will particularly care enough that they would want to help you out.

In this article, I’ll walk you through the strategies I’ve developed over the years to bypass these issues with offshore debit cards and the redundancies I’ve built to deal with them when they do arise.

Due to how taxes are structured around the world with international agreements and different systems of taxation, I have come up with the Trifecta model for living. In short, it means that I have three main home bases that I visit regularly.

I like having bank accounts in each of these countries so that I can make local payments and not have to deal with international transactions unless it’s absolutely necessary. This means that at no point is all my cash parked in a single country.

I also like having other bank accounts for various purposes within the different countries where I do business. For example, on occasion, I have separated what I owe in tax under a separate bank account.

Think about each place you live and have a bank account as different folders on a computer that all serve a different purpose.

In other words, I like having many options available to me – whether I use my offshore debit cards is quite a different question altogether. I don’t use most of the cards I have, as it’s unnecessary and confusing.

Furthermore, with services like Apple Pay, Google Pay, and others, you often don’t even need to use a card in your day-to-day life. Your phone becomes a valid alternative.

You also have the option of issuing “digital” cards that have a spending limit, so you’re further insulated from scammers and recurring payments.

This means that losing the card, or having it expire on you, is increasingly an outdated problem.

That’s the beauty of the modern world, you can have your offshore bank account online. It’s also far safer because if you lose your phone or it gets stolen, there are several layers of security. First, there’s the lock screen, and then there are the app’s own security features, which more often than not means you can lock your phone remotely in the event of theft.

In the past, tax consultants would suggest having your tax-free bank account in some far-flung place that you would never visit, like the Cayman Islands. But with the advent of regulation like FATCA and CRS, bank privacy is dead.

It’s of little use to bank in a tax haven if you have no life presence there. Your government will want its cut regardless and might slap a penalty fee for attempting to deceive them.

So, now I suggest having your tax free bank account locally – live where you are treated best and where you can actually have good taxes without doing anything of questionable legality.

The headaches are simply not worth it as the new offshore is onshore.

Besides, it doesn’t take particularly much money to already be considered a VIP and get the red carpet treatment in many places. For example, in Georgia, as little as $20,000 will get you priority banking status, and then any hiccup you might have, they’ll solve for you.

Lost your card or had it stolen and you’re in a random country? This is the benefit of having a private banker, they can ship a replacement to you overnight!

To put it bluntly, most financial institutions in most countries are not designed for the Nomad Capitalist lifestyle. Their worldview is particularly constrained and they will punish you if you attempt to go off-piste.

Either they will charge you extortionate FX rates for your offshore debit cards, or you have to notify them when you’re going abroad, only for them to flag your account if you decide to have a coffee somewhere.

So, there are really only two types of accounts that you ought to consider.

Firstly, you have your local account, which you only use for affairs in a specific country, and then you have the offshore bank account which allows you to make international transactions without major issues.

It’s easy to get mad at a hammer if you’re trying to screw something in. Each tool has a specific use and trying to use them for something else that they weren’t intended for often leads you down the wrong avenue.

Don’t get me wrong, some experimentation is useful, and even encouraged. That’s partially what I have my R&D team do for me – they try things out so that we can then advise our clients with novel strategies nobody else has even thought of.

Sometimes they discover, for example, that certain Armenian bank accounts are useful offshore tools, despite the fact that they weren’t marketed as offshore accounts. Other times, they discover that some banks just cause bureaucratic headaches because their accounts were frozen.

The Nomad Capitalist philosophy is about living life on your own terms. If you’re constantly striving to get the best means of living abroad without the financial headaches of money management, we’re here to help! 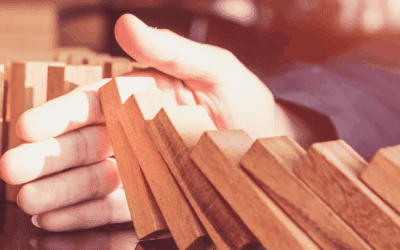 How To Avoid Bank Failure By Going Offshore

Dateline: Kuala Lumpur, Malaysia When times are good, we rarely concern ourselves with worst-case...