5 Countries with The Highest Inflation in the World

Spending my last couple of weeks bouncing back and forth from my summer house in Montenegro and our current Nomad team HQ’s in Belgrade means I spend a lot of time hanging out with my friends from Balkans.

As I have a strange fascination for their history ( Jet legged insomnia once resulted in a whole weekend spent watching documentaries about the breakup of Yugoslavia), I tend to ask them a lot of random questions about how it was like growing up here in the 90’s.

One of the things you have to notice about the whole nation, which is a somewhat strange phenomenon for someone born in the US, is that they tend to have a small dosage of ”black humor”, meaning they will crack jokes even about probably the most traumatic period in their lives. Remember, these are the people who organized concerts in 1999 ( time of NATO aggression) just to show that their spirit has not been crushed.

Even the younger ones from my friends always remember inflation, or as one of them explains it- ”real-life monopoly game” mentioning the time when their parents would give their monthly salary in billions of dinars to their children to play with it, since by the time they got home it would be worth a dozen of eggs.

This is an extreme example of inflation, or rather ”hyperinflation”, but it got me thinking about the inflation rates in the countries nowadays, so I decided to do a little research.

It is clear that high inflation rates disrupt a country’s economic stability. Caused by a surplus of money or a sudden increase in the production cost of goods and services, high inflation can be detrimental to a country’s well-being. Fixed or lower-income families face a regressive effect wherein they are priced out of necessities such as food, water, etc. Real incomes decline as fewer goods and services can be purchased for the same amount of amount.

Meanwhile, higher-income individuals lose value in savings. The cost of borrowing also increases and lenders run the risk of encountering bad debt. Creditors who do not account for inflation hike in their calculation of loan interest face adversity as well. Depending on the nature of the country, whether it is an import-heavy or an export-heavy country, the country’s trade account can face disruptive changes as well.

If inflation rises faster than income or wages then people’s cost of living will diminish. The loss in purchasing power in the short term (much like the lower and fixed income persons), will also derail a country’s constituents.

It can be safely argued then that inflation is not harmonious for a country’s well-being. Yet, the debate of the Keynesian argument for inflation versus the modernist views against it are still raging in the world of economics. Keynesians view economic growth as driven by “demand.” Their belief is that growth can be fostered by fiscal stimuli such as increased government spending or more printing of money.

However, the data almost never agree with those wily Keynesians. It almost overwhelmingly proves the Keynesian theory to be wrong every time. The truth is that economies start to falter because of the underutilization of assets. Thus, knowing and understanding the list of the countries with the highest inflation rates is getting an insight into some dysfunctional economies.

Here is a list of the five countries with the highest inflation rates in the world: 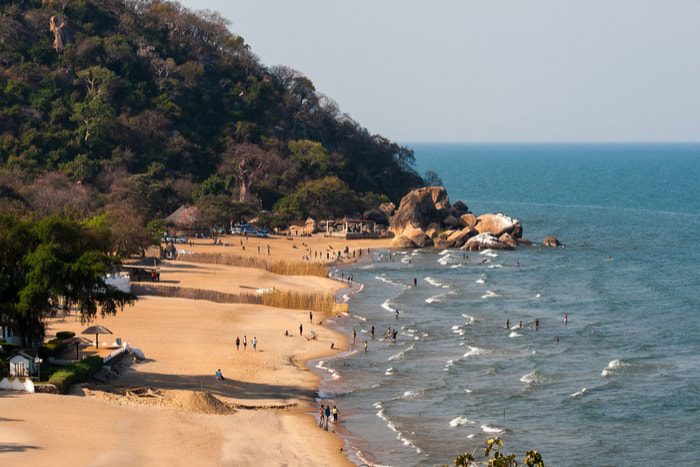 The Republic of Malawi is one of the smallest countries in Africa and among world’s least developed countries. In 2006, Malawi was brought into the international spotlight when a Malawian boy in an orphanage, was adopted by pop icon Madonna. Controversy surrounded the adoption because Malawi laws require would-be parents to reside in Malawi for one year before adoption, which was not required from Madonna.

Malawi’s double-digit inflation is caused by a misguided government that is racking up external borrowing while introducing unfair taxes to repay back their loans. The government has even removed zero rating on basic commodities and made amendments to the Value-Added Tax (VAT) Act to collect more funds from disgruntled consumers.

The Malawians are aware that the government is desperate to raise money as their economists decry these measures. There are many shady under-dealings that are taking place under the table in the country as well, and citizens are wary about the state’s attempts to tackle their problems. 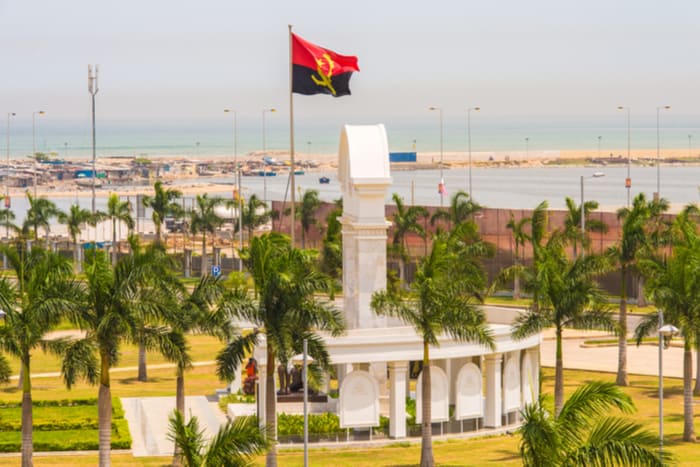 Another African country made it on this list, but it faces problems of a different nature entirely. First of all you should be aware that, unlike other currencies, Angola’s Kwanza can’t be taken outside the country. Attempting to bring it out is illegal.

This African country, like every oil exporting country, is reeling from the low oil prices. 95% of the country’s export income comes from oil which is why the country spiraled out of control as oil reached low price levels of 26$/barrel (from 100$/barrel highs). Last year, inflation more than tripled as a result.

The country is Africa’s largest oil producer and Luanda, its capital, regularly ranks high on the list of the world’s most expensive cities. However, its over-reliance on oil, poor political stability, and the huge rich and poor divide is causing many problems for the country. It is also speculated that the country might struggle to make its upcoming debt repayments if oil prices remain low. 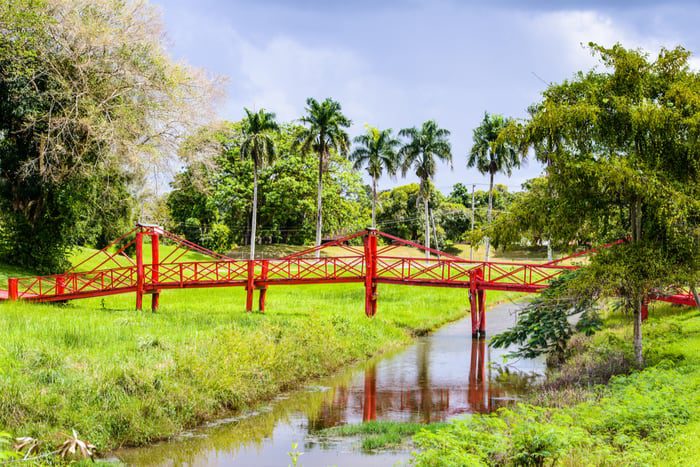 Suriname is the smallest country in South America not only in geographical size but also in population. Fun fact about this country that surprised me is that Dutch, not Spanish as widely presumed is the official language.

The first of two South American countries on this list, this former Dutch colony usually doesn’t come into the global limelight. It is, however, grabbing the limelight for the wrong reasons right now with its high inflation rate.

Protestors took to the streets in Paramaribo, the country’s capital last year to denounce the unforeseen electricity and water price hikes. The country is in this problem because of falling commodity prices of gold and oil. The country’s sole bauxite mine and alumina plants also shut down last year. The Central Bank tried to rein in the country’s troubles through austerity measures such as a tighter monetary policy but it did not help alleviate the pressure. 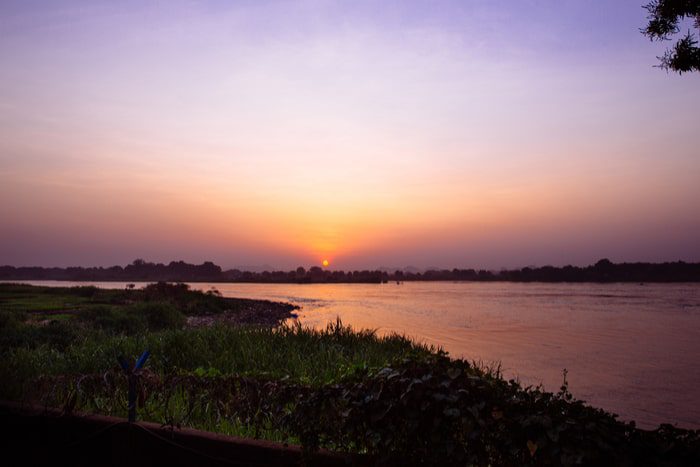 The youngest country in the world also has the highest inflation in the world capping in at about 476%. This is a country that is perpetually fighting its existential crisis with Sudan and the war-lords that crowd its prospects.

Economists estimate that the country will continue to experience three-digit inflation well into 2017 as well because of its poor infrastructure, reduced production of crude oil (because of low oil prices), and its chaotic political environment. 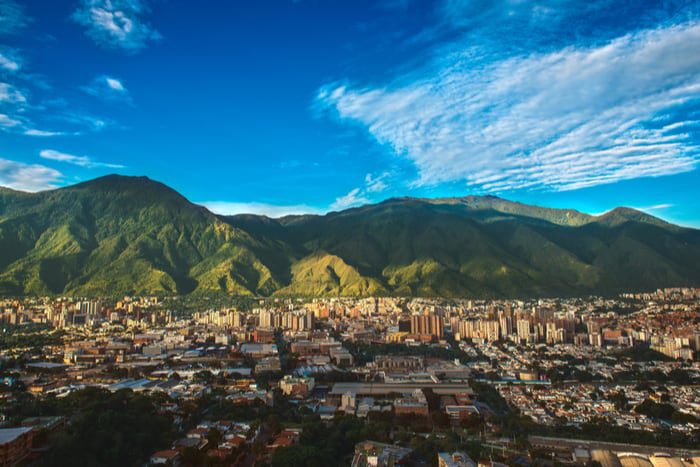 Although Venezuela might not have the highest inflation rate per se in actual figures, it deserves the top spot on this list because it is the most dysfunctional economy in the world right now. Venezuela is embroiled in a whole host of problems. It is currently tackling food and medicine shortages, power outages, and an invasive government.

To grasp the magnitude of the country’s problems, its annual year on year chicken price inflation rate is 700%. Its food shortage problem came about when the government placed an internal embargo on food imports because its importers would have to sell at major losses. Price controls on food led to shortages, and in this same way it led to diminished medicine supplies.

The country is in its third year of recession. The economy shrunk by 10% this past year alone and the IMF estimates that the country will dwindle in recessionary waters until 2019. The country’s currency, the Venezuelan Bolivar, is one of the worst-performing currencies in the world (although the government has not released any official statistics).

The government had spent a fortune on hefty social support programs and poor infrastructure leading up to this problem. Their over-reliance on oil was bound to unfold once the commodity prices diminished. In fact, over 95% of its GDP is generated from it. Further impounding their problems is news that this past year, the state-run oil company, PDVSA faltered on its payments to the oil-extracting companies.

President Maduro’s totalitarian regime is causing the country problems outside of its own borders as well. It recently lost the right to vote in the General Election of the UN because the Assembly rebuked the country for owing millions of dollars in debt to many people.

Currently, the country owes some $15 billion dollars in debt and it is running out of both cash and gold reserves. China’s slowing economy also spells trouble for the South American country because the Asian giant was the country’s closest ally. It would bail out the country at every opportunity but they have their own problems to tend to currently. Hence, Venezuela is in deep, dysfunctional waters.

So, how do countries tackle exorbitant currency hikes anyway? Some economists suggest adopting a currency board system. What a currency board does is that it issues currency “convertible on demand into a foreign anchor currency at a fixed rate of exchange.” As with most economist theories though, there are many dissidents suggesting one way or another.

So, the bottom line is that whatever the solution may be, inflation is a scenario you would want to avoid.