How to Get Second Residency and Citizenship in Mexico

Perhaps it is my contrarian inclination, or perhaps it’s my appetite for greater personal freedom, but despite all the recent talk about moving to Canada, I still prefer Mexico over any other country in North America.

We have discussed before why moving to Canada in the face of a Trump presidency is not the most advisable reaction, and we have also discussed the many positives of living in Mexico, whether you are an American looking to comfortably relocate or an individual from any country looking to enjoy a vibrant culture and greater freedom.

What we haven’t discussed is how to become a resident or citizen of Mexico.

The good news is that the process is relatively straightforward and allows you to obtain a second passport in as little as five years. Mexico’s passport is the 28th most powerful passport in the world and allows visa-free access to 139 different countries, including Europe’s Schengen Area.

While the process is simple, the bad news, if you decide to go it alone, is that it can be a headache dealing with the contradicting messages and overall inefficiencies in the different government offices. You will often find that the quality of service varies greatly from one Mexican consulate or immigration office to another.

That being said, here’s what you need to know about traveling to, residing in, and becoming a citizen of Mexico:

The most common ways to enter Mexico as a foreigner

There are six ways a foreigner can enter Mexico. The first option is to visit as a tourist. Citizens of the United States, most of Western Europe and parts of Latin America can visit visa-free for up to 180 days. Citizens from non-visa-free countries can obtain a visa for $332 pesos, approximately $15 USD.

If you have a location independent business or other online work, you can stay in Mexico the allotted six months without needing any other procedures or permissions. If, however, you wish to work in Mexico for a Mexican corporation during the 180 day period, you must apply for a different visa that allows you to engage in lucrative activities.

To obtain the “permission to work” visa you must provide proof of a job offer and pay a $155 fee. Another catch is that you cannot be paid in Mexico for your services. You can, however, apply for the permission to work after arriving in Mexico.

Less common visas include the adoption visa and the temporary resident student visa.

For those seeking a way to move to Mexico on a more permanent basis, you will most likely need either the temporary or permanent resident visa. It used to be that you could apply for either visa while in Mexico as a tourist. Recent immigration reforms now dictate that you apply for your temporary or permanent resident visa at a Mexican Consulate outside of Mexico before traveling to the country.

Once you have provided the proper paperwork to the Mexican Consulate, you will be given a temporary visa (which costs roughly $40 USD) that will be valid for 180 days. Upon arrival in Mexico, you will have 30 calendar days to exchange the visa document in your passport for the official temporary or permanent residency visa card.

If you fail to exchange your temporary visa within the 30 days, you will be restricted from leaving the country and must go through a process of regularization that includes extra fees and an additional interview.

How to qualify for the temporary resident visa

Mexico’s temporary resident visa is designed for foreigners who plan to reside in the country for more than 180 days and up to four years.

That being said, there are various ways you can qualify for temporary residency. If you can prove that you have sufficient economic resources to provide for yourself without working in Mexico, including housing and meal costs, you can qualify for the visa. You can also qualify if you have an invitation to work (read, volunteer) from an organization or institution from which you will receive no income OR you are related to a citizen or temporary/permanent resident of Mexico.

If you are married to a Mexican citizen, you should apply for a two-year temporary resident card before applying for permanent residency or citizenship.

If you are interested in purchasing real estate in Mexico, you may be able to automatically qualify for temporary residency. If you can prove that you have made an investment in real estate in Mexico equal to the value of forty thousand days of the general minimum wage in Mexico City (73.04 MXN in 2016) — which is approximately $172,000 USD at the current exchange rate — you can obtain a temporary resident visa.

For that price, you can get a modern two-to-three-bedroom apartment in Mexico City, or a luxury home with three to five bedrooms and a swimming pool in most other parts of the country, including the suburban zones of Mexico City in the state of Mexico.

Your other option is to have a number of different investments in Mexico, including real estate, stocks, and a business. Altogether, you should have at least $86,000 USD (at the current exchange rate, or 20,000 days of general minimum wage) invested in real estate and another $86,000 invested in shares in a Mexican corporation.

You must also provide sufficient documents to prove the development of economic activity, such as invoices, receipts, contracts, business plans, permits, and your registry with the Mexican Social Security department showing that you are employing at least three people.

In any of these cases, temporary residence is only granted for a one year period to begin, after which you can apply for renewal for an additional one to three years.

To maintain your temporary resident card, there is no requirement for the time you must spend in the country during the course of a year. Plus, you can enter and exit the country an unlimited number of times. However, while this currently does not create any problems for renewing your residency card, if you plan to apply for Mexican citizenship in the future, you should reside in Mexico for most of the year.

How to qualify for the permanent resident visa

If you are related to a permanent resident to the second level (i.e. grandparent, parent, daughter, son or grandchildren); are pensioned or retired and are able to provide adequate monthly income through investments, savings or pensions; are seeking political asylum, or have a Mexican father or mother (if you are an unmarried minor), have given birth to or are the sibling of a Mexican citizen, you can automatically qualify for permanent residency.

Otherwise, you must first seek temporary residency and then apply for permanent residency after four consecutive years. As mentioned before, if you are married to a Mexican citizen, that time period is reduced to two years.

Mexico has recently introduced an alternate method by which foreigners can obtain permanent residency. The Point System was crafted to attract foreign investors or individuals with expertise in the sciences, technology, arts, and humanities, sports or other areas that the Mexican government considers would improve Mexico as a whole.

Among the criterion are your education level, work experience in low supply high demand jobs, skills in science and technology, investment in the country, international awards and acknowledgments, Spanish language proficiency, and a knowledge of the Mexican culture.

To apply for a permanent resident visa you must apply at a Mexican Consulate outside of Mexico — like with the other visas — unless you already have a temporary resident card and are applying for permanent residence through the Points System. In this case, you can apply in Mexico at one of the INM (Instituto Nacional de Migración) immigration offices.

With permanent residency, you can work in Mexico without applying for permission. You will only need to notify the immigration office if you change your employer, marital status, nationality, or address (the same applies to temporary residents). Again, if you have a location independent business or another employment source not based in Mexico, you do not have to report that employment.

How to obtain dual citizenship in Mexico

Mexico is among the many nations that allow dual citizenship. It does not, however, allow multiple nationalities beyond the initial two. Once you have your permanent residency, it is fairly easy to obtain Mexican citizenship.

While there are options to become a Mexican citizen through birth abroad to Mexican parents, Mexican descent back two generations (although there has been talk of extending it to three generations), or through marriage or having Mexican children, most foreigners will qualify for citizenship through naturalization.

If you come from a Latin American country or from the Iberian Peninsula, you can become a citizen in as little as two years of legal residency.

Obtaining citizenship in Mexico is not the right answer for everyone — just like with any country — but it is one of the best options for someone with, say, a manufacturing business that markets to US customers, or someone who has a location independent business that wants to get out of the US, but stay close to family.

There is any number of situations that could make Mexico is the right choice for you. If you are ready to get serious about going offshore and want to take a closer look at Mexico, or any other country for that matter, apply for a consultation and we can begin designing your blueprint. 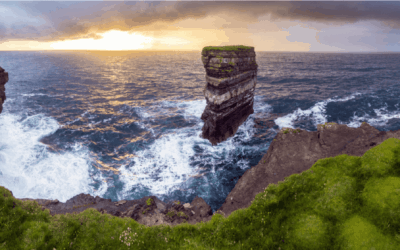 Invest a minimum of €500,000Get residence in Europe in 3-4 monthsObtain Irish citizenship in five... 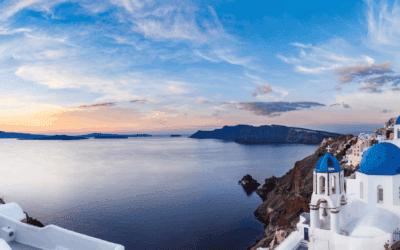 Invest a minimum of €250,000Get residence in Europe in two monthsNo physical residence...