Get The Best Citizenship by Descent Passports | A Full Guide

Having a second passport is an important step for anyone looking to plant flags, increase their freedom, and give themselves a “Plan B.”

But are you just a casual observer, scared to take the plunge of becoming a dual citizen? Are you worried it’s something reserved for the wealthy?

We’re here to set your mind at ease.

While the number of economic citizenships is growing, these programs start at the mid-five figures. Realistically, though, you’re looking at low six figures.

A cheaper alternative is to obtain a second residence permit in another country and wait for years to be naturalized. This is a good option, but if you want a fast second passport, you will usually have to wait for 5-10 years.

But there is one more option for a second passport.

Those lucky enough to have ancestors from a wide number of (mostly) European countries can claim citizenship by descent.

It’s a relatively simple process that allows you to apply for citizenship based on having family born in that country.

Getting your second passport could be as easy as filling out some forms and playing the waiting game.

In many countries, such citizenship by descent is limited to one generation: your parents. For example, you can only become British if at least one of your parents is British.

So, the fact that your ancestors came over on the Mayflower won’t cut it.

However, some countries are willing to bestow citizenship to those with family trees that go as far as three or even four generations back, depending on the circumstances.

Curious to find out more?

Here are 6 of the best countries that offer citizenship by descent.

1. CITIZENSHIP BY DESCENT IN IRELAND 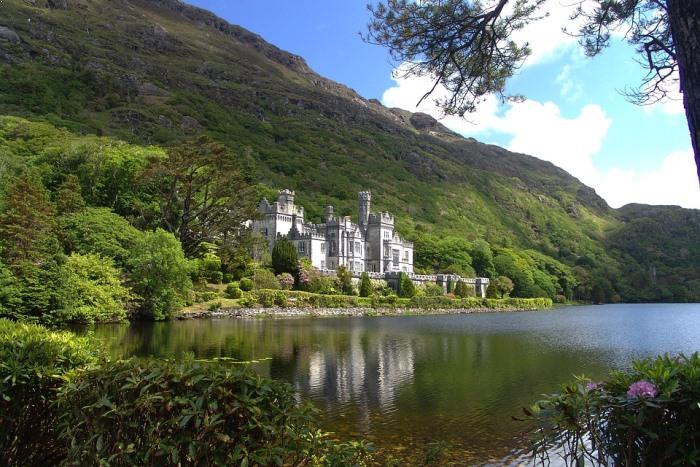 Ireland makes it easy to get their passport – the only requirement is a confirmation that one of your grandparents was born there.

There are more than 14 million Irish passports in circulation, despite Ireland’s population of barely 4 million people.

What that tells you is one thing: thanks to friendly government policies, getting an Irish passport by descent is a relatively straightforward process.

If at least one of your grandparents was born in Ireland, you are entitled to Irish citizenship no matter where you or your parents were born.

You must simply register yourself in the Foreign Birth Register and then apply.

You can also ensure eligibility for your future children whose great-grandparent was born in Ireland by registering their birth in the Register when they are born.

While Ireland has had its fair share of socioeconomic problems, it’s a beautiful country with amazingly friendly people.

You can live in Ireland up to 280 days per two years before you become a tax resident and need to worry about their tax rates.

If you’re an Irish citizen, you’d also have the right to live and work in all of the EEA member countries.

2. CITIZENSHIP BY DESCENT IN ITALY 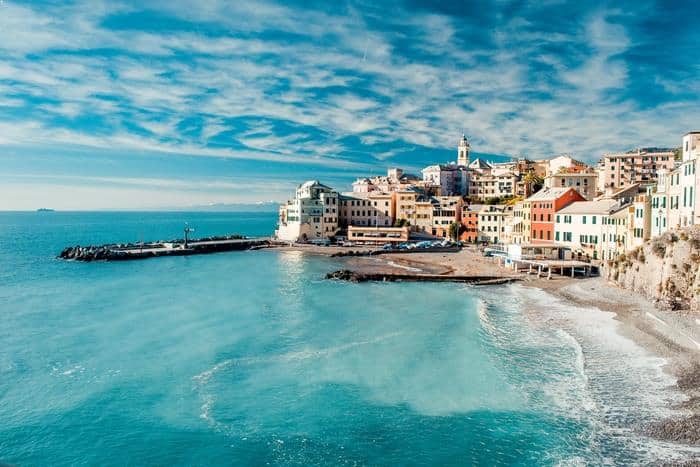 Though Italy is a great place to experience and spend some time, the situation in the country itself isn’t that great, but getting their passport might grant you some additional travel freedom.

Claiming your Italian citizenship is a bureaucratic process, but eligibility is fairly broad.

You can even make a claim based on a grandparent’s birth in Italy, provided no one along the line was naturalized elsewhere in a way to abandon their Italian citizenship.

It can get a little tricky based on when you were born and even based on your sex, but a lot of foreigners are actually entitled to an Italian passport.

Whether Italy is a safe haven is a different story. Strikes there are frequent and the country is literally broke.

Getting an Italian passport for sentimental reasons, or just as a back-up is one thing. Living there is another.

It’s fine if you want an Italian passport to give yourself more options, e.g. unlimited travel and work in Europe would become a real possibility.

But you also have to watch the situation carefully and if the place turns into the next Greece, you’ll want to move some of your eggs out of the Italian basket.

3. CITIZENSHIP BY DESCENT IN ISRAEL 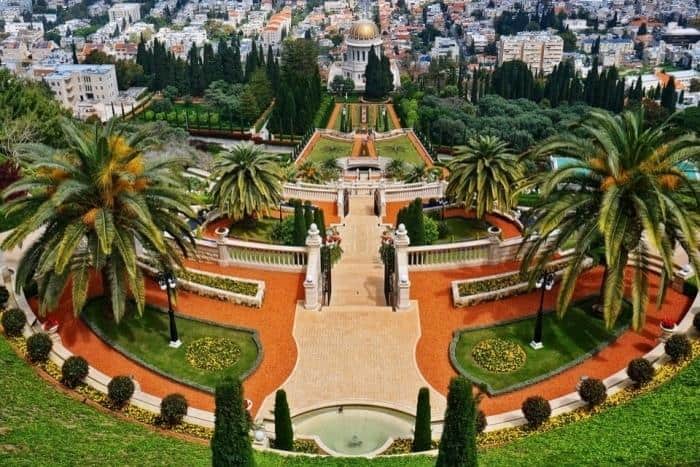 If you are Jewish, you will get Israeli passport relatively easily, but be warned, there are countries where you won’t able to enter because to them, Israel doesn’t exist.

While not exactly a citizenship by descent program based on nationality, Israel allows Jews and those who convert to Judaism to enter the country under the Law of Return.

Once there, you can rather easily obtain Israeli citizenship.

The Law of Return also allows for the spouse of a Jew or the child or grandchild of a Jew to return. The law was made to be broad in response to government oppression of Jews in other countries such as Poland, where Jews often had non-Jew family members living with them.

Getting an Israeli passport does come with certain civic obligations, however.

For one, all Israeli citizens are required to serve in the military, including women.

Also, Israelis are not permitted to visit a number of countries: Lebanon, Syria, Saudi Arabia, Iraq, Yemen and Iran – even using a foreign passport – given that these countries don’t recognize Israel’s right to exist.

If you’re a US citizen looking to reduce geopolitical risk, an Israeli passport likely won’t help you, but you can get one without fulfilling a residency requirement.

4. CITIZENSHIP BY DESCENT IN POLAND 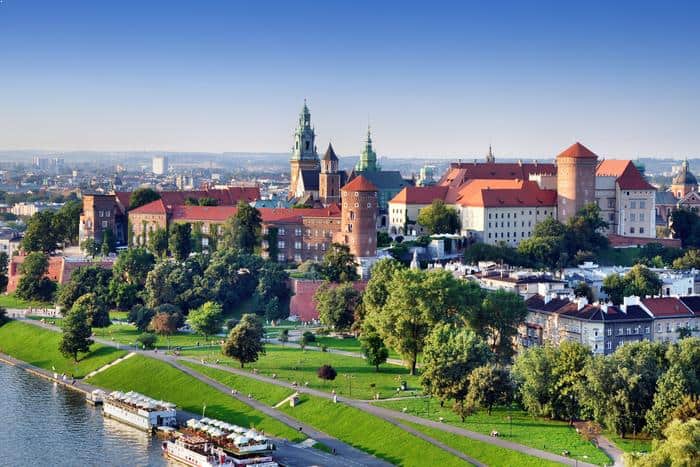 Poland is an EU member, so Polish passport will allow you to move freely through Europe. When it comes to traveling to the US or Australia, you still require a visa.

Polish citizenship by descent laws can be downright confusing and you will probably need to hire someone to help you figure it all out.

The citizenship law requires uninterrupted lineage between you and one grandparent with Polish citizenship, which was only possible after 1918.

So, if someone got naturalized and gave up their Polish passport along the way, it could likely mean the chain is broken and you may not be eligible.

To make things even trickier, there are various Citizenship Acts that set different standards for different people.

The result? Really interesting, if you ask us.

For example, you may be eligible for citizenship but your sibling may not be.

Nonetheless, Poland is a growing central European country. Its currency was on a roll for a while but has stabilized in recent years.

If you jump through the bureaucratic hoops to become a Polish citizen, you’ll also enjoy the benefits of being a citizen in an EU member country with complete freedom of movement and can even visit the United States without a visa.

5. CITIZENSHIP BY DESCENT IN SPAIN 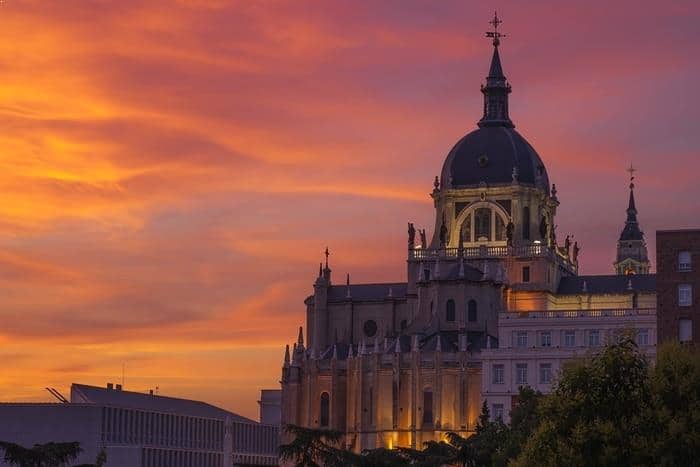 There are ways to get Spanish citizenship by descent, or you can apply for a second residency program if you wish to buy a property there.

Spain’s Law of Historical Memory was passed in 2007 as a way to condemn the Spanish Civil War and the ensuing Franco dictatorship.

Part of the law allowed for children and grandchildren of Spanish exiles to apply for Spanish citizenship, regardless of whether or not they or their parents were born in Spain.

While the window for the Law of Historical Memory has closed, Spain offers other ways to become naturalized through a period of residence.

Do you have citizenship by birth in a South American country? Then you can apply for Spanish citizenship after just one year of residence.

And if you’re a Sephardic Jew, you can apply after two years of residence.

It’s not citizenship, but Spain now offers a second residency program for those who buy real estate in the European country.

That’s because the property market has gotten so bad there that squatters now dominate apartment blocks in several cities.

But why are we talking about squatting?

Well, if you’re not of Hispanic descent or your ancestors weren’t expelled from the country, it’s a great way to get residence – not citizenship – in highly unemployed Spain.

6. CITIZENSHIP BY DESCENT IN HUNGARY 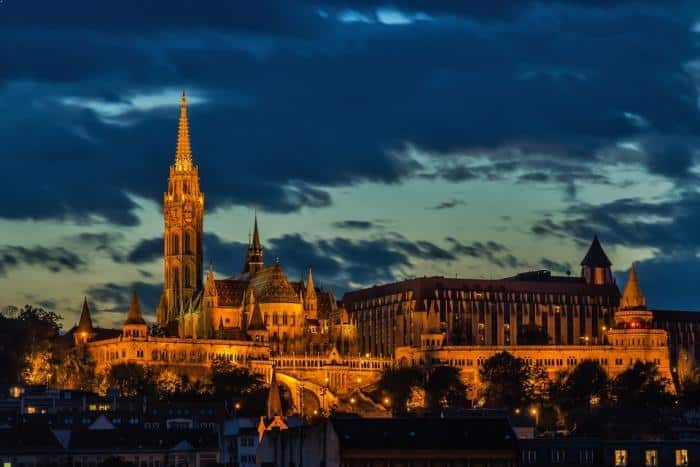 Hungarians have an excellent passport, though obtaining it by descent will take some time and bureaucracy, not to mention that you have to speak Hungarian too.

Hungary has an interesting history in Europe.

From our perspective, parts of it were less than pleasant seeing that the country used to impose taxation based on citizenship the same way the United States now does.

And while that practice no longer exists, we still have some reservations about Hungarian citizenship and its future challenges.

That said, Hungary is a full member of the European Union and its passport is one of the best in the world – 10th to be precise.

Ethnic Hungarians can go through a complicated but doable process to claim ancestral citizenship as far back as their great grandparents, or three generations.

You have to supply proof from the Hungarian archives in Budapest that shows you are the descendant of an emigrant from the country.

Once you can establish the chain (in the Hungarian language, of course), you may apply for a passport.

HOW TO GET CITIZENSHIP BY DESCENT

While this article lists a handful of the best programs for citizenship by descent, there are other countries that offer citizenship based on your ancestry as well.

Among these are Lithuania, Armenia, Slovenia, and other European countries.

A select number of Latin American countries also offer citizenship to grandchildren or great-grandchildren of ancestors who were citizens there, e.g. Mexico.

But here’s the catch: because of the cheap price, these governments aren’t tripping over themselves to move with any speed in most cases.

While Ireland isn’t particularly challenging in terms of application processing time, most other citizenship by descent programs can take years and a lot of bureaucratic hoop-jumping to amount to a second passport.

In other words, when citizenship in Cyprus is purchased for an investment of two million euros, the government moves quickly.

If they didn’t, wealthy people would simply go elsewhere.

On the flip side, the Italian embassy in your country has little incentive to shake a tail feather to help you reclaim your citizenship when you pay a $25 filing fee.

So, if your goal in obtaining ancestral citizenship is for fun, or to feel closer to your great aunt from County Donegal, then citizenship by descent may be for you.

After all, a second passport is a great means for internationalization, could allow you to renounce your current citizenship, or aid you in other economic ways.

And while there are other ways to obtain citizenship, none are as cheap as citizenship by descent.

However, we strongly recommend that you don’t go at it alone.

We recently started offering a service that helps people claim their citizenship by descent.

We help you confirm eligibility, collect documents, deal with the bureaucracy, and file for citizenship alongside our trusted lawyers and agents on the ground.