Why Having A Golden Visa Won’t Lower Your Tax Bill

We often talk about people’s confusion regarding the difference between a temporary residence, a permanent residence, and citizenship. Someone even left a comment about Golden Visas and how you can use a Golden Visa to reduce your taxes. Although, the latter claim isn’t something that most aspiring Nomad Capitalists should take seriously.

In this article, we’ll explain how it’s not that easy to obtain a Golden Visa and slash your tax bill simultaneously.

Do you know what mistakes you should be avoiding when it comes to these things?

A good friend of ours, Scott Melker, who calls himself “ The Wolf of All Streets,” posted something on social media.

I got dragged into it because he was saying that you simply have to take a look at Nomad Capitalist. Then someone said, “Leave and don’t pay the taxes. Yeah, there are plenty of good places to live in the world and still thrive.”

The Reality Behind That Claim

The Golden Visa Program has many significant advantages for expats, and we wanted to address this comment on several fronts.

Obviously, I’m the “goodie two shoes” of the offshore world. I won’t tell you to leave and not pay taxes.

In addition, you don’t want to hassle your life with the tax authorities around the world. Then again, you might always have that fear that these people are cracking down on all sorts of things, right?

Today, Elizabeth Warren wants to increase the enforcement of the IRS Tax Authorities by a massive percentage. Who knows if that’s at all possible?

Sure, it might take them years to find you if you simply stop paying taxes.

However, they will find you in the end, so you don’t just leave and not pay the taxes.

Here at Nomad Capitalist, we want you to figure out how to make that clean break legally. As we say time and time again, we believe in going where you’re treated best. Although, sometimes there may be an “exit tax,” and there may be none if you’re lucky.

So what you want is to take your assets and find a way to legally move outside of that current tax system to a more tax-friendly place.

The main thing to ensure is that you’re not going to be looking behind your shoulder for the next five or ten years with the fear that these tax authorities will eventually find you.

Why You Shouldn’t Leave Without Paying Taxes

We’re not going to say that you have to leave without paying taxes.

However, we wanted to speak about this point because there are a lot of great places to live in the world and still thrive in. That’s what we always talk about here.

You don’t have to be living in the United States of America or Australia. Well, pretty much in any of these legacy brand countries that claim that they give you a lot more than they do.

The comment that stood out to me was the one about the Golden Visa. Naturally, this still has a lot of great advantages for expats, so I wanted to address that in the context of a tax conversation.

The Truth About A Golden Visa

You might be asking what a Golden Visa is, right? Well, countries like Portugal and Spain generally use the program name “Golden Visa”, a type of investor visa.

Sure, there are numerous ways to get a residence permit.

You can try opening a bank account somewhere, opening a company, or paying a flat amount of tax to prove that you have the wealth. You could also confirm that you have the income to buy bits and pieces of real estate. There are different ways to do it!

Some of these ways are very expensive. Although, this is to be expected when you’re planning on diversifying your second passport portfolio.

Now, a Golden Visa is a more expensive investor visa that most European countries are offering.

In some cases, it’s easier where you don’t have to live in the country for six months to keep the resident permit active. Although, in some cases, you should only be there for a few days per year.

In some cases, like the Golden Visa Portugal, it’s faster to get citizenship without living there all the time.

So it’s a very attractive immigration program in terms of people who have the money to invest.

Golden Visas generally don’t require you to change your lifestyle.

Alternatives to A European Golden Visa

The media has gone around. They’ve also started to coin this term, and they’re giving other countries’ immigration programs this name even though it has a completely different one.

In the United Kingdom, there’s a Bond Investor Program that pretty much is the same thing. They’re called differently, but they’re the same thing. So it’s still a Golden Visa for the media because they function so similarly.

So Golden Visas are great for those who want to get immigration benefits.

In some countries, you can work towards getting citizenship with a more relaxed criterion.

So you can obtain a residence permit and then not immediately get citizenship.

It’s not a Citizenship by Investment Program, and you’re not getting a passport in six months, but in six years down the line.

How to Qualify for These Second Citizenships?

When we talk about the Golden Visa Scheme, it’s mostly between European countries.

So you can get these in Portugal, Spain, Latvia, Greece, Ireland, and they sometimes apply the same terms with their Investor Program.

Here’s the deal though, does having a Golden Visa save you on taxes?

So you know what we’ve learned being in this offshore world? That there are some interesting characters, to say the least, in this world.

Plus, some of the things we’ve heard, from Americans in particular, is that they advocate for other people to get a residence permit in Panamá.

For them, this is the “now going away friendly nations visa.”

Under that friendly nation’s visa, you have to be in that country for one day every two years. As long as you have that residence permit, you can say, “Hey, I’m a taxpayer in Panamá. I don’t have to pay the United States anymore, right?”

Debunking the Myth of Lowering Your Tax Bill

The truth is that the United States has a lot of provisions.

If you’re a business owner and you have the foreign earned income exclusion, then there are numerous ways that you can legally reduce your taxes as an American.

You can do this if you have an active income, and you can also move to Puerto Rico with that.

This is even better for the business owners and as well as those who consider themselves investors with passive income capital gains. That kind of thing.

Truthfully, there aren’t as many options for Americans.

So if you’re going to qualify for those incentives, you might need to leave the United States. You have to bear in mind that just getting a Portugal Golden Visa and meeting the immigration criteria will satisfy Portugal, and that will keep your resident permit active.

However, it’s not going to keep any countries’ tax authorities at bay.

What most people don’t understand is that you don’t get to go and spend seven days a year in Portugal. Then go back and spend 358 days in Atlanta or Adelaide and say, “Oh, I’m a Golden Visa holder, so I don’t have to pay.”

If you want to move to the country of your Golden Visa, then you can simply reduce your taxes.

It generally depends on these programs. So if you’re going to have to move there, then these are tax residence programs that, depending on where you’re from, may be able to legally reduce your taxes by only living in that country for one to two months.

How Do You Get These Tax Benefits?

If you want tax benefits, you’re generally looking at spending a significant part of the year in that particular country.

Portugal, for example, has a non-habitual residence program. It’s not bad for so many people. Although we call it the “Swiss cheese of tax exemptions,” there are several things that you should be aware of. It’s not perfect. That’s a given.

However, it’s not just moving somewhere else to pay zero taxes, and it’s not that simple.

Portugal is very crypto-friendly, so that’s where the crypto investors are.

You might want to live there for six months a year. Especially if you’re not an American and you could just move your tax home to Portugal.

What we know about Americans, and we’ve talked about this a lot over the years, is that they always have a tax home in the United States.

So it does matter how you move between these two systems, whereas non-Americans can simply go and change their tax home to Portugal.

Again, this is great for crypto investors.

Greece is another great option, and so is Italy!

We’ve talked about this several months ago. Then again, their Golden Visas are still not a huge seller. However, these countries both have tax incentives if you’re coming in. Not only that, but if you haven’t lived there, you can pay a lump sum of tax. So that could be interesting.

Ireland and the United Kingdom have specific tax incentives if you’re getting one of their investor visas.

So the idea of getting an immigration product to solve a tax problem isn’t going to work.

What if you don’t want to be a taxpayer there and just want the immigration benefits?

This is possible, but you have to make sure that you don’t become a tax resident in these countries. You have to know that Europe has a number of tax provisions beyond just spending six months in the region.

There could be other ways that you could become taxed.

So if you want to avoid that, then make sure that you get proper tax planning. Here at Nomad Capitalist, we can help you with this.

Once you’ve spent a great deal of time in these countries, you can now develop those connections to set up your tax home. Then you can potentially break free from where you’re currently being taxed.

So Golden Visas get you in the door, but it’s not a “catch-all.”

It’s not the BLN Doll to solve your tax problems.

Yes, it’s part of the solution, but you still have to separate tax and immigration.

You don’t just think that getting a Golden Visa will solve your tax problems. This is just one area where people are confused about citizenship or tax residence. You should take note that these are different since you have to use them appropriately.

You may have those things in three different places. Although, if you lived in the United States and were born there, you’re paying tax in the country.

When you look at the world of Nomad Capitalist, we start looking at how we can go where we’re treated best.

One of the ways that you can do this is by making sure that you’re not getting into this trap. You also have to stop believing that simply having an immigration product will reduce your tax bill. It’s as simple as that. 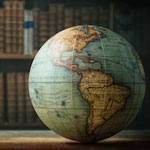