How to Move Money Offshore: 5 Ways to Fund an Offshore Account

Having an offshore bank account — or two… or three — is an important step in planting flags around the world. As we often discuss, the actual opening of an account is relatively easy, and you don’t need a lot of money.

We’ve covered our favorite banks in our article on the best offshore banks as well as the best locations for priority banking for high-net-worth individuals, but there are also many banks that will open offshore accounts for anyone with as little as $500 to deposit. In some cases, you won’t even have to leave your living room, as a number of the Caribbean and even European banks allow for remote account opening.

However, the bigger challenge for offshore banking newbies is how to move money offshore; more precisely, how to get your onshore funds into your new offshore account.

To make things clear, this article is NOT about how to hide money offshore. While the media loves to do gotcha pieces about how easy it is to move money overseas, the reality is that playing by the rules is a lot better way to go.

The most common and straightforward method is to simply wire the money from your onshore bank account (or your existing offshore account) to the new offshore account. Wire transfers work well because there is often no limit to the amount you can send, making it the most practical option for large transfers.

In some countries, sending a wire transfer is extremely simple and affordable. My Hong Kong bank charges about $11 to send money almost anywhere. The only problem is when the transfer gets rejected for some reason by the receiving party and I’m charged a large return fee.

This shouldn’t be an issue, however, if you’re wiring money to yourself.

I recently opened a basic banking account in Armenia and then later decided that I wanted to open a term deposit account to take advantage of the high interest rates at Armenian banks. When I went to set up the account, the banker asked me how I was going to get the money in since I did not have the full $20,000 in my basic Armenian bank account to fund the term deposit.

The downside to sending a wire is that it could take a while to arrive in some smaller banking jurisdictions, like Belize, that involve “correspondent banks” that are often in the US or Germany.

In countries where bankers tend to freak out about international wire transfers (see: the United States), you may need to go into a branch to initiate the wire. I know people who have had their US bank accounts restricted for daring to send an international wire transfer to themselves, so be careful. Then again, isn’t that why you wanted to move money offshore to begin with?

But even with an offshore bank account, be considerate of the bankers and let them know what you are doing beforehand so they are not caught off guard when you suddenly transfer $20,000 to Armenia. A little preparation goes a long way in preventing an account freeze, transfer rejections, and the like.

Let them know what you are doing.

But again, this is generally regarded as a lower-risk transfer because it is a transfer of your own funds from one bank account in your name to another account in a different country but still under the same name.

If you want to transfer money online but don’t want to send a wire transfer or if you need to convert the money into a different currency before depositing it in another account, services like TransferWise can help.

(For a full review of the different online transfer services, read our article on the best ways to transfer money internationally, but TransferWise has been the most straightforward option that I have found.)

TransferWise is based on a peer-to-peer system that cuts out middleman banks and allegedly reduces the fees of moving money overseas. I haven’t found this to be true in every case; the cost to send $5,000 to a foreign bank account was as much as $50; even crappy US banks charge less to send larger wires.

The fees change based on where you are sending your money, currency exchange, and how fast you want it to get there.

In reality, services like TransferWise are a better replacement for expensive money senders like Western Union or Moneygram, not for replacing wire transfers. However, TransferWise is easier to use than a wire if your domestic bank dislikes you moving money offshore, since you send the money domestically and their service handles the rest.

The biggest benefit is that you’re going to get a better exchange rate if you need to convert currencies. A lot of offshore banks offer multi-currency accounts, so you won’t necessarily need to convert currencies for transfers to those accounts. However, if you want to move money offshore in a currency that your account doesn’t have or want a better rate than what the bank offers, TransferWise is the way to go.

One downside is that it can be a bit nerve-wracking to transfer large sums of money through these online transfer services. If you feel hesitant to make one large transfer, you can always start by sending smaller sums and then increase how much money you move offshore until you feel comfortable with how much you are sending at a time.

Another downside is if you’re dealing in countries outside of TransferWise’s network. They support more than 50 currencies, but I’ve seen people who talk about sending money to Nigeria or Kenya, where they don’t have that emerging currency and those transactions are subject to a higher level of scrutiny and more fees.

You can learn more about TransferWise in my review, here.

TAKE CASH FROM AN ATM

It sounds too easy, but among the simplest ways to move money offshore is merely to take the cash out offshore to begin with. Sometimes, the simplest solutions are the best.

Here at Nomad Capitalist, our research team has developed a list of over 1000 banks around the world that accept US citizens. Many of these high-quality banks only require an initial deposit of $2,000, $1,000, or even less in their foreign currency equivalent to open an account.

The only catch with some of these banks is that — unlike accounts that allow you to wire money in later — you need to deposit the money when you open the account.

These banks don’t allow remote account opening, but you can literally use their ATM to take out the amount of the minimum deposit. If your domestic bank ATM card imposes a limit on daily withdrawals (usually $400 or $500 for US banks), you may need to plan one day ahead so you can max out the limit on two different days in order to get enough cash. 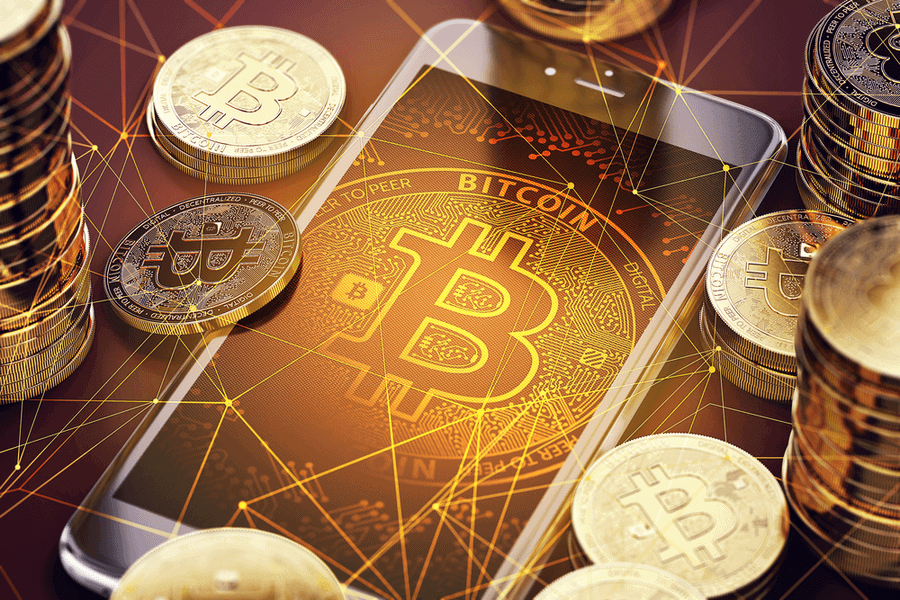 Bitcoin has been hailed by some as the “ultimate offshore bank account.”

Bitcoin has been put forward as the possible “ultimate offshore bank account” due to its ability to store money securely in the cloud. Bitcoin guru Stephanie Murphy spoke extensively about the privacy benefits of using Bitcoin at two of my Passport to Freedom conferences.

However, Bitcoin can also be used as a mechanism to transfer funds offshore. If you own Bitcoin in your home country, you can access them in your destination country by using services like Local Bitcoins, or by using one of the growing numbers of platforms that connect directly to a bank account.

Coinapult, for instance, allows you to store Bitcoins and freeze their value to the value of a foreign currency, gold, or silver, reducing volatility until you want to move them into your foreign bank account. Coinbase and other services allow transfers to connected bank accounts, although many offshore jurisdictions are not yet supported.

If you do want to liquidate your crypto-holdings, ensure that your bank is open to that before attempting to move the money into your offshore account because you can risk having your account closed if the bank is not crypto-friendly.

In some cases, the country itself may be open to blockchain technologies but the banks are less enthusiastic. There are few ways to deal with this challenge. One is to liquidate in your home country and then transfer the funds using another method on this list.

Another method many of our clients have used is to purchase gold with their Bitcoin and, after holding it for a time, liquidating their gold holdings and using the cash to fund an offshore account.

This brings us to our final method to move money offshore…

SELL YOUR GOLD AND SILVER

If you own gold or silver offshore, such as in a vault here in Singapore, you can often sell those precious metals and have funds wired into your local bank account. Singapore is an excellent option for this as gold storage here is highly secure and Singapore bank accounts are also excellent.

If you already own gold and silver, there are ways to ship it overseas (again, Singapore is a good option) and later sell it for cash. Transporting gold on your person can be risky, though, since customs forms are required in many cases. You could also sell the gold that you currently hold in your home country and then buy it overseas. Just ensure that you follow all rules regarding sales of precious metals, capital gains taxes, and other reporting requirements in your home country.

Consult a tax professional for help.

If you’re wondering why “put money in a suitcase and show up in the Virgin Islands” isn’t on the list, it’s because almost everyone on earth — save those in Hong Kong and a few other countries — has to declare cash being taken out of the country.

While transporting any amount of cash is legal in most countries, most law-abiding citizens don’t carry large amounts of cash over borders. Those who do often make customs officials suspicious enough to go so far as to confiscate your cash.

On top of the legal hassles, most banks don’t want huge piles of cash being deposited due to money laundering concerns; many banks now charge a cash deposit fee for the privilege.

Obviously, you want to make sure that you’re doing things properly and make sure that you are following all the local laws of any jurisdiction that your money touches. But the bottom line is that there are many different ways to fund your account.