The best European cities for value and cost of living

A lot of people dream of living in Europe, but are turned away by how much it can cost.  And it’s true: European cities like London and Frankfurt are among the most expensive cities in the world.

However, living in Europe is within your reach — even if you’re on a budget — by looking beyond the biggest cities and most popular tourist destinations. Throughout Europe are hidden gems like the cities below that allow you to stretch your euro further and live more abundantly while enjoying some of the world’s most beautiful cities.

Of course, living in small towns or villages is always an easy way to lower your cost of living. However, for this list, we focused on capital cities and other international cities that offer a large English speaking population and the type of amenities expats appreciate. 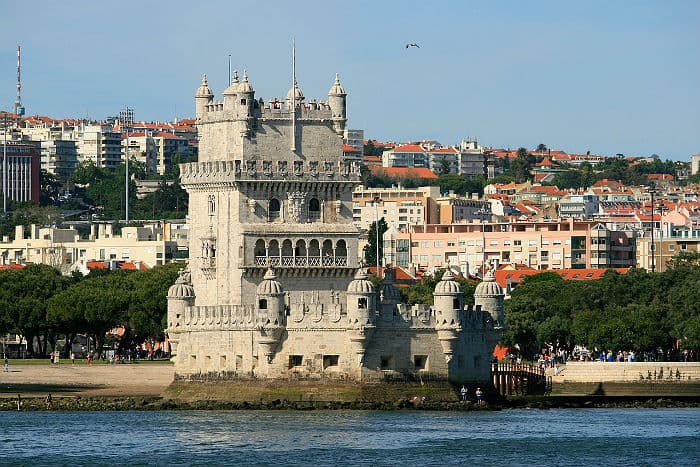 The cost of living in Lisbon, Portugal is lower than you might think, especially thanks to Portugal’s troubles from the global recession.

Thanks in part to the global recession and its inclusion in the dreaded PIIGS, Portugal as a whole has been “on sale” over the last few years. Lisbon itself never reached the high cost of living other European cities experienced, but it does enjoy a warmer climate and a more laid-back lifestyle.

While Portugal might not be the best place to start a business (things move a little slow), Lisbon is one of the best European cities for value and has a relatively low cost of living.

Portugal is a country which ranked in top 10 on our Nomad Quality of Life Index for 2017 because it has it all: affordability, safety, entertainment, open-mindedness, accessibility and a nomad-friendly environment for doing business and getting second residency in the EU and the potential to pay zero income tax with non-habitual residence.

Some expats have scored small, but nice city center apartments for as little as 500 euros per month. Considering all of the action in Lisbon, that low price offers access to a lot of entertainment as well as great food (which can be found on sale during daily set lunch menus).

Plus, Lisbon is a small hub for air travel, with TAP Portugal flying directly from Lisbon to cities around the world — including to South America. And, if you get tired of Sintra Castle or the waterfront, there are plenty of quick getaways: Porto for its port wines (see more below), the Duoro Valley for red wines, and the Algarve for sun and fun at the beach.

On the whole, Poland offers one of the best values for living in Europe. So much so that my recent stay at the upscale Westin Warsaw cost only $64 a night. While the capital city isn’t much pricier than some smaller cities to the south, Krakow is really where it’s at. Tourists are drawn to Krakow’s charming architecture, beautiful parks, and great views of the river from the top of an ancient castle.

Frankly, any number of Polish cities could have made this list. Student-friendly Wroclaw is also a great place to live but lacks the gorgeous sights Krakow offers. And get this: Krakow actually has a lower cost of living than Wroclaw and Warsaw. Krakow offers all of the charm and amenities of Western Europe at Central or even Eastern European prices.

Krakow is a bit isolated, requiring a long train or bus ride to get to major airports like Prague or Warsaw, but the low cost of living — bolstered by Poland’s own currency, the zloty, not the euro — makes up for it. If that weren’t enough, Polish people are some of the most approachable in the region.

It’s no secret that Georgia is an ongoing favorite of us here at Nomad Capitalist. One of the most capitalist-friendly countries in the world with a growing tourism industry and beautiful culture, Georgia’s main capital of Tbilisi should not be overlooked. The food, music, and people of this country make it a hub of choice for many nomads and the city is rapidly transforming as more businesses pop up every month.

I call it the “next America” and many are taking advantage of setting up an offshore company here in Georgia or buying real estate. If you are looking for a high-value place to set up camp in Europe as a nomad, Georgia’s friendly visa-policy, giving most nations 360 days visa-free, will be an attractive feature as well. Nevermind walking through the wonderful streets and enjoying the culture of the city itself… Tbilisi may steal your heart.

Barcelona is a major traveler favorite and one of the more affordable and high-value cities for getting a lot of out European living. Also hitting the top 10 on our Quality of Life Index, Barcelona will provide nomads and entrepreneurs the excitement and facilities they need without some of the exorbitant prices of more expensive counterpart cities elsewhere in Western Europe or beyond.

Barcelona is a major world city hub, for its contributions to trade, education, science, media, and economy. It is ranked among the top five cities for doing business and has some of the best co-working spaces in Europe. Barcelona is a happening place where people may seek out second residency or citizenship to be able to fully take advantage of the Spanish language, culture, and lifestyle and enjoy this city for the long-term. 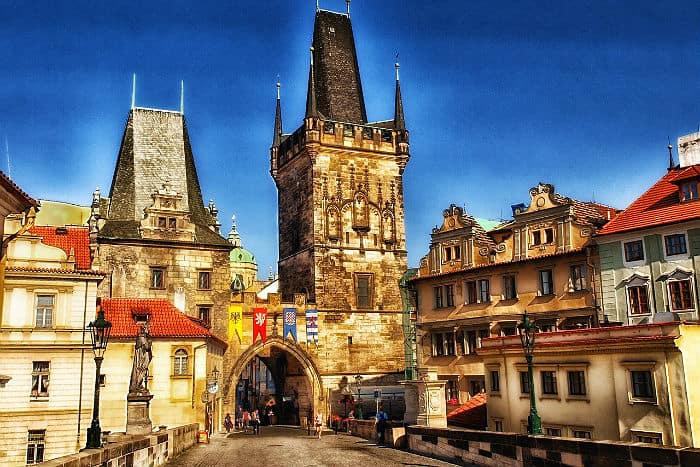 Despite being a top tourist destination in Europe, Prague has one of the cheapest costs of living in central Europe

Ask almost any European-loving tourists about Prague and their eyes will light up. Travelers from around the world can’t say enough good things about Prague. Personally, I found the city didn’t quite live up to the hype. That said, it does have its own charm, with fantastic architecture, a bustling music and entertainment scene, and any kind of food you can dream up.

Prague is about as international as it gets, with expats from all around the world. It is truly a multicultural city, so much so that the Czech government has become more nationalist on immigration. The Czech Republic uses its own currency, the koruna (or “crown”) rather than the Euro, which means prices are lower. Apartments just outside the city center can be incredibly low, especially considering their proximity to tourists. Prague is home to plenty of exciting and historical cafes and is also home to a thriving entrepreneur scene.

Belgrade is an up-and-coming and highly underrated city in the country of Serbia which offers many of the aspects of European lifestyle that nomads seek while having an extremely low cost of living compared to the rest of the continent. We rate Serbia as one of the most underrated countries for expat living and many who visit Belgrade and enjoy its numerous outdoor cafes, walk down its pedestrian streets, meet its friendly locals, and travel around the region will say it is a city that really caught their attention.

We recently published a full nomad guide to living in Belgrade and the Remote Team continues to enjoy Belgrade as a key base in Europe for enjoying a good lifestyle and an extremely high lifestyle value proposition. Definitely do not overlook the Balkans if you are wanting to get a lot for your money and enjoy the best of Europe! 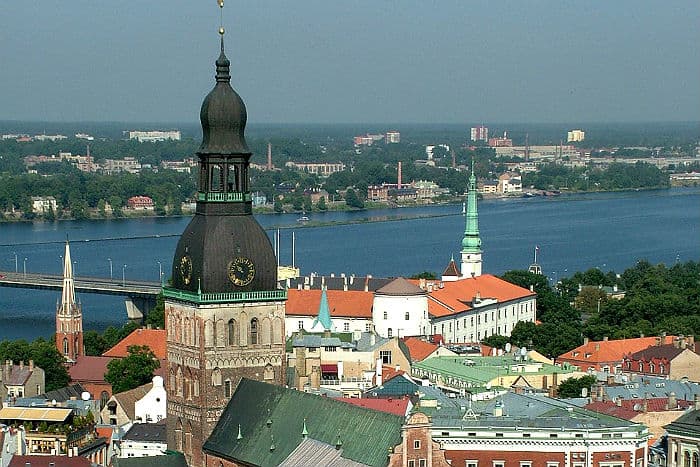 One of the hidden gems of Europe, Riga is proof that living in Eastern Europe can be quite enjoyable for expats.

Riga is one of Europe’s hidden gems. It is proof that Eastern Europe isn’t just the remnants of the old Eastern Bloc. While Lithuania has its own charm (and relatively low price), Latvia is even better when it comes to the low cost of living. And Riga is arguably the most charming, picturesque city in the Baltics.

Real estate in Riga is on the upswing now thanks to its ascension to the Euro currency; however, renting an apartment is still incredibly affordable. So is eating out. Business-class restaurants offer excellent daily lunch specials for great prices. The same can be said for alcohol. In fact, Riga is an all-around affordable place to live — one of the best cities in Europe for getting the most value out of your money. While Estonia to the north has become rather pricey thanks to Finnish tourists arriving on daily ferries, Latvia has yet to see as much tourism and instead has received many Russians who have chosen to settle there via the country’s immigrant investor scheme.

Porto is the second-largest city in Portugal and another major hub of this nomad-friendly and budget-friendly coastal European country. Hitting #13 of 100 on our Nomad Quality of Life Index, and offering a different take on Portugal than the larger capital of Lisbon, Porto offers famous port wines for wine enthusiasts, vibrant culture, and cobblestone streets that make Europe living so appealing for many.

In fact, this is the location, as of writing, of the Nomad Capitalist Remote Team who seeks out premier locations around the world for doing business and living a high-quality lifestyle in a new city every 90 days. If it’s good enough for the team, it may just be the perfect fit for you and your business as you expand your horizons into Europe!

Finally, not too far from Serbia in the EU-member state of Croatia, the capital city of Zagreb is another city worth looking at for getting great value and nomadic European living. Croatia is a non-Schengen country (for now) that can be part of your strategy for living in Europe long-term as a tourist and bouncing between Schengen and non-Schengen countries.

Expats living in emerging countries can often get the best of both worlds by enjoying lower cost of living but increased access to business opportunities and a growing community of nomads and like-minded people.

Zagreb as a city that goes under the radar a bit in light of all the recent tourist interest in Croatia’s coast and islands. However, don’t ignore what this former-Yugoslavian capital can offer in terms of culture, affordability, and connectivity to other major cities in Europe. Croatia may be slightly more pricey than its neighbors in Serbia, Macedonia, etc. — but the country is worthy of a place on a nomad’s list if looking for good lifestyle.

There are so many great European cities with lower cost of living than you might think. If you’re looking to live here, consider these alternatives to keep your cost of living low and still enjoy an abundant European lifestyle of your own. Do your research and you just might be surprised — and reach out to us to learn more about how you can set up your own international financial and lifestyle strategy.

What do you think of these “best value” European cities? Leave your comments on finding low cost of living in Europe below.