The 6 Best Cities to Live In as a Bootstrapping Entrepreneur

If you’re a young entrepreneur starting a business, you need all the advantages you can get. That means keeping costs low and building advantages over your competition (for more details and information on how and where to do this, see our lists at the end of this article).

If your business isn’t rooted in one place, you can use geo-arbitrage to take advantage of cost differences between countries. Why start your online business in California where rents are thousands of dollars a month and the cost of living is through the roof?

There are places all over the world where you can live relatively well as a bootstrapping entrepreneur for as little as $500-1,000 a month. Even better, if you need employees to come into the office, you can tap into the local talent pool for pennies on the dollar of what you would pay in the western world.

This cheaper cost of living will allow you to pump more money back into growing your business, all while enjoying a new culture and networking with like-minded expat entrepreneurs overseas. Being a bootstrapping entrepreneur and building a company from the ground up with nothing but personal savings and the cash coming in from sales doesn’t mean you have to sacrifice lifestyle, especially if you are willing to head to one of the cities on this list.

But what are the best cities to live in to cut costs, enjoy a better lifestyle, and find a network of talented employees and business contacts? Here are our picks for bootstrapping entrepreneurs looking to take on the world of business by taking on the world. 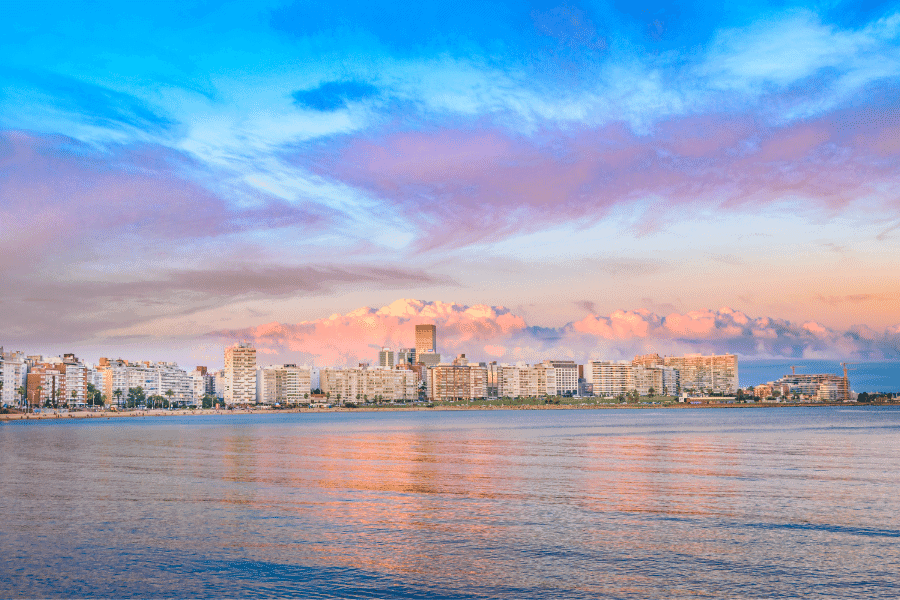 Stunning mountain views and attractive banking options are just a couple of reasons Uruguay is known as “the Switzerland of South America.”

A lot of bootstrapping young entrepreneurs love the Latin lifestyle, and while South America doesn’t offer the extremely cheap prices, cheap labor, or go-go-go attitude as much as parts of Asia do, it can still be a great place to get your business off the ground.

While Montevideo may not be tops on your travel list, it is one of the best cities to live in, and the country as a whole made our list of countries that are better than New Zealand. Prices are not as cheap as in Southeast Asia, but manageable if you live more like a local. If you have a location independent business, Uruguay has some of the world’s cheapest internet, with the fastest speeds in South America.

Uruguay has one of South America’s freest economies and is an emerging offshore banking country. Beaches in Uruguay are great, healthy food is widely available, though things move at a little slower pace (worth considering if you’re hiring locally).

While Chile is another great choice for expats – and arguably cheaper than Uruguay – the tax consequences for those who become tax resident there are more troubling. Uruguay, on the other hand, just made their tax incentives and residency programs even more attractive for foreign entrepreneurs. 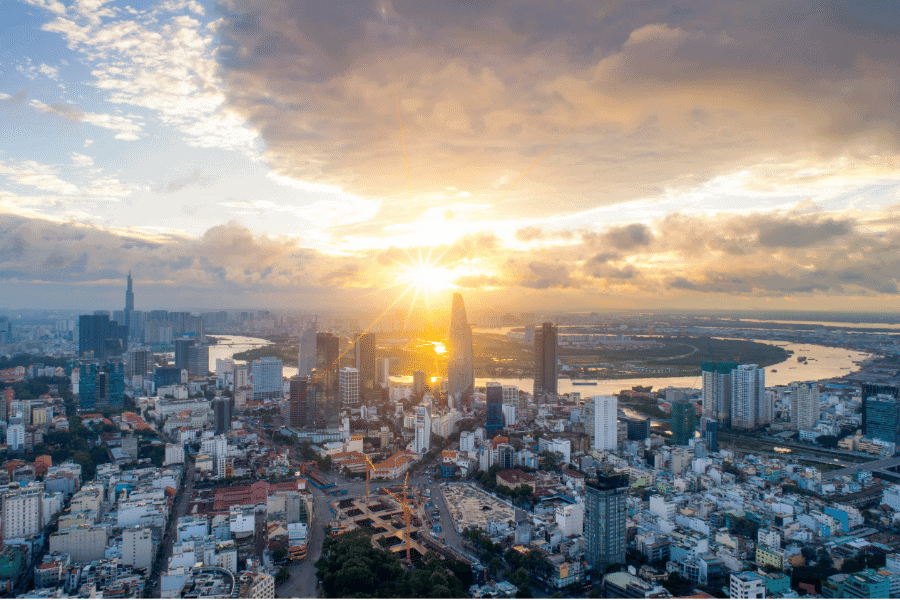 Ho Chi Minh City is not only the most livable city in Vietnam, it’s also one of the best cities for bootstrapping entrepreneurs.

In addition to being one of Southeast Asia’s most livable cities, Ho Chi Minh City is a great place for a bootstrapping young entrepreneur. In fact, the city is filled with expat entrepreneurs, including thought leaders like Tropical MBA’s Dan Andrews (hear my interview with him here).

You can easily rent a serviced apartment near the city center for $500 a month, and there are plenty of expats looking for roommates, as well. English is improving in Ho Chi Minh City, which is Vietnam’s most livable city and the most friendly to business and foreigners.

With its huge population, there’s plenty to do and endless international food options abound at cheap prices. Plus, wifi speeds have improved dramatically. 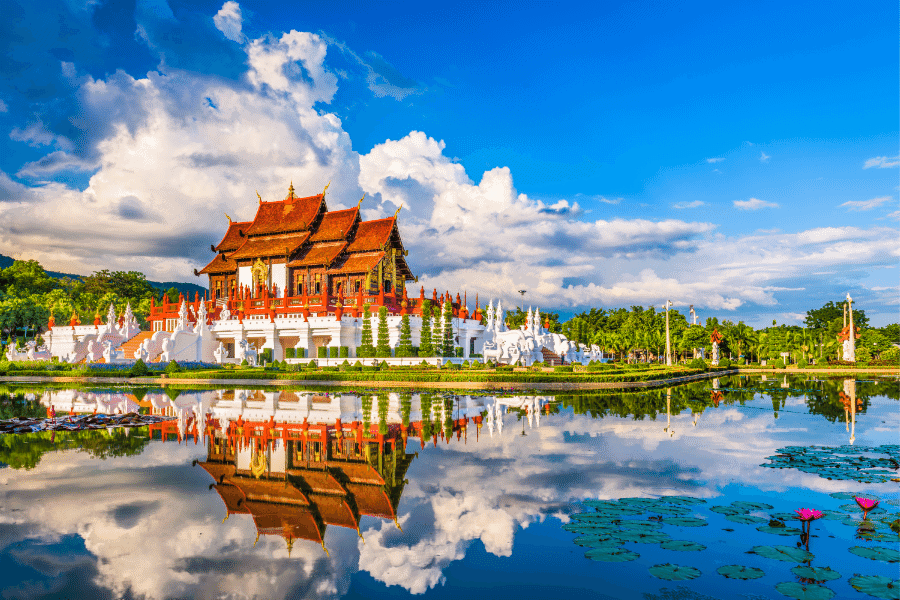 Thailand has long been an expat haven, making it a great place for bootstrapping entrepreneurs.

Long a favorite of digital nomads and the young entrepreneur, Chiang Mai is one of the best cities to live in when starting a business for one simple reason: it’s cheap. While Thailand has long been a top destination for Asia expats, Bangkok has become rather expensive and doesn’t even top the list of the best large cities in Asia.

Chiang Mai, on the other hand, is the dirt cheap, highly livable alternative in Thailand. Situated in the north of the country, Chiang Mai is a much smaller town – and much quieter – with world-class services like really fast wifi.

Relatively nice apartments here run $500-600 a month, often with utilities included, but smaller apartments can be had for as little as $200 a month.

And because Thailand is a strong area for expat entrepreneurs, you should have no problem networking here – or in Bangkok after a short flight for the weekend. Chiang Mai was mentioned in our article about the best co-working spaces in Southeast Asia as a great place to find other like-minded entrepreneurs.

On top of that, medical care in Thailand is excellent and extremely affordable. 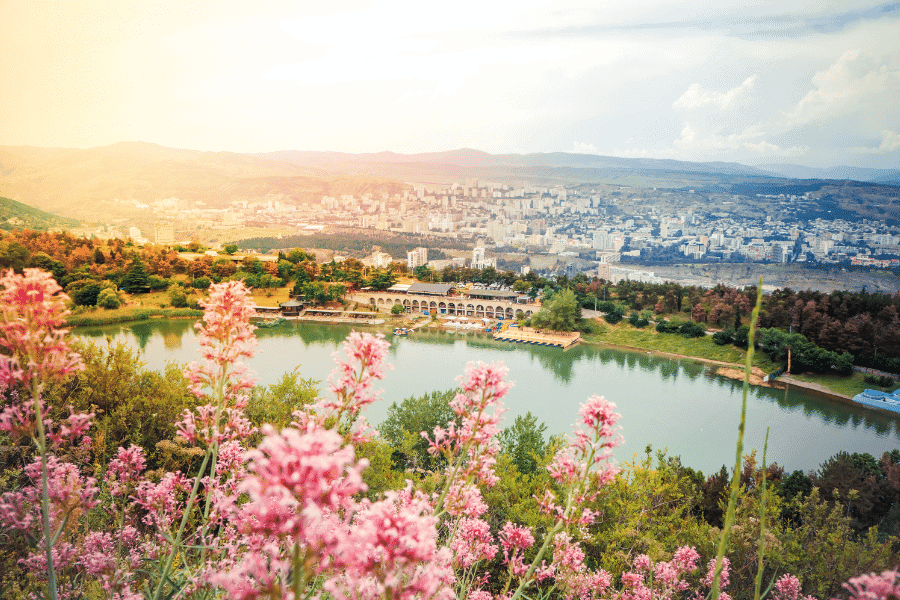 I was able to find and invest in many profitable properties in Tbilisi, Georgia because I was willing to travel there and put in time on the ground.

Now, I understand that if you’re bootstrapping you’re probably not going to own a property, but as a man that owns a cute little property in the city center of Tbilisi, Georgia, I know that the costs of holding that property are next to nothing – like literally a couple of dollars a month when I’m not there. When I am there it’s around $50 a month for everything – internet, heat, water, etc.

You can easily rent a very affordable place there. I did a flip in the center of the city – it’s a little bit up the hill, but it’s a really nice flip. It would be a great place to live if you’re getting started. When I was 23, I would have lived there. I think they rent it out for $300 a month.

If you had $1,000 a month for a salary, you could easily live off the other $700 a month in Georgia, especially as the Georgian lari has gone down a little bit recently. I don’t know that it will stay down forever, but you can definitely keep your costs low.

In terms of food, you can get seventeen khinkalis for a dollar, or six khinkalis and a bottle of water for a dollar for lunch. Not only is the food good – it’s one of the best cuisines in the world – but you’ve got an increasing startup culture there. It’s a bit warmer there in terms of making friends and meeting people than in places like the Balkans.

They have a great visa policy where you can be there for a year with most passports. Georgia is one of the most capitalist countries in the world. They have good tax policies for small businesses, freelancers, and people bringing money in and out of the country.

Ukraine is a great place to go and hire, but if you’re bootstrapping, I think Georgia might be the better option because your cost of living will be lower. 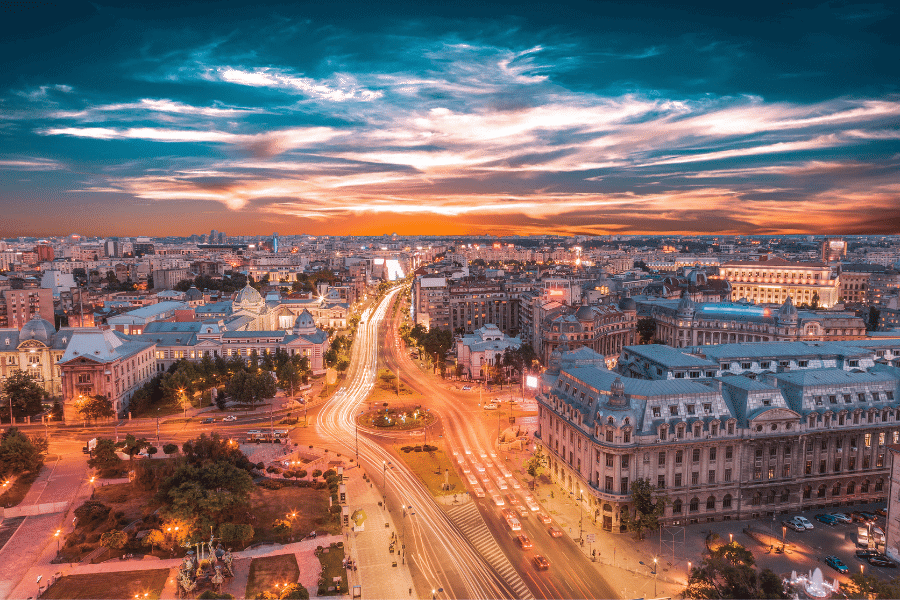 Romania has a great IT sector for bootstrapping entrepreneurs looking for quality foreign talent at affordable prices.

Love Europe, but think it’s out of your budget’s reach? Romania is making a name for itself as a great yet affordable place for a young entrepreneur, as well as a budget traveler.

In addition to having some of the fastest internet speeds in the world, Romania is one of the most emerging countries in Europe. That means costs are cheap (one study suggests a backpacker can make it on $23 a day), as is the labor you may need.

Romania is one of the top countries in Europe to find outsourced labor on sites like Odesk, and you should be able to easily find relatively qualified technical gurus for as little as several hundred dollars a month. For more specifics about why I like doing business in Romania, click here.

On top of the cheap cost of living, Romania’s position in Europe gives you great access to tons of other affordable travel destinations by train or cheap flight – from the castles of the rural areas to Hungary to the beaches of Montenegro. 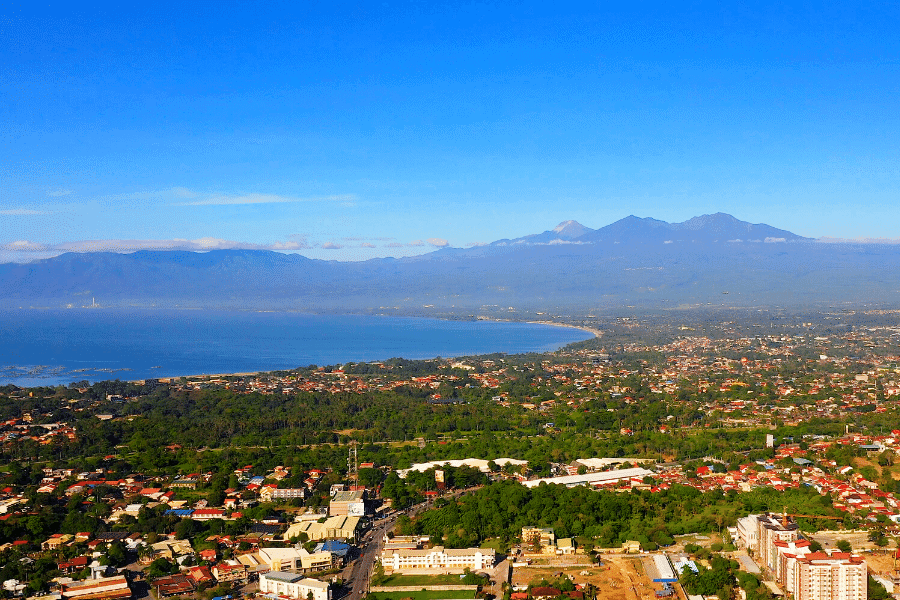 If your idea of being a bootstrapping entrepreneur involves quick access to beach life, consider heading to Davao City in the Philippines.

While many expats scoff at the idea of living in Manila (an opinion I don’t share), plenty of digital nomads are happily residing in Davao. The entrepreneur community there is substantial, thanks to its substantially cheaper cost of living over the “big city”.

Located in the south of the Philippines, Davao is one of the safer parts of Mindinao. Davao’s low cost of living and laid-back atmosphere has attracted its share of online business gurus.

Expats claim Davao’s weather is better because the city is outside the typhoon belt, and it mostly rains at night.

You can live like a king for little cash; a small apartment outside of the city center can go for as little as $150-200 a month. That should leave a lot of extra money to build your business while networking with others in Davao.

Bootstrapping Entrepreneurs Have it Better Overseas

You can see that living overseas not only helps you save money – money that can be plowed back into your ventures – but offers great networking opportunities with forward-thinking global entrepreneurs.

If you’re interested in other articles about good networking and co-working places around the world, check out these articles about the best co-working spaces in Southeast Asia, Australia, the United States, Canada, Central and South America, Europe, and Africa.

We also provide several articles about places with good (and bad) ecosystems for start-up companies:

If you want to create a business empire but aren’t sure how to start, I recommend Chris Guillebeau’s Empire Building Kit. It’s a 365-day battle plan for creating a lifestyle business so you can enjoy your time overseas. The kit includes real case studies from entrepreneurs who launched businesses that now pull in six figures. And it’s easy to absorb the information because it’s available in a series of articles and videos. Check out the Empire Building Kit here.

If all of this isn’t quite enough to get started, there are also many other articles on global entrepreneurship you can find on our website: