The world’s best GMO free countries may be the perfect place to live abroad if you want healthier food. As a US person by birth, it’s easy to get caught up in all of the economic reasons for internationalization. After all, we’re called Nomad Capitalist for a reason.

But all the financial protection in the world is worthless if you’re not healthy enough to enjoy it. There are a lot of good reasons to live overseas or become an expat, but you may have never thought about doing so for better food.

If you’re living in the United States, chances are high you’re being exposed to harmful genetically modified food thrust on you by crony capitalists in cahoots with Big Government.

In the United States, high fructose corn syrup replaced real sugar as the standard thirty years ago, thanks to government subsidies to corn farmers.

Because using real sugar would cost food and beverage conglomerates twice as much as it does to use high fructose corn syrup, made with genetically modified corn. When you look into just what they do to genetically modify corn and other stuff, it’s chilling.

In countries where the government isn’t buying off the corn lobby (i.e. almost every other country), food companies use sugar. The US government and the shills at its FDA could care less that GMO corn syrup has been shown to increase rates of pancreatic cancer, perhaps the deadliest form of cancer out there.

At least the sheeple can get a can of Pepsi for six cents less than they would across the border in Mexico.

Even China — known for its’ restaurants frequent re-use of old cooking oil — recently burned a couple shiploads of US corn, worried it was the evil, genetically modified stuff.

Meanwhile, the United States is also one of the few developed countries with no GMO labeling laws. In Europe, companies with even minimal amounts of genetically modified food are required to label.

You might think I sound like a socialist in suggesting we crack down on GMOs rather than let the free market decide. In reality, the US is such a haven for crony capitalism that there IS no free market. Big food companies can buy off the government to keep their mouths shut.

The FDA has green lighted plenty of pharmaceutical drugs that killed thousands of people; what makes you think it cares much more about genetically modified food?

They’d send a SWAT team to bust the door down at a community raw milk plant than go after big-time campaign contributors.

Where to go to find non-GMO

Fortunately, you can fight back and remove GMOs from your life if you’re willing to live overseas.

I’m always looking to use the world as my oyster for finding the best in life, and this is no exception. Admittedly, the best tasting food I’ve ever had has been outside of the United States.

I trust the guava fruit I buy from a vendor on a dirty street in the Philippines more than the same fruit I’d buy from a grocery store in the US.

I’ve never gotten food illness overseas, which is more than I can say for the US.

Likewise, I found the freshest, most tasty strawberries I’ve ever eaten while driving down a country road in Northwest Ireland. When I asked the immigrant seller where she got the delicious organic fruit, she looked at me funny and pointed to the fields behind her. 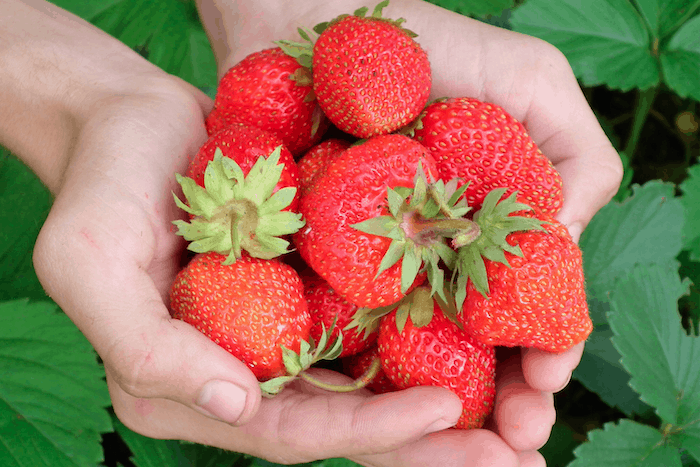 Japan, for example, is staunchly opposed to genetically modified food. People hate the idea of it. My friends there tell me it’s antithetical to their culture. As a result, no GMO seeds are planted in the country.

Unfortunately, a certain seed company has started shipping their GMO canola oil to Japan and the stuff has started sprouting near major shipping ports.

In New Zealand, crops are also non-GMO. No fresh vegetables, fruit or meat sold in New Zealand is genetically modified. Processed foods may contain GMOs if they’re imported from somewhere else, which is a common way for modified crops to get into a country that doesn’t use GMO seeds.

Australia and New Zealand together are also home to 38% of the world’s organic farmland.

Switzerland, known for its offshore banking, has also been something of a leader in stopping GMO foods. While some bad foods do get imported into the country, Switzerland has strict standards and requires labeling.

Some municipalities there have gone so far as to work with their communities to keep foods fresh and non-GMO.

Coop, my favorite cheap and convenient grocery store in Switzerland (where you NEED a cheap grocery store), has a policy of not selling any product that has GMOs. The Swiss don’t want the stuff and can afford to vote with their feet, and the free market has responded.

What’s even most interesting is that the typical garbage food sold in the United States — where Big Food can do whatever it wants — is radically improved in terms of quality when sold overseas. Multinational brands are able to adhere to higher public standards and still sell their cookies and sodas and everything else. If Coke can sell a soda made with corn syrup in San Diego and another made with sugar a few miles south in Tijuana, it makes you wonder how stupid some Americans are to put up with far inferior food.

Elsewhere in Europe, Austria, Hungary, Greece, Bulgaria, and Luxembourg have banned the sale or cultivation of GMO foods. (Of those, Bulgaria offers a decent investor immigrant visa program, and Austria and Luxembourg are home to great banking.)

Ireland — one of my favorite places in the world for pure quality of life and happy living — does not allow cultivation of GMO crops, but does permit importation with a voluntary labeling system. A group called GM-Free Ireland says Ireland’s decision to go GMO free helps small farmers there and will improve produce quality throughout Europe.

Part of my interest in living abroad is not only to protect my personal and economic freedom, but to improve my quality of life. Plenty of places around the world offer less stress, friendly people, and a better culture for my tastes. And I can’t deny that real food — the way nature intended it — is an added bonus when I spend time in places that offer it.

This GMO issue shows just why you have to remain vigilant in your internationalization plans. After the US, Brazil and Argentina are the largest growers of biotech crops in the world — though I wouldn’t recommend Argentina for much of anything these days, anyway. Paraguay, however, is a decent country to get a second passport or retire on the cheap. It’s also the home of dirt cheap acreage.

Unfortunately, much of that has been snatched up by Monsanto for new GMO testing grounds. As of 2014, my contacts in Asuncion say this is drying up a bit, but there are still plenty of dirt cheap “bolthole” properties for sale in rural areas.

Still, the United States has 40% more GMO farmland than the next sixteen countries combined. If you’re seeking better quality of life overseas, it’s worth considering where you can find the healthiest, most nutritious food for your family as part of the equation.