Get second residency in Europe by starting a business in Lithuania

For many, living in Europe – with its charming old towns steeped in centuries of history – is the ultimate dream.

For business owners, there are a number of European countries that offer entrepreneur visas as well as investment visas. It’s simple: make an investment in the country, get a residency visa in return. Owning such a business in Lithuania could be an attractive option.

If you have the desire to start a business or invest money into a country, it can be a straightforward way to get a second residency. And, of course, residencies in the European Union are considered highly desirable by most of the world.

Getting a second residence visa in Lithuania is one of the easiest in Europe. Even some of its largest cities are known for inexpensive living. And unlike most of the European Union and Western Europe, Lithuania isn’t on the verge of collapse, nor do they treat their citizens like milk cows to be wrung dry through an endless number of high taxes.

In fact, even though Lithuania has joined Europe in imposing (much more reasonable) social contribution taxes on employers, its corporate income tax rates are some of the lowest in Europe at just 15-20%. Plus, if your business in Lithuania falls under certain categories, such as agriculture, tax rates can be as low as 0-5%.

That means Lithuania’s corporate tax rates are rather comparable to those of Ireland, whose 12.5% corporate tax rate is frequently considered the best in Western Europe. This is even more impressive when you consider that many European countries are among those with the highest tax rates in the world.

I can’t say that Lithuania is the most happening place on the planet. Go into one of the numerous quaint or upscale bars and cafes in Old Town Vilnius on a Tuesday night –  especially in the winter and early spring – and you might be the only person there.

While I was pleasantly surprised to find that almost every restaurant I ate at had excellent food (even those with cheap “business lunches” or happy hours), I had to wonder why some of these places even bothered to open on certain nights.

In this article, we’ll discuss the types of businesses to start in Lithuania, what visas qualify under residence by investment, and how citizenship can be a long-term goal.

Business in Lithuania: The Best Companies to Start

If your idea is to move to Lithuania and start a company, you should carefully examine what type of business you want to start. This isn’t Cambodia where you could put up a hot dog cart and do alright if you have any business skills at all, even though Lithuania is considered to have one of the freest economies for global investors.

For example, most businesses outside of the Vilnius area – in Klaipeda, for instance – are notable throughout the country for their horrible service.

So, while I might open a restaurant in Asia with the goal of expansion, I don’t see that potential in Lithuania.

Besides, labor costs for the service industry are markedly higher than they are in the United States, which is part of why you see so few waiters in many European restaurants.

If you consider getting a second residency in Lithuania, you will likely want to think regionally or globally.

I think you’d be much more successful offering a professional, business-to-business service to companies in the Baltic region or other parts of Europe than you would running something with a storefront.

Of course, if you run a location-independent business, the Lithuanian authorities would be more than happy for you to start a Lithuanian company and pay the tax on your activities. If you’re just starting out, this wouldn’t be a bad way to go in order to get residency in the European Union; and potentially a Lithuanian passport in the future.

While neighboring Latvia requires that your business generate tens of thousands of dollars in taxes every year to keep your residence permit active, Lithuania is much more flexible. If your business has a few thousand dollars in profit, you’ll pay several hundred dollars and be good.

And if you have a global business that could be incorporated anywhere, you could always start in Lithuania, pay the tax, and then start a second offshore corporation to own your Lithuanian company and mitigate tax. For instance, Estonia is only a few hours away and only taxes distributed earnings.

Residency by Investment: Starting a Business in Lithuania 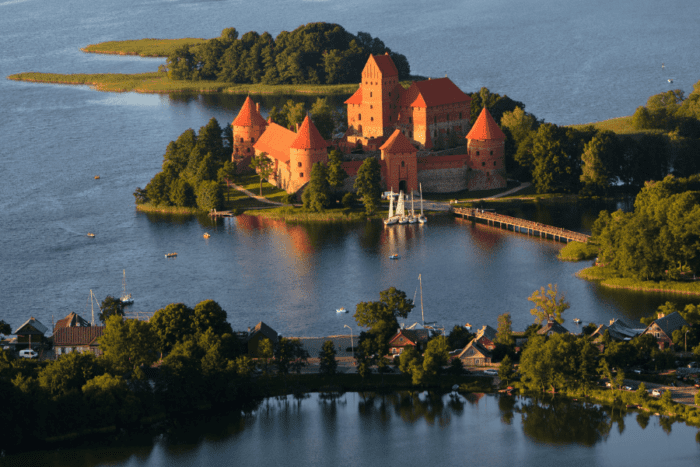 Start a business in Lithuania and get a second residence.

You have two main options for business-related visas in Lithuania – the Start-up Visa and the Business Visa. Both only offer a temporary residence visa to begin with, but you’ll be eligible to apply for a permanent residence permit later.

Lithuania’s position in the European Union means that if you are running a more “serious” business with customers who require that you be located in a non-tax haven, you will be well-equipped to serve them, especially those customers that are located in Europe.

The Start-up Visa allows non-EU entrepreneurs and innovators to establish a start-up company in Lithuania. However, there’s a catch – your startup must be in the fields of biotechnology, nanotechnology, information technology, mechatronics, electronics, or laser technologies. You will also need to own at least part of the company and have enough financial resources to meet your business goals for the first year.

Additionally, you will need to ensure that you prepare a strong business plan to ensure your application is successful. The application will take about one month to process and another month to issue the visa, if approved. You will then need to open the company within 30 days.

The temporary residence permit issued under this visa will initially be for one year. After that, you can renew it for three years in total, given that you continue to meet all the requirements. You might also be able to get an additional two years after that if your startup has had at least €30,000 invested since it was established in Lithuania. Then, once you’ve had a temporary residence permit for five years, you’ll be eligible to apply for a permanent residence permit.

Bonuses of this type of visa include the possibility to pay 0% in taxes for the first year and the ability to bring your family with you.

To establish a business in Lithuania under this visa, you’ll need to meet several requirements. The company will need to have at least €29,000 in equity, conduct business in the country for at least six months, and employ a minimum of three Lithuanian citizens or permanent residents with an average Lithuania salary.

Once the company has been registered and running for six months, you can then apply for a residence permit. However, you will likely need to supply several documents to show the success of your business, such as bank statements, invoices, contracts, lease agreements, and employment contracts. The registration process and the permit application will each take about five days to process.

Then, business-related residence permits will be issued for one year and can be renewed every two years. Though, you will need to pay an annual 15% tax rate, unless you are offered a reduced rate as a micro-company. 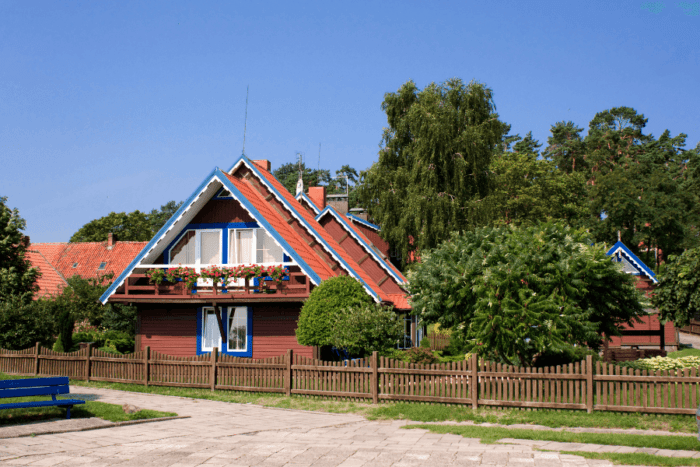 Once you start your business in Lithuania, you can live there too.

The one caveat of getting residency in Lithuania is that you must have some “center of life” in Lithuania. Some will say this requires that you live in Lithuania, but the policy is flexible in many cases.

For instance, you must present a lease agreement to the government in order to maintain your residency. This is a formality, however, and you can easily rent dirt cheap apartments for the purpose of meeting the policy.

Technically, you will also need to be present in Lithuania once every six months, so they don’t cancel your residency visa.

If you make Lithuania your “center of life,” pass a test on the constitution, and learn about 500 words of the Lithuanian language – you can get a certificate from a local language school – then you have a decent chance of qualifying for naturalization. However, Lithuania has changed its policy on dual citizenship over the years and often does not allow dual citizenship.

Nevertheless, an EU passport is rather valuable.

Summary: Start a Business in Lithuania and Get a Second Residency

Living in Lithuania is a straightforward process if you’re willing to invest a little money and run some form of active business.

By investing in a start-up or employing Lithuanian citizens in your business, you can obtain a second residency in Lithuania. And if you continue to meet all the requirements, you can renew your permit, which might eventually lead to citizenship.

Plus, having access to a second residency in Europe isn’t a bad strategy by any means.

If you’re ready to start a business in Lithuania, reach out to Nomad Capitalist today. Our team is ready to help.