You wouldn’t guess by looking at it, but this small city in Central Vietnam was the imperial city of the entire country under the last ruling dynasty.

In 1802, Emperor Gia Long ascended to the throne. For the next 143 years, his family’s Nguyen Dynasty would rule Vietnam. However, it would have to contend with a number of outside forces in what would become a war zone for some time to come.

By the 1850s, France was asserting its influence in Vietnam under the direction of Napolean III. Its stated reasons included revenge against the Vietnamese for the mistreatment of Catholic missionaries. And, of course, its own version of Manifest Destiny — according to them, without France, countries like Vietnam would be nothing more than stains on a map.

Despite the Nguyen dynasty’s concessions to the French, including handing over an entire swath of land in Southern Vietnam called “Cochinchina”, the French government wasn’t satisfied. Its sphere of influence eventually led it to completely take over all of Vietnam.

Beneath all of the typical government bluster about “civilizing Vietnam” was the real reason Napoleon III began imposing his will there: he believed that France was in danger of becoming a “second-rate” world power if it didn’t colonize Asia.

After all, the British Empire was already in Hong Kong, Singapore, and elsewhere throughout Asia. France wanted to keep up.

Nothing the government ever does is because it’s in your best interest. They don’t send out welfare checks, repair the roads, or test pharmaceuticals because they really care about you.

France knew that if it didn’t amass more power in the age of imperialism, it would fall behind. It didn’t want to become the laughing stock of the world for its dwindling influence. For as large and powerful as governments are, they are, in many ways, nothing more than a couple of 15-year-old boys fighting over whose is bigger.

The point was proven when France sat out the chance to help Vietnamese Christians fighting for greater religious freedom. Au revoir to that lie.

As long as France didn’t lose face among other government cartels, it was cool with being persecuted alongside its supposed friends.

This imperialistic madness is exactly why I favor a smaller country for living, banking and investing. I don’t need or want all the nonsense that comes along with governments who need to keep up with the Joneses and constantly assert their status.

In The Land of the Free, the government has brainwashed people into believing there’s no other place on earth but the United States. When I tell people I’ve visited almost every micro-state in the world, they lob insults at countries like Liechtenstein for being small and insignificant.

It doesn’t matter to them that Liechtenstein, Luxembourg, Monaco, and other small countries are richer or better educated than the United States. In a country obsessed with status, the ultimate status symbol is making fun of other, smaller countries.

In return for being able to chant “USA!” and act superior, Americans are treated to draconian banking laws, more difficult access to a second citizenship, and constant scare tactics from goons at various alphabet soup agencies.

I can imagine it was the same way among the British in the age of imperialism. Take over a few defenseless countries and act like you’re better than everyone else.

But when your government exhibits such haughtiness the way the French did toward Vietnam and their other conquests, you can bet that it will bleed over into taking away your liberties. That’s what bullies do.

Countries like Singapore or Chile or Georgia or Panama know they’re not the biggest country on earth. They know they’ll never have the largest population, the greatest amount of resources, or a chair at the head table at the UN.

So, rather than chasing their own citizens around the globe for tax dollars, they focus on making their country the best it can be. Being small offers them the ability to focus on what works.

If the British Empire or the United States takes a dump on investors and harasses its own citizens, they can get away with it. They’ve already got hundreds of millions of slaves.

If small countries don’t figure out a winning formula to attract investment, they become East Timor or Cyprus. 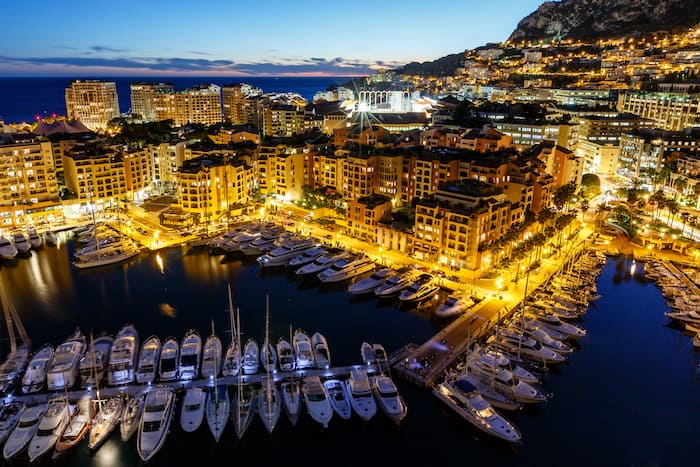 Paraguay is one of the easiest countries to get a second passport, and you don’t hear much about Paraguayans being singled out by terrorists.

Singapore is one of the best countries to bank offshore.

Chile is extraordinarily welcoming of entrepreneurs and is probably the easiest place in the world to start an offshore corporation.

Not that long ago, each of these countries was akin to a war-torn hellhole. However, because they didn’t have 300 million worshiping citizens to steal from, they had to become competitive to foreigners. That meant that, rather than telling potential investors that they “didn’t build that”, they rolled out the red carpet.

Personally, I see little value in US citizenship. We’re told as children that we’re the luckiest kids on the planet and that every other kid in the world wishes he or she had what we have. As if we won a genetic lottery.

I take no pride in being from the country with the third-largest landmass or the largest GDP. I know I would be just as successful if I were born in Switzerland or China. Being “an American” didn’t make me who I am. Not only do I refuse to be lumped in with everyone else who was born on the same patch of dirt, I also refuse to act superior to someone from a country that does more with less.

Many of the world’s small countries have no income tax. Very few, if any, have the Long Arm of Justice that spies on you and demands money no matter where you go. Many of them don’t have a large enough army to start wars with other countries, yet somehow, no one is blowing up their buildings. They may not even have the desire — and certainly not the resources — to roll out an NSA-style surveillance state.

So let sitcom writers and uneducated “patriots” tell all the jokes they like about these small countries and their insignificance. I’ll happily join the ranks of a “second-rate power” if it means I get to keep more of my own money and have more personal freedom. It sounds better than being part of a society whose government keeps score the way frat boys mark notches on their headboard.