How Georgia’s corporate tax system can lower your taxes

The first group includes high tax countries like Germany, the US, Japan, and the UK. These countries collect high rates on income, investment, corporate income, consumption, etc. You might ask why it’s worth investing in a high tax country. Higher taxes mean lower returns, right? Sort of. Sometimes. It depends on the situation. It’s still worth investing in many of these destinations because they have strong economies with well-developed financial systems — annoyingly high taxes aside.

The second group of countries includes tax havens. Such locales include The Bahamas, the Cayman Islands, Vanuatu, Norfolk Island, Monaco and a few others. None of these countries collect income tax. Some don’t collect taxes on dividends or capital gains, either. But there’s usually a downside. The Caymans and Monaco are only accessible to the ultra-wealthy. And Vanuatu and Norfolk Island are tiny and relatively undeveloped. So they’re not ideal places to set up shop, either. In this group, only The Bahamas strikes an ideal balance of opportunity and cost-effectiveness.

The third and best group is low-tax countries. These are countries that collect some of the income that is produced within their borders — usually a relatively small percentage — and keep their hands entirely off income that their residents earn elsewhere. As Andrew has discussed before, these are often the best places to do business. You’ll pay some tax, but much less than you would in most Western countries. Plus, you won’t have to deal with the baggage carried by many tax havens.

How Much Will You Pay in Taxes in Georgia?

Within that group of low-tax countries is Georgia. This small country on the border of Europe and Asia has a dynamic economy and a government firmly committed to private sector growth. It has consistently ranked near the top of the World Bank’s annual Doing Business survey — this year coming in 24th in the world. The Georgian Revenue Service also has a very reasonable approach to collecting taxes, and it’s possible to become a tax resident in Georgia.

Income earned outside of its borders is never taxed. This benefits me personally, as I live in Tbilisi and most of my income is generated outside of Georgia. Even if you earn income in Georgia, taxes on Georgian-source income are relatively low. If you’re wondering how much you will pay in taxes if you become a tax resident in Georgia, take a glance at the following tax rates:

Georgian tax residents also have the option of e-filing, so paying taxes is a lot easier and faster than it is in many other countries. Once you establish residency, you can pay your tax bill electronically on the Revenue Service’s website.

Sounds good, right? There’s a lot more to be excited about.

The Georgian authorities are currently working on an overhaul of the country’s corporate tax system, modeled on successful reforms made by Estonia in 2000. Scheduled for full implementation by 1 January 2016, the new tax regime has local and international investors salivating.

The reforms will make retained and reinvested profits exempt from the 15 percent corporate tax. Only those profits that are distributed or paid out as fringe benefits will be taxable. If you’re benefiting from the country’s tax policy on non-Georgian source income to begin with, your corporate tax bill may already be quite small. However, to the extent that your money is earned in Georgia, the reform will help you pay less in taxes.

In addition, the reform isn’t just about paying less, it’s also about making it easier to pay. According to statistics from the World Bank, Georgian companies spend an average of 362 hours per year preparing, filing, and paying their taxes.  This is too much, so it’s a good thing the reform is designed to reduce it.

Currently, company accountants calculate their profits for the year and submit an annual declaration. This usually results in an American-style tax season of madness where everyone is trying to calculate their projects and get their papers filed at the last minute.

Under the new system, companies will be required to submit monthly tax declarations. You might ask: “How does filing every month take up less time than filing once per year?” It’s a valid question. Research has shown, however, that the monthly system is simpler and requires fewer hours worked by accountants. In Estonia — where such reforms have been implemented — the average company spends only 81 hours per year dealing with tax issues.

A lower corporate tax rate provides an obvious advantage to investors and business owners. A smaller range of taxable activities gives you more control over your business, as well as stronger financial incentives to do business in the first place.

Lower corporate tax rates stimulate business activity, which means more hiring and higher rates of investment. As more and more governments are realizing, this has widespread benefits for the business community, workers, consumers, and even tax collectors.

A paper published in 2011 by a group of economists at the Estonian National Bank found that exempting retained and reinvested profits from corporate tax led to higher investment and productivity rates in Estonia over the next decade. It also helped Estonia’s economy get through the financial crisis of 2008-2009. By providing an incentive for companies to hold liquid assets (rather than rely on debt financing to grow their operations), there were fewer bankruptcies than in harder-hit economies.

Georgia is a Low-Tax Destination for Starting an Offshore Company

There are plenty of reasons to invest and become a tax resident in Georgia. It’s an emerging economy with low costs and a business-friendly approach to governance. Its service and real estate sectors are trending upward, but still have a lot of untapped potential. And it’s a low-tax country with an attractive program for establishing tax residency.

Once the corporate tax reform goes into effect next year, the benefits of doing business in Georgia will be even more evident.

If you think Georgia might be the right location for your business — and setting up there almost certainly will help you pay less in taxes — we can help you set up tax residency there. Soon you’ll be able to pay less in taxes each year on your current business activities. If you’re interested, set up a Strategy Call with us and we’ll decide whether we want to do business with you.

Jon Erikson
Jon Erikson is a writer based in Tbilisi, Georgia. His experience consists of consulting for clients in the public and private sectors. 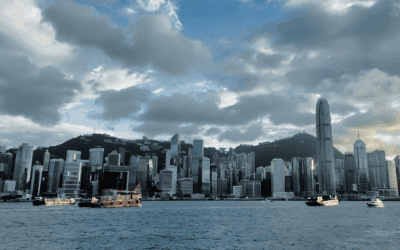 Dateline: Kuala Lumpur, Malaysia Ever since the protests in Hong Kong, I have heard from many...

What Is a Nominee Director or Shareholder?

Dateline: Kuala Lumpur, Malaysia If you've ever incorporated a business offshore, or even looked...