The 5 Best Countries In Eastern Europe For Planting Business Flags

One of the sad realities of recent years is that the West is becoming more and more hostile toward business and the free market. It’s one of the big reasons this site even exists, and probably one of the main reasons you’re here, right now, reading this article.

Over the years, we’ve discussed the loss of freedom in the West and canvassed the world in search of safe havens where capitalism and freedom are still alive and well.

In those discussions, Western Europe has often come under fire for their socialist policies, high taxes, and increasing attacks on freedom. But not all of Europe falls into these categories. In fact, many European countries don’t even fall into the category of “The West”, and certainly do not act like their western neighbors.

For instance, the West is known for its high taxes and complicated revenue systems that impose numerous tax brackets on their citizens to ensure that wealth is evenly distributed.

But not every country feels the need for complex structures and controlled social justice. While Luxembourg has a grand total of 17 different tax brackets, many Eastern European countries have chosen to go with one: the flat tax.

In the years following the fall of communism, many former Soviet countries embraced pro-business economic policies. Countries like Estonia led the way, introducing the flat tax in 1994.

This business-friendly environment is one reason why I have become more and more interested in countries in Eastern Europe, and why I made the decision to leave Southeast Asia — moving Nomad Capitalist headquarters from Malaysia to Georgia.

Countries in Eastern Europe to avoid

Still, not every Eastern European country is made alike. While Ukraine may have a flat tax, crony capitalism and mafia-run banks make the country unattractive for investment.

Croatia is another country where it is difficult to plant any business flags. The country recently kicked out a bunch of foreign investors, plus taxes are high. To be honest, it’s just not an interesting place for investment and business at the moment.

Then there are the countries like Montenegro — where it’s easy to start an offshore company and the tax rate is the lowest in al of Europe (at 9%) — but I still wouldn’t recommend it simply because the country has had its challenges and the jurisdiction is not widely accepted.

I wouldn’t recommend Cyprus, either. While they have a functioning citizenship by investment program, I’ve worked with people who’ve gone there and I really cannot suggest it as a good place for planting business flags.

And then there’s Russia. I like Russia for certain reasons, especially if you can start a business there and qualify to get a second passport, but Russia obviously has its challenges, too.

Many other Eastern European countries are just too small to handle your business needs or provide the kind of credibility your company will need to operate internationally.

There are, however, some true gems throughout Eastern Europe that I can recommend without hesitation. Here are my top five: 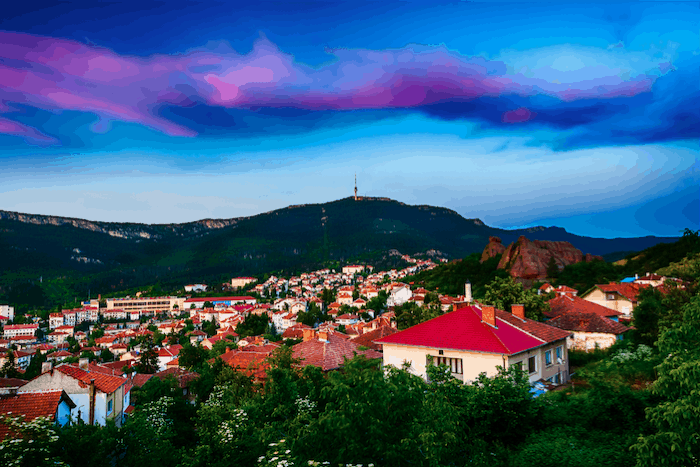 Bulgaria has one of the lowest flat taxes in Europe.

Bulgaria comes in at fifth place because, honestly, it does do better than other countries. The financial situation in Bulgaria is stable, with a debt-to-GDP ratio that is just 1/6th of US levels.

One of the biggest benefits to planting flags in Bulgaria is that it has a 10% corporate tax rate. A couple years back there was talk about changing to a progressive tax system, but it seems that the flat tax will remain for now.

Another benefit is that Bulgaria is part of the EU, which means that your Bulgarian business would provide you with access to the entire EU and the ability to open merchant accounts and bank in other EU jurisdictions, as well.

Plus, you can get residency in Bulgaria by creating jobs and making an investment in the low six figures. 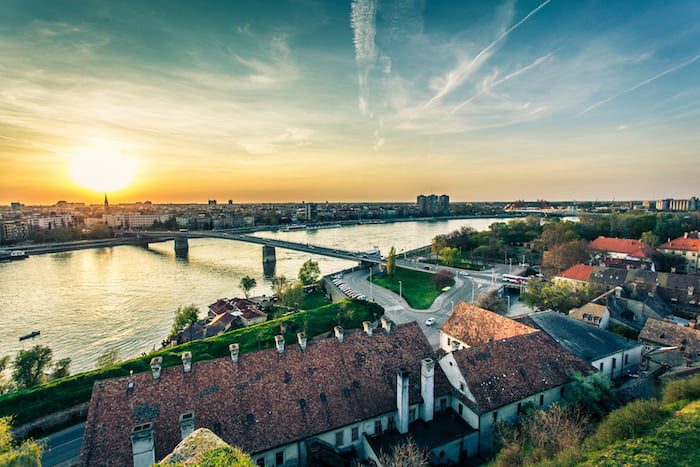 Serbia is one of the best places to hire affordable, high-quality talent.

I like Serbia for many of the same reasons that I like Bulgaria. While the debt-to-GDP ratio is just half of US levels, it is still a great place to run a business with a decent flat tax of 15%.

The government is more Eastern-aligned than Western-friendly (i.e. they like Russia), but it’s relatively easy to obtain a second residence there if you’re willing to start some sort of very small business on the ground.

If you take that route, Belgrade is a great city to live in — especially for single men and women — with lots of very attractive, fun people. And, for business purposes, Serbia has some of the lowest-priced, best talent out there. 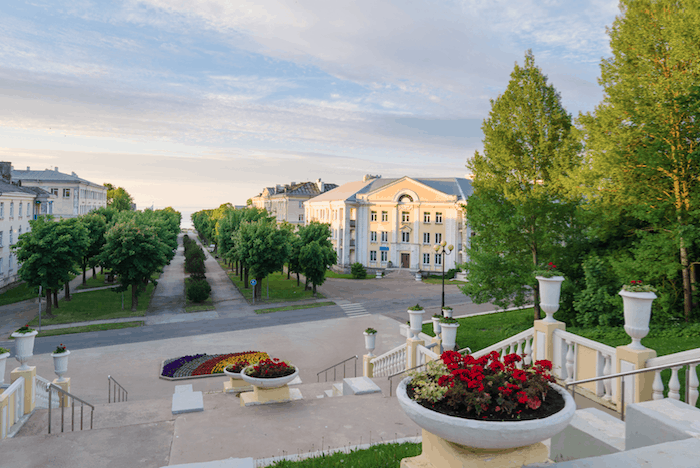 Estonia is constantly innovating in the business realm of economic policy.

Estonia has quite a few things going for it these days — most of them of its own making. Its debt-to-GDP ratio is less than 1/16th of US levels. And, as mentioned before, Estonia was the first country in Eastern Europe to introduce the flat tax (which is currently at 20%, or zero percent if you’re reinvesting in your company).

If you get an actual residence permit and are willing to live in Estonia six months a year, you can get citizenship after eight years. However, you have to learn Estonian in order to qualify, so it’s not the best option for citizenship out there.

That being said, it’s probably one of the best places for business. Besides its tax policy, Estonia’s transparency is probably the best thing about the country in terms of planting business flags. Plus, as part of the EU, it provides anyone looking to do business in Europe with a business-friendly jurisdiction.

This small Baltic country is constantly making inroads and innovating ways to make itself attractive to global investors and entrepreneurs.

The only downside is that it is one of the most expensive places to hire people. My recommendation would be to hire people from Lithuania (which, as a country, could very well tie for fifth place on this list). Lithuania is becoming more and more transparent and, if you choose to do business in the Baltics, I would recommend you do your hiring there. 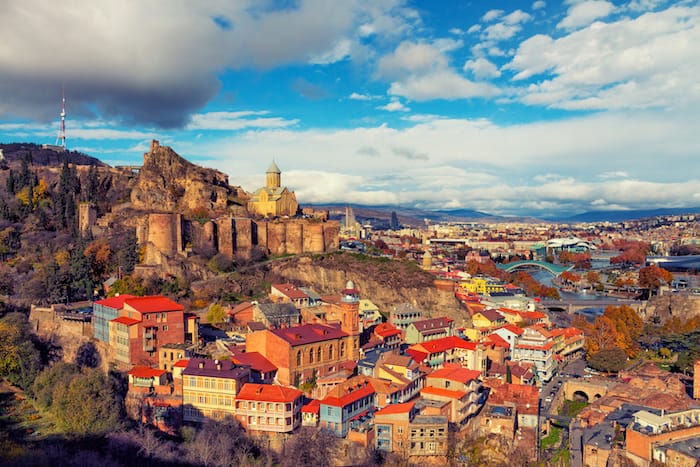 Georgia is one of my favorite countries in Eastern Europe for investment and living.

My personal choice for investment and living, the only reason Georgia doesn’t take the number one spot on this list is that the tax rate is 15%, as opposed to Macedonia’s 10%. The country’s debt-to-GDP ratio is 1/3rd that of US levels and the country has a lot of other good numbers when it comes to economic stability and growth.

You can read elsewhere on the blog about how Georgia is the “next America” and how it is one of the most capitalist countries in the world. It’s also a good place to invest in the tourism industry, and it’s one of the easiest places for opening a bank account or starting an offshore company.

However, there aren’t quite as many rules in terms of transfer payments, so if you’ve got businesses in different countries around the world, you may have to do a little more work to make Georgia fit into your plans.

But in general, Georgia is a great place to live, it’s affordable, it’s very friendly for planting flags in general, and the people like Americans. 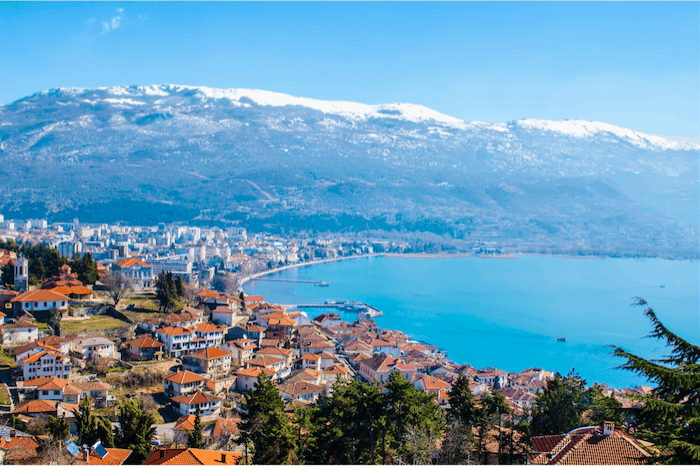 Macedonia takes the number one spot for business-friendly countries in Eastern Europe.

Located to the west of Bulgaria Macedonia takes the number one spot for many of the same reasons Estonia made this list.

First and foremost, it is becoming more and more transparent. The country is also fiscally stable with a debt-to-GDP ration 1/4th that of the US. And corporate taxes are a flat 10%.

The country is very well located, which may be the one other benefit it has over Georgia since it is a bit closer to markets in which you may be doing business.

You can get a residence permit in Macedonia if you hire employees and there’s a citizenship program available.

Wherever you decide to go, countries in Eastern Europe are looking more and more attractive as the West continues to push socialist agendas and reject the free market principles that helped them rise to the top.