The Indonesian currency revaluation: how not to profit from central banks

I wasn’t sure what to expect from Jakarta. Indonesia, which east-to-west spans about as much of the Indian Ocean as Australia, is an intriguing and even somewhat mysterious place. While China and Vietnam and Myanmar get all of the press from the financial media, Indonesia has been somewhat left alone.

Yet the story here is one of volatility. Inflation took a sharp left turn this summer, heading back up to levels approaching 9% after dropping down to levels below 4% a couple years ago.

And the Indonesian currency – the rupiah – is no different.

In the taxi from the airport yesterday, I made the mistake of examining a low-value banknote and exclaiming, “Who’s this dude?”, much to the consternation of the otherwise jovial driver.

Talking to a local today, I could quickly tell that the government has been selling the same story on the currency for years.

That story relates to the Indonesia rupiah revaluation. For years, the government has suggested that it would do something about the relatively volatile Indonesian currency. The rupiah, which crashed with just about every other foreign currency in the global financial crisis, then bounced back, tanked again, and so on.

And that’s just in a few years.

While the rupiah was touted as a success story a few years ago for breaking new ground against the dollar, it’s back in the doldrums now.

And as with several other fiat currency sob stories (like the one in Vietnam), the Indonesia rupiah is traded at insane levels.

For example, last night’s 27,000 rupiah street food meal (which was delicious, by the way, perhaps thanks to the cook smoking a cigarette while he made it) cost all of… $2.30. 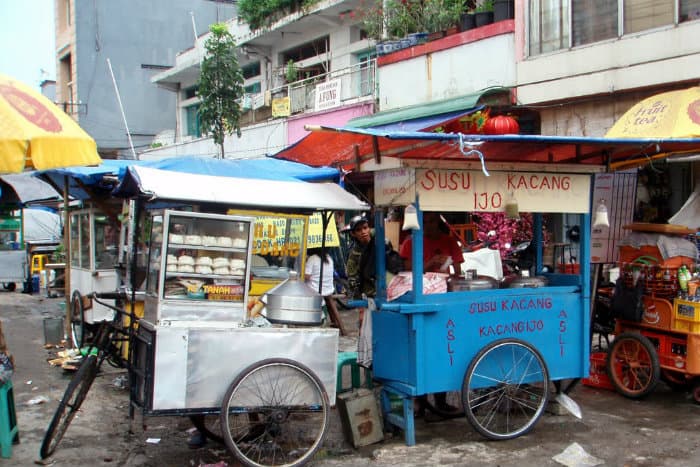 Street food in Jakarta is dirt cheap. Decent meals can go for under $1, even in the shadows of the city’s exclusive shopping and business district.

That hour-long cab ride? It cost about $4. A half-liter bottle of Coke? $0.40. Things are cheap here, and the poorly managed currency doesn’t help matters. Economic growth here is a ticking time bomb… more on that in a moment.

However, like those nearby countries which share such abysmal exchange rates, Indonesia’s solution to the problem is more sleight of hand.

Their answer to a worthless currency is to merely cut off three zeroes from the end. Instead of needing a 25,000 Indonesia rupiah to gorge on a Big Mac, you’ll only need 25.

How much easier could it be?

Well, for one thing, the brain trust at Indonesia’s central bank – Bank Indonesia – might be a little too wrapped up in their intellectual bubble in Jakarta. In their effort to fit in better in the forthcoming ASEAN economic community, they’ve decided to push forward with the long-awaited 2013 deadline for changing the currency over.

Only thing is, they haven’t done a very good job selling it to the people. 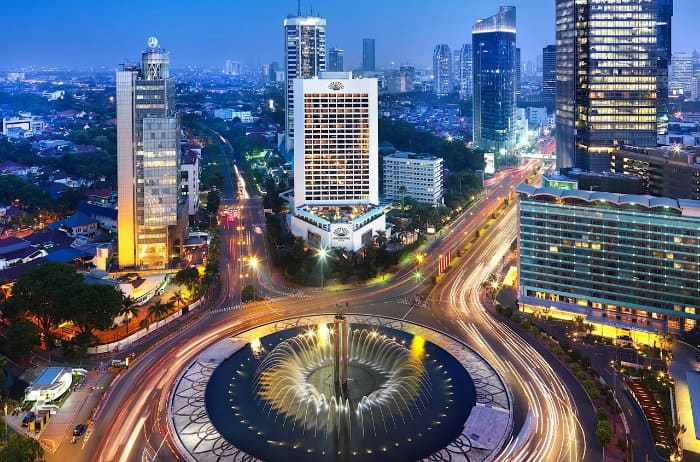 Outside the capital city of Jakarta, Indonesians aren’t so sure about the central bank’s currency revaluation plans for the rupiah

Most people are surprised to learn that Indonesia is home to a quarter of a billion people, making it the fourth most populous country on the world’s most populous continent. However, only ten million of those people live in the capital city of Jakarta.

And many farmers and other rural residents still don’t entirely understand how this change will affect them. There have been reports that some are even frantically running around trying to find ways to stop their money from losing so much value. They’re terrified that their own government is going to wipe them out.

While their position may come from a simple misunderstanding, you can’t exactly blame them. Indonesia’s exchange rate is less than half what it was when the country gained independence in 1949.

The central bank governor didn’t make things better when he said: “We have to do a socialization when the economy is in good condition so that citizens will more easily accept the changes”.

Basically, scare your people half to death and screw them when times are good in order to minimize political blowback. Lovely.

The finance minister is on the record as saying that, while banknotes won’t be changed right away, the education process for the change will likely take up to ten years to sink in around the developing country. What many outside the western world don’t understand is just how developing parts of countries in this region are. It’s not as simple as putting a message out on the evening news and alerting the whole country.

And the bankers here should know that.

It’s not, however, like this hasn’t happened before. The Indonesian currency has already been revalued twice, both decades ago. If it weren’t for those currency revaluations, the rupiah would be denominated 1,000 times higher than where it is today. This in a country where rupiah-denominated banking assets already stretch into the quadrillions.

The reason Bank Indonesia did that is simple: they’re desperate to prop up their Indonesian currency. While experts suggested rate hikes of fifty basis points might have been worthwhile, the central bank’s plan to cover their tracks will almost undoubtedly cause problems for the Indonesian economy down the road.

But who needs economic growth or jobs when you’ve got a flailing fiat currency to save?

For one thing, investors aren’t amused. Indonesian ETFs have come to a screeching halt on fears of just how desperate the government is.

The situation in Indonesia only goes to prove a point: the government will do whatever it can to keep its own party going, no matter how much pain that inflicts on the population. Here in Jakarta, the bankers are willing to through their own frail emerging nation – and their citizens’ jobs – under the bus for their own benefit.

And when their own citizens think they’ll go bankrupt because the runaway currency has to have a few zeroes chopped off – all to make things look better to the international community – that’s just icing on the cake.

Unfortunately for Indonesia, the government here doesn’t get to run world economic policy by virtue of having the world’s reserve currency. With no Federal Reserve to play smoke and mirrors here, currency manipulation actually hurts.

(“Threats” of the Fed tapering its QE are partly to blame for the rupiah’s near-20% drop this year.)

I do believe that the largely managed currencies of Asia have some growth potential based on a regional play with further growth in the Chinese yuan. As increased consumption in China leads to reduced dollar reserves and more yuan invested abroad, Chinese officials will have more motivation to ease up on their artificially low currency.

History has shown that gains in the yuan are capable of reverberating throughout the region. However, the Indonesia rupiah is plagued with issues and not a currency I’d be adding to my basket for any reason.

Despite its atrocious traffic, Jakarta is a nicer and more green city than I imagined. However, it also serves as a lesson not to trust the fiat currency masters. I’m all for making trading currencies to take advantage of certain imbalances, but there are some currencies I wouldn’t touch.

Unfortunately for Americans, they don’t realize that their government has a unique ability to prop up its debt-ridden, fundamentally declining currency. Indonesia doesn’t have that ability, and the penalties for its central bank toying with rates and wreaking havoc will ultimately effect the country’s ability to grow.