Take Las Vegas and multiply it by three. Here on a peninsula in the South China Sea, Macau is the world’s largest gambling mecca with revenues that put Vegas to shame.

Anyone who’s ever been to Las Vegas will notice striking similarities in the resorts that have cropped up around this second Special Administrative Region of China (the other being Hong Kong). The casinos of Wynn, the MGM, the Hard Rock Hotel, and the Venetian look strikingly similar to their American counterparts.

But the similarities end there. This morning, I had the entire pool at the MGM to myself. Literally – it was just me. Even the towel guy had to take breaks to step inside. It wasn’t that the pool was bad, but that Chinese tourists have no interest in swimming.

They have no interest in shows. Or for the most part, drawn-out, high-end restaurants. Really, they’re only in Macau to gamble. 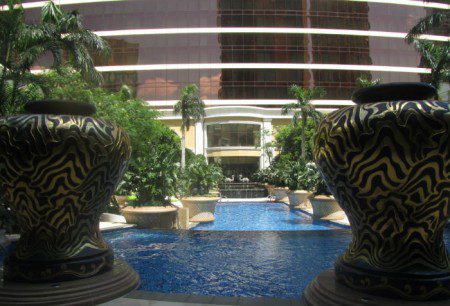 Two years later and I was still the only one using the pool in the Macau casino. Chinese tourists would rather gamble with casino chips.

Whereas you might take a weekend in Las Vegas and set aside a certain amount of money you expect to lose gambling, the Chinese – long the world’s largest gambling culture – come to win. Few casino employees even know where a blackjack or craps table are. It’s all about baccarat.

In the two short years since I’ve been here, things have gotten markedly more expensive. Especially gambling limits. My $5 craps table is now double that, and it took my friend two days to find a blackjack table under $39 a hand. That’s what happens when you have an economy that doesn’t celebrate 8% unemployment.

But as I was walking through a high limit parlor in the Wynn last night, and happened to catch a glimpse of something that made me think.

On a back baccarat table, I saw casino tiles. Not chips, but actual tiles. The kind you’d see being moved around by big sticks in a James Bond movie. These things are huge.

There are some really serious gamblers here.

I’ve always found it interesting how humans see casino chips as real money. Obviously, the chips aren’t real legal tender, but they can be easily converted into legal tender.

Yet casino patrons toss them around a craps table like they were throwing pennies into a wishing well. It’s odd. 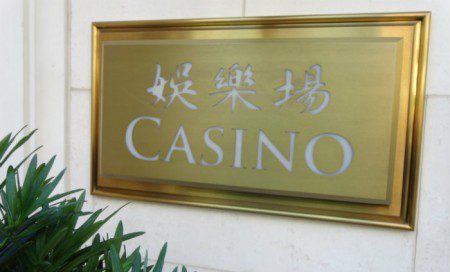 This is why Chinese tourists come to Macau. And the place I’d trust with my money rather than government fiat currency.

In reality, it’s no different from people accepting their arbitrary government’s fiat currency. A couple politicians form a thing called a “central bank” and start handing out paper IOUs and we all go using them as if they had some guaranteed value.

Here in China, the Yuan dynasty that held power for a short period around the 14th century issued the world’s first fiat currency. Unlike their predecessors in the Song dynasty which eventually issued paper notes backed by gold for convenience, the Yuan issued a unified currency throughout the entire kingdom.

Moreover, in attempt to create their own Monopoly Money monopoly, the Yuan dynasty geniuses attempted to prohibit all transactions in gold or silver. It took about five seconds flat before the government demanded its citizens hand over all gold and silver to them.

You know, just in case anyone decided to do anything stupid and try to bypass their fiat currency mandate.

To little surprise, it also didn’t take long for inflation to set in. The government started printing more and more money until they eventually started issuing fiat currency that looked somewhat similar to the casino tiles I passed by.

Yeah, inflation got bad enough that scraps of paper weren’t enough. They needed currency that was practically the size of a small brick to keep up.

The Mongol-backed Yuan dynasty wouldn’t last forever. Future governments would restore some of the economic and currency freedoms taken away by the Yuan. However, the government pulled other stunts along the way, including restoring gold and silver ownership, but forcing taxes to be paid in silver and not government-backed fiat currency.

How To Open a Bank Account Offshore In One Day

Dateline: Kuala Lumpur, Malaysia Offshore banking is a topic we have covered extensively here on...

Dateline: Kuala Lumpur, Malaysia As strange as it may sound coming from me, I strongly think that...

The Most Stable Emerging World Currency

Dateline: Kuala Lumpur, Malaysia If you want to increase the return on cash you hold in depository...