
Written by Andrew Henderson
i
Expat | Renunciation of Citizenship

They say water seeks its own level.

Perhaps that’s why thousands of US citizens are handing in their US passports at the local embassy and saying “thanks, but no thanks”. They’ve joined the fast-growing movement of Americans who have chosen to renounce citizenship.

In just the second quarter of 2013, 1,130 Americans did just that. That’s double the 679 who renounced in the first quarter. It’s more than the number of citizenship renunciants for all of 2012. And it’s many times the number of renunciants in 2008 – just five short years ago.

No doubt, the usual suspects of sociopathic politicians will be lining up to give press conferences denouncing these “traitors”. Last year, US Senators Chuck Schumer and Bobby Casey drafted the so-called “Ex-PATRIOT Act” in response to Facebook co-founder Eduardo Saverin’s citizenship renunciation. The law would have banned former US citizens from ever returning to American soil.

That’s just how vindictive politicians can be when you tell them “I don’t consent to you owning me anymore”.

I tend to believe that patterns matter. A few people renouncing their citizenship here and there doesn’t mean much. But when each year, more people hand their American passports in and give up their citizenship – an emotional decision to make, no doubt – a pattern emerges that shouldn’t be ignored.

That pattern has shown that people are fed up with the American government. But as is the case with bureaucratic organizations, the government merely deflects the blame. It couldn’t possibly be THEIR fault or THEIR policies that are the problem.

It couldn’t be that the six million Americans living abroad are tired of draconian laws like FATCA that turn them into criminals merely for having an “offshore” bank account used to pay their rent and buy groceries.

It couldn’t be that the US government makes more of an effort to promote “Click It or Ticket” than it does to inform US citizen expats about the “raft of paperwork” requirements thrust upon their for choosing to live overseas.

It couldn’t be that Americans abroad see their peers in places like Singapore and Hong Kong paying flat taxes – or even no tax at all in other countries – while they’re stuck paying on every dime of their income because the United States is the only country that employs citizenship-based taxation (aka: “the penalty for being born here”).

It couldn’t be that the IRS went back on its word to hundreds of expats who didn’t even know they had to file paperwork for their “offshore” bank account, and kicked them out of a program designed to give immunity to honest taxpayers in exchange for a confession.

It couldn’t be people are tired of a country who, despite a history of imperialism, believes the sun rises and sets entirely within its borders, and that living overseas is a traitorous activity.

Nope, it couldn’t be any of that. It’s just these evil 1,130 people who are greedy people and don’t want to pay into the system. How dare they.

You might have dated someone like this when you were 21. The person that always projected their faults on someone else. Eventually, you had enough of it and dumped them, which they rationalized with phrases like, “He wasn’t man enough to handle me” or “She’s a psycho”.

The US government is that bad 21-year-old boyfriend or girlfriend. Nothing they do is their own fault. After all, they only act out of love and benevolence. Those who choose to give up citizenship must have something wrong with them. If you don’t appreciate their benevolence, you’re a jerk. And bad in bed!

A Hong Kong immigration lawyer interviewed by the Wall Street Journal echoed what I’ve said for some time: people aren’t coming to the United States these days. There are just too many good places to go.

While young people I meet in Asia and Europe echo that sentiment, it’s becoming a rising trend that natural-born Americans, or those with green cards, are getting fed up as well. When you have an economy that’s not growing, high unemployment, and a bozo running the central bank, you can’t expect talented people to hang around for long.

Much as the US government would like it to be, this isn’t the 1960s era of a strong dollar and the American dream.

It’s easy to rationalize citizenship renunciants as deadbeats who just don’t want to pay taxes. If that was the case, I wouldn’t blame them. Why pay high taxes when you can pay low taxes. Socialists love to claim taxes are the “price we pay for civilization”, but that’s nonsense.

But I believe that people are renouncing their citizenship out of a disgust with the system. Most people are willing to put up with some laws and regulations. What they’re not willing to put up with is essentially being told they are the wholly owned property of one government merely because they used to live there. It’s a disgusting notion, and the US has overplayed its hand in making that assertion.

I believe one country isn’t worth fighting for. After all, it’s nothing more than lines on a map and a tyrannical government. Your government should work for you, not you for it, and when that deal goes out the window, you should jump out the other window looking for an escape.

That’s just what those 1,130 people (and likely, many more, since the government only records certain expatriates) did.

Let’s stop making them out to be traitors and start celebrating that there are still some people who are willing to live their lives based on the free market principle that both capital and people go where they are treated best.

The United States is not that place.

To learn more about obtaining a second citizenship, read my page on How to Get a Second Passport.

Dateline: Mexico City, Mexico There are a lot of myths about why people choose to renounce their... 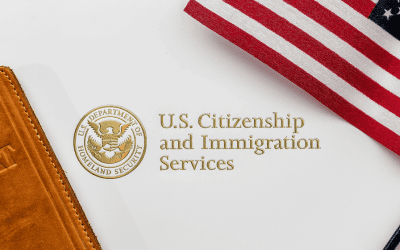 Dateline: Mexico City, Mexico When it comes to anything offshore, it’s very hard to entirely...