Four reasons to use a Hong Kong corporation for your business

I often ponder why anyone with an internet or location-independent business sets up shop in their own country. Especially someone who lives in a place as non-business friendly as California.

If you’re running a cement mixing company in Ohio, you may find it harder to have an offshore corporation. But if you’re doing any kind of global commerce (and you should be, especially considering the better economies in emerging markets like Asia), you need a solid base of operations. And it definitely doesn’t have to be in your home country.

Personally, I love Hong Kong. It’s one of the greatest cities in the world. The fabulous skylines mash up against lush green mountains for a stunning view. Plus, the people are some of the best of any major city in the world, with residents from all over Asia and beyond.

More importantly, Hong Kong is one of the best places to base your offshore corporation.

If you’re looking for no-frills and a place to hide your money and pretend you don’t have an offshore corporation, Hong Kong isn’t the place for you. Of course, that shouldn’t be your goal anyway, especially if you’re a US person.

This special region of China has annual reporting requirements and requires larger businesses to hire an accounting firm and file audited financial statements every year. This isn’t a set-it-and-forget-it offshore corporation like what you’d see with many United States LLCs.

And while all offshore companies charge annual fees, Hong Kong has a few more requirements.

However, if you’re a serious entrepreneur or run an already successful business, a Hong Kong corporation could be the answer for you. Here are four reasons why…

1. It’s an easy and legitimate way to go global

Personally, I don’t think you should give too much credence to the naysayers who gripe about offshore corporations. As they say, haters gonna hate. But from a banking and regulatory point of view, you may run into more issues setting up shop in some Caribbean island with a bunch of ninnies than you would in a stable, trusted jurisdiction like Hong Kong.

After all, the world views Hong Kong with envy. It’s a solid financial center with real business activity. They’re not just churning out boiler-plate corporations to collect a filing fee here. Hong Kong has real professionals, real bankers, and real lawyers. No one who knows what they’re talking about is going to accuse you of using a Hong Kong corporation for shady purposes or to hide out. That can come in handy, for instance, if you’re trying to raise capital.

Personally, I like the idea that China is behind Hong Kong. In my mind, it’s the perfect win-win: economic freedom in the actual jurisdiction, with a government behind it willing to stand up to the US.

Banking is remarkably easy here for Hong Kong corporations. However, it is becoming almost impossible for foreigners to bank in Hong Kong. If you don’t have a Hong Kong corporation, look elsewhere. Hong Kong banks are so awash in Chinese money they can happily turn away anyone that comes without a referral. That said, I’d prefer you plant your banking flag in a jurisdiction other than where you’re incorporated, anyway.

Stingy banks aside, having a Hong Kong corporation can be a great option for your offshore company. Most importantly, doing business in Hong Kong isn’t likely to get you on some bankrupt country’s blacklist for being a tax scofflaw. 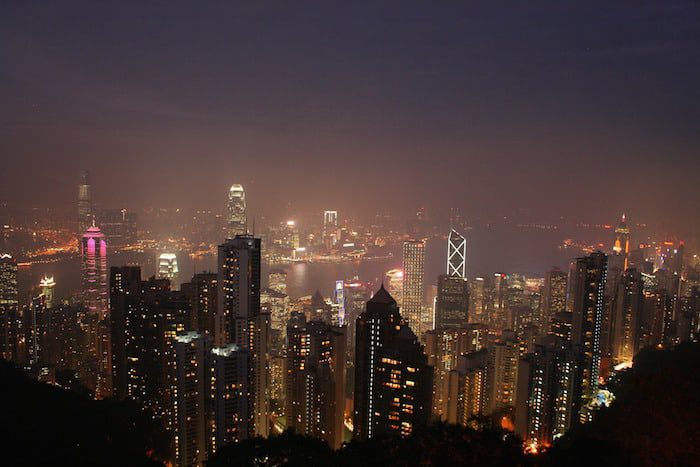 2. A Hong Kong corporation doesn’t pay tax on business outside of Hong Kong

It’s possible to avoid Hong Kong corporate tax altogether using a trading company. Thanks to a territorial tax system, the territory of Hong Kong only taxes transactions that happen within its borders. This system is based on the silly notion that taxes are earned by a government that provides you services. They figure income you earn in Belgium didn’t require their help and they shouldn’t get to wet their beak.

Contrast that with Western governments and The Land of the Free in particular, where puppets like Obama say “you didn’t build that” and then happily tax companies based on their earnings in China. It’s maddening.

Some trading companies will set up a Hong Kong corporation to source goods from Bangladesh, for example, and then sell them to markets in the EU. If the Hong Kong company merely facilitates the transaction between two other countries, it’s not taxed. That means getting invoiced by and sending invoices to a foreign country.

It’s a better structure than even Singapore. I love Singapore, but I find Hong Kong beats it out in most of my categories.

Even if you actually do business in Hong Kong, you’ll pay a low 16.5% corporate flat tax. The government of Hong Kong is efficient compared to most and finances government expenses with user fees on real estate transactions. This allows them to be one of the lowest-taxed and widely-open “civilized” jurisdictions in the world. (Because we know that socialists love to say taxes are the price we pay for civilization).

The IRS is pretty stingy when it comes to business write-offs. No surprise there. As a lifetime self-employed guy, I find their policies on business meals and entertainment, equipment depreciation, and other stuff rather appalling.

While the tax authorities in your bankrupt, past-its-prime Western country might say buying a big client a glass of wine isn’t allowable come tax time, Hong Kong authorities are more lenient. Besides, you may not be paying much in the way of taxes anyway.

Of course, Americans must maintain their accounting records to US GAAP standards, but having a Hong Kong corporation gives you more flexibility.

4. Hong Kong is a strong, stable jurisdiction for banking and corporations

I sometimes find it a bit funny that people bash on Hong Kong for its ties to China — which has nothing to do with Hong Kong corporations — but are perfectly willing to form their business on some random island. Consider that the UK took over the government of Turks and Caicos on a whim, while China has left Hong Kong to manage its own affairs.

If you want a stable base of operations, it’s hard to do better than Hong Kong. If you’re the owner of an established, successful business, it’s a straightforward process to get a second residence permit and eventually permanent residence.

You do have to have a real office — not a post office box — to do business in Hong Kong, but you can get one for $30 to 75 per month. Virtual offices in Hong Kong are some of the most gorgeous I’ve ever been in. Skip companies like Regus (which provide dreadful service) and go with any of the many local companies that provide suites dripping with orchids, glass or marble, and pleasant service that includes fetching your guests tea.

As “Asia’s world city”, Hong Kong gives you access to investment capital in the region and a legitimate business structure that serious investors wouldn’t bat an eyelash at.

For an offshore corporation, Hong Kong ticks a lot of boxes if you’re willing to live with a bit of oversight and a few rules from an easy government to get along with.

Dateline: Kuala Lumpur, Malaysia I’ve been in the business of helping people design their ideal...