Yet for decades, it has been perennially mired in red ink and doom and gloom. Their net worth is $127 billion below water. Frankly, it couldn’t have happened to a better bunch. Having run a business from there briefly, I’ve seen first hand what an anti-business place it is. Bureaucracy runs rampant.

Innovation is slim. Government is unaccountable. And I know people who moved out ten years ago who still get harassing calls from the state’s Franchise Tax Board to pay tax bills that have long been paid in full. 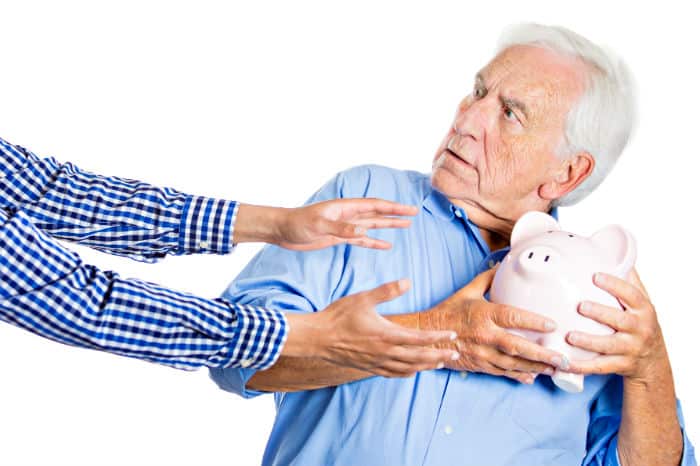 Think bankrupt governments can afford to pay out pension benefits?

It’s a small wonder the place hasn’t become more irrelevent. As a Nomad Capitalist, I wouldn’t do business there and wouldn’t recommend most others do it either. If you’re in tech, fine, but I suspect the dozen or so countries rushing to build their own answers to Silicon Valley will eventually become formidable and worth considering.

Yesterday, a judge in California signed off on the city of Stockton’s pleas to go bankrupt. The city will now follow the path trodden by depressing places like San Bernardino whose fiscal affairs also fell into disrepair. But on the chopping block, the judge indicated, are pensions.

You can argue that California – and much of the United States – has offered overly sweet benefits packages to inefficient workers who suck off the system. I don’t entirely disagree. But Stockton and its broke counterparts throughout the state are just the latest example that your money is not safe.

As Gerald Celente says, it’s not yours if you’re not holding onto it.

You and I well know that while places like California are tapped out, the government will do whatever it takes to protect those pensions and the government union workers that keep Big Government moving at warp speed.

The institution of government depends on people needing it, including its own. I’m sure they’ll make a case that the recent three percentage point rise in top tax rates there – to a whopping 13.3% state tax – isn’t enough to fuel the fire of government workers on the dole.

We know that plan won’t work and will cause the state to eventually cave in on itself, but that doesn’t mean they won’t go down swinging. Pensions will still probably be cut and – whether you agree with lucrative government benefits or not – retirement plans will be swindled.

But on top of that, the greedy engine that is California will make sure you as a productive citizen “pay your fair share” to try and dig them out of their mess first.

Why else do you think the tax collectors there are shaking down every man, woman, and child who ever set one foot on Golden State terra firma?

Because while the workers will eventually get screwed, you’ll get screwed with them. Your business, your income, and your assets will be at risk if they’re tied to places like California.

Given the continued sluggishness in the economy and the socialist dogma that is becoming more acceptable to Americans, don’t be surprised if a lot more places across the country will start looking like San Bernardino.

You can bet they’ll even throw in some cheap threats from the playbook (laying off cops, closing parks, yada yada) just like the feds did during the sequester.

As for surprises, I know you won’t be surprised when you get the bill. If you’re depending on some government agency to manage, oversee, or insure your money, remember that if rich Cypriots thought the United States was a safer place to bank, they would have done so.