Ireland is one of my favorite countries on earth, and for good reasons.

I first came to Dublin over seven years ago and, in the eight or nine visits since, I can honestly say I’ve never met anyone here who was difficult to talk to.

The Irish have a well-earned reputation for being some of the friendliest people in the world.

And when it comes to the kind of offshore strategies we talk about here, Ireland ticks a lot of boxes. 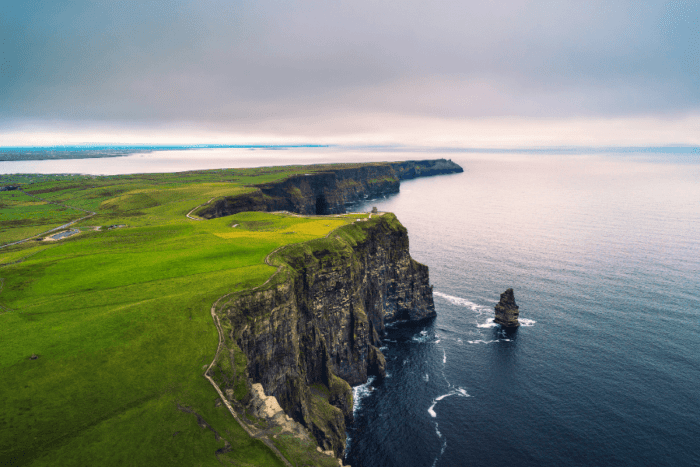 With one of the lowest corporate tax rates in Europe, beautiful landscapes, and scrumptious cuisine, why not honor your Irish heritage by becoming an official Irish citizen through family blood?

Ireland is also one of the easiest places in the world to get second citizenship if you’re lucky enough to have an Irish parent, an Irish grandparent, or — in some cases — an Irish great-grandparent.

Those seeking a second passport should know they are in good company considering the population of Ireland is all of 4.5 million, yet nearly 15 million Irish passports are in circulation.

The country has a very open policy of granting citizenship to those whose family tree includes ancestors from Ireland.

In fact, there are 10 million non-resident passport holders taking advantage of dual citizenship from the Emerald Isle.

To further add to this number, did you know that there are more than 31.5 million Americans with Irish lineage?

They account for almost 10% of the entire American population and can claim the benefits that come along with Irish citizenship.

Benefits of being an Irish citizen 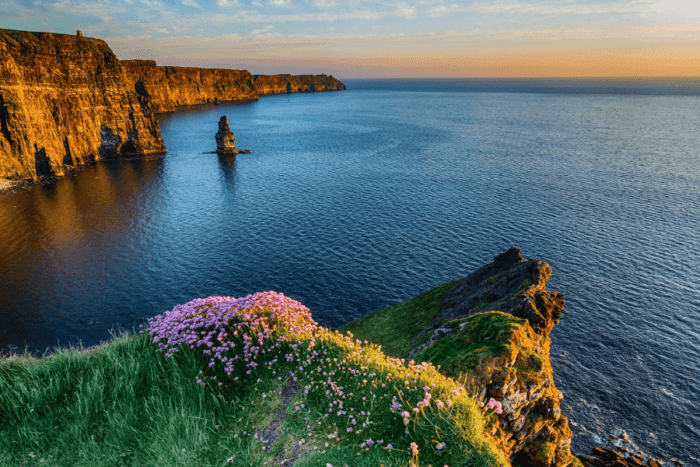 But what exactly are the benefits? Let’s begin. To begin with, Irish citizens are also citizens of the European Union-a glorious union of 28 nations that promotes the free flow of its people within its vast borders.

As an Irish citizen, you’ll have the freedom to live, travel and work anywhere within the EU. Another plus is that, unlike with the US passport, Irish passport holders have no obligation to live in Ireland at all.

Once you have Irish citizenship, you could live anywhere in the world or become a nomad with few or no tax issues.

For example, if you don’t plan on living in Ireland, having EU citizenship will allow you to take advantage of Europe’s zero-tax residency programs. 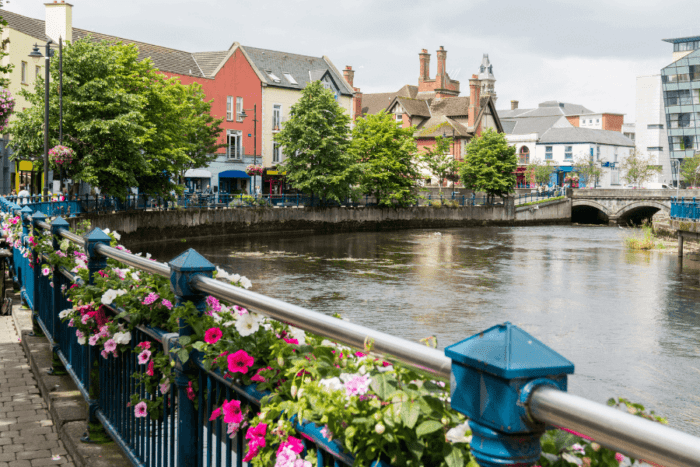 And, of course, the Irish passport is one of the best you can get.

It is ranked as the seventh most powerful passport in the world, offering visa-free access to 175 countries, including the United States and Canada (the most difficult ones), and freedom of movement around Europe.

Own a high-ranking passport 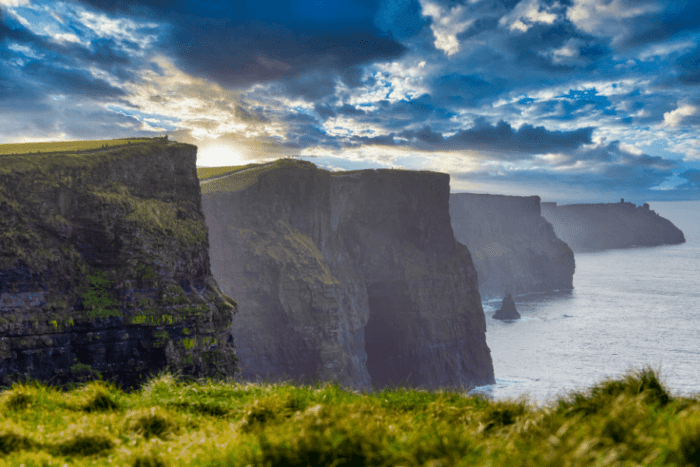 The Irish passport is one of the highest-ranking passports in the world and holds a seventh place. On top of that, it is also an extremely low-risk passport.

The country’s geographic location as an island, alone, reduces the geopolitical risks common in other EU countries.

More importantly, it has the backing of the EU and is one of the friendliest countries around.

Obviously, there are other ways to obtain Irish citizenship beyond ancestral ties.

For instance, you can qualify for citizenship by running a business.

While Ireland is a pretty business-friendly place in general, you would have to live there to qualify.

For a lot of people who aren’t looking to live in Ireland for the next five years, that would be a difficult situation.

That’s why the citizenship by descent option is so attractive.

In the wake of Brexit, the Irish passport is bound to grow in importance as well.

It could afford many UK citizens with Irish ancestry the chance to maintain their status as EU citizens.

But the passport isn’t just a good deal for the British, it is a great opportunity for an EU passport for anyone who qualifies.

Who qualifies for Irish citizenship by descent? 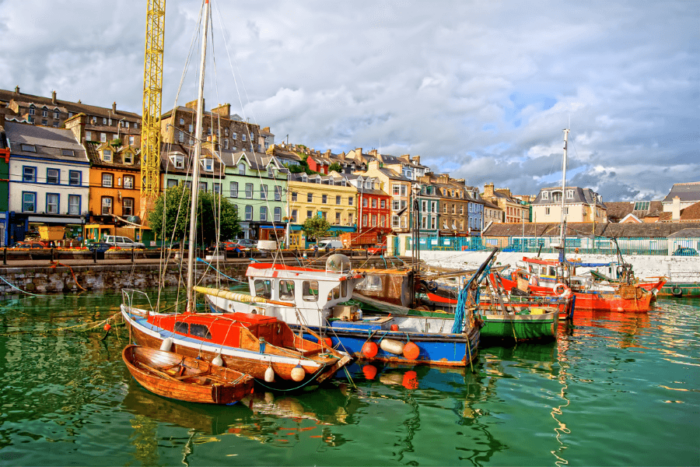 On the whole, Ireland’s citizenship program is straightforward.

In fact, I’d say it’s the only citizenship by descent program that is.

If you look at Italy’s program, the process is clear in terms of the Irish citizenship by descent requirements.

However, there is so much bureaucracy involved that it becomes an intricate, complicated mess. All the other related country programs are tangled in unambiguity and involve loads of paperwork just to check if you pass the requirements for Irish citizenship by descent.

Thankfully, they made things pretty simple in Ireland.

Does Ireland Give Citizenship by Birth? 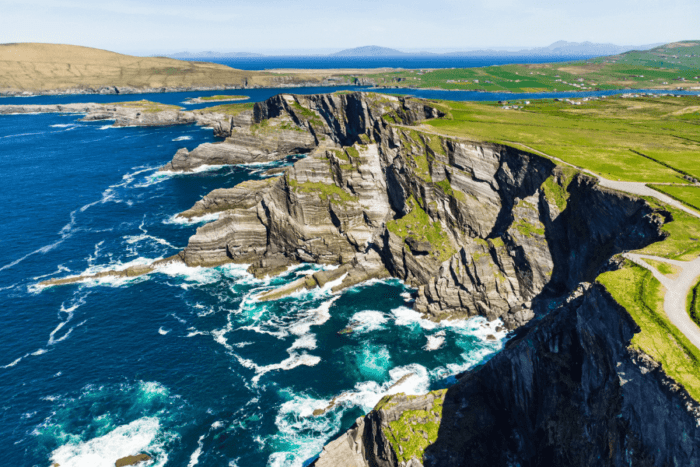 If you fit one of the following categories, you are automatically considered an Irish citizen:

You are also entitled to Irish citizenship (and can gain the status by registering with the Foreign Births Register) if you fit one of the following situations:

In simpler words, if each generation has Irish citizenship, it doesn’t matter that no one has lived in Ireland since their great-grandparents.

It’s also important to note that, if your parent obtained Irish citizenship through marriage, adoption, or naturalization, but was an Irish citizen at the time of your birth, you still qualify for Irish citizenship. The beauty of this nation’s system is that it does not place priority on your parents being married and nor does it matter that the ancestor linking you to Ireland is alive or not at the time you were born.

You already know this- but still important to reiterate- you can’t claim Irish citizenship based on ancestors other than your parents or grandparents, such as cousins or aunts and uncles.

Finally, if you were born in Northern Ireland after January 1, 2005, and one of your parents was an Irish or UK citizen with permission to live in Ireland or Northern Ireland, then you are entitled to Irish citizenship.

How to Claim Irish Citizenship by Descent 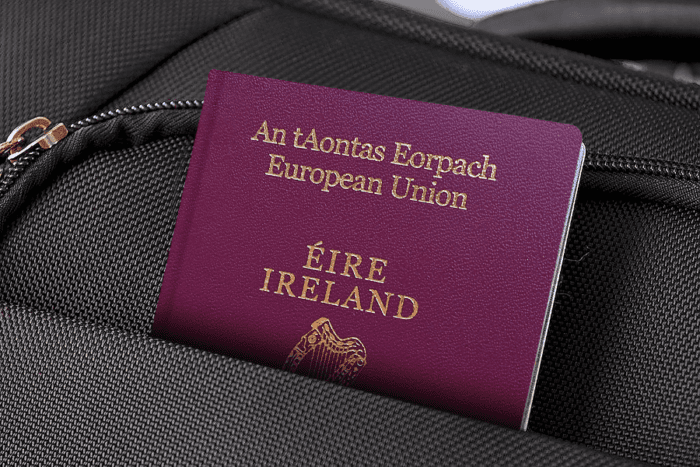 Now it’s a deep ocean of bureaucratic paperwork and there are a few basic steps you should follow.

Keep in mind that we’ve tried to simplify it for you – but it’s a bit more complex than this. 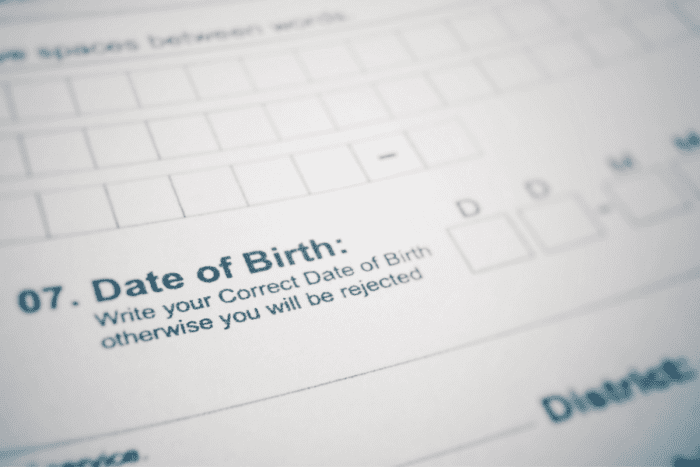 Most importantly, before you can claim Irish citizenship, you must register your birth in the Foreign Births Register.

The guide will walk you through the different birth and marriage certificates you will need, as well as other relevant records that confirm your citizenship.

Step 2: Fill out The Application for Irish Citizenship by Descent 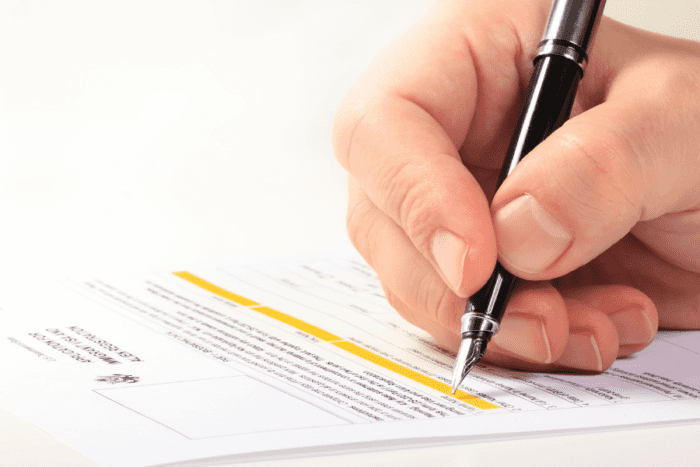 When that is done, fill out the application form online, print it out, and mail it in along with your documents, photos, and fee.

You can find a list of Irish embassies abroad where you can mail your application here. Once your citizenship is granted, you will receive a certificate confirming your foreign birth registration in the Irish Register of Foreign Births.

Your citizenship will be effective from the date of the foreign birth registration and you can then pass down Irish citizenship to the next generation.

How to Get your Irish Passport 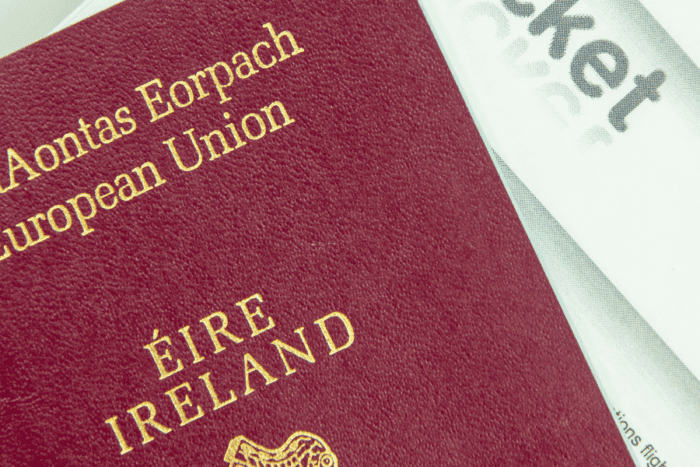 Your citizenship does not automatically come with an Irish passport, although it does qualify you for one.

To obtain your passport, you have to go the extra mile. Good news: you’re about to cross the finish line.

If you are in Ireland, you can apply through Passport Express or go in-person to a Passport Office.

Now, if you reside in any one of the following countries, you can apply via Passport Online.

If you don’t see your country of residence on the above list, then locate the Irish embassy or consulate closest to you and send them all your documents via post.

If you were born abroad to an Irish-born parent, include these documents:

If you obtained citizenship through the foreign birth registration, include these documents:

If you qualify, obtaining Irish citizenship by descent is an amazing opportunity. Anyone with the required capital can go and purchase economic citizenship.

Can I get Irish citizenship if my great-grandparents were Irish?

Yes, in some cases you can get Irish citizenship by descent if you have Irish great-grandparents.

How far back can you claim Irish citizenship?

In some cases, you can claim citizenship by descent in Ireland if you have Irish great-grandparents.

How do you qualify for Irish citizenship?

How much DNA do you need for Irish citizenship?

Taking a DNA kit that you bought online and presenting the answers of said test to your nearest Irish consulate or embassy is not how you prove your eligibility for Irish citizenship by descent.

How do I get an Irish passport by descent from great grandparents?

If you are in Ireland, you can apply through Passport Express or go in person to a Passport Office.

Now, if you reside in any one of the following countries, you can apply via this Passport Online.

Is it hard to get Irish citizenship?

Ireland is also one of the easiest places in the world to get second citizenship by descent. 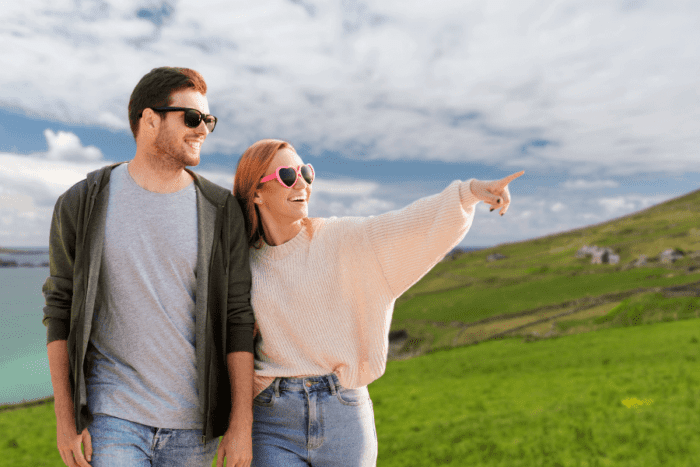 Another fast route is Irish Citizenship by marriage.

If your spouse is from Ireland and you’re willing to live there for a couple of years, you can apply for an Irish passport after three years of marriage or civil relationship.

Unlike some other countries, Ireland does recognize gay marriage, so your sexual orientation won’t hold you back from the Irish passport.

These are costly and time-intensive methodologies available only to those willing to make the commitment.

If you are one of the fortunate who can trace their roots back to Ireland and qualify for citizenship by descent, it’s worth the relatively small amount of time and money required to obtain the Irish passport.

If you’re not of Irish descent, don’t fret. There are a lot more countries offering citizenship by descent and you never know where you qualify.