The 5 most peaceful countries in the world

The Global Peace Index measures the peacefulness of 162 countries by assessing and ranking various attributes such as military expenditure, political instability, and civil liberties. It uncovers loads of interesting stats and facts…some of which are well, rather alarming.

For instance, according to last year’s study, the world is becoming less peaceful and homicide rates are on the rise. Great.

The decline in worldwide peacefulness is attributed to factors such as political instability, military spending, and homicide rates. At the bottom of the list, Afghanistan reigns in the title as the least peaceful country trailing closely behind Somalia, Syria, and Iraq. For those of you snarling at the idea that the USA isn’t last on the list, don’t worry, the Americans didn’t do so hot either.

Seated in between Papua New Guinea and China, the Land of the Free came in as the 100th most peaceful country. Europe was crowned the most peaceful nation, followed by North America (thanks almost entirely to Canada), and Asia-Pacific which has New Zealand for its high ranking. Libya, Sudan and Chad experienced the largest increase in peacefulness in the past year. And the most peaceful nations? Well, they’re cold, they’re small and they’re mostly Nordic.

The 5 Most Peaceful Countries in the World Operating for many years under Swedish control followed by Russian control, the country undoubtedly has a slightly turbulent history. Despite its history and being the last European nation to enforce compulsory enlistment, it is ranked the fifth most peaceful nation in the world. But why, one might ask?

Well the truth is that Finland’s military involvement over the past few years has only been with UN peacekeeping missions. Finland’s peacekeeping troops are 100% volunteer-based and have contributed to operations all over the world including Liberia, India, Pakistan and the Middle-East. They’ve also positioned themselves as mediators in a number of crises, focusing its efforts primarily on education and training.

Although the country’s education ranking has fallen a bit in recent years, it still remains among the top five in the world. The Finnish government is constantly assessing its educational platform, revising and enhancing it every four years to suit the country’s growing needs. This European country sandwiched between France and Austria has epitomized peace for many years. While neighboring countries were all up in arms over the World Wars, Switzerland managed to maintain neutrality while being smack dab in the middle of it all. In fact, the last battle this country has seen was a religious conflict fought in 1847 between the Protestants and Catholics.

Along with its fairly liberal gun laws, Switzerland has one of the lowest crime rates in the world. In terms of number of guns per capita, it ranks fourth in the world falling behind the U.S., Serbia, and Yemen… go figure. But in 2011, the United Nations Office on Drugs and Crime (UNODC) reported only 0.6 homicides per 100,000 population. In the same year, the U.S. reported eight times that many homicides.

The jury is still out on whether or not Switzerland’s peacefulness is directly related to its fairly liberal cannabis usage, but they’re clearly doing something right. It was even dubbed by the Economist Intelligent Unit as the 2013 Best Place to Be Born. Not one of the best, THE best. So if you decide to sell all of your belongings, expatriate to Switzerland, learn 17 languages and ride a bicycle everywhere, no one will judge you. While New Zealand has had its fair share of civil wars and fought beside the UK in both World Wars, its present military involvement is limited. New Zealand actually has a lower military expenditure than Denmark, Finland, and Switzerland. Additionally, New Zealand maintains stellar relations with its neighbors. Australia and New Zealand have been in talks about a cross-border agreement for years. Sure, the plan bears a striking resemblance to the elusive dragons that have yet to do anything of significance in Game of Thrones, but the intent is there!

With breathtaking landscapes, moderate temperatures, friendly people and over 40 million sheep, how could anyone be violent here? 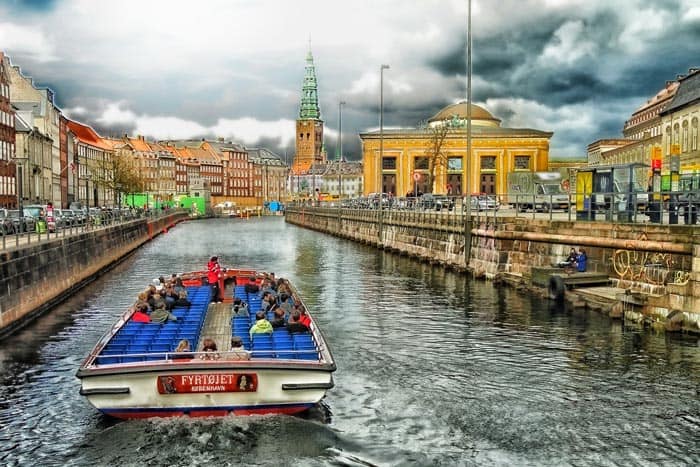 Denmark is the second most peaceful country on earth

The proverbial Ghandi of the world. Even when the capital was occupied by Nazis, these peace-loving hippies basically sat on their hands and said, “Make love, not war.” But let’s talk about the World Happiness Report (yep, that actually exists). According to 2013 World Happiness Report, Denmark was ranked the happiest country in the world.

If your reaction is anything like mine, you’re probably thinking, “Whaaa? Denmark?? What even happens there?” And the answer is not much, which apparently is enough to keep everyone deliriously happy. The report surveys residents on factors such as generosity, social support, personal freedom, perceptions of corruption, and life expectancy. Norway came in as a close second, followed by Switzerland, the Netherlands, and Sweden.

In addition to be the happiest nation on the planet, Denmark is home to the Tivoli Gardens, it’s the largest exporter of wind turbines, and it’s endeavoring to rid its dependency on fossil fuels completely by 2050. Iceland has no military, but does have more peace than any other country

And the winner is… Iceland. You’d think in a country that hardly sees daylight for three months out of the year and then sees it a little too much for another three months out of the year, people would be a bit agitated but Iceland ranks as the most peaceful country in the world. Before your contrary instinct kicks in and tells you that they have one of the highest suicide rates in the world, they don’t.

Iceland also has no standing military. No army, no navy, no air force. And it’s not because they can’t afford one. They’d just rather spend their money on the Iceland Crisis Response Unit (ICRU). The ICRU, a civilian-based unit, is dedicated solely to international peacekeeping missions. And Iceland, being the diplomatic country that is, strives to maintain gender equality among the ICRU by recruiting an equal amount of women and men for an equal amount of time.

After all, when you’re living in paradise, what is there really to be mad about?