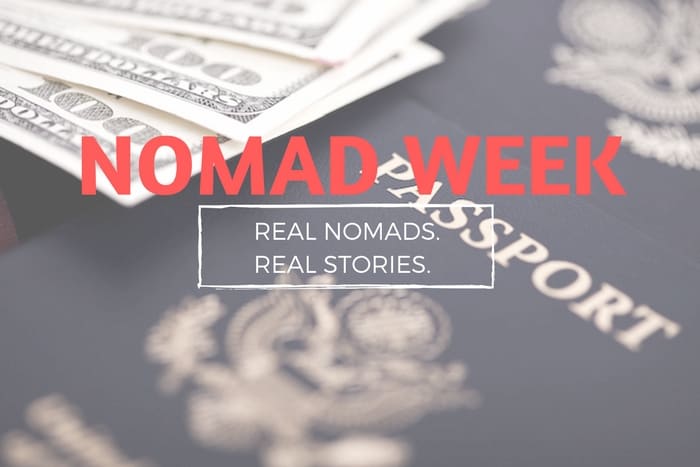 Robert Erich: Do what you love from day one #NomadWeek

Welcome to Nomad Week, a ten part series revealing the adventures, knowledge and travel tips from experienced digital nomads located all across the globe. I recently reached out to some of the best in the industry to get their perspectives on world travel and the digital nomad life. This week we will share their stories with you. Real nomads. Real stories. Find all ten interviews here.

Robert Erich is originally from California. Now he is a digital nomad and perpetual traveler, constantly on the move. Rob is a B2B marketer who helps businesses grow their online visibility and increase sales through engaging, educational, and motivational content.

Where are you living now?
Montezuma, Costa Rica

How long have you been there?
Two months

What’s your favorite thing about the city?
Montezuma is a small town at the tip of the Nicoya Penninsula, completely surrounded by nature. I love being able to spend my morning working, and then jump down to the beach or stumble across monkeys while walking to the waterfall.

What’s your LEAST favorite thing about the city?
Food prices in Costa Rica weren’t as great as I had anticipated. You’re hard-pressed to find a restaurant meal for under $10 and even local foods in the grocery stores aren’t much better priced than in the US.

Is there a little known fact about the city people might find interesting?
Montezuma is completely surrounded by nature. It’s also a great central hub for exploring national parks, surfing, diving/snorkeling, and hiking. You can also experience awesome open mic nights every Monday evening at Cafe Organico!

Where is your favorite place you’ve ever lived and why?
I spent a year teaching in the Marshall Islands and that was definitely one of my favorite experiences — largely because of the great people and awesome connections I made during that year. Finding a way to connect with locals (such as teaching) can really make a place feel like home!

Although the island doesn’t have much to do, the views are amazing! There aren’t many places where you can watch the sun rise AND set over the ocean by walking 1/4 of a mile.

What is your LEAST favorite place you’ve ever lived and why?
So far, I can’t think of one!

What was the EASIEST country you’ve ever visited (i.e. easiest immigration, easiest to open a local bank account, etc)?
Australia. I spent a semester studying here and the entire process was a breeze. Of course, knowing the language and being a student made things relatively easy, but it was definitely a country I would consider relocating to!

Have you ever had any problems in a country? (i.e. immigration issues, getting robbed, etc.)
I was once drugged and mugged in Rome! But I was also 19 and not very smart. Apparently my drink was roofied and I woke up to a guy going through my wallet in the train station. I convinced him to give me my credit card and 5 (of my 10) euros back. But he ran off with my camera and mp3 player. I didn’t lose much, but it was an eye-opening experience!

Because I had already been in the city for a week, I had let me guard down a bit. Something you should NEVER do in a big city. Towns can be great places to relax, but cities are cities — everywhere in the world.

Do you prefer one region of the world over another, and why?
Southeast Asia for the great prices! It’s hard to beat $1.50 meals and $400/month apartments.

Is there anything that would make you settle down and stop traveling as much?
My wife is starting graduate school in Orlando, so we will definitely be limiting our permanent travel for a while (although we will definitely make the most of breaks).

Who has been the most influential person on your travels (someone that encouraged you to start, or someone who has influenced you along the way)?
My grandfather grew up to Christian missionaries in China (before communism) and spent much of his life as a missionary doctor across Asia. Growing up to his stories of adventure, while making a difference in the world, was one of my greatest motivators.

If you were coaching a new nomad, what would you recommend they do to get started?
I would say, know how you plan to support yourself during your travels, and prepare your finances for post-travel. Just because you can live in Thailand for $20/day doesn’t mean you should neglect saving for when/if you return home. I’m actually developing a free blog course right now on how to go from employee to digital nomad in 90 days. It discusses a lot of these ideas in more detail.

What country would you recommend a new nomad go to FIRST?
That’s largely based on your budget, objectives, and past travel experiences. If you’ve grown up as a wealthy American with no travel experience, don’t go straight to the jungles of Peru. Instead, visit somewhere less extreme like Costa Rica, Thailand, or Europe. I would also recommend that you do a few short trips before committing to several months somewhere new. Just so you know that you will actually enjoy the experience.

What is one country that you have not been to but is high on your list, and why?
Cambodia, because it’s supposed to be an amazing country and it’s where my brother is currently working. I would also love to visit Scandinavia because I hear it’s a beautiful area.

What was the most unexpected surprise you ever encountered as a nomad?
Well, after booking a house on Airbnb in Costa Rica for 3 months I discovered that the entire living area was outside! Only the bedrooms and bathrooms are fully enclosed.

While this has still been a fun adventure, it’s not always fun trying to work while battling insects, wind, and rain. So, never make assumptions about an Airbnb listing! And ask the host any possible questions you might have before booking.

What was the biggest mistake you made that other nomads can learn from?
Not going with my gut and making the transition sooner! My initial interest when graduating high school was to become a journalist. However, that was right when the internet was causing magazines and newspapers to shutdown. No one believed writers would ever be able to make a living again. So, I went on to study business and become a financial analyst.

But it’s easier than ever to make a living as a writer! Everyone needs content now. Although you need to be smart about it, the key to succeeding financially is to do what you love from day one. You’ll never get rich (or feel fulfilled) making the “logical” choice. Follow your passions (while still being honest about your finances) and you’ll love your life, inspire others, and make enough.

How do you meet new people while living the nomad lifestyle? Do you ever get lonely?
Now that I’m married I definitely don’t get lonely — but I did in the past. When possible, I would travel with a friend. When that wasn’t possible, I would make an effort to stay at hostels and other locations where people would be around, and then try to pick up conversations.

Most people love talking about themselves, so if you ask a person a question over breakfast, you can usually make a new friend pretty quickly!

You can read more from Rob on his website www.MoneyNomad.com.