Ever since the protests in Hong Kong, I have heard from many viewers and even clients who all have the same question: Is Hong Kong safe? Is it still a safe place to bank or do business?

While the media may paint the situation as very dire, it isn’t as bad as they make it out to be.

To better understand that, all you have to do is watch the Netflix series Narcos.

Mrs. H and I decided to rewatch the show while we were in Colombia, seeing as that is where it takes place. What we saw in the show and what we saw around us were two entirely different things.

What we saw around us was how safe and beautiful the neighborhoods were, how many opportunities there were, and how nice the people were. It was a completely different country from the place portrayed in the show.

Reality gave us a much better world to live in.

And we liked that reality so much that we’re personally going to do a deep dive into investing in Colombia in the near future.

But most people would never even consider going to Colombia, even now, decades after the drug wars have ended. Colombia doesn’t have a narco problem anymore, but it does have an image problem.

The same can be said of Hong Kong.

And if you aren’t careful, believing what you see in the media about Hong Kong could make you decide to pass up an opportunity that could fit perfectly into your offshore strategy.

A Global Perspective in Hong Kong

For years, Hong Kong has been one of the darlings of the world economic scene. But if you go back only a few decades, you’ll discover that this isn’t the first time that Hong Kong has had an image problem.

When the UK announced the future handover of Hong Kong to China, concerns over the change created crisis-level panic throughout the city and among investors.

Those who didn’t give in to the panic and maintained their belief in Hong Kong were able to get some great property deals while everyone else was fleeing the scene.

Now, Hong Kong is the most expensive property market in the world.

So, if you’re looking at banking or doing business in Hong Kong, but you’re worried about the current situation, here’s a closer look at reality:

I’ve spent a decade going to Hong Kong. I have friends and countless business contacts there. I’ve probably gone through 50 different people in the accounting and audit space to find the few that are really solid. And we recently helped a gentleman who runs a very large tech company in Hong Kong.

We have a large network of folks with their ears to the ground in the city.

So, we asked them about the media coverage and their opinion was unanimous: what they see around them is completely different than the stories the media tells people.

That doesn’t mean there isn’t a problem. Things have become a little dicey recently. But things are getting dicey in many different places.

I see protests in the United States, the UK, and political unrest in one form or another all over the world. The fact that there is a protest somewhere doesn’t mean that the country is down on its knees or about to come undone.

It doesn’t mean you can’t still bank there.

If you saw a protest in Washington DC, would you start feeling uncomfortable about keeping your money in the Bank of America? Or any other American bank for that matter?

No. You know that protests don’t always affect you. You’re there. You’re living it. And you can see that there can be descent within a system without it falling apart.

You have to apply the same mindset to the global stage.

That isn’t always an easy thing to do. It can be very difficult for us as human beings to understand how a protest or other event affects the daily business of another country. But from personal experience and from the perspective of our contacts in Hong Kong, the protests and unrest have not affected business and banking.

The question that follows is, should you consider Hong Kong for your corporate banking needs?

Why Bank in Hong Kong? 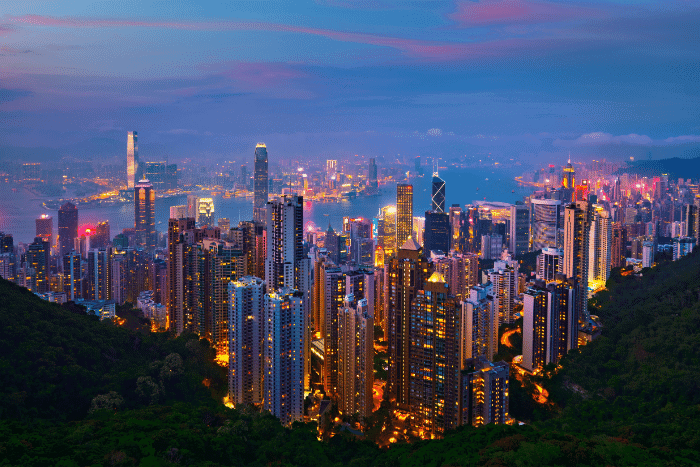 For planting an offshore business flag, Hong Kong is one of the most stable and attractive jurisdictions in the world.

Unlike the island “tax haven” options that you might consider for building out your passport portfolio through economic citizenship, Hong Kong is a strong financial center.

No other bank is going to question the legitimacy of your Hong Kong business.

Instead of trying to set your business up in a less-reputable jurisdiction and spending your waking hours trying to string together a workable plan, basing your business structure in Hong Kong will start you off in a strong position.

As far as taxes are concerned, Hong Kong uses a territorial tax system. This means that only companies that operate in or have customers in Hong Kong have to keep up with paying taxes there.

If you structure things properly, you could create a situation where you’re paying very little in taxes on your business.

The knowledge-focused economy of Hong Kong means that there is a large amount of potential for growth in the coming years. Entrepreneurs looking to get started will find Hong Kong to be an easy place to found start-ups.

If you plan on doing business in Hong Kong, it can be a great place for corporations focused on finance or investment. The economy there is especially geared towards these areas in an effort to eventually compete with New York.

Is Singapore a Better Option?

The question that sometimes comes up when we talk about using Hong Kong to incorporate your offshore company is how it compares to Singapore.

If you’re trying to pick between the two, there isn’t going to be a definitive answer. It’s going to depend entirely on what you’re looking for. Both jurisdictions do certain things better than the other.

Startup investors in Singapore find a more transparent corporate and legal environment that is easier to navigate because English is used as a first language. Hong Kong has connections with financial markets in mainland China, as well as a more widespread, historical presence of multinational banks and other institutions.

If you go on through the list, it gets to be fairly long. But if you’re interested in comparing the two jurisdictions, we’ve done that for you here.

Whether or not you decide to bank in Hong Kong is going to be based on your personal situation.  There aren’t many easy answers in the offshore world. Creating a lifestyle that reduces your tax burden, helps grow your wealth, and allows you to go where you’re treated best is a complicated endeavor.

But the benefit of navigating all these complexities is that you can live the lifestyle you want and keep more of your money. 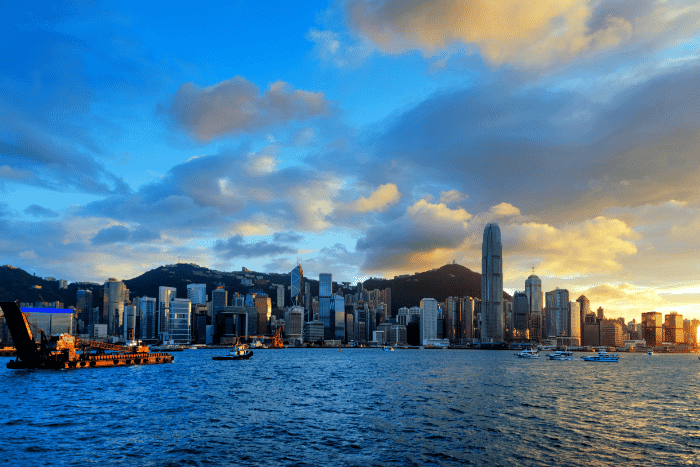 The important thing to keep in mind when going to Hong Kong now is to keep a fair mindset. The people I know there aren’t being affected. They still believe in the country. They’re not asking, “Is Hong Kong safe?” They know it is.

But more importantly, understand that you do not have to physically be in a place to plant a flag there. That is the point of Flag Theory. You can separate where you live from where you bank and where you do business.

Having a company, bank account, or investments in Hong Kong doesn’t mean that you have to go there. Obviously, the value of your investments could go down, but let’s just say you run a location-independent business through a Hong Kong company. How is that going to affect your customers?

If you’re selling stuff through e-commerce to the US, UK, Europe, or Australia it won’t really affect them at all. Your Hong Kong corporation will basically just be a plate on the door.

It’s the same principle that applies to people looking at getting a citizenship of convenience. Some people only need a second passport to help them with their financial planning or give them a plan B. They don’t have to live in their new country of citizenship to get those benefits.

The passport is a tool of convenience and diversification, not a mandate that they must live somewhere.

If you’re looking to live the Nomad Capitalist lifestyle, it does involve spending some time outside of your home country. But if you have a company or bank account in Hong Kong, it doesn’t mean you have to live there.

You don’t have to spend your every day working around the protests.

What’s most important is that Hong Kong is still respected throughout the world as a business and banking jurisdiction.

And when I talk to bankers in different places around the world, no one is asking me about the protests or wondering if Hong Kong’s safe. They’re asking me how my business is going and what I’m planning on doing in the next year.

So, keep these things in mind. Treat all countries equally and with the same mindset. Realize that while things are getting dicey in many places, that doesn’t mean that every single part of a country is falling apart.

Understand that not every part of your Nomad Capitalist plan involves your physical presence.

The operations of a bank or a company probably aren’t going to grind to a halt because of a protest, unless those protests go on for the next decade. The situation in Hong Kong is going to have to get dramatically worse before the rest of the world gets nervous about dealing with the jurisdiction.

In reality, Hong Kong could the best opportunity for you to move your offshore strategy forward. It isn’t for everyone, but if you can safely determine through a series of diagnostics that it is your best option, there’s no reason to feel uncomfortable about it.