While in Laos several years ago, a contact of mine there informed me of the socialist government’s tendency to get involved in certain investments within the country. For instance, despite a ban on de-foresting, insiders had been able to bulldoze large parts of Lao forest to supply the Chinese with logs for dams and other projects.

However, on the heels of plummeting coffee prices that were crushing Lao farmers, political pressure was building against the increasing Chinese takeover of plantations up north that had lowered rubber prices by 50%. In response, the Laos government halted new foreign investment in areas like rubber plantations.

The political backlash that can come when taking profits in an emerging market is just one reason why it often makes sense to have a foreign business partner when doing business overseas.

China – with the world’s largest population, an increasingly relevant economy, and the power to have a make-or-break impact on economies like that of Laos – can get away with quite a bit in many countries. In Laos, for example, the Chinese are footing the bill to build a railroad from the China-Laos border in order to have access to the Gulf of Thailand.

Laos doesn’t want to screw that up.

The Chinese may be able to call their own shots on foreign soil; however, folks like you and me cannot. That’s why it’s beneficial to have a foreign business partner who is from the country in which you are doing business.

Why You Need a Foreign Business Partner

In fact, there are a number of reasons to have a foreign business partner when doing business overseas.

Selling to global markets has become one of the most disruptive and innovative business trends of the 21st century. Roughly 70% of the world’s purchasing power is outside the United States. Having strategic partnerships in these countries gives you greater access to and understanding of these markets.

A foreign partner can also help you learn to compete against companies in your area, connect with local employees and customers, and navigate the politics of business in their country. If you can find a partner willing to act as a foreign distributor for your product, you’ll be able to simplify the process, selling them your products and then letting the local distributor worry about reselling at a profit. They’ll be able to offer their customers the service they expect and you will have access to an entirely new market.

Another overlooked benefit of having a foreign business partner is that they can help you breach the language gap that often exists when doing business overseas. A local partner can also reduce the chances that you or your business are viewed as “the outsider” and increase your understanding of the culture.

While I work to give you actionable, culture-specific information about living and doing business in various countries, there’s no substitute for someone who has lifelong, on-the-ground knowledge in the market you are entering.

Even Fortune 500 companies began to dispatch with hiring expats – with their pricey expat packages and relocation costs – to go to China. Instead, they are now hiring overseas Chinese willing to repatriate.

As markets open up, western workers are far less useful than educated locals who understand the market.

One look at some of the blunders made by outsiders who didn’t understand the local culture, such as Nabisco’s botching of Oreo sales in the Chinese market, and you’ll understand why having a foreign business partner for your overseas business deals can be so important.

While McDonald’s franchise policy precludes it from political entanglements, it was no surprise when the company they chose to run their entire franchise network in Vietnam was headed by the prime minister’s son-in-law. Knowing the ins and outs of a country pays.

Finally, one of the most convincing reasons to have a foreign business partner is – plain and simple – because some countries require it upfront. Many countries demand some form of local representation in any business that is set up in their country.

The requirement varies from country to country, from residency programs that stipulate that a certain number of locals must be employed in your business to requirements that locals have positions as members of the board, as tax representatives, or even as resident directors.

The justification for such a request is more than to have a point of contact or to increase local employment levels. For many countries, requiring a resident director for every foreign company allows the government greater recourse if a business does something wrong.

The company has more skin in the game, so to speak because at least one of the partners understands the government with which they are dealing.

That is precisely why it is so important to select the right partner for the job.

How to Find the Right Overseas Business Partner

There is a small selection of agencies out there that offer their services in finding you a local business partner in your country of interest. Law firms and even government agencies will select a group of potential partners for you and then organize introductions and teleconferences.

I personally prefer to go to the countries myself and find the best offshore providers and potential business partners available. No one knows what your business needs better than you. Whether you choose to pick from a group of people someone else has selected for you or you find someone on your own, there are a few essential factors you should take into consideration.

First, you want to find a professional with a good understanding of local business laws. This will not be an empty partnership where you simply place someone in the position and then ask them to do nothing. They will be your partner. You will want someone qualified for the position, and you will need to give them the freedom and information they will need to fulfill their role within the business as dictated by the law.

Once you have found several contenders, do your due diligence. Check their experience and past joint ventures, verify that previous collaborators were happy, search databases such as the Thomson Reuters World-Check, and investigate possible past lawsuits.

From there, narrow it down and choose at least two contenders that you can test out simultaneously. Preferably, meet them in person. Expect timely turnarounds to requests for services and informed responses to your inquiries. Communication should be open and easy from the start. If there’s a problem during the testing period, it won’t go away once you make your final decision.

Also, take into consideration the individual’s language capabilities – in both your language and the local language – as well as their knowledge of the local culture.

Beyond that, recognize the needs of your company and the responsibilities you will hand over to your new partner. Assess whether or not they are qualified to take care of them. Once you make a decision, be willing to let go of the reigns and let the individual you selected be a full partner in your business.

Countries That Require a Local Director 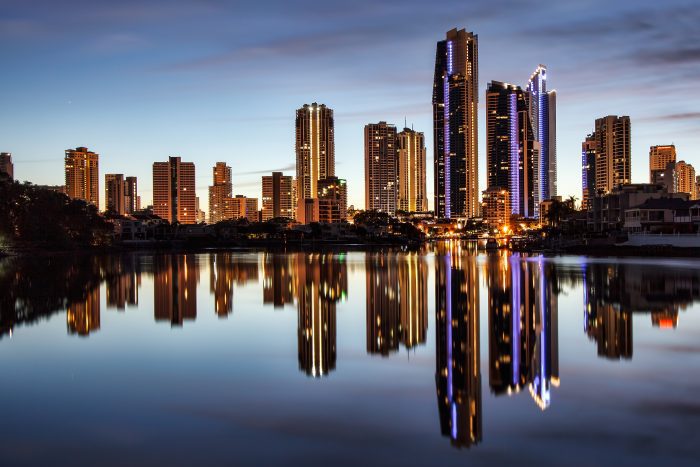 While I’m usually advising folks to leave Australia to save on taxes, if for some reason Australia is the answer for your business, you will need at least one director who is a resident of Australia. However, this is only for subsidiary companies. If the business is set up as a branch office, then there is no need to appoint a local director. 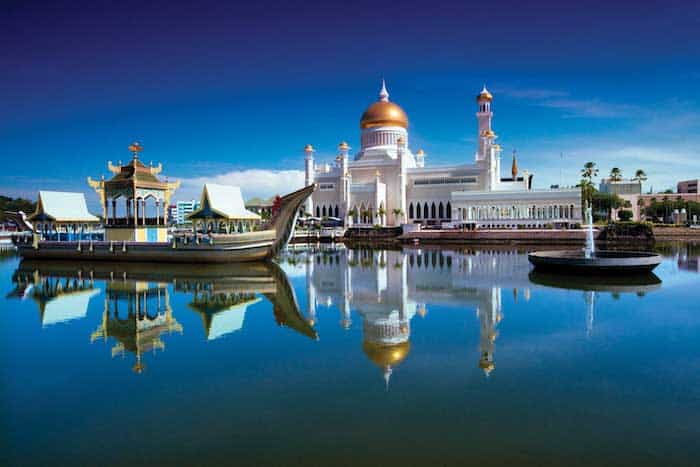 If you set up a public company in Brunei, at least half of the company’s directors must be nationals of Brunei. Shareholders, however, do not need to be citizens or residents. 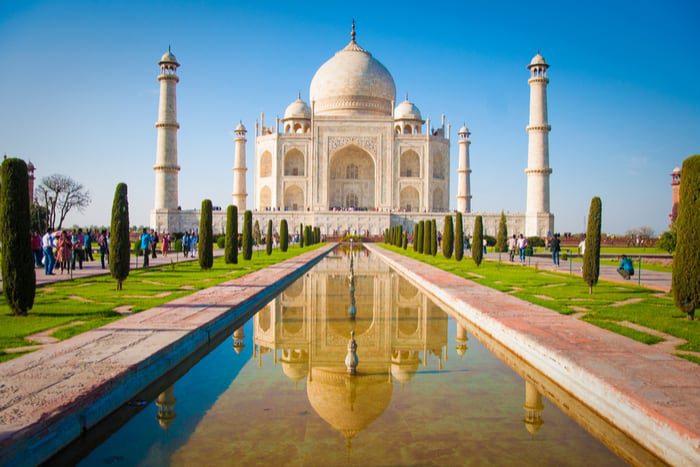 For any company set up by a foreigner in India, at least one of the directors must be a resident of India. 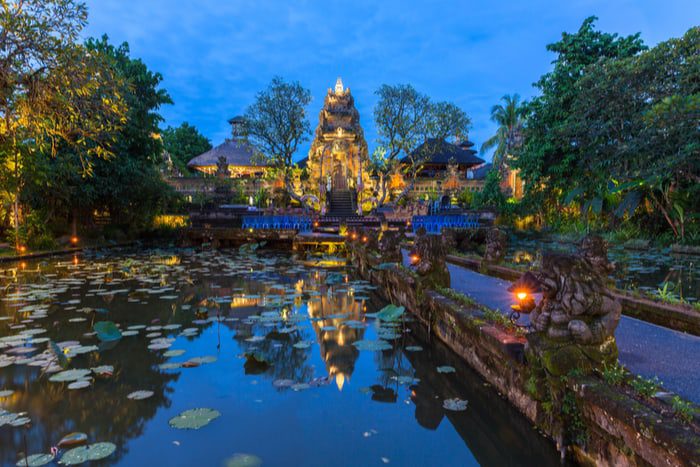 Many sectors in Indonesia are closed to foreign investment. However, some sectors are only partially closed in the sense that they allow foreign businesses as long as a local partner has a certain percentage of ownership in the business. 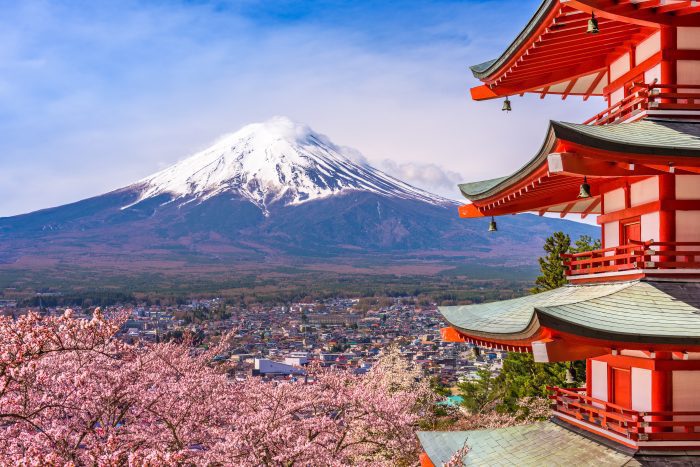 Any company set up by a foreigner in Japan requires a resident director, whether it is an LLC, a branch office, LLP, or other legal business entity. 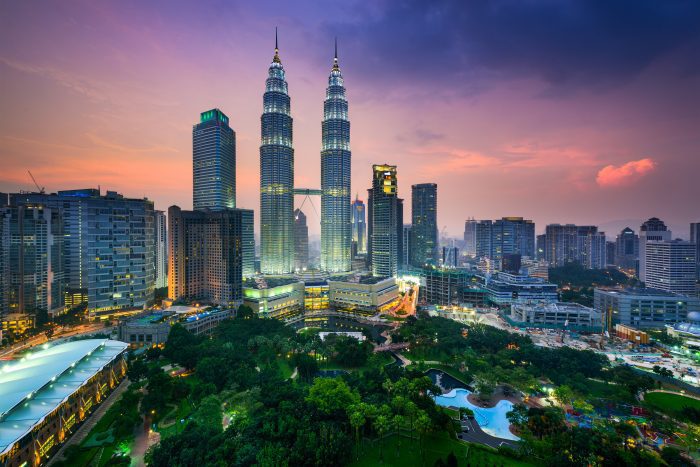 While I enjoy living in Malaysia ( so much that I made Kuala Lumpur my Asian base), I don’t see Malaysia as a great place to do business. However, if you decide to incorporate your business there, you will need a minimum of two directors and two shareholders for your company. And at least two directors must be residents of Malaysia. 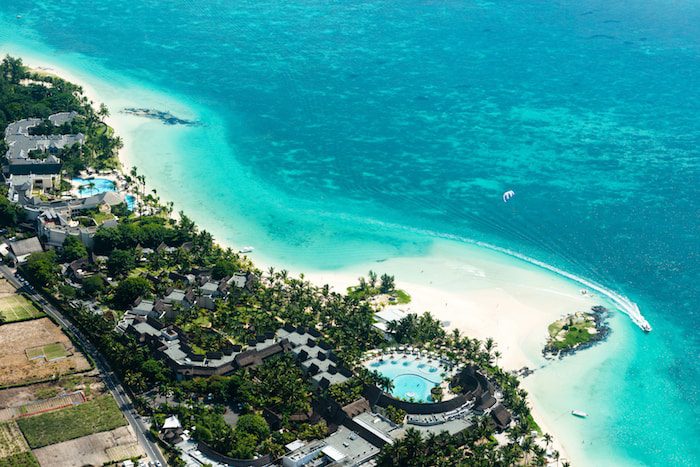 We recently discussed the various tax setups to reduce tax as an offshore company in Mauritius. Not all programs require local directors, but if you choose to go with a GBC1 company (which offers the most tax benefits), you will need at least two resident directors who have been approved by the Financial Services Commission of Mauritius. GCB2 companies do not have to meet this requirement. 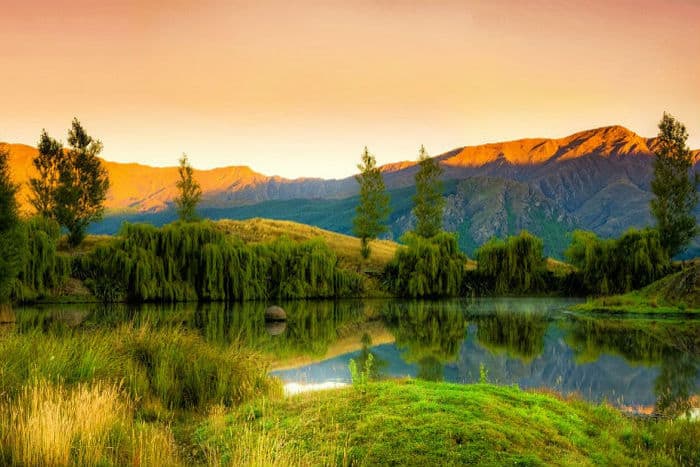 All companies registered in New Zealand must have at least one resident director. There is one exception to this rule: You can opt to appoint a director who lives in an “enforcement country”, which is a country that has a reciprocal enforcement arrangement with New Zealand. 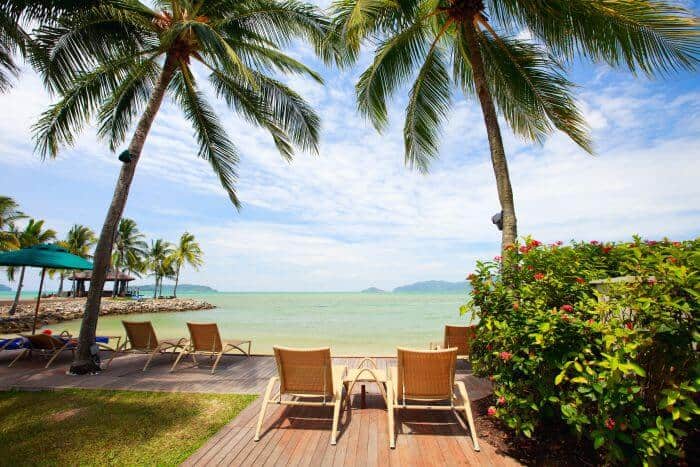 While there are many ways to start and run a business in the Philippines without a local partner, if you want to open a retail store or restaurant, you’ll need to find at least three legitimate Filipino partners to own 60% of the business. 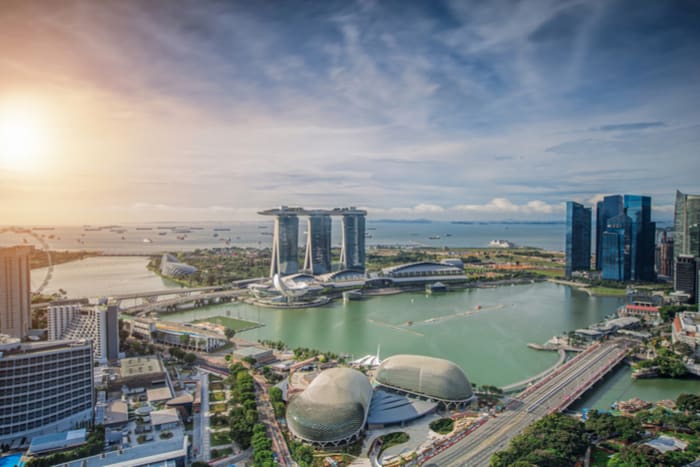 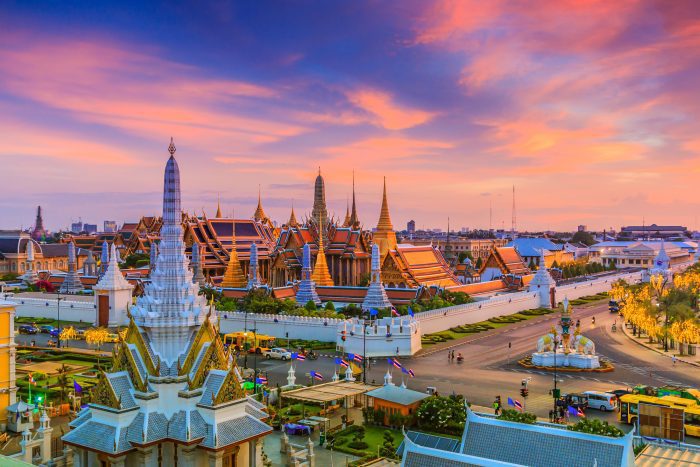 While there are some laws demanding that directors of specific companies be Thai nationals, thanks to the Amity Treaty, Americans can own 100% of a Thai corporation without needing a local director. Non-US citizens will still be subject to foreign ownership requirements set forth by the Alien Business Law of 1972. 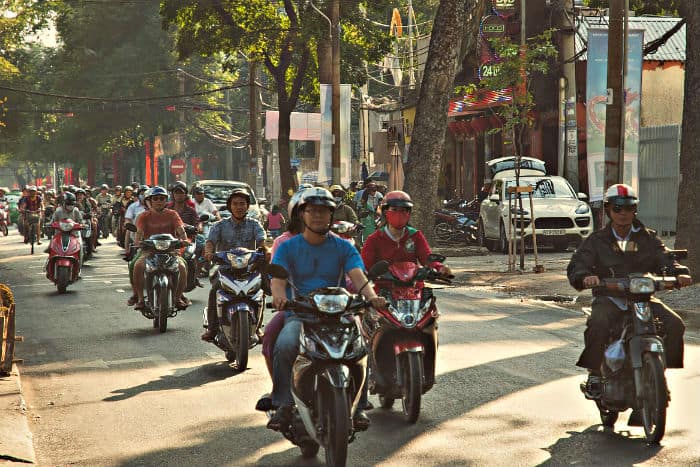 Vietnam requires that foreigners hire a resident legal representative that also serves as a general director or as the Chairman of the Member’s Council or Management Board. This applies to all foreign-owned companies incorporated in the country. The legal representative can be a foreigner, but they must reside in Vietnam. 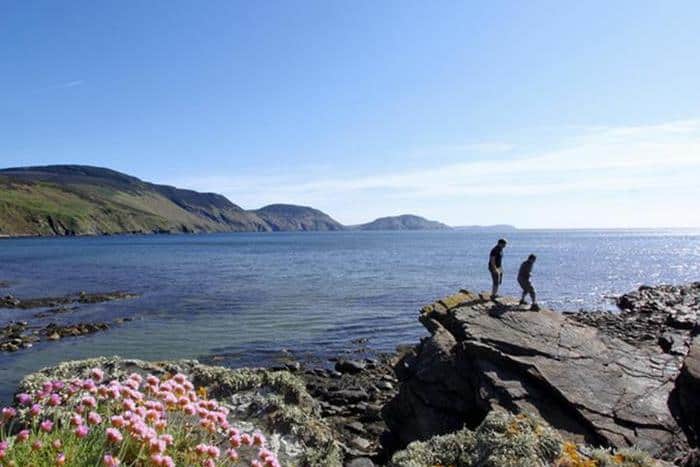 Appointing resident directors for a company incorporated in Jersey or Isle of Man will allow the company to be 100% tax exempt. However, this only applies if the company is not involved in the financial, oil and gas, or provision of utility industries.