Taxes in Switzerland for High-Net-Worth Individuals

If you’re a high-net-worth individual looking to lower your taxes while living in a beautiful European country, Switzerland may be a great option for you.

Some may see Switzerland as a bit boring and past its prime as the world’s go-to economic haven, but it is striving to establish itself as a leader in cryptocurrency with pro-crypto policies, maintaining its reputation as a low tax country that protects intellectual property rights, all while still offering top-notch banking services — though not in the spy movie ways of old. It is one of the least corrupt countries in the world, and that is saying something.

In Switzerland, you can enjoy an excellent quality of life in one of the most peaceful countries in the world and benefit from their low-tax offer for the wealthy. In this article, we will look at the Swiss tax system, the lump-sum tax incentive for high-net-worth individuals, as well as the inheritance and gift tax laws.

An Overview of Switzerland’s Tax System

Switzerland has divided its tax system into three levels: federal, canton, and municipal. The federal level is a progressive marginal tax system. In the highest income bracket, you’ll be taxed at 11.5% on anything over €755,200.

As a resident or citizen, you are taxed on your worldwide income, though any foreign-sourced income will only be taxed after deducting the foreign withholding taxes.

Next, Switzerland is divided into 26 distinct and independent cantons where each has its own tax system. Usually, the canton and municipal tax rates are calculated together.

If you are considering moving to Switzerland, be sure to look into the taxes of the specific canton in which you are interested in living as each canton varies widely on the rates and things they tax.

Popular cantons like Basel-Landschaft, Bern, Geneva, Vaud, and Zurich have higher income tax rates of around 30%.

At most, a high net worth individual living in the canton with one of the highest income tax rates would be paying a staggering 40% on their income.

This would be the highest percentage paid, but again, it is very possible to pay much less depending on where you live.

Some of the cantons with lower tax rates include Appenzell Innerrhoden, Nidwalden, Obwalden, Schwyz, Uri, and Zug with rates ranging between 11 and 17%. 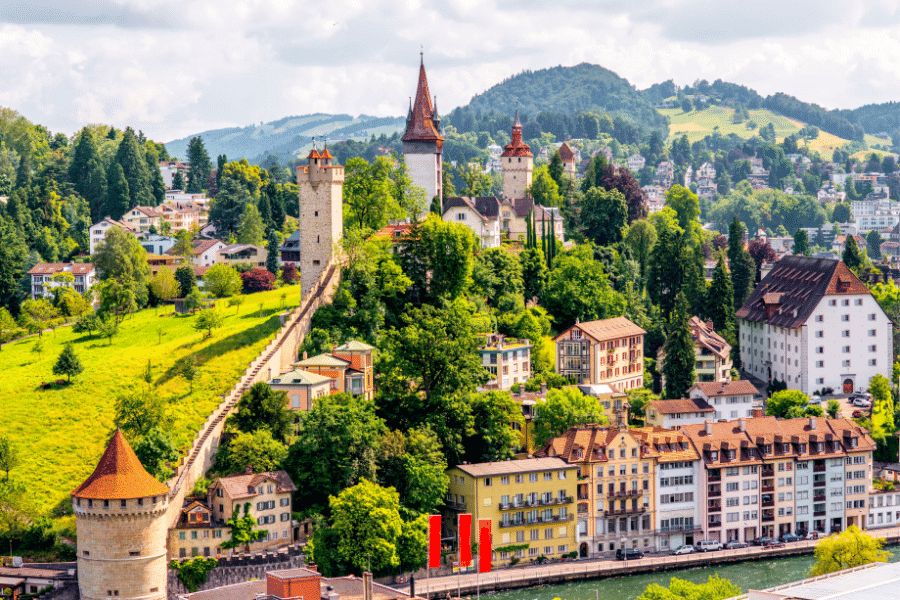 For high-net-worth individuals, paying some level of taxes in Switzerland may be worth the tradeoff to live in such a beautiful, well-developed country in the heart of Europe.

Switzerland also offers a fiscal deal permit to wealthy people seeking to live in Switzerland, but not desiring to work in the country.

This could be a retiree or someone who makes their money from foreign sources with no ties to Switzerland.

This is an attractive option to wealthy individuals because it then qualifies them for Switzerland’s lump-sum tax regime where they’ll pay one flat amount for taxes and it doesn’t tax their foreign income.

Most Swiss cantons offer the program, except the German-speaking cantons of Zurich, Appenzell-Ausserrhoden, Schaffhausen, Basel-Stadt, and Basel-Landschaft where it was removed for being unpopular.

Under this regime, a foreigner who is living but not working in Switzerland is taxed based on their expenditures and standard of living rather than their worldwide income and assets. Married couples can apply together as long as both are foreigners and neither engage in gainful employment in Switzerland.

The process involves disclosing all your assets to Swiss authorities; this data is confidential in keeping with Swiss privacy laws. They will then determine what your annual cost of living should be – known as your “annual rent expense” – and will generally apply a 7X multiple to that and include it in the equation that will determine your taxable income.

Other factors that determine your taxable income amount are your age, family situation, and your worldwide assets.

Once everything has been reviewed and negotiated, this determined amount then becomes your taxable income and the normal Swiss income tax rates apply.

The cantons do have considerable authority to either increase or decrease your taxable income amount and generally review your case every three to five years.

The benefit of the lump-sum tax is not that you’ll have special tax rates, but that your taxable amount will be much lower than your actual worldwide income and assets.

The minimum level of taxable income is CHF 400,000 on the federal level and each canton will apply its own minimum levels as well. Some cantons also apply a wealth tax, though the percentages are generally quite low. Again, it’s important to be aware of how much and on what each canton taxes its residents.

Is Switzerland an Attractive Offshore Haven?

When considering Switzerland’s lump-sum tax offer for wealthy expats, do not forget about the other taxes that will be applied to you in Switzerland. For instance, capital gains from certain Swiss assets like real estate are also levied in addition to your lump-sum taxation.

Switzerland also has inheritance and gift taxes. They are not part of the federal tax system but are administered at the cantonal level. Most cantons don’t apply the inheritance tax between spouses or between parents and children and only apply low rates to descendants, but the rates are often very high when gifts and inheritances are passed down to unrelated persons.

The bottom line? Be aware of the specific rules of the canton you’re looking into.

The cost of living is quite high in Switzerland, but for many high-net-worth individuals, the lump-sum option could save you thousands in taxes each year, while offering a great quality of life in one of the world’s most beautiful countries.

It is important to note that this option is only available to foreigners. A person seeking to become a Swiss citizen will lose the lump-sum tax eligibility once citizenship is granted.

So, with all that said, do we still like Switzerland as an offshore option?

Is Switzerland a worthwhile tax haven?

The simple answer is, “yes.”

While it has lost some of my favor with a newly introduced minimum-wage policy (which is almost always synonymous with some measure of economic decline), Switzerland is still one of the most long-standing, stable offshore economies world-wide.

And even though the “Swiss bank account” of financial yore may have you thinking that Swiss banking is rife with antiquated, stuffy bankers in suits, the financial sector has managed to either keep up with times or, in some cases, lead the pack.

Cryptocurrencies are increasingly in the news but Switzerland adopted pro-crypto regulations long before almost any other country. The low-tax canton of Zug has already been dubbed “Crypto Valley” and the country as a whole is aiming to earn the title of “Crypto Nation.”

If that isn’t convincing enough, the Swiss passport is one of the highest-ranked in the world, coming in fourth in our Passport Index for 2021.

So, while there are other countries with lump-sum tax options for high-net-worth individuals looking to lower their taxes, Switzerland does offer a straightforward alternative, the opportunity to live in one of Europe’s most picturesque locales, a stable economy, and the ability to travel on one of the world’s strongest passports. 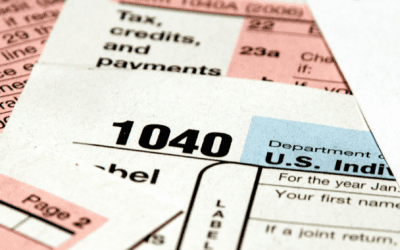 New US Tax Deadline Extensions for 2021

It’s been a complicated year.  Most of us have had huge disruptions in our lives.  To ease... 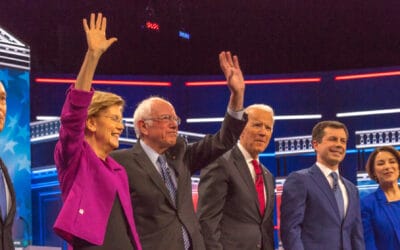 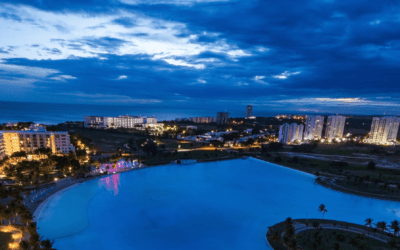