How to Obtain Croatian Citizenship By Descent

Did you just attend a family wedding where your long-forgotten aunt told you about your Croatian roots?

Have you always known that your great-grandfather hails from this beautiful country?

Or perhaps you’re here to find out whether you have what it takes to get Croatian citizenship by descent?

You’re in the right place.

For a long while, we’ve been fascinated with this Adriatic country, the real estate investment opportunities that it provides, and the unparalleled lifestyle that one can have there.

Sure, Croatia is known for its byzantine bureaucracy, much like Italy. But if you can bear the process, then Croatia’s citizenship by descent could be the cheapest ticket to European citizenship that you’ll ever find.

You read that right: Croatia offers a citizenship by descent program to people with Croatian ancestors.

If you have Croatian blood (and can prove it), you can technically get its citizenship.

We say technically because citizenship by descent is never as easy as it might first seem. It’s dragged out timewise, but it can also get pretty frustrating paperwork-wise.

The burden of proof of the bloodline falls on you, so you must be prepared to dig around some pretty ancient archives to get your Croatian citizenship.

Or, of course, you can pay someone else to do it for you.

Luckily, we’ve launched an all-inclusive citizenship by descent service where we’ll take care of everything, from proving your eligibility, to actually going through the application process.

All you will have to do is pick up your passport and enjoy a poolside cocktail in this sun-drenched country.

In the world of investment immigration, the sums that are needed to gain citizenship in the various countries that offer such programs reach into the millions.

Not everyone can splash that kind of cash.

Cue citizenship by descent – a cheap, albeit slow, way to get your citizenship in a desirable country that’s usually in Europe.

Seeing how convoluted the 20th century was in Europe, many of its citizens were exiled, persecuted, forced to flee on the basis of their political beliefs, religion, and whatnot.

It was a mess that many European countries are now trying to rectify by allowing their long-lost citizens to come back and claim citizenship.

So, if you have a bloodline that you can trace to a country that offers citizenship by descent, you could be in luck.

For a couple of hundred bucks, you could become an EU citizen and forget all about the visa restrictions when it comes to traveling to this continent.

It’s a great deal and an even better opportunity to open up many additional avenues for not just investing but also lifestyle design and tax planning. 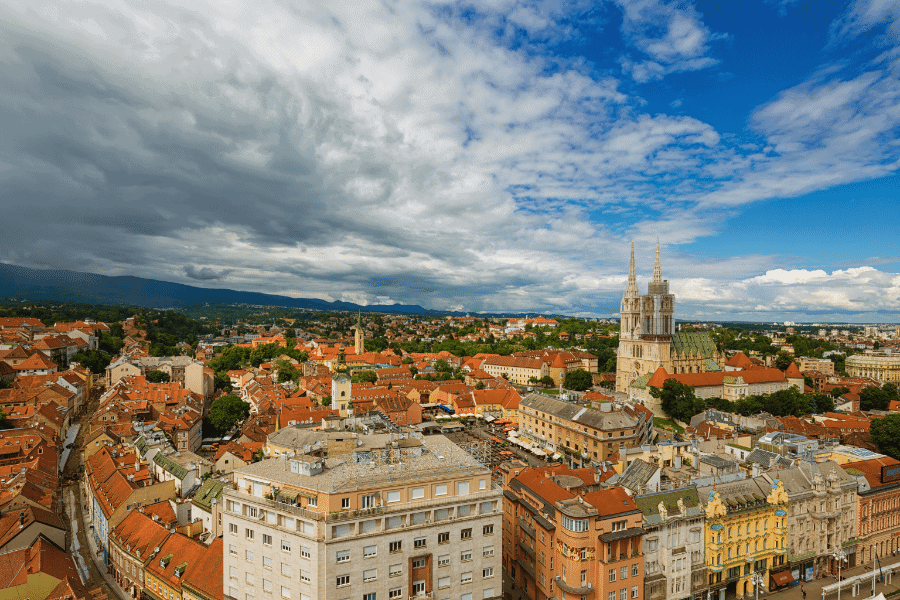 One unique feature of Croatian citizenship by descent is that your spouse can obtain citizenship along with you, regardless of their ancestry.

Citizenship in Croatia is mostly governed by the principle of jus sanguinis (right of blood), which means that it’s the citizenship of the people you’re born to that determines what your own citizenship will be.

In a nutshell, despite the place of birth, if one of the parents is Croatian, the child will also receive Croatian citizenship.

You cannot go back further than that in your family tree, unfortunately.

Still, that’s pretty generous, as other countries will only allow you to go back two or even one generation.

However, chances are that you wouldn’t be able to establish a paper trail if you went further than your great-grandparents – records simply weren’t being kept that well back then.

What’s really remarkable about the Croatian citizenship by descent program is that it also gives out citizenship to spouses.

In other words, you can marry into Croatian heritage via your wife or husband. For example, if you discover you have Croatian roots and pursue the citizenship by investment, your spouse will also be eligible to apply with you.

He/she could have absolutely no relation to the country of Croatia but still end up with a Croatian passport – how handy is that?

Well, when it comes to citizenship by descent, the hardest thing you’ll have to do is prove that you are eligible.

The burden of proof falls on you too, so if you just saw a vision of yourself hunched over piles of yellowed documents in a dusty government archive, it actually isn’t far from the truth.

Nomad Capitalist’s founder Andrew Henderson found himself doing just that when he wanted to uncover documents that would make him eligible to apply for Lithuanian citizenship.

Of course, you’ll skip all that if you opt for someone to help you with it, but you should still be aware of the general terms of eligibility.

It’s important because you’ll be able to gauge whether you might be eligible to apply for Croatian citizenship by descent in the first place.

In other words, if you think you might be eligible and pay someone to help you apply, you might just be wasting your time and money if you really aren’t eligible.

So, are you a Croatian immigrant yourself or a descendant of one, to the third degree of kinship in a straight line?

Then you will be eligible to apply.

Unlike in other countries that offer citizenship by descent, people applying for Croatian citizenship can apply directly through the ‘relevant’ Croatian ancestor and the ancestors in-between don’t need to obtain citizenship first.

For example, if you had a great-grandmother who was Croatian, but your grandmother and mother weren’t, they won’t need to obtain citizenship before you.

You can skip generations when it comes to reclaiming your Croatian citizenship, which is something that not all countries are happy to do.

We think it’s great. There is no need to create artificial barriers to obtaining citizenship by heritage.

Your mother might not want anything to do with Croatia, whereas your own financial and personal plans might differ radically.

But back to the eligibility criteria, there are exceptions that you should be aware of:

Once you’ve determined that you are eligible to apply, we’ve got some good news and some bad news.

The good news is that the application costs very little. And the bad news?

It can take years to process, but it’s easy to see why. When you pay a hundred bucks to apply for citizenship, no bureaucrat – especially not a Croatian one – will bend over backward to process your request.

So, into the queue your application will go, and you’ll get to play the waiting game.

You can expect the process to take at least two years.

You’ll be expected to apply for Croatian citizenship by descent in the country of Croatia if you have a temporary or a permanent residence there.

Meanwhile, if you live abroad, you will need to locate your nearest diplomatic mission, consulate, or embassy and apply there instead.

It’s worthwhile noting that the entire process will be much faster if you apply in Croatia than abroad, but we do understand it’s not an option for many.

Here are the documents that you will need to bring in (you must go in person):

Needless to say, in a country that’s as into its bureaucracy as is Croatia with one of the highest numbers of public sector employees per capita, all of your paperwork must meet the following criteria:

Finally, note that as of January 1, 2020, you are no longer required to take the language and culture test to receive Croatian citizenship, although you might still see this information floating around.

It used to be a requirement for all of the applicants claiming citizenship, even those applying based on their ancestry. Needless to say, many people were put off, because they might not have spoken a word of Croatian, not to mention knowing its customs.

If you were one of those people, you are eligible to apply for Croatian citizenship much more easily now – worth giving it a shot.

The Pros and Cons of Croatian Citizenship 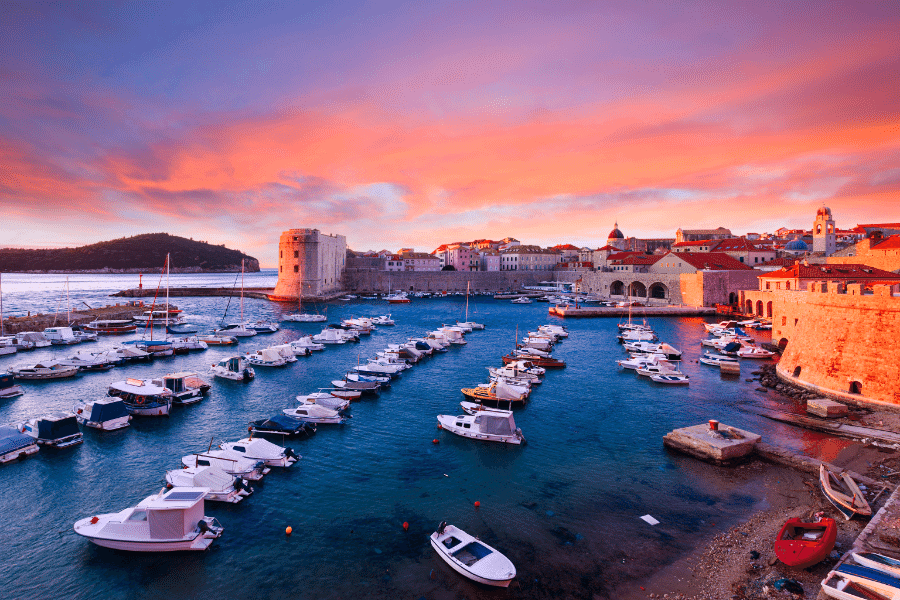 We really can’t think of a reason why you shouldn’t take the Croatian passport, especially if you qualify to get it for free.

As with everything in life, there are good things and there are bad things that come with Croatian citizenship.

First of all, the great news is that new Croatian citizens by descent don’t have to renounce their existing citizenship.

While citizens by birth – regular people living in Croatia – can’t hold two nationalities, people who applied for citizenship by descent are exempt.

That’s a really big pro because, in many other European countries, you would have to give up your primary citizenship just to get the new one, and that wouldn’t always make sense for many Nomad Capitalists.

Another great pro is that Croatia is part of the European Union and having its passport would give you full EU rights to live, work, travel, and study anywhere in the Union.

That said, it’s not part of the Schengen free-movement zone just yet, although that’s imminent now.

What that means is that you’ll be expected to queue up at Schengen borders and present your travel documents – a minor nuisance.

Finally, Croatian citizenship means that you’d have that many more options in both your personal life as well as in your financial one.

You’d be able to freely purchase land in the EU, invest in its real estate, and so on. And that’s not to mention the uncapped time you can spend in Croatia itself, soaking up all that it has to offer.

So, are there any downsides to Croatian citizenship? At the moment, we wouldn’t say so.

When taking on second citizenship, you should always evaluate how likely the economic situation is to change to make taxation of non-residents necessary.

And then, you should consider how easy it would be to renounce citizenship were it to become a burden.

We’re not concerned with Croatia at the moment; it’s a great place to spend part of your year and its passport makes the entire continent of Europe your playground.

Is Croatian Citizenship by Descent Worth Your While?

So, thanks to your great-grandparent, grandparent, or parent, Croatian citizenship by descent might be on the table for you.

It’s definitely an excellent citizenship to hold as it comes with a valuable travel document that will give you access to 169 countries visa-free.

The process of claiming this citizenship by way of ancestry might be long and arduous, but it sure is rewarding.

If you don’t want to get involved in it all and would rather someone else did it for you, we’ve recently launched our premium citizenship by descent service.

We’ll help you determine your eligibility for Croatian citizenship, go through all the application motions for you, and hand you a freshly pressed Croatian passport in the end.

Get in touch today. 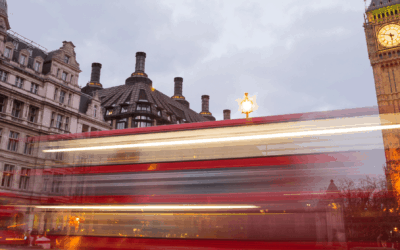 There really is no other country like the United Kingdom in the world. Its richness in history and... 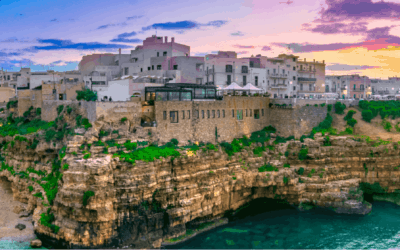 Millenia-old cities, unparalleled gastronomic heritage, and pristine nature have made not just... 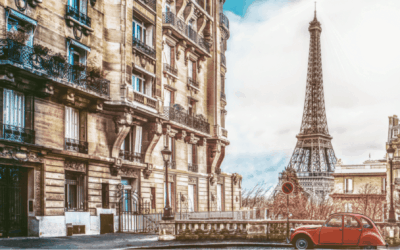 How to Obtain French Citizenship By Descent

With its culture and charm, France has the world at its feet. There is nothing more romantic than...