Will the FATCA Filing Requirement Ever Be Repealed?


Written by Andrew Henderson
i
Offshore | Renunciation of Citizenship

In recent years, I’ve worked with a number of people who have already renounced, want to renounce, or plan to renounce their US citizenship – particularly since I did so myself.

What’s interesting about former US citizens is that very few of them hate the United States. Not many are even totally opposed to paying some taxes. What drives them over the edge is the byzantine tax code, reporting requirements, and total unfairness of the US system of citizenship-based taxation that requires them to file, report, and pay tax no matter where they live.

(Side note: if you’re new here, there are still plenty of ways to legally reduce your taxes by going offshore – even if you’re a US citizen… it’s just more complicated than for, say, Lithuanians.)

One couple I’ve been helping recently made their reasons for wanting to renounce crystal clear: they’re tired of the FATCA filing requirements.

A couple of years ago, I had some hope that the 2016 election or even Trump’s tax reforms might help US citizens living and working abroad, but unfortunately, this onerous tax law remains in place. So, will the US ever wise up and repeal FATCA?

In 2010, the US government passed a law that would effectively make every bank and “foreign financial institution” unpaid tattletales for the IRS. The goal was to root out so-called tax cheats with gazillions of dollars offshore – money that has so far not really materialized. If the banks failed to comply, they’d be slapped with huge penalties and effectively shut out of the US financial system.

If you’re unfamiliar with FATCA and how it works, you can read our Ultimate Guide to FATCA.

Since FATCA was implemented, numerous banks now refuse to accept US citizens for anything from a simple bank account to a home mortgage. Many banks in countries like Switzerland flat-out refuse to deal with US persons under any circumstances – even if they actually live in Switzerland. My research team recently spoke to one bank in Liechtenstein that refuses to even accept former US citizens for fear of being penalized.

The reality is that the people hurt by FATCA aren’t offshore tax cheats – they’re your average workaday expats who just want a bank account to pay their bills. My friends’ ten-year-old daughter can’t even get a passbook savings account where they live in Europe.

While we help US citizens open foreign bank accounts all the time, it’s become far more complicated and the game is constantly changing thanks to the introduction of laws like FATCA.

How to Handle FATCA

Naturally, anyone who lives overseas – whether as an expat employee or a Nomad Capitalist looking to “go where they’re treated best” – needs to be concerned about the implications of FATCA.

Unlike citizens of just about every other country on earth, so-called “US persons” can’t escape FATCA simply by moving overseas. And if you don’t file, the penalties can be hefty, ranging from civil to criminal penalties that start with five-figure sums and go up to half or more of the value of your entire account.

So, not only do you need to complete the bank’s paperwork correctly, but you’ll also need to fill out IRS forms with your foreign banks. You’re also required to file an FBAR – a foreign bank account report – each year along with other forms, depending on your personal circumstances. Not doing so could be ruinous.

While this article is not intended to provide you with tax advice, it’s meant to show you why so many people who want to live overseas are considering the only way to FATCA-proof their lives: giving up their citizenship.

My reasons for renouncing were more personal than financial, but I can’t say that I miss filing stacks of paperwork each year. What I can say is that I personally understand that your decision to renounce can be emotional and why many people try to avoid it if at all possible.

However, the only way to avoid FATCA without giving up your US passport is to keep all of your banking and financial affairs within the United States. That may be worth considering for some expat employees, but here at Nomad Capitalist, we believe that being at the whim of only one country is a terrible way to diversify.

With that said, the next question is: “Do you expect a FATCA repeal? Is it possible FATCA filing requirements will be eliminated?”

My answer is a confident “no.”

Is there hope to repeal FATCA?

While I respect the handful of tireless crusaders seeking to eliminate FATCA and the extraterritorial taxation of US persons, I don’t buy into the seemingly endless and ballyhooed claims that an end to FATCA is right around the corner.

That’s because attitudes toward going offshore, legal tax reduction, and going where you’re treated best are getting worse, not better. 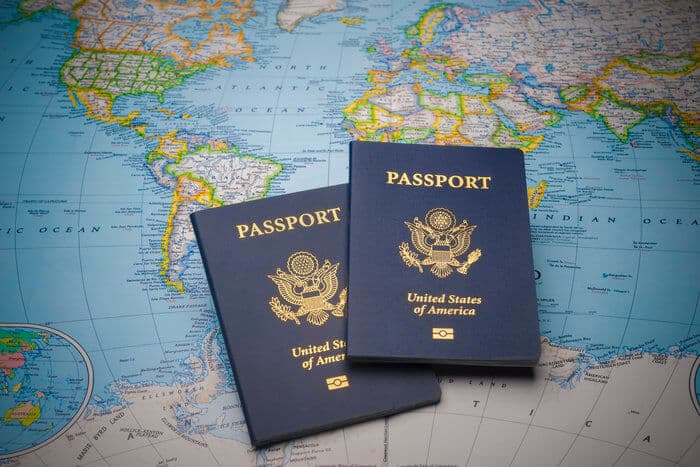 Many people are hesitant to give up their US passports since they hope that the US tax landscape might change in the near future.

The political party that is supposed to stand for lower taxes, smaller government, and individual liberty has taken on a mantra of “America First,” where foreign investment is discouraged through the tax system and by other means.

The opposing political party, on the other hand, is ramping up its tax-and-spend policies while claiming that the wealthy don’t pay enough, and it’s threatening new penalties against anyone who doesn’t want to pay up.

Simply put, there is little room in this equation for positive change for expats.

Having spent more than a decade traveling to more than 100 countries and living in quite a few, there is no country where the idea of leaving is viewed with such hostility as the United States. It’s simply in the country’s DNA.

That could be because, unlike Europe, the United States is relatively isolated. It might also be because most US persons don’t travel much, and even having a valid passport is seen as a sort of accomplishment. Whatever the reason, this cultural conviction pre-dated Trump and pre-dated the progressive wing of the Democratic Party.

My team probably couldn’t count the number of times some uninformed American commented: “If you don’t like it, leave!” – only to find out I actually did leave and then call me a “traitor.”

When I meet expats from the UK, Australia, Canada, and other parts of the high-tax developed world, they tell completely different stories of their friends supporting their overseas moves, even when those moves were to tax-free countries like the United Arab Emirates. Instead of asking “how dare you?” their countries said “good for you; please spread our values.”

This is a totally different attitude than the United States. I recall once having a conversation with a bureaucrat I happened to meet, and upon politely mentioning that filing a tax return the size of a small-town phone book was a bit burdensome, he all but exploded on me.

Sadly, he’s not the only one getting his way.

In addition to this cultural phenomenon, the world is simply becoming increasingly transparent. Nudged by the introduction of FATCA, the OECD – the lobbyists for high-tax countries that don’t like competition – helped roll out the Common Reporting Standard, or CRS. Under CRS, about 100 countries now engage in automatic information sharing.

FATCA has inspired the rest of the world to continue their march toward transparency. And while I believe in your freedom to keep more of your money, transparency isn’t always a bad thing. If you want to live in the United States, one could argue you’re agreeing to live by their laws and you should be liable to report and pay tax on your foreign bank accounts.

The issue is that the march toward transparency has ensnared those who wish to leave the system, but can’t. Those people are voiceless constituents who are too few in number to matter and too controversial at home to avoid being used for political points.

As long as politicians on both sides of the aisle can blame “greedy offshore tax cheats” and score political points from an increasingly desperate populace that sees stagnant wages and social unrest as its future, they will.

Like any empire, the United States will continue to stick it to the voiceless until it is no longer an empire. And despite the claims of the “doom and gloom” crowd since the 1970s, the US dollar won’t become toilet paper, nor will the United States itself fall tomorrow.

That is why I believe FATCA repeal is something doomed to never happen. Whether fair or not, you must govern yourself according to the principle that you can “go where you’re treated best,” whatever that may mean for you, and the US government certainly won’t ensure you’re treated best.