More than 90% of all countries have some kind of minimum wage legislation.

The debate about whether establishing a minimum wage is a good thing or a bad thing has been raging for over a century, but the concept is so common nowadays that it even sounds obvious that there should be a minimum wage. Many have trouble imagining the world without it.

However, the truth is that there are a few countries without this purportedly crucial legislation, and they seem to be doing just fine.

There’s one thing that the best economies in the world have in common: low government involvement. For most nations, that’s certainly not the case, and minimum wage laws have been a non-stop trend since the beginning of the 20th century.

This doesn’t mean that we at Nomad Capitalist want to pay people the bare minimum because we want to make more money for ourselves. On the contrary, what we would like to have is the power to make the decision of how much we consider to be adequate pay for someone in exchange for their services.

On the other side of the negotiation, we’d also like others to have the power to decide whether they accept the deal or not. A wage must be earned with hard work, experience, and level of skill, and to stimulate competition, a non-regulated job market is the next best thing.

In this article, we are going to talk about why the minimum wage isn’t as perfect as we often believe, and we are going to list the countries that thrive without it as an example of this.

How Does a Country with No Minimum Wage Work?

Although many of us couldn’t possibly imagine living in a country with no minimum wage, the reality is that you don’t need a minimum wage to have a functional economy.

It’s actually quite simple. Let any market work on its own, and basic economics says that it will organize, balance, and regulate itself based on basic concepts like supply and demand.

Believe it or not, this applies to the job market as well. What happens if a particular job is in high demand, but there are few people capable of doing it? Employers will have to pay more to make sure that they find somebody to fill the position. What happens the other way around? If there’s a job that’s not as demanding and many people can do it, employers will hire the person who asks for the lowest salary.

What’s the best part of this free market? The fact that the final decisions rely on the people.

Today, countries like Sweden, Norway, Denmark, Singapore, Hong Kong, and Austria are great examples of how things should be done everywhere else. In fact, these societies might be a couple of steps ahead of the rest.

All of these nations have lower unemployment rates and higher average salaries than most of their European and Asian neighbors. They also permit a large degree of labor freedom by allowing employees to freely unionize. Through unions, employers and employees have the freedom to negotiate fair minimum salaries – and the government has no say in the matter.

When did the minimum wage first begin?

Before we dive in too deep, let’s talk about the history of the minimum wage. The concept of a salary has existed for centuries, but the minimum wage is a modern development.

Minimum wage legislation first emerged in New Zealand in 1894. The Parliament of New Zealand gave recognition to unions and set a minimum wage to prevent employers from exploiting their workers.

Two years later, the state of Victoria, Australia, created a wages board to determine and establish a minimum wage for industries that paid the lowest salaries.

In 1904, the British empire got on board with this idea after studying what happened in Oceania, and the country began to establish minimum wages in the most underpaid industries, too, as a part of a social reform.

The United States followed this trend in 1912 when Massachusetts set a minimum wage for women and children.

In the 1960’s, Latin American countries adopted these laws, but they set their minimum salaries very low, and to this day, some of them still are.

To this day, the main reason why governments continue to enforce laws on minimums wages is to prevent employers from exploiting desperate workers and to make sure that people willing to work can earn a decent amount of money. However, as you’ll see next, a minimum wage might do more harm than good on that front.

How Does a Minimum Wage Affect an Economy?

Therefore, while a minimum wage does have some benefits, the idea that it’s an infallible economic policy is clearly false. Most business owners would agree that eliminating the minimum wage would be good for the economy.

In the US and other countries around the world, politicians have criticized current minimum wage levels as inadequate. US presidential candidate Bernie Sanders, for example, has called for a major minimum wage increase because the US minimum wage has not caught up with inflation and the rising cost of housing in many areas.

Raising the minimum wage, however, can be a gamble. On one hand, if you force wages up, people will spend more, which is good for businesses in general. This also means a major morale boost among workers, which would theoretically make them work harder and be more committed.

On the other hand, labor market competition would intensify because not everyone would be able to afford new employees. Raising salaries by law would probably spell doom for some small businesses that already run on a tight budget, and larger companies would even need to make strategic decisions, including layoffs and branch closures, to make up for this new cost.

One of the largest concerns surrounding raising the minimum wage is automation. McDonald’s, for example, has already started replacing employees with machines, supporting the real concern that a higher minimum wage will accelerate the path to automation.

Another concern surrounding a rising minimum wage is outsourcing. Although outsourcing has always been an issue, it’s a more pressing concern today thanks to the rise of remote working. If wages rise at home, employers will find it easier to outsource certain projects to other countries with lower costs of living.

Therefore, while raising the minimum wage can stimulate the economy in some ways, it could hurt businesses in others.

Something that frequently surprises people is that some of the wealthiest and most prosperous countries in the world have no minimum wage. Sweden, Singapore, Norway, Denmark, and Switzerland have all foregone the minimum wage – yet their economies are thriving.

The average salary in Sweden is about $2,500 per month with an unemployment rate of 6.0%. It’s also the 9th happiest country in the world.

Sweden is usually the reference for people dreaming about eradicating the federal minimum wage established by a government. However, these matters are wonderfully managed by very organized unions, which continuously negotiate wage rates in different industries to guarantee salaries’ fairness. Then again, if some are willing to work for less, they can.

The average salary in Singapore is about $4,152 per month. The unemployment rate is a remarkably low 2.2%. However, in terms of happiness, the country ranks 34th.

This small Asian country is an economic example for the entire world for a number of reasons. Singaporeans have a self-regulated job market that requires absolutely no intervention from the government. There’s no other country in the world that rewards employees more fairly based on their level of experience, skill, education, and capabilities. At the same time, this generates an extremely healthy competition among their workforce. This results in a country that’s very close to becoming the most high-tech economy in the world.

The only apparent drawback here is Singapore’s relatively low happiness rating, which is primarily due to social pressures in this very wealthy nation. However, among Southeast Asian countries on the World Happiness Report, Singapore ranks second.

Norway’s average salary is about $3,500 per month, and the unemployment rate is only 3.7%. It’s also the 2nd happiest country in the world.

Like Sweden, Norway is also a highly-unionized nation. Norway also has some of the best employee benefits in the world, such as job security, plentiful vacation time, fair wages in most industries, and better salaries overall – especially for workers in the construction or agriculture sectors.

The average salary in Denmark is about $2,400 per month while the unemployment rate is 5.2%. Additionally, it’s the 3rd happiest country in the world.

Like in Sweden and Norway, Denmark’s high wages and standard of living rely on the very-well-managed relations between employers and workers. Trade unions determine how much should a particular sector or industry pay its workers. Until this day, everyone seems very happy with the average $2,400 salary. They also have one of the best economies in the world, and its population is accustomed to a very high standard of living.

The average salary in Switzerland is about $3,000 per month. The unemployment rate is 2.4%. It’s the 5th happiest country in the world.

In 2014, the Swiss firmly rejected a proposal to legally establish a minimum wage. According to the Swiss, their job force doesn’t need any sort of government intervention, and they trust in their trade unions to keep good relations with employers and to guarantee the fairness of salaries in each industry. This nation is also used to high living standards, and they are the third-richest landlocked country in the world.

Finally, the average salary in Iceland is about $2,900 per month while unemployment sits at 2.6%. It’s also the 4th happiest country in the world.

Rated as one of the happiest and healthiest countries in the world, Iceland workers don’t rely on their government to establish fair salaries in different sectors. With some of the lowest crime rates in the world, unique landscapes, and a solitary geographic location, this country serves as a wonderful example of a healthy free job market.

A major shift in the minimum wage debate is ultimately very unlikely. Like I said before, the notion of having a minimum wage is so rooted in most countries that the very thought of abolishing it seems like a crime. It will take a few more years for leading economies to realize that the healthier choice will always be to keep governments from regulating and interfering with free markets.

Having a job is essential for everyone. The rising community of freelancers all around the world show that people want to take control of their work life and be less tied into government-enforced rules. The internet is making it possible for workers to determine by themselves how much they want to earn and how much employers are willing to pay, which is great news for digital nomads and international entrepreneurs like us. 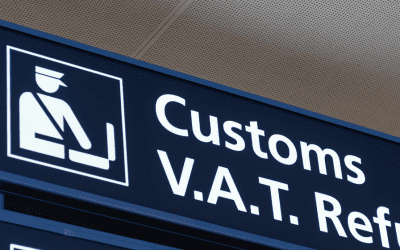 As a frequent traveler flying into the United States for business, the last thing you want to do...