The 5 Weakest Currencies in the World for 2021

There are many reasons why you should acquaint yourself with the weakest currencies in the world. You might be a “tripster” – a travel hipster – who likes to travel to offbeat, budget-friendly locations where you might enjoy the most satisfying exchange rates. Or, perhaps, you would like to monitor these countries for their investment prospects.

Another way to look at a country’s currency rate is to use it as a measure of its economy. A currency’s quarter-on-quarter performance can also reveal the country’s current state of affairs. A sharp decline in performance will spell bad omens for a country and an increment will mean good tidings.

2016 saw many bad performing currencies and some of the worst-performing currencies include the Nigerian Naira, the Mexican Peso, and the Turkish Lira. Following the military coup in mid-2016, the Lira slid almost 18% and the country’s external debt problems came into light.

Rating agencies S&P and Moody’s subsequently downgraded the country’s credit rating, even though some investors didn’t seem to care about the downgrades. Turkey’s tourism industry took a great hit and the country continued to spiral out of control after the unflattering results of its last presidential election (wait, should that be in quotes?).

A running theme for most of the bad performing countries is the price of oil. 2016 brought about the biggest slumps in oil prices in recent history and gravely affected oil-exporting countries. Such was the case for Nigeria – an economy that is 70% dependent on oil. Its currency, the Nigerian Naira slumped 37% against the US dollar as a result.

The slump in the Mexican Peso came about in the form of an almost 17% drop against the US dollar in 2016. The decline was spurred by the Trump election and his anti-Mexican spiel. Here is the list of five more of the weakest currencies in the world:

Long touted as one of Asia’s worst-performing currencies, the Indonesian Rupiah has performed poorly on a consistent basis since 2013. There are many factors contributing to its poor performance: namely its shrinking foreign-exchange reserves and its risk to capital outflows. The low reserves mean that the country’s central bank, Bank Indonesia, is unable to protect its currency from rising US interest rates.

The country’s capital flow vulnerability arises because overseas investors hold approximately 35-40 percent of Rupiah sovereign bonds. Tighter monetary policies in countries like the US – where most of Indonesia’s foreign investors are based – also does not bode well for the Southeast Asian country.

The country is also heavily reliant on commodity exports which is why, in lieu of falling commodity prices (due to China’s slowing economy), the Rupiah has declined by as much as 21 percent. The rupiah experienced the highest decline amongst the Asian emerging market in 2012 and 2013. In 2016, it still slumped in the double digits, declining by another 10%.

The government is trying to get itself out of its bind by focusing on growing the economy. Some of these measures include relaxing restrictions on foreign workers, cutting taxes, and increasing government spending. The good news: not a bad time to go to Bali, especially now that they’ve become one of the easiest countries to visit.

According to many measures, the weakest currency of 2016 was the Belarusian Ruble. Belarus is a commodity and energy-dependent economy… and a rather messy economy. It experienced a decline of more than 30 percent in 2015 alone and it subsequently underperformed in 2016 as well.

Russia’s economy is currently experiencing a recession and hurting from the sanctions against it. Belarus is subsequently affected because the former Soviet-Union country pegs itself and its economy completely onto Russia. Another former Soviet member, Kazakhstan also suffered because of Russia; its currency, the Kazakhstani Tenge performed equally bad with a 20 percent decline.

Adding to Belarus’ woes was the low oil prices. Belarus is the third most oil-dependent economy in the world after Libya and Singapore. The unsteady political situation in the country where the incumbent President is on his fifth-term in office, the Ruble is not showing any signs of a comeback anytime soon. Belarus’ ruble is one of the weakest currencies in the world.

The Malaysian Ringgit was Asia’s worst-performing currency in 2016, declining by as much as 19 percent. Malaysia’s problems arose when the country’s policymakers restricted trading in offshore ringgit non-deliverable forwards. The government at the time wanted to prevent the currency from sliding.

Things have changed since then as investors are showing renewed interest in the country again. There has been an influx of Foreign Direct Investment in the country as well as an improvement in its Current Account.

Investors are expecting lower declines against the dollar this year. Malaysia is still one of the most “liquid emerging markets” in the world and the Government is making amends to its short-sighted folly surrounding the limit on ringgit forwards.

The ringgit has performed so badly recently that Andrew recently announced he was purchasing a home as a “lifestyle investment” and as a way to benefit from future appreciation of the ringgit. The country is also doubling the price of its MM2H residency program.

This shouldn’t come as a shock to anybody. The UK’s inexplicable decision to leave the European Union is the single biggest reason why the country’s currency and its businesses went into hyperventilation mode.

While it may not be one of the weakest currencies in the world, it has certainly experienced the most depreciation. UK-based businesses are looking to skirt from the country, shifting their focus into mainland Europe, while the currency plunged to its 30-year low in retaliation as well. The Sterling Pound experienced a 17% decline against the US dollar.

Prime Minister Theresa May seems bewildered trying to solve the country’s problems as well. While the pound’s depreciation against the dollar and euro seems to have slowed, it is now the cheapest time to buy pounds in many of our lifetimes.

Because of its weaker economy, it could be said that the Argentinian Peso, which also fell by 17% against the US Dollar in 2016, is in a worse position than the UK.

The UK has the resources and the stability to find itself out of the mess it created for itself, but the Argentinians’ high inflation, fragile politics and poor political conditions paint a bleak future for the country.

Venezuela is a country in free-fall; that is literally a quote from CNN. Struggling with food shortages, incessant power failure and a dictatorial government, the full extent of the country’s problems remains shrouded in mystery.

Some local measures estimate the country’s woes to be the result of a 62% annual inflation rate but this number has not been confirmed.

Meanwhile, the IMF estimates the inflation to have been as much as 400% in mid-2016, anticipating 1,000% inflation in 2017. In short, the country is experiencing the hyperinflation problems akin to Germany’s post World War I.

In this case, being one of the weakest currencies in the world is a clear indication of deeper issues within the country. Egypt’s problems can be estimated quite accurately. In fact, it is possible to trace exactly why the country’s Pound performed so badly and took the top spot as the weakest currency in the world.

The Pound declined by as much as 59% in 2016 because of the Government’s decision to float its currency. To solve the country’s economic woes as well as to secure a loan from the IMF, the Egyptians took the bold move.

Yep, Egypt tanked its currency by more than half to secure a bail-out. Now, visiting Egypt is dirt cheap as Andrew recently discussed. It also means that Egypt is currently one of the cheapest countries in the world for great real estate.

It could be said that this is an adjustment period for the North African nation and its problems are not on par with Venezuela’s. But, it still has an unstable political system that it needs to remedy before it can register itself as a stable economy with a well-performing currency. 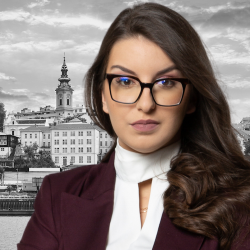