One businessman’s path to Estonian e-residency

This is a guest post by Sebastian, a German Blogger, Author and Online Entrepreneur. On his blog Wireless Life he teaches freedom seekers how to live and work location independent. He also organizes Wireless Workations for digital nomads in different locations around the globe.

As much as I appreciate the privileges of being a German citizen, I always got frustrated with the bureaucracy. After gaining perspectives through living and working in other countries, I realized there is not much of a difference in other countries.

Everyone who works location independent knows how annoying it can be to deal with company formations and banking outside your own country. So when I first heard about Estonia’s e-Residency — a program where everyone could get access to government services as a non-resident — I got really excited.

In May 2015 I signed up for the program and became one of the first e-Residents. Initially, my main motivation was curiosity. However, it did not take me long to realize all the benefits: having a quick and cheap option to incorporate within the EU, administering a company completely online, access to online banking outside my country of residence and all of that without snail mail and handwritten signatures.

The process for becoming an e-Resident was pretty straight forward. It took about two months, from filling out the application to picking up my ID card at the Estonian consulate in Shanghai. After paying the fee of 50 Euro (now 100 Euro), the Estonian Police and Border Guard Board performed a background check and notified me one month later. Another month later I shook hands with the Consul, picked up the ID card and downloaded the software for the ID card reader to activate my resident card.

In the beginning of 2016, I decided to finally make use of the services and set up an OÜ (Private Limited Company) together with my business partner. After having some rather painful experiences with incorporating in Hong Kong and Germany, I was pretty amazed at how convenient the entire incorporation process went.

The only requirement was a local (virtual) business address which can be provided by different agencies for less than 20 Euro/month. Two days after submitting the application form online in the Company Registration Portal and transferring the setup fee of 190 Euro, we got the confirmation that our company was adopted in the Registration Department.

For support during the registration, renting the virtual address and accounting, I can highly recommend the agency LeapIN (say hi to Erik from me).

Another key benefit is the easy corporate bank account opening. We went to Tallinn a couple of months ago to open an account with LHV. After filling out an application we got pre-approved before we actually went to Estonia. Once there we just had to sign with our ID cards and got immediate access to online banking.

After recent changes to the laws, it will probably be until the beginning of 2017 that the three big banks (Swedbank, SEB, LHV) can open the accounts remotely. Even so, I can highly recommend checking out Tallinn in person. It is known as a hub for startups and is often called the European Silicon Valley.

Certainly, there is still a lack of experience for non-Residents about doing business with an Estonian company — including banking, submitting annual reports and taxation — but the e-residency program is very promising for every freelancer and digital nomad. All documents concerning the company and the bank account are digitally signed, the administration can be done completely online and the taxation is very transparent (Estonia is pretty much the opposite of Panama).

Some good reasons for me to follow the developments in Estonia. 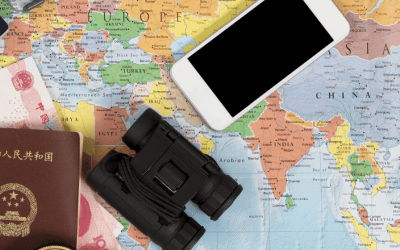 Dateline: Kuala Lumpur, Malaysia Having a second passport is an important diversification tool...