Getting a passport and dual citizenship in Mexico will make it easier for you to seize opportunities in the up and coming areas of the country. According to an estimation by Goldman Sachs, they will have the 5th largest economy in the world by the year 2050.

Manufacturing costs are low in Mexico which makes it a great country to produce in. There is also a strong incline of consumption demand, especially from US automakers and companies like Nabisco. This can make it interesting to obtain Mexican citizenship and to set up a business in the country.

Andrew has been talking before about the rising popularity of Mexican cities like Tulum. For anyone who wants to profit from the expanding tourism sector in Mexico, real estate investments can be very rewarding. Many investors talk with great enthusiasm about the future of cities like Tulum.

Unlike the situation in the US, there is much more freedom in Mexico’s market. Cancun is a great example of this. The city started basically from nothing and had the financial support of the government but stands on his own feet, now that it gained some momentum. Mexico really seems to understand how to stimulate growth, unlike its northern neighbor.

If you’re not looking to invest but want to retire in a luxurious beach resort, one of Mexico’s beach towns would be a great choice. In either case, having Mexican citizenship has several benefits and can make life a lot easier if you live there.

Mexico has proven to be one of the best countries in Latin America to set up a company. Right now, an impressive 6% of all people between 18 and 24 years of age own a company.

Engineering has been the preferred choice of many students in Mexico for a long time. About 120,000 Mexican students per year get their engineering degrees. Many of them try to start up a company nowadays though, instead of finding a job as an engineer.

A good example of the entrepreneurial atmosphere that’s present in Mexico is shown in the Startup Mexico initiative. This initiative tries to match up entrepreneurs with investors to help them realize their dreams. It can be a very inspiring environment for anyone who wants to start up a business and a great place to build up a network. 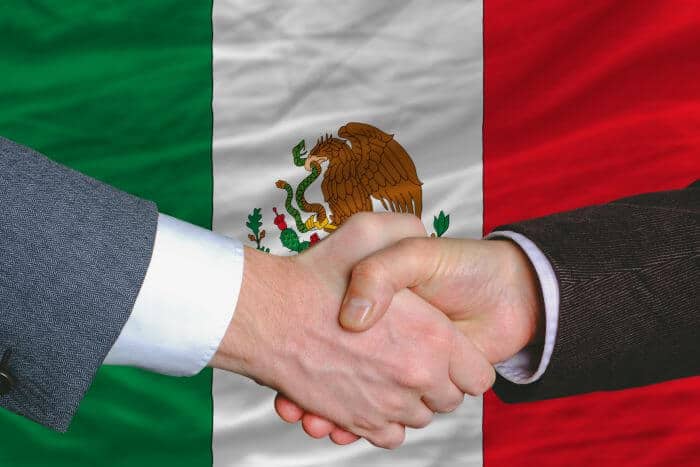 Setting up a business in Mexico doesn’t just give you a large market of Mexicans to supply to. The country’s location makes it easy to reach large groups of consumers in neighboring countries.

The United States is just one border away and the Free Trade Agreement has positively affected the trade between the two countries. Mexico is one of the biggest suppliers of export products in about half of the states in the US. Besides the US, the country has free trade agreements with over 40 countries in total. And if that’s not enough, Latin America is right on its doorstep.

There are interesting opportunities in Mexico if you’re in the internet or smartphone market. Right now, Mexico has a 38% internet penetration and less than 40% of the population currently owns a smartphone. This is expected to go up by a large deal, creating a massive demand in this market.

For example, the amount of Facebook users has been growing faster than anywhere in the world over the past years. Other social media have also seen a particularly strong rise in Mexican users.

After becoming a Mexican citizen, the government allows you to still hold a passport from another country. While in Mexico, you are considered a Mexican citizen and will be treated as such. Of course, if your home country forbids dual citizenship, you’ll have to choose.

Mexican nationality is given to a person that is born in Mexican territory or at least has one parent with Mexican nationality. If you don’t meet those demands there are still possibilities to get Mexican citizenship.

An important benefit of having Mexican citizenship is an increase in your freedom while in the country. It enables you to vote and to stay in Mexico without any visa hassle. You also don’t have to inform the government about your whereabouts or when you switch jobs.

It’s also possible and quite easy for Mexican citizens to own land near the beach or the border. This makes the citizenship very interesting for investors. Working with governmental offices is faster as you can use your Mexican voting card for quick identification.

How to get dual citizenship in Mexico

Even if you aren’t born in Mexico or your parents are not from there, you can still get Mexican citizenship by naturalization or by marrying a Mexican national.

Naturalization requires you to live in the country for at least five years. Your level of Spanish and knowledge of the Mexican culture will be tested during the application. This five-year residency rule doesn’t have to apply if you’ve made a significant contribution to Mexican society in the field of science, culture, business, art or sports (don’t plan on this unless you’re the next Picasso).

If you have a Mexican wife, it’s possible to get Mexican citizenship within 2 years of living in the country. You still need to pass the Mexican culture and Spanish language test. Being able to speak Spanish will definitely pay off for you as it enables you to speak with the locals in many of the Latin American countries.

Eric Vriend
Eric is a perpetual travel who has lived in China and traveled throughout Southeast Asia. As a bootstrapping entrepreneur, he shares stories of opportunity in Asia.