Tips for dealing with the locals when doing business in Chile

Whether you are closing a multimillion-dollar deal, renting an apartment, hiring an employee or selling your services, any business is built on the most simple of interactions between individuals.

And because individuals, traditions, and cultures are very different around the world, there will always be things to learn when moving to a new place and starting your own business there.

Having lived in Chile for seven years now, I have learned a couple of things about doing business with the locals, mostly the hard way.

I hope that my advice here will help you avoid some of the mistakes I’ve made and be more successful in all of your interactions.

At some point you will inevitably find yourself insisting too many times on the same things, agreeing on dates that don’t get met and waiting for documents that never get sent.

But anytime you bring this problem up, you still get a yes and a promise of completion in the near future.

My advice is to rethink or reformulate the deal because the real answer hiding behind those many “yeses” is a firm “no.”

Please understand that (usually) this is not out of a lack of respect for you or your mutual agreement – it is because you are respected that the yeses just keep coming, even when it means promising too much.

Chilean culture sees a direct no as impolite, which is why often enough Chileans will pretend to follow along and say yes to a deal that they don’t have any actual interest in pursuing.

So if you get too many yeses, you should change your way of talking to them or modify your proposal so as to get them interested again.

Never accept the first ‘no’

The flipside to a torrent of affirmations is just as tricky to deal with: never simply go with the first answer if it is a “no.”

This may be true in many parts of the world, but it is especially true in Chile. It applies from the tiniest interaction you can think of to the most important ones.

Getting a salad instead of french fries with your lunch can be just as much a challenge as closing a big deal that needs some details changed in order to go through.

Stay firm and insist, and you will be able to get what you want more often than not, without ever having to be obnoxious.

At some point you will have tried enough times – you will figure out how many are enough by getting in there and practicing, but rest assured that you need to adjust your scale upward.

Because we’ve always done it this way

As opposed to most other Latin American cultures, Chileans have a lot of respect for their country’s institutions and processes.

This obviously has both pros and cons. You will always know how the procedures are going to operate and that there is no way to shorten them as everything needs to work in a particular way.

This means you are able to foresee certain implications and take your own preventative measures (or simply resign yourself to deal with it), but it also means that you will have to endure long and tedious processes with many unnecessary steps defying all common sense (especially in comparison to North American standards).

Curiously enough, timeframes and deadlines do not rank as high in respect. But what would you expect? This is still Latin America.

My personal heuristic for coming late to a meeting is as follows: you get 20 minutes if you are a friend, 10 minutes if we know each other, and no leniency if this is our first encounter.

It’s a good rule in general, but you can forget about it when living and working in Chile.

Though it is a nuisance phenomenon that applies to all Latin cultures, it merits mention in this compilation.

Keep this in mind when setting up business meetings and waiting for someone to show up – it’s easy to get carried away by anger and kill a deal that would have come to fruition if only you had waited those extra ten minutes.

Not showing up on time is not due to lack of respect or interest in either you or the deal, but simply a function of cultural heritage. So make it part of your expectations and plan ahead so you can make the best use of your time. Bringing a book might be a good idea.

Stand your ground and bring water

At one point or another, you will find yourself standing in line at a government office and cursing everything that’s good and holy because nothing makes sense and everything takes too long.

The people in front of you take ages to explain their issue to the desk lady and she, in turn, has trouble navigating the horrendously old computer system to produce the information needed.

When it’s finally your turn she doesn’t understand what you want from her, and once she does it’s “no puedo, no puedo” (“I can’t do that”) because she doesn’t have the required authority.

At that point, you will be very angry, possibly tired, and simply want it over and done with at any price.

That’s when you should simply stand there and demand to speak with her superior, not budging an inch.

The people behind you will get angry too and you can use this to put pressure on her.

Eventually, she’ll call her boss and explain the matter and then you have a good chance of actually getting what you want.

I can’t tell you how many times I’ve cut short weeks and months of running between agencies and offices by bringing a bottle of water, good nerves, and iron resolve.

These are some of the more pervasive patterns I have seen repeated over and over, but of course, they vary from province to province.

I’ve learned to be more patient and at the same time know when to insist vehemently on getting my way.

I have also stopped worrying about whether a deal was going to go through or not. In the end, the only thing to do is become accustomed to how things are, strip yourself of faulty assumptions and dangerous expectations, and incorporate the new environment into your calculations.

After all, you can make yourself miserable by complaining endlessly or simply accept the reality and hack the system wherever possible.

Skinner Layne
Skinner Layne is an expat entrepreneur living in Chile. He is also the founder of Exosphere, a real-world bootcamp designed to teach new entrepreneurs how to succeed anywhere in the world. 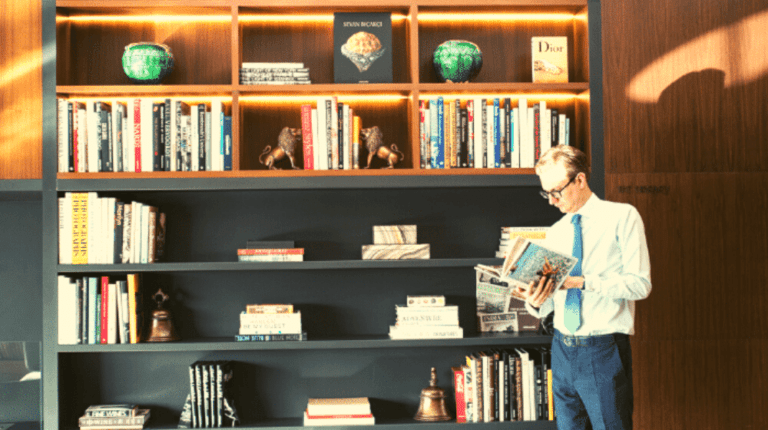