Do you qualify for the Foreign Earned Income Exclusion?

Just the other day, it was front page news on the business journals that the United States is now just “The Land of the Kinda Free”. The US is now the twelfth free economy in the world according to an annual index of economic freedom.

If you consider that a lot of countries with lower scores don’t enforce all of their allegedly horrible laws that make them less free, countries like the United States should rank even lower.

Of course, one such reason I believe that is because only US citizens must pay tax on their worldwide income. It’s the price you pay for services you never use, wars that could kill you, and great consular services.

I was speaking to a tax attorney contact of mine yesterday who was telling me just how basic some of the mistakes people make in taking their money offshore are.

One fact is simple: if you’re a US citizen, you owe taxes on every penny you earn until you renounce your citizenship. That’s true no matter where you live on earth.

In addition to the offshore strategies we discuss on this site, there is one way to legally minimize taxation on your personal income: The Foreign Earned Income Exclusion, or FEIE.

What is the Foreign Earned Income Exclusion?

The FEIE is the IRS’ way of letting you earn some money tax-free while living overseas.

Since most expats live overseas because of their job, and not necessarily to avoid taxes, many Americans overseas are subject to both US and foreign taxation.

If you’re an expat in Europe, Australia, or other high-tax countries, that could pose a problem. Many countries have double tax treaties, or DTAs, to smooth out these imbalances but they often don’t work perfectly.

Unlike a British or Australian or Cambodian, a US person living overseas can not simply declare him or herself “tax non-resident” and opt out of the system. Instead, he or she can claim the FEIE.

Under the FEIE, you can earn $100,800 in active income essentially tax-free. If you’re married, you and your spouse can claim twice that amount. Those are 2015’s numbers, and they are adjusted for inflation annually; in 2013 for instance, the amount for single filers was $97,600.

Note the word “active” there; the FEIE does not exempt passive income from investments, nor does it exempt capital gains. Unless the IRS deems you a professional trader or real estate investor, there is no way to escape those taxes short of handing in your US passport.

In addition to exempting the lower part of your salary from income tax, you may also be able to deduct certain amounts spent on housing. If you qualify, you could claim back approximately $15,000 in foreign housing payments each year.

How do you qualify for the FEIE?

There are two ways to qualify:

1. You maintain your “tax home” in a foreign country and are a bona fide resident in that foreign country for an entire tax year, starting January 1. You must be able to show ties to the local economy such as driver’s licenses, doctor’s bills, a lease, etc. You must also have what the IRS deems to be no intention to return to the United States. That means that a three-year work assignment overseas doesn’t cut it.

The easier test is this one…

There is a lot of back and forth in the tax law about just who qualifies for the FEIE. The IRS isn’t in the business of providing legal counsel, so it can get a bit tricky.

Which strategy is better? In my research as a non-professional, having a second residence overseas and spending time outside of the United States is the “safer” way to qualify for the FEIE.

You can live as a perpetual traveler and keep your time in the country to less than 35 days a year, but I can speak to at least one example where that strategy didn’t work.

That’s because the IRS can interpret your situation with great latitude. It’s important to talk to a professional tax advisor who understands expat tax. Even most high-paid CPAs in the United States don’t

Which US taxes does the FEIE exempt?

The Foreign Earned Income Exclusion exempts you from paying federal income tax. At today’s rates, that is a savings of roughly $25,000 if you earn the full exclusion amount for a single filer and obviously much more for a married couple filing jointly.

(Keep in mind that if your spouse is a non-US citizen, it may not be possible or advisable to file jointly.)

In most cases, your state of residence will also exempt you from paying state taxes. Ditto for most municipal taxes such as New York’s city tax.

However, if you are self-employed, you’re still responsible for MedFICA taxes on your entire income. That means the full 15.3%, with no deduction of the employer portion.

How an offshore company improves the FEIE

The idea is to set up a foreign company in Hong Kong or the British Virgin Islands or just about anywhere else. It is preferable, of course, to use a low-tax jurisdiction.

As money comes into your offshore company, you pay yourself a set bi-weekly or monthly salary. A tax professional can help you decide what is “fair”, but consider that the amount should be decided at arm’s length. No company would pay its only worker 100% of its profits… or 1% of them.

The US government loves to tell Wall Street CEOs how LOW their salary should be, but there are plenty of examples under which the IRS could tell you your salary should be HIGHER… and hence partially taxable.

By determining your own salary, you have the power to pay yourself an amount that can be wholly exempted from US income tax so long as your business qualifies you to do so. Any money you don’t take as a salary is held in the company as retained earnings.

Therein lies the difficulty in being a US citizen: if your foreign company pays you $100,000 of $1 million in profits, you have to wait to enjoy the rest of the money. It has to stay in the company as “retained earnings” or else you’ll be taxed.

Basically, carrying a US passport means you can’t live the millionaire lifestyle without paying taxes to a country you don’t live in.

Is it possible to pay no tax anywhere?

If your goal is to pay no tax anywhere, you have to make sure the country you’re living in doesn’t tax you either.

Finding a country with either no income taxes, or territorial taxation, is the key to running a minimal or non-existant tax bill.

In a country that assesses taxes on a territorial basis, money earned in the country is subject to tax while that earned elsewhere is not, no matter where you as the income earner live. A business run offshore would not be taxed.

Malaysia, one of my new favorite countries, has a territorial tax system, as does neighboring Singapore. Hong Kong, Macau, and the Philippines also have such a system, as do Costa Rica and other central American countries. In Europe, Georgia and Gibraltar are the only countries I know of with territorial tax systems, although countries like Monaco and (for now) Andorra have no personal income tax in most cases.

In countries like Ireland, the idea of professionals and entertainers using corporations to reduce their personal income tax is more acceptable than in the self-proclaimed freest nation on earth.

However, if you are willing to pack your bags and leave the United States, you can avoid tax on a good part of your employee income, and potentially all of your self-employment income, by using the tax law to your advantage.

Of course, this site isn’t run by tax professionals, so you should always consult one. I always refer my clients and private club Members out to a US tax attorney I trust, so if you’re looking for help, feel free to contact us.

Living in Dubai, UAE: An Expat GuideDubai is what you would call an expat hotspot. When expats... 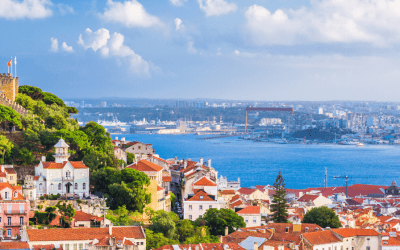 The Best Tax-Free Countries for Americans

Dateline: Kuala Lumpur, Malaysia Where can Americans go to enjoy a comfortable lifestyle and live...

Why I Don’t Turn My Empty Homes Into Rental Properties

Dateline: Kuala Lumpur, Malaysia As a highly successful person with six, seven or more figures to...