Potential risks of doing business in a frontier market like Laos

I don’t really fit in here in Vang Vieng. But I have a bit more business to conduct in Laos’ capital city of Vientiane – about three hours away by mini-bus – and I wouldn’t have been able to make it back from any of the other tourist spots further north in time for the meetings I have later today.

For years, backpackers have descended upon Vang Vieng from points throughout Southeast Asia. It was well-known as a no-rules paradise where cheap beer flowed quickly, drugs were available freely, and young travelers zip-lined over and jumped into the shallow waters of the river here.

If it weren’t for the fact that a couple dozen westerners died from cracking their skulls open every year, it would have been an anarchist’s paradise.

But then various forces piped up and convinced the Laos government that a bunch of kids dying on their river was hurting the country’s image.

I can imagine westerners, unfamiliar of the greater personal freedom and responsibility in this part of the world, said that the government “has to do something about this” – as if it’s the government’s fault that a couple of drunk people jumped into shallow, rocky waters.

And so the police got the word to come in and shut all of the bars along the river down. Gone are the dens of iniquity and water slides where people broke their necks.

Yet Vang Vieng is still very much a backpackers haven where alcohol flows freely and good times are had by all. Well, maybe except for me. I came here knowing I’d be the outsider in the crowd, but was willing to deal with it for the amazing views you get tubing down the local river.

It’s not that I have anything against backpacking. In fact, if I hadn’t been so busy anxiously starting a business at nineteen, I would have been doing it myself. But I’ve always been the guy who wants to talk about liquidity events while everyone else wants to do shots out of their friends navels.

You can guess which social circle is bigger.

Imagine, however, if your river bar – the one you’d invested into – was one of those shut down by the cops in an effort to save face for the country. You’d feel like even MORE of an outsider than I do here.

Several of the bars shut down by police here in Vang Vieng have re-opened. Some are even bigger now. And unlike what you’d expect in a draconian western nation, no one here really seems to care.

But it does go to show that the only reason black markets exist is because government thinks can solve the world’s problems.

I bring this up to make a point. The other day, I wrote about the importance of a foreign business partner for your overseas ventures. When bad stuff happens in a country, you need someone who understands what is happening and how to react.

Heck, it would be helpful to have someone when good stuff is happening.

I’m a believer that if you’re the backpacker with an entrepreneurial spirit – or if you’re just a Type-A traveler as I am – frontier markets like Laos pose a good opportunity for entry-level, scalable businesses if you do the proper research.

However, when dealing with any foreign country, you have to understand the government’s hot buttons. I can’t say I’m I surprised that Laos shut down the death traps along the river here in Vang Vieng. And I would have never invested in starting a tourist facility in a city whose entire reputation was based on debauchery.

Even now that many of the bars are back, tourism in Vang Vieng is still much lower than what is was two or three years ago. One traveler I spoke to at the last remaining original bar today said he’s been coming here for years, and the only thing that will turn the place around to its former glory is the stuff that caused people to die.

It was that sense of freedom that brought people here in droves to have lots of drunken fun.

The thing to remember when doing business in markets like this is to stay under the radar. I’ve lost track of how many different countries I’ve gotten that tip in.

Running a quiet business that grows over time: good.

Running a crazy business while promoting your “falang” involvement like Donald Trump plastering his face on the side of a building: even worse.

Just because there are far fewer rules here than in your bankrupt western country doesn’t mean there aren’t any rules at all. In order to navigate your way through those rules, you have to do your research, put in the time on the ground, and preferably involve a local in your business.

You wouldn’t want to be have your bar demolished in a city full of people wanting to get drunk. That would be a REALLY bad feeling. 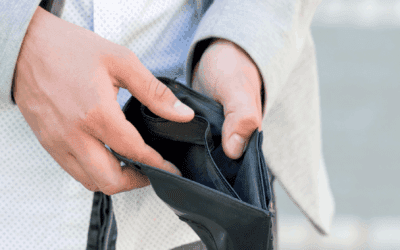