The US government shutdown shows just how unfree “America” is

I have to say, I’m a little embarrassed.

No, not for “my” country and all of the crazy things they’re doing to innocent people during the government shutdown. No, I don’t view one country as “mine”, as if I’m owned and defined by it. Just meeting three South Koreans at the mall during my dinner last night, none of them guessed where I was born, anyway.

No, I’m a bit embarrassed because after almost three weeks in Thailand, I have no idea what the national anthem is. Normally, you hear such an anthem playing in various government buildings or national sites. Go to Washington, DC, and you’ll hear it all day long.

However, get outside of the United States and the whole sense of “national pride” and cramming government songs down your throat slows to a crawl. The King is universally worshipped by people here, but there’s rarely even a Thai flag hanging somewhere.

Perhaps the government prefers its people – statistically some of the happiest in the world – to live more on their own terms rather than bragging that they live in the “home of the brave”.

That lack of government brainwashing outside of the United States is the reason I’m able to have much more pragmatic conversations with people around the world. They understand the issues with their government and the benefits other places could offer, while being proud of their heritage… not their nationality.

Living outside the Leviathan, I try to avoid the US news spin-cycle as much as possible. While I report things I believe you should be aware of, I’m not sitting around watching American news on TV 24/7. While I like to be informed, I find it a benefit to be able to stay away from the constant “breaking news” alerts and fluff pieces that even once-decent channels like Fox News and CNBC have descended into.

But I’ve been enjoying – and horrified by – the nonsense surrounding the government shutdown.

Let’s take a look at just some of what’s happened with the shutdown so far:

President Obama, the economic magician, declared that communities with lots of federal workers or businesses that benefitted from them, would end up in shambles.

Politicians of all stripes have appealed to the public to encourage their representatives to end the shutdown before it creates an economic holocaust.

Meanwhile, only 17% of the government is shutdown. Why can’t we shut down the rest?

After all, drone strikes in the Middle East been halted. The IRS continues to operate… although only to “collect payments”, not to issue legitimate refunds. Obama’s golf course is still open.

Like any other government shutdown, this one is designed for maximum pain. If you’re still proud of your country, here’s just a sample of what they’ve been up to:

Performing arrests on tourist buses carrying foreign travelers, some of whom don’t speak English. Said buses were and detained for hours for being in or near national parks; the same parks the government claims can’t be staffed during a shutdown. Some of the foreign tourists thought they were going to jail; welcome to the United States!

Arresting, and throwing in the back of a paddywagon, Vietnam veterans who set foot at the Vietnam Veterans Memorial. Despite a “government shutdown”, the government stayed open enough to deny the veterans’ application to hold a protest at the site, and they were arrested. Nothing scarier than a bunch of 75-year-old guys in fishing caps.

Threatening military priests with speaking to active duty military. The war machine, of course, continues during a government shutdown, but the government has threatened its own “non-essential” staff to not do their jobs, even if they work for free. In government logic, priests are non-essential personnel, while guys who fly drones and kill innocent children are very essential.

The list of arrests and threatened arrests goes on and on.

This is the country in which many Americans claim great pride. The one they speak out of against people like you and I who would rather go where we are treated best, rather than assuming ownership of the US government’s latest hijinx against innocent people.

All countries have a trajectory as they fall off a cliff. Whether it’s Egypt, ancient Rome, or the USSA, each country has a pattern it follows as it dives deeper into obscurity. That pattern is inversely correlated to the amount of power hoarded by a central government. 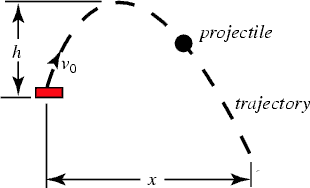 Just where is The Land of the Free on its downward trajectory?

When government officials can take your money but refused to give you back yours, that’s a new low on the trajectory. When their only job during a fake “government shutdown” is to threaten people with arrest while providing no useful information, that’s a new low, too.

Whenever I’m traveling and come across foreigners who tell me their dislike of George W. Bush, or US visa policy, or tell me some horror story they dealt with on American soil, I don’t shed a tear and say “I’m sorry that my country did that to you”.

Rather than apologize for things the government wants me to feel responsible for as their natural-born slave, I tell such foreigners that they’re justified to feel that way because I don’t care for the country, either. No excuses for how “this never happened before” or “it used to be such a free country”; I simply agree.

The government shutdown is exposing – just like the sequester did – that the state cares only about enriching itself at your expense as long as it can. Of course, you and I have known that for years. What kind of a shutdown is it when the only government left is the government that steals, kills, and intimidates people?

It’s… a government. That’s all they were ever good for.

The worst rogue regimes throughout history didn’t waste time making sure their people were fed; they actively fought AGAINST them having enough to eat. Every resource went into a military and police state so vast that it caused the country to suffer.

How many people do you meet these days who take pride in having lived in East Germany?

Eventually, the general public will wake up the way the East Germans, the Soviets, and others did when they realized what their government had done. Like Americans, these people took pride in the country and overlooked little things like foreign tourists being treated like dirt to make a political case. But by the time that realization is widely accepted, the trajectory will be at its end at the bottom of the cliff.

Will you be there to witness it?