It’s good to know that Seychelles is a pretty close second, and in a more esoteric sense, so is the island of Samoa.

This is a big question all over the internet.

I want an offshore company, how do I find the cheapest place to incorporate? What’s the cheapest way to do it?

If all you really want is the cheapest offshore company formation and you know what you’re doing, then finding these answers is very simple.

You type in the name of the country (i.e., Belize), along with “incorporation service” and “registered agent” and hit the enter key.

Plenty of people are advertising for this kind of service and all of them are competing when it comes to prices.

They’ll offer you $573 or $569 with a free tote bag for every Belize corporation you set up.

If you’re looking for the cheapest offshore company formation, shopping around for the lowest price on Google is the way to get it.

But the cheapest offshore incorporation probably isn’t the solution you’re really looking for.

The Expense of Cheap Offshore Companies 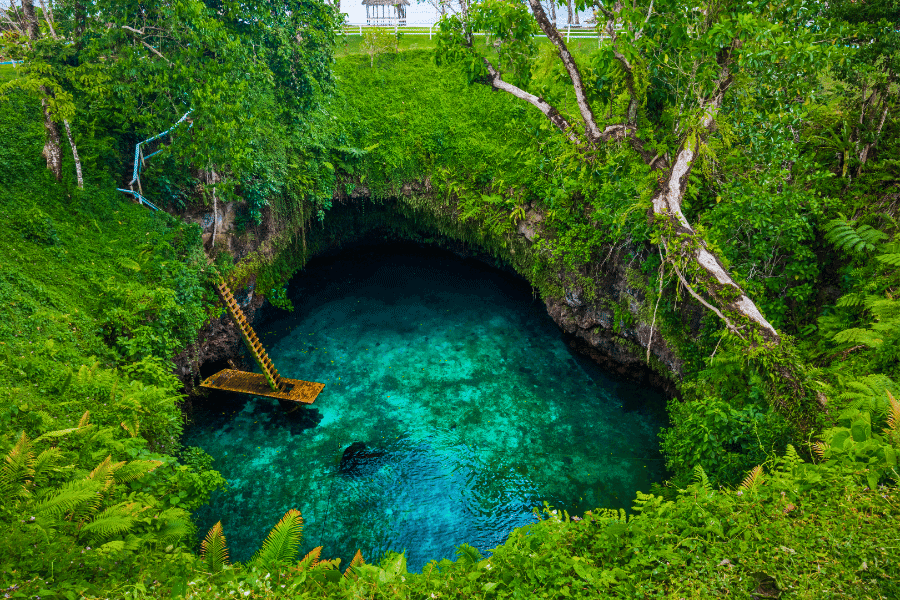 Sure, Samoa is beautiful and offers the cheapest offshore companies, but if it does not fit into your holistic offshore plan, cheap options could be useless and disrupt the rest of your business structure.

Over the years, I’ve learned the hard way about the high cost of doing things cheaply.

If you called up my old business partner from a decade ago, you could ask him all about how I would argue over some $200 invoice.

I was that guy.

While I understand that there’s a certain ego in being able to demand the cheapest, disregarding any difference between it and other products, the reality is that going offshore can be challenging.

And just getting the offshore account isn’t the only issue.

We have a video about a personal experiment I undertook to form a cheap offshore company online. For my $569 incorporation, I got sub-par service that didn’t solve my problem of trying to legally reduce my tax.

I’ve seen far too many people fall into a similar trap.

They think they’re doing things correctly just by moving their company into some offshore jurisdiction without changing anything else.

The problem comes from a misunderstanding of FATCA, the CRS, and all other kinds of automatic financial information sharing.

Setting up a company in Samoa might sound great on the phone.

Is it tax-free? Oh yes, it’s absolutely free under the laws of Samoa.

Can I take a dividend? Absolutely, there are no controls on dividends.

Can I move the money anywhere I want? Yes, with no problems or hassles.

This is all true in Samoa, but not in the US, Canada, or Australia where you will still have to pay taxes on that business because it is a CFC.

The era of hiding money – financial hide and seek, smoke and mirrors – is over.

That doesn’t mean you can’t open an offshore account successfully, it just means you have to go about it differently than before for it to actually benefit you.

There are a few criteria that you should be looking out for when deciding where the cheapest place is to incorporate offshore. 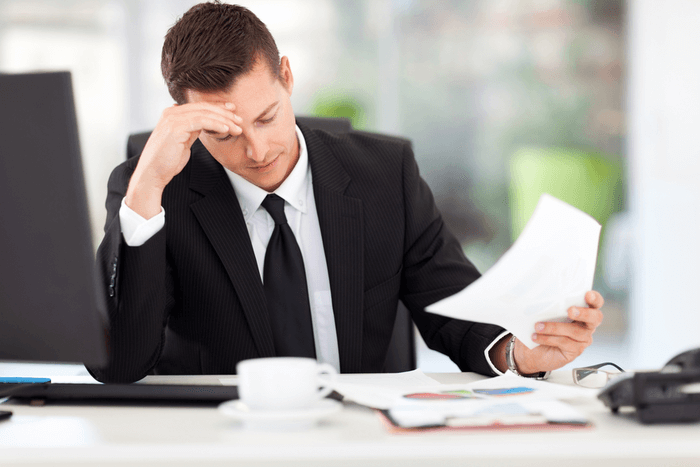 What good is a cheap offshore company if the jurisdiction’s reputation is so poor that no bank will accept you?

Number one is the reputation of the jurisdiction. Now, there will be some people who will disagree with me.

Who cares about the reputation of the jurisdiction? In this age of the Panama Papers, terror organizations, and drug cartels…

You can find governments that haven’t been caught up in Common Reporting Standards. Places like Belize and the Marshall Islands are still hesitating when it comes to upping their reporting requirements and aren’t so worried about where your money is coming from.

But you won’t find the same when it comes to banks.

Banks care about the reputation of the companies they deal with and are increasingly making it harder for companies from countries with low reputations to open bank accounts.

If you have that company in Belize or Samoa where they don’t really require much from the owners of those companies, you’re going to find that other banks don’t want to risk working with you.

You might get the offshore corporation formed easily, but then your banking options from there are going to be much more limited than if you had worked with a company in a place like Singapore.

For example, I’ve had people come to me from the Seychelles saying that their merchant account and their bank no longer want to deal with Seychelles.

Rather suddenly, their money is frozen until they can find some other place to deposit it and they’re left running around not knowing what to do.

Most people I know don’t want to keep their money in a bank in Belize.

They don’t want to keep their money in a bank in their home country or in some subsidiary, either.

They want to be able to protect it and keep it in a strong international bank that has great online banking with great features that’s safe and offshore.

One of these people that I’ve mentioned above came to me having done everything properly to set up his cheap company in Seychelles, but he couldn’t even get a bank account.

When we talked, he was still using his domestic company because making the transition was going to cost him a lot of money.

His money and effort were wasted.

If you get one of these cheap companies set up, you may find that you can’t even use it.

But even if it does work today, it may not work in a year or two.

One criticism I hear about Hong Kong companies, in particular, is that you need to file an audit, do some paperwork, pay fees, and pay extra to claim offshore in Hong Kong.

The bottom line, however, is that you want the foundation of your offshore company to be strong.

Setting up on some random island with lower standards and cheaper costs are just going to stack the deck against you, particularly as you move forward. 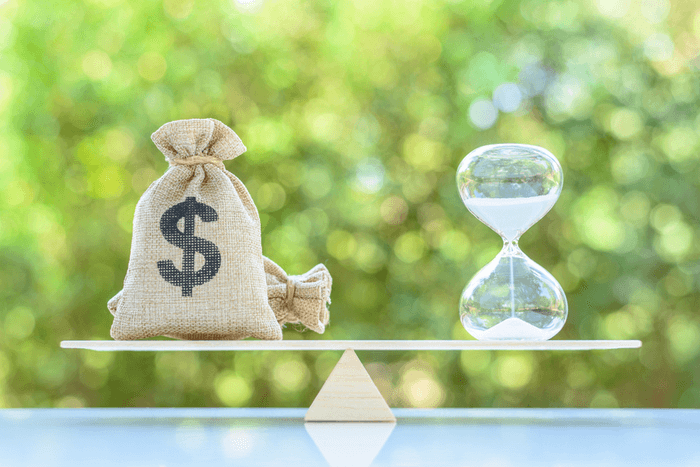 One way or another, you will pay to incorporate offshore. It’s your choice: time or money?

Your time is incredibly important. And with many of the places that you may be looking at to incorporate, while you will save money, you will end up spending a great deal more time making it work.

You will spend a bit of extra money in a jurisdiction with a better reputation, but that extra money will mean not sending so many documents back and forth to your bank. And you won’t get nearly as many questions from your bank about what you’re doing.

I understand that it can seem like it’s unnecessary when you can just go over to some island in the middle of nowhere and do absolutely nothing, but this is the 21st century.

There are options, of course. FinTech solutions, new banks and organizations trying to make things easier, and even cryptocurrencies.

But, at the end of the day, most people need a way to receive money from their customers, Amazon, or wherever.

They need a system that works, and works efficiently so that they aren’t wasting important time maintaining it.

If I need to go to Hong Kong and pay a little bit of money to do a routine audit, file an annual return, or check a box on a form, then I’m going to do it.

Because paying a little bit of money and working with the standards of a more reputable jurisdiction means I won’t be shuffling as many papers around all year.

Many of the cheapest incorporation options are going to have you doing most of the work.

You’ll end up paying in time what you thought you were saving in money.

[Update 2020: With the unrest and uncertainty in Hong Kong right now, many wonder whether it is still a good location for incorporating offshore. While it is not a place that I would visit at the moment, the financial sector is still operating.

The benefit of international diversification is that you can run your company from a jurisdiction without needing to live there. You can still get all the benefits of incorporating in Hong Kong without dealing with what is happening on the ground.

That said, if the uncertainty makes you uncomfortable, you have a world full of other options. Literally. That’s the other benefit of going offshore: you give yourself more options to choose what works best for you.]

The Irrelevance of Cheap Offshore Companies

In the long run, the goal of going offshore is to save money.

If you’re that six- or seven-figure entrepreneur, the amount that you can save going offshore is probably in the millions.

You don’t need to get caught up in paying an extra couple thousand now.

It’s important to make sure that you don’t waste your time trying to make a cheap option work.

Or get in bed with a country that is increasingly falling out of favor.

Finding the cheapest service to incorporate will take you just a few minutes in your web browser, but these services will come with all kinds of problems that ruin whatever you saved.

This is why the cheapest offshore company formations or countries are totally irrelevant in my world.

If you want help to create a holistic plan that will actually work, that’s what the Nomad Capitalist team is here to help you accomplish. Feel free to reach out.