“Own nothing, control everything,” is an oft-repeated phrase credited to John D. Rockefeller that people like to use in the offshore industry. Typically, people refer to this phrase to mean that you should be smart enough to protect your assets, avoid transparency and taxes, etc.

But a lot has changed since the days of Rockefeller.

The phrase no longer carries the weight that it once did.

However, the foundational principle is very interesting. I think there’s still some merit to it as a good idea to borrow from. I’ve used variations of this principle with my clients.

For example, I had a client recently renounce his US citizenship but also get a B1/B2 visa so he could go back and visit the US for up to six months at a time. When trying to decipher what his goals were, I asked if it was really the citizenship he wanted or just the ability to go and spend some time in the US on a part-time basis.

So, just like in this example, you can use the foundational principle of owning nothing that will cause you issues but controlling everything that’s important to you. You can do this by asking if you really need the actual thing – in this case, US citizenship – or just want the benefit, being able to visit the US.

Once you can differentiate between the two, you can find the path to achieve what you want.

Operationally speaking, however, this phrase is not very solid advice.

What I’ve found, in the era of information sharing, Panama Papers, crackdowns, and greater transparency, is that own nothing, control everything doesn’t really work. These ideas are largely promoted by people who want to sell trusts and those on the shadier end of the offshore industry.

I, on the other hand, am the goody-two-shoes of the offshore industry – so, no doubt some of these guys are going to complain and say I don’t understand or have any money. I’ll put my money up against the guys promoting asset trusts any day.

I’m not in the business of selling people tools to think that they’re owning nothing and controlling everything. It doesn’t work in today’s world… unless you’re trying to hide something illegally, which we thoroughly recommend against doing.

That is why I want to share the reasons why “own nothing, control everything” no longer works effectively for taxes, privacy, asset protection, and operational issues. Let’s take issue one by one.

Taxes in the Age of Transparency

Our day is not the same world as Rockefeller’s. We have FACTA, FBAR, CRS, and all kinds of automatic information exchanges which not only allow governments to get more reporting on what your assets are, but also to go after those assets in other countries.

If you’re trying to own nothing and control everything in order to get away with something or to beat the taxman, you’re going to have a lot harder time. Even countries that you wouldn’t expect have pretty good tax authorities and are doing a decent job of pursuing people.

The idea that you’ll put the money in someone else’s name and not report it – well they’ve got that covered there too.

In the case of FACTA and US persons, you’re required to even report accounts that you have a beneficial interest in or that you have signature control over. If it’s really your money, you have to report it. That’s what the law says.

Certainly, there are people willing to cut corners and hide things or misreport their money, but if the goal is to have better asset protection, being a criminal probably isn’t going to get you there.

From a tax perspective, obviously, since the days of Rockefeller there is significantly more information sharing, reporting, and enforcement on an international level. The idea that you can hide money in offshore bank accounts without reporting is a thing of the past.

There are, however, ways to protect yourself legally. If you’re a 7- or 8-figure entrepreneur, my team and I can help you find out a way to do so that works best for you.

A while ago, I spoke in another article about the death of tax havens. Traditional offshore tax havens are increasingly complying with reporting policies in order to satisfy organizations like the OECD and the EU, which desire more transparency.

The ability to have some opaque structure where you are the owner of a company but nobody really knows you’re the owner and ‘the company’ controls the assets is increasingly difficult.  Many corporate registrars are opening up to global organizations and disclosing data that used to be private.

With almost everyone and everything interconnected, and more countries being open in terms of business registrations, it’s increasingly difficult to hide any information.

Countries that have been welcoming tax havens in the past are also making things difficult for you in terms of having a substantial economic presence in their country. There are many new rules to comply with, which only further complicates trying to own nothing.

Privacy is an essential factor in the ‘own nothing, control everything’ ideology. Hiding the identity of the owner, facts about the company a person owns, or even the locations of the business is a thing of the past.

If the goal is to throw assets in a very opaque structure in order to hide and avoid taxation – that really is becoming less and less of an option.

Many mistakenly hold the idea that authorities can’t go after them if they technically don’t own anything. They feel safe if their name isn’t the one listed on the account.

However, what we’ve seen in several cases around the world is that judges look at what the substance of things is, not just what’s written down on paper.

I had someone come to me recently who was really into this ‘own nothing, control everything’ ideology. It made things really difficult to create a workable holistic plan for him. Everything came back to him not wanting anything in his name.

That’s not how it works anymore.

Simply not putting your name on accounts or businesses most likely will not be enough to keep tax authorities from considering your business and assets as taxable.

The Operational Issues of Own Nothing, Control Everything 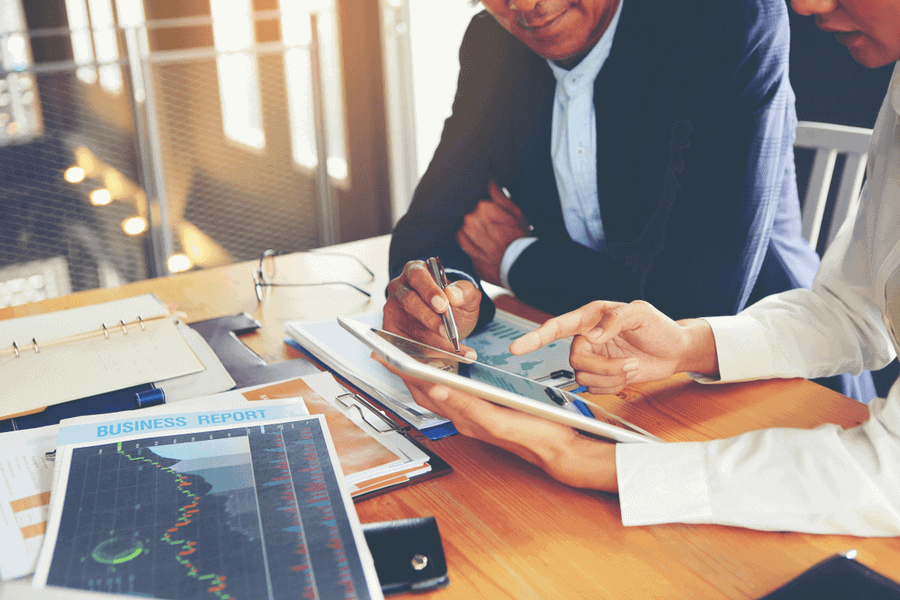 Trying to own nothing but control everything in this day and age will only cause you operational headaches.

Obviously, operational issues can be made easier by not only outsourcing but by working with higher-quality institutions – given a larger budget. This is one issue where, if you have $200 million, it’s easier than if you have $1 million.

We recently had a client who sold a business for about $200 million. He did a more watered-down version of ‘own nothing, control everything’ by having structures that fed into a legal tax plan.

There’s nothing wrong with having structures in place.

What’s important to consider, though, is that the more structures you have in place, the more difficult and expensive it’s going to be to manage. The average affluent person may not need some of the things they’re being sold by these guys in the trust industry touting the ‘own nothing, control everything’ ideology.

Once you have these trusts and corporate structures set up, you now have a beast to be fed.

Those who sell structures make money by you renewing those structures and keeping them up to date on an annual basis. They will only help you to create a bigger beast. They’re driven by profits. They want you to have a bigger beast that you have to feed through them every year.

I recently talked to one of my private bankers about how it would work if someone were to put all their assets in a trust. He said they would be moved from the private sector to the commercial division. They would no longer accept them in the private bank.

Now, obviously, there are private banks that are very familiar with trust structures and even specialize in that, so I’m not saying it can’t be done. But operationally, there will be more forms to file, more layers to deal with, more headaches.

This is not a one size fits all issue. I’m not saying that no one should have corporate structures or a trust. There are situations where that works very well for folks.

What I am saying is to not buy stuff that you don’t understand and that you don’t necessarily need under the guise of it sounding sexy to own nothing, control everything.

One thing I’ve found about the offshore business – even as I look back at my own interests in the very beginning – when you don’t fully understand all the rules or if you’re just looking at things from the sidelines, there’s this desire people have to be like a bond villain with 17 offshore companies in exotic places, with none of them in their name.

One thing that really solidifies why “own nothing, control everything” is potentially dangerous for someone getting into this game is just that. If it’s your idea of creating some glamorous life, you’re going to fail with it.

The best way I see people creating corporate structures and trusts is literally bit by bit. The more money you have, the more complication you can add while having more money to fund that complication. Coming in from scratch and just starting with this mindset can be potentially dangerous.

We live in a world of transparency, reporting, and rules that allow countries to go after your international assets. You may not like that reality, but it is the reality of the world we live in.

It is getting harder and harder to hide anything. While “own nothing, control everything” worked in Rockefeller’s day, it’s not as effective for our situation.

Here at Nomad Capitalist, we’re of the mindset that, instead of working to “own nothing, control everything,” your efforts are best spent working to go where you’re treated best.

Go where the taxes are lower.

Get citizenship in countries that will respect your privacy.

And create asset protection strategies that can hold up under the transparency of the world we live in.

Most importantly, keep it as simple as possible while ensuring you get the biggest benefit.

If you’re a high-net-worth individual, my team and I can help you legally and simply structure your assets and businesses to be used how you want by going where you’re treated best. Feel free to reach out to our team whenever you are ready.