How to Avoid Paying Taxes: Tax Evasion vs. Avoidance

Believe it or not, we get a lot of messages about big tax bills. Our helpdesk is often flooded with people who’ve found out exactly what personal and corporate tax rates are going to do with the income from their incredibly successful year.

Maybe they don’t have the money to pay, maybe they just don’t want to pay their taxes. Either way, these people come to us in the hope of figuring out how to wipe out this year’s taxes on income that they’ve already earned.

The unfortunate answer we have for many people is that they really should have called us a year ago.

This is one of those cases where the saying “an ounce of prevention is worth a pound of cure” applies. The best time to put together a legal tax reduction strategy is before you actually make money.

We live in a time of transparency. The days of secretive offshore banks and hiding income in this place or that are long gone. Tax evasion is a crime that has far-reaching consequences.

In this article, we’ll cover our stance on tax avoidance as well as how you can structure your life and business so that you pay less in taxes.

The Difference Between Tax Evasion and Avoidance

There’s a question that comes up whenever we start talking about reducing a tax bill: is it evasion or avoidance?

Tax avoidance is working with the tax code of the country where you’re obligated to pay taxes to reduce the amount you owe. If you structure your company correctly, tax avoidance is a legal way to help you keep more of your money in your business.

Tax evasion, on the other hand, is illegal. Tax evasion is what finally got mobsters like Al Capone who didn’t report their income and evaded their legal tax responsibility as a citizen. I hope it’s needless for me to say that we at Nomad Capitalist advise tax avoidance, NOT tax evasion.

I was raised to have a very ethical understanding when it came to paying taxes. I had a summer job in high school at a restaurant where I worked delivering carry-out orders.

When people pay the bill at a restaurant with a credit card, their tip is usually paid out to them with their regular paycheck. It gets reported as a part of their income and taxed. But, if the tip was paid in cash it was pretty common for waiters to pocket it and pretend the tip never existed.

Which is tax evasion.

This wasn’t something that was going to happen in my family. My father wasn’t raising a tax evader. All of my tips, cash or not, were reported with the rest of my income. I’ve kept to that standard and we at Nomad Capitalist help others to do the same, all while still reducing their tax burden.

The Stigma Around Tax Avoidance

The problem around the discussion of tax avoidance is that people will often bring a skewed moral perspective into the conversation.

For many people, labeling a waiter who doesn’t report a cash tip to the IRS as a tax evader seems a little heavy. If the little guy who makes a bit of extra cash helping the neighbor clean up their house or who wins the office super bowl pool doesn’t report that income when tax season comes around, no one will bat an eye.

The same people will be up in arms if the wealthy entrepreneur finds a way to legally cut down on their tax bill by taking their business offshore. How dare they take their money and talents somewhere else!

This perspective justifies crime based on the financial situation of the person committing it.

The stigma doesn’t make much sense. 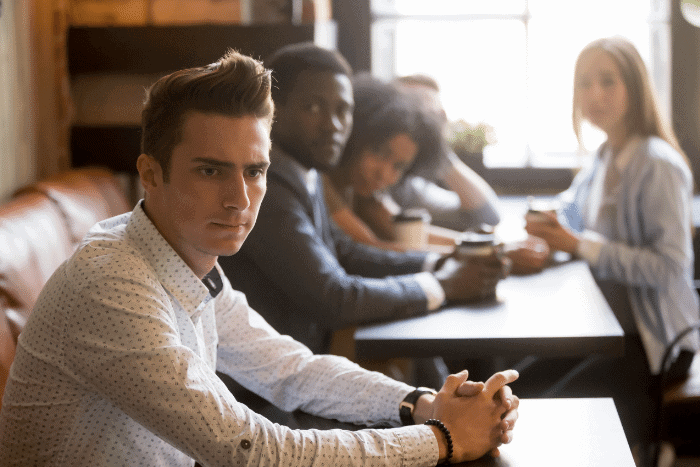 No one will fault you for moving away from home to improve your quality of life, even if that means moving from one state or country to another. It’s an understandable thing to do. But that understanding goes away the moment you say you want to live somewhere that won’t tax you as much as your home country does.

People will spend all kinds of time digging up coupons and discounts or scrolling through online reviews to make sure they get the most out of their money. The average consumer has a very healthy understanding of competition when it comes to dealing with producers, but none of that understanding goes into their tax bill.

The reality is that countries compete in the same way businesses do. Despite the social stigma, governments need businesses to bring cash into the country and will do whatever they can to make themselves more attractive to corporations and owners than the competition.

Using this global perspective on competition to help you structure your business and life will help you legally reduce your tax burden so that you can use that money to grow your business, support a charity you feel strongly about, or do whatever else you feel you want or need to do.

Can I Avoid this Year’s Tax Bill?

Knowing that tax avoidance and not tax evasion is the key, how do you get out of that massive tax bill you didn’t expect?

The short answer is that there probably isn’t much you can do.

This is a pretty common situation for people to be in. It’s human nature to put the tax bill in the back of your mind and focus on the income. When I started my first business at 19, all my efforts were directed at bringing in more revenue. I paid very little attention to how I could make sure that I didn’t have a huge tax bill by the end of the year.

And that first bill was a shock when it came in.

What I’ve learned since that first company is that there are ways to reduce the amount I pay in taxes, but most of those efforts need to be made before the company actually starts making money. Taking that company offshore immediately wasn’t going to save me any on my taxes. The business had been running in the US all year and I’d already earned income on it.

A quick fix at the end of the year wasn’t going to change the bad structure I’d been working with the entire time.

If you can financially justify setting up your offshore structure, starting offshore can help you avoid many of the issues and problems that come with transferring assets out. You’ll be able to start clean.

An International Mindset on Taxes

If you do decide to take the jump and go offshore with your business or life, there are other considerations that need to be made when it comes to taxation. The big question to ask when going offshore is if you have been overpaying. And if so, where?

The problem that many people run into is that these questions may not be ones your local tax guy can help you with.

I recently worked with someone who had been filing some of his taxes in the UK because he was doing some business there and felt he was legally obligated to pay. After going through everything with him, we found out he wasn’t supposed to be getting taxed in the UK and got him a refund.

One of the other big problems we deal with is people who come to us with something like $50,000 a year that they’re paying in taxes to the US without actually living there. We’ll go over their tax returns with one of our CPAs and show them things that their domestic accountant hadn’t even thought about.

For example, the Foreign Earned Income Exclusion (FEIE) makes the first ~$105,000 of income tax-free – a huge opportunity that these people haven’t taken advantage of.

When I first left the United States, I went to my domestic tax guy who did everything for me while I was running my businesses in the US. I told him about the FEIE, but because he didn’t know anything about it he assumed I didn’t qualify. We ended up going back and forth about it for quite a long time before I brought him around to the idea.

After all, I’d been in the US all of one week that entire year.

As another example, I worked with a guy from Australia who had left the country in February. He had made money since leaving and was still getting taxed on it in Australia. We were able to go back and show that he declared his intention to leave home in February so that he could claim that he was a non-resident for tax purposes.

Overpaying in taxes while trying to take your business and life offshore is a really common problem. Offshore taxes are going to be incredibly complicated for most domestic tax preparers because they just aren’t used to working with it. They are domestic-minded and so, no matter how easy it might seem to you, it’s going to be a struggle for them.

Now, it isn’t a bad thing for them to be focused on domestic taxes. That’s where most of their business is going to come from. But the benefits of working with people who know what you’re trying to achieve is going to give you markedly better results.

Chances are, you’re going to be overpaying somewhere if you depend on an accountant who doesn’t understand everything that comes with going offshore.

What’s happened has already happened. There are a few things that might have been overlooked, a few benefits that you might be able to take advantage of to reduce your current tax bill. Maybe you shouldn’t have been a tax resident in a certain country or maybe we can do an income allocation to exclude part of it from being taxed.

But you probably aren’t going to have much opportunity to reduce this year’s tax bill to zero. With some proper planning, however, you can change that for the future.

You can create a strategy that will help reduce your tax rate to zero or whatever you’re comfortable with. With experienced help you can build out a residence plan that allows you to go where you’re treated best. 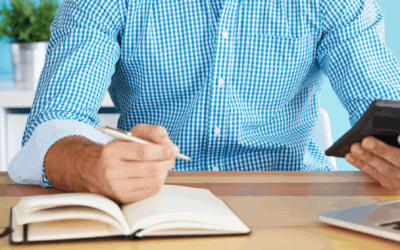 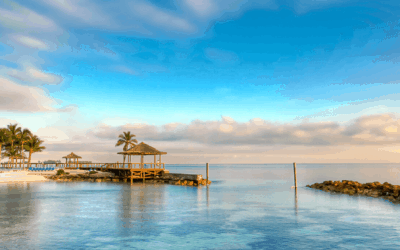